If you’ve been to Marina Bay Sands recently, you might have noticed a ‘floating’ glass orb across Marina Bay waters.

It’s highly likely that this elusive orb is Apple’s new store in Singapore. After all, Apple’s CEO Tim Cook mentioned during his last trip here that Singapore could use a third store as the one at Orchard is “pretty full”. Additionally, news sources have reported last year that Apple’s third store will be at MBS. Now, that further confirms our speculations.

This unique dome-like structure is also said to be linked to MBS through an underwater passageway, similar to the Louis Vuitton maison boutique.

Rumours also suggest that the store is designed by British architect company, Foster and Partners, who also designed Apple’s first outlet in Singapore.

If this is indeed Apple’s third and newest store, we’re excited to see what the interior looks like —we’re expecting sleek and minimalist designs just like its other outlets. The tech giant has not confirmed anything yet, but it’s only a matter of time before this piece of news is finalised as works look to be nearing completion.

What do you think? 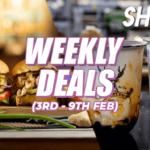 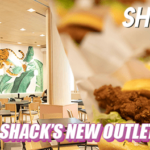