June is the month when we celebrate the #FreedomtoLove. Fashion has long been a medium for groups to express their opinions on salient issues that they cannot explicitly address. In 2016, many fashion brands have released collections and collaborations to raise awareness and understanding of the LQBT community amongst their fans, marking a significance step towards a more tolerant and open society. Here are some that we are really excited about.
1. ACTUALLYSG X MASH-UP X PINK DOT

Here’s a collaboration for the young-at-heart – ACTUALLY has collaborated with home-grown label MASH-UP to release an exciting new capsule collection in support of Pink Dot SG which is happening on 4th June 2016.
The collaboration is the embodiment of a good balance between ACTUALLY’s minimalistic style and MASH-UP’s wacky and loud designs.
The explosion of vivid powder pinks, blues and yellows (very Pantone, very trendy) celebrates Pink Dot’s slogan, “Freedom to Love” and the support of our local LGBT community.
Featuring whimsical yet wearable pieces such as baseball caps, tote bags and t-shirts, these mildly OTT pieces can be incorporated into outfits easily. Through the use of familiar cuts and pastel colors, the designs are able to encapsulate a sense of nostalgia, playfulness and innocence, paying tribute to the local 1990s era.

The crown in the design chosen by Mash-Up symbolises one’s free will to don the regal crown and feel like a king or queen regardless of race, religion, gender, social status or wealth. Most importantly, the capsule is a reminder for us to stop discrimination and hate towards the LGBT community and appreciate the equality of Love.
The collection is available at ACTUALLY, #03-18 Orchard Gateway and on their online store www.actually.sg. Part of the proceedings from the collection would go to the running of the actual event. 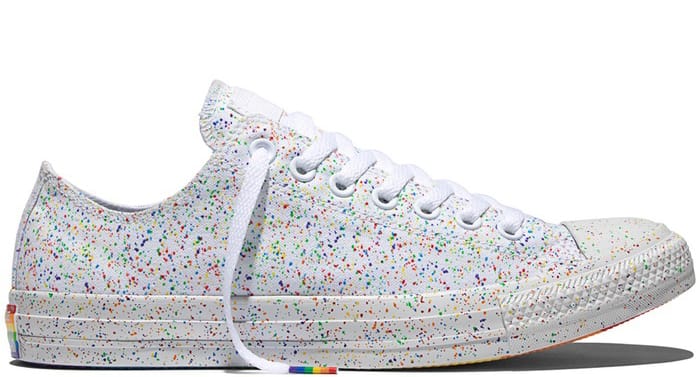 Ever wanted to walk on rainbows? Now you can – in the form of the Chuck Taylor All Star Sneakers. Converse has released its 2016 Pride Collection, which are three colourful new Chucks designed for the purpose of being worked at pride parades, concerts, jubilations and beyond. The ox and hi silhouettes gets a colourful revamp this Spring, all-over colourful splatters of rainbow and rainbow weaves on the premium woven upper.

Beyond just a pair of rainbow coloured shoes, it was inspired by all the LGBTA communities around the world and serves as a passionate reminder for universal tolerance, diversity and equality – encouraging the creative community to be their most authentic selves. Literally baby steps towards Freedom to Love!
The new 2016 Converse Pride Collection will ONLY be available at 2 Converse retail stores ( ION and Ngee Ann City), May 13. The hi-top will retail between SGD $109.90 – $119.90 and the low-top at SGD $99.90. 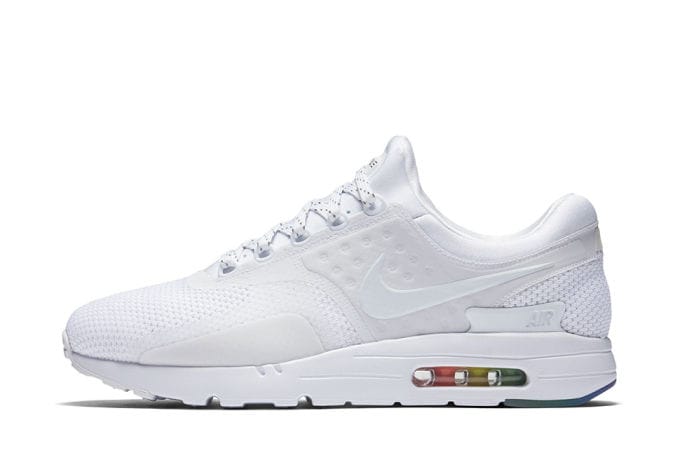 To commemorate this year’s Pride celebrations, Nike has announced the first piece of this year’s “Be True” collection: a rainbow-studded Air Max Zero. 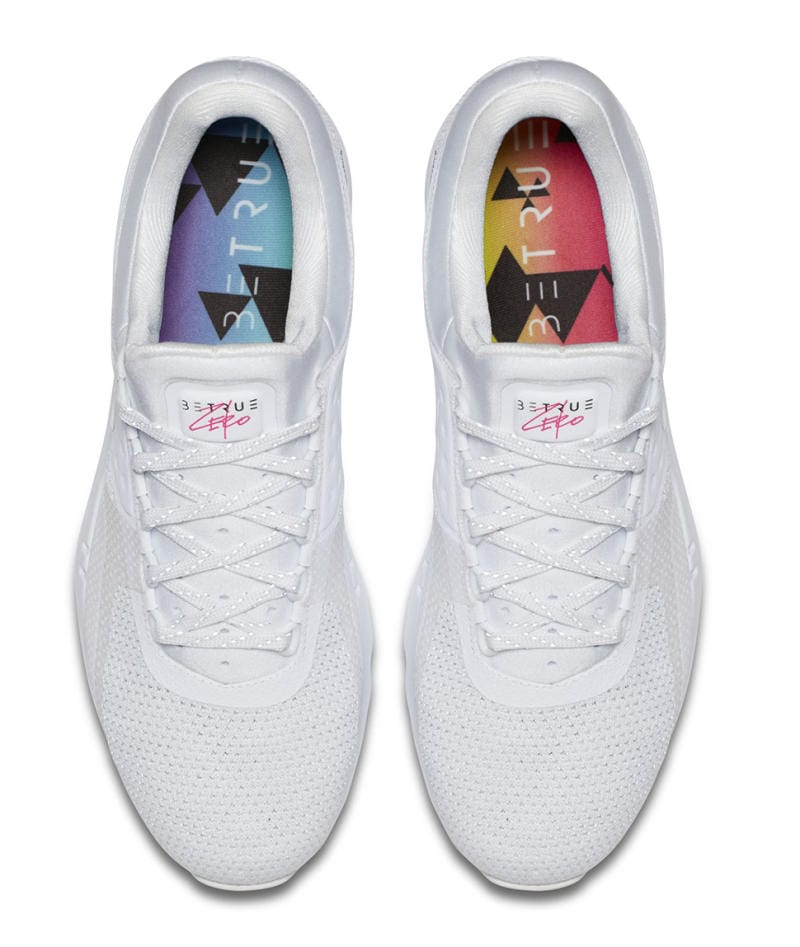 Instead of a vibrant extravaganza on colours to celebrate the month of universal love, Nike takes a subtle route- giving the sneakers a clean and simple design. The kicks are predominately white, from sole to upper to laces. The iconic rainbow peeks through on the Air unit insole and a touch on the heel of the outsole that would be easily missed. But the shoe does make up for it with a touch of sparkle. Flecks of 3M reflective details are embedded in the laces and the heel for an eye-catching shimmer.
The Air Max Zero “Be True” has no official release date, but is expected to arrive early June. 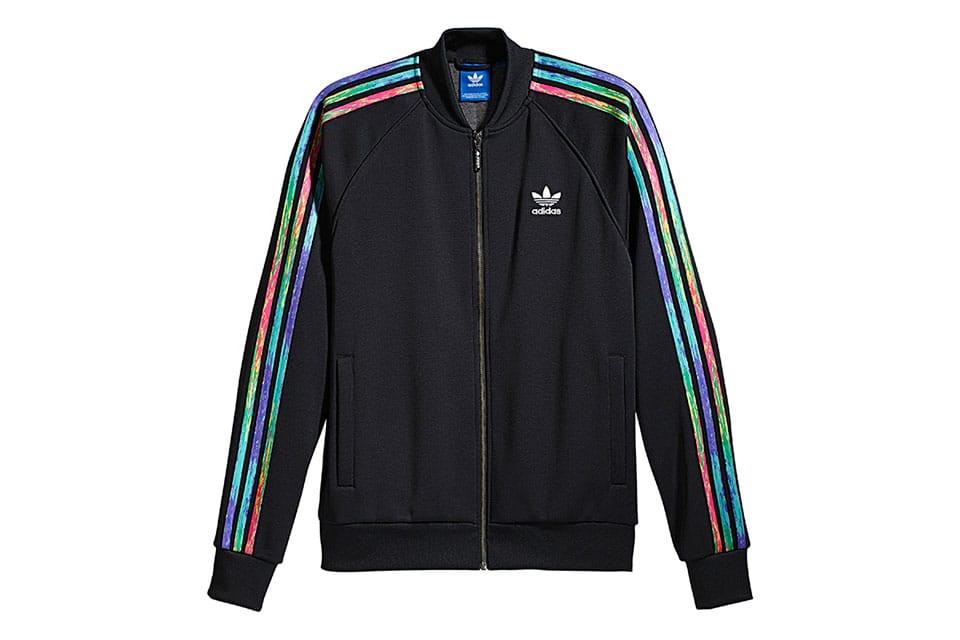 Adidas has also released their comprehensive new ‘Pride Pack” in conjunction with this year’s Pride celebrations. Iconic pieces from the staple Adidas wardrobe such as the caps, drawstring bags, t-shirts, are given a colourful makeover. The quinessential 3-Stripes tracksuit and pants are given a special treatment, with multifaceted, shimmering stripes running down the leg of the pants, giving the familiar silhouette a colourful spin. 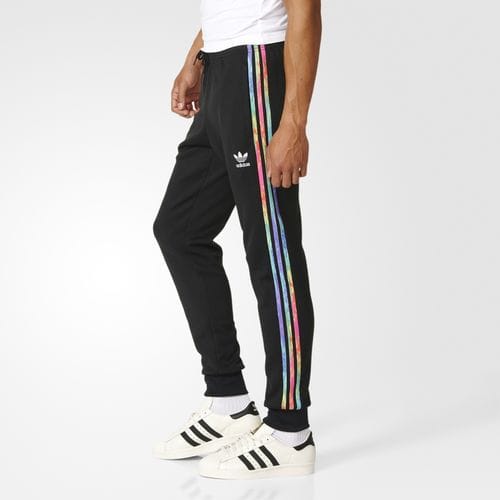 Fans of sneakers will also be excited about the two updated Superstar 80s and Stan Smiths that will of course be given a healthy splatter of rainbow and rainbow laces.
The adidas Pride Pack would be available from June 1 online.

5. Wear your Levi’s with pride. 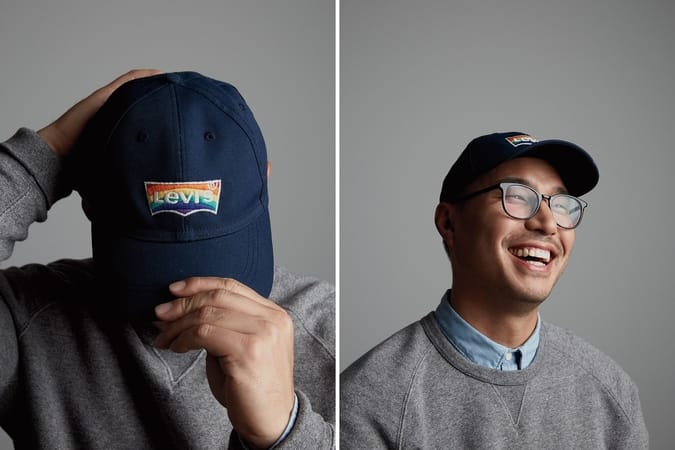 Levi’s has been a faithful denim companion to many people for over 160 years, and has been a strong ally of the LGBT community. In recognition of the month of LGBT history, and to commemorate the legacy of US politician and activist Harvey Milk, Levi’s is releasing its Pride collection worldwide for the first time. 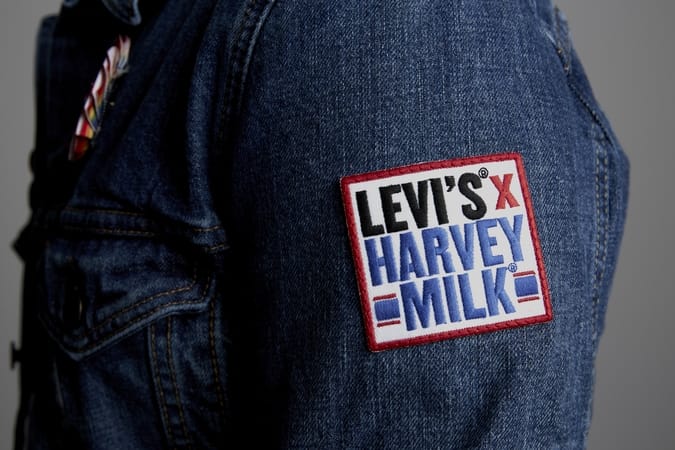 The collection celebrates momentous events in gay rights history with a gender-neutral lineup of t-shirts, jeans, jackets and accessories. 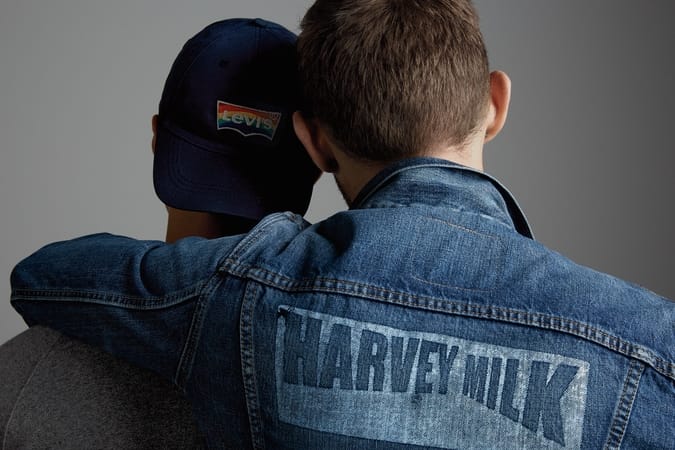 A Levi’s rainbow patch is slapped on each denim piece with some also carrying a Harvey Milk bottle patch. A special edition of the Levi’s trucker jacket is graced with Harvey Milk’s inspiring quote: “Hope will never be silent.”
Part of the proceeds will be donated to the Harvey Milk Foundation, which was set up to continue the activist work of the man who became the first openly gay person to be elected to public office in the US in 1978, before being assassinated just 11 months later.
The Levi’s x Harvey Milk Foundation Pride 2016 Collection would be available from Levi’s online and in selected Levi’s stores from June 1.