Spicing up your mala game 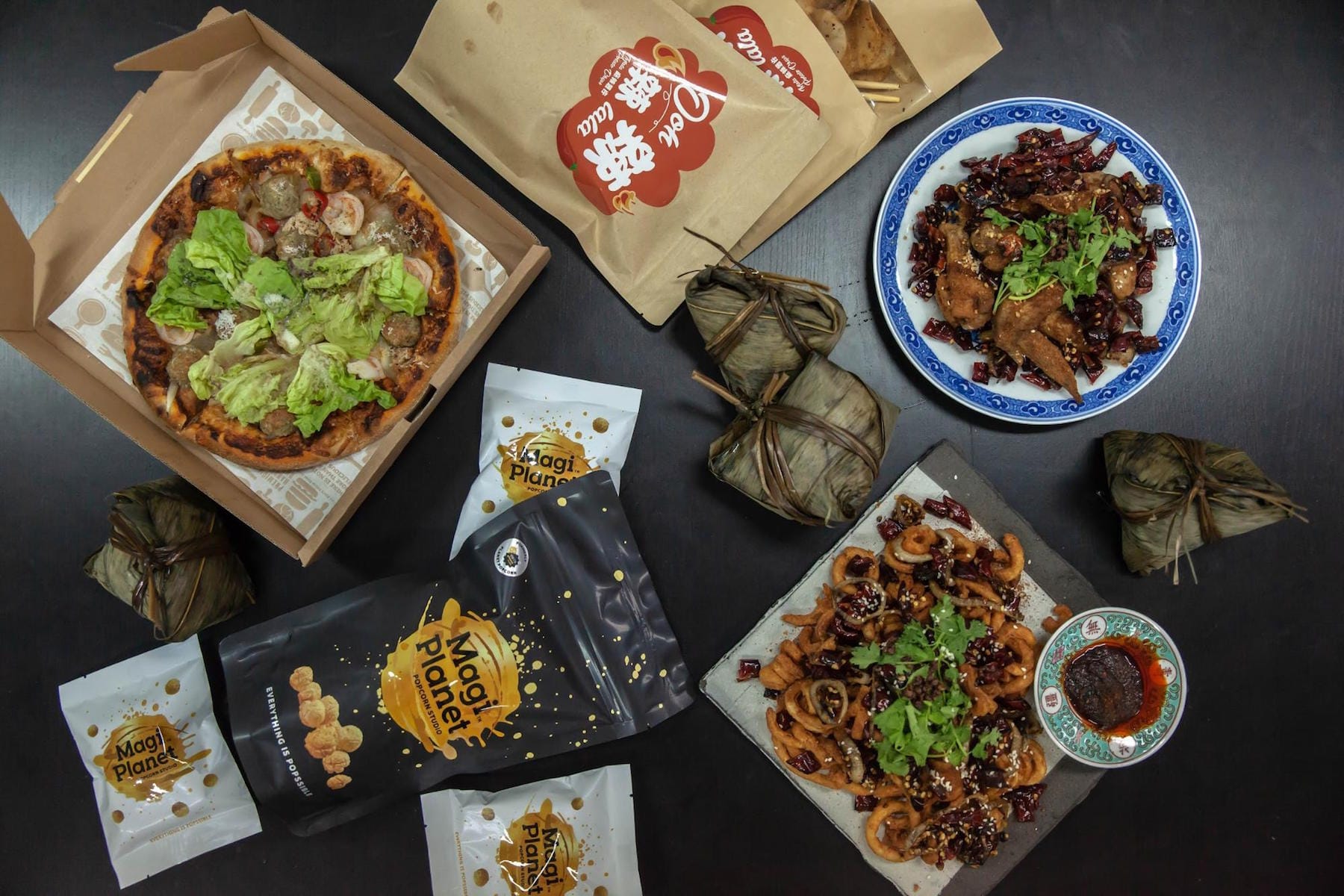 For many of us, “Want to eat mala?” has become one of the sexiest pick-up lines ever – or perhaps not, but jokes aside it’s safe to say that the mala craze is everywhere, and has spread to unconventional items like chicken rice and spam.
This is amazing for a mala-lover like me, so I’ve found 6 interesting mala-inspired food items that you can put together for a mala party of your own and take your mala game up a notch!
For spice level reference, the least spicy mala xiang guo is usually just what I go for, which will be a 3 out of 5 – 1 being McDonald’s garlic chilli, and 5 being the spiciest option at a typical mala stall. 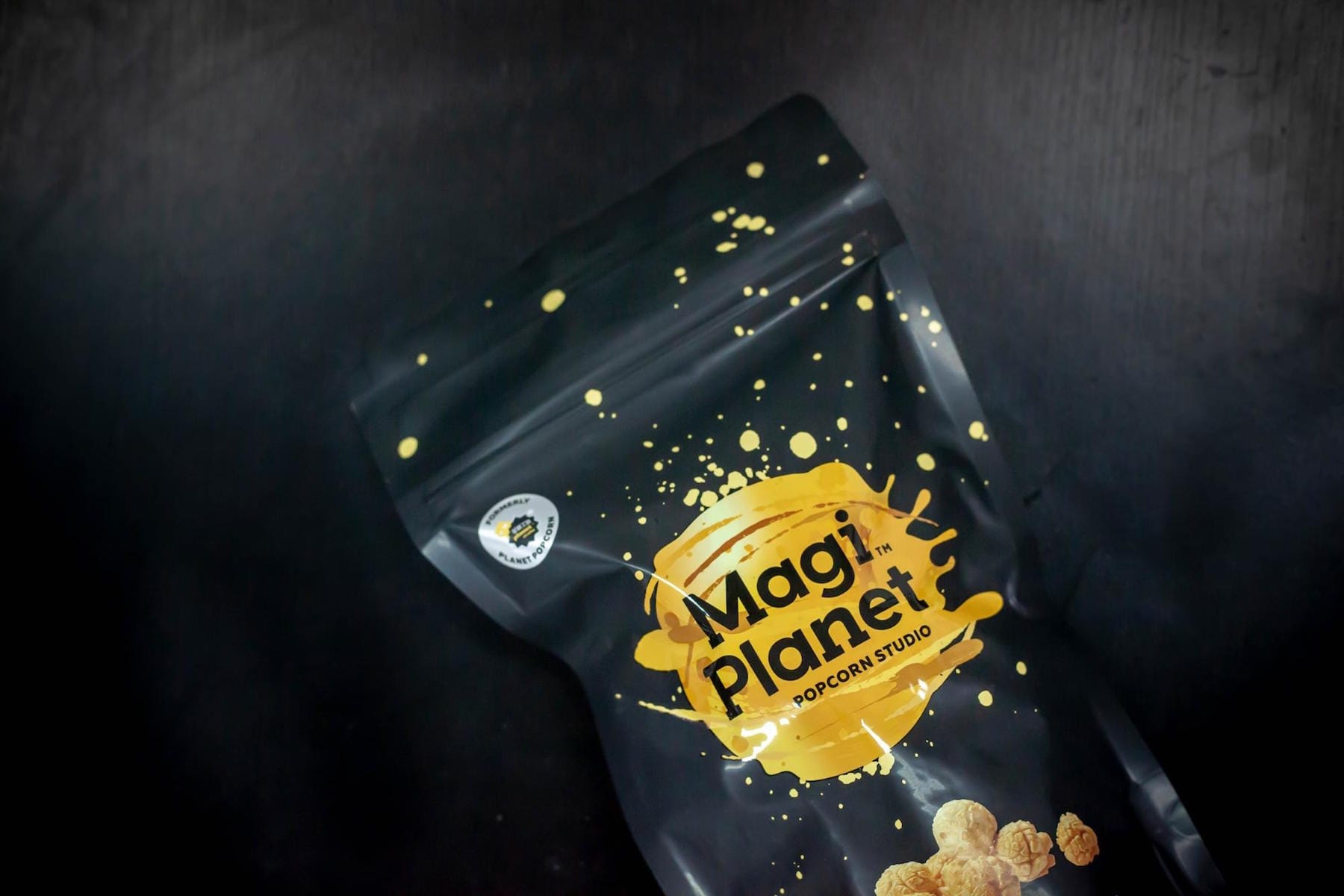 If you prefer the classic “sweet or salted” over wacky flavoured popcorns, Magi Planet’s Sizzling Mala is a flavour that’s still worth a try. Made with herbs and spices from Sichuan that are commonly found in mala dishes, there’s definitely not as strong a kick as the mala xiang guo, but it does achieve that fine balance between mala’s signature peppercorn taste and the buttery sweetness of a popcorn! 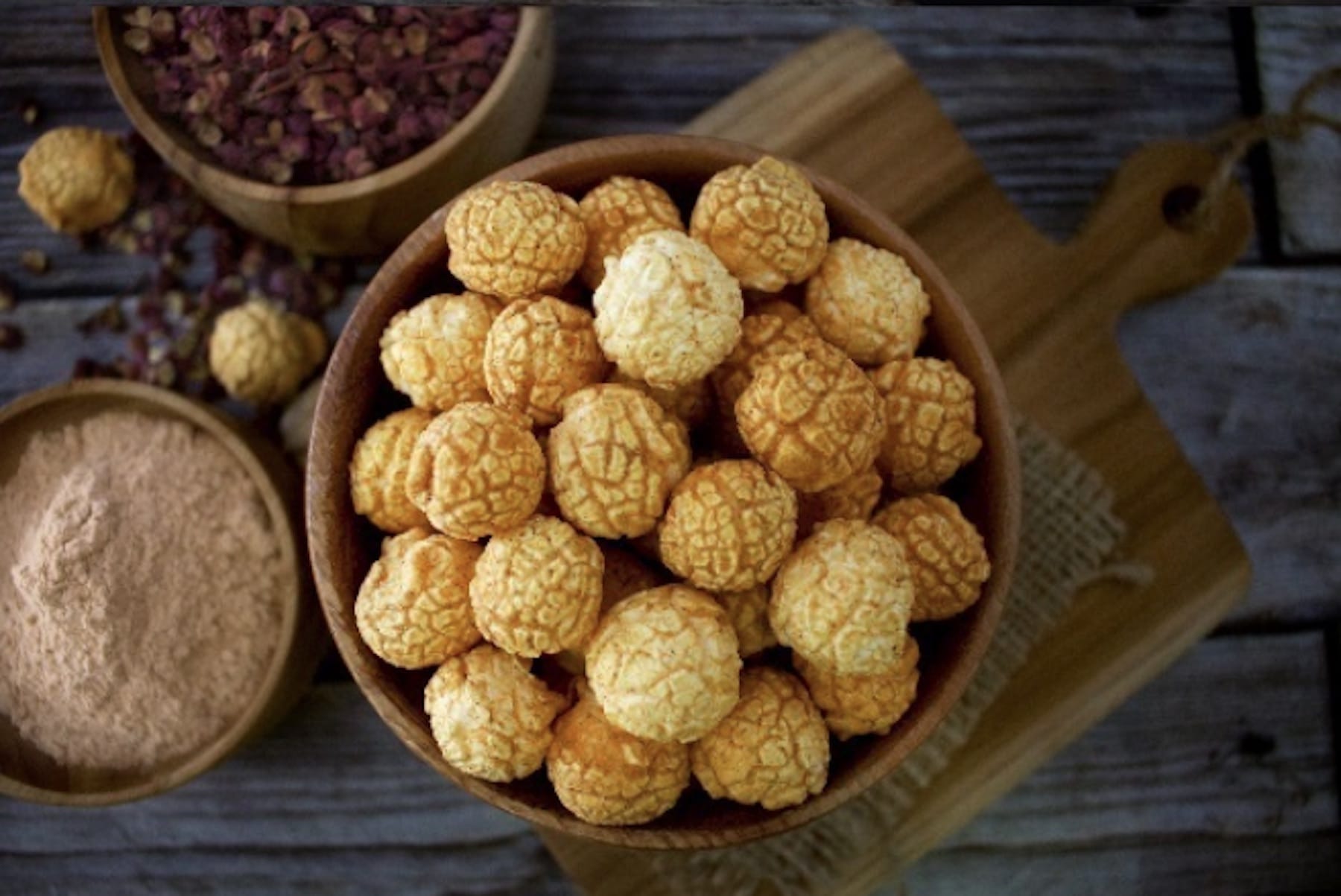 Great for those who struggle a little even when your mala xiang guo is at the least spicy level, each pack (110g) is retailing for just $9.20, and can be delivered to your doorstep within 1 – 3 working days!
Mala spice level: 1/5
Order here. 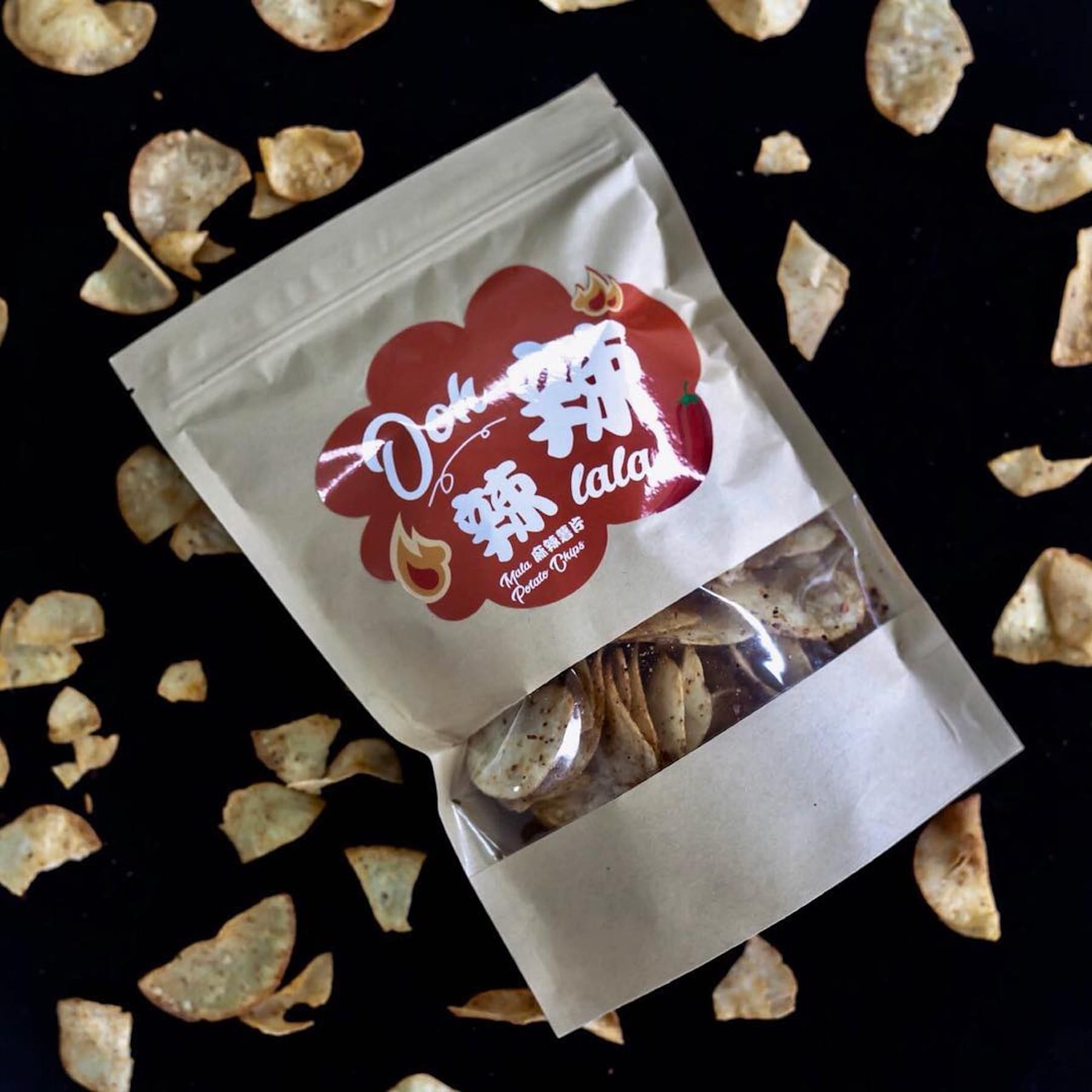 Homemade by local brand Ooh 麻辣, there are 2 types of mala chips available – Ooh Mama Mala Cassava Chips and Ooh Lala Mala Potato Chips, which are both made with the same spices that mala stalls use to recreate that satisfying and numbing punch!
This includes dried chilli, peppercorn, ginger, and fennel, and those who can handle their spices would enjoy this thoroughly. The chips are only priced at $6 for a 95g packet and can usually be ordered online here, but they’re also sometimes available at pop-ups, so make sure to check their Facebook for updates on the next location!
Mala spice level: 3/5 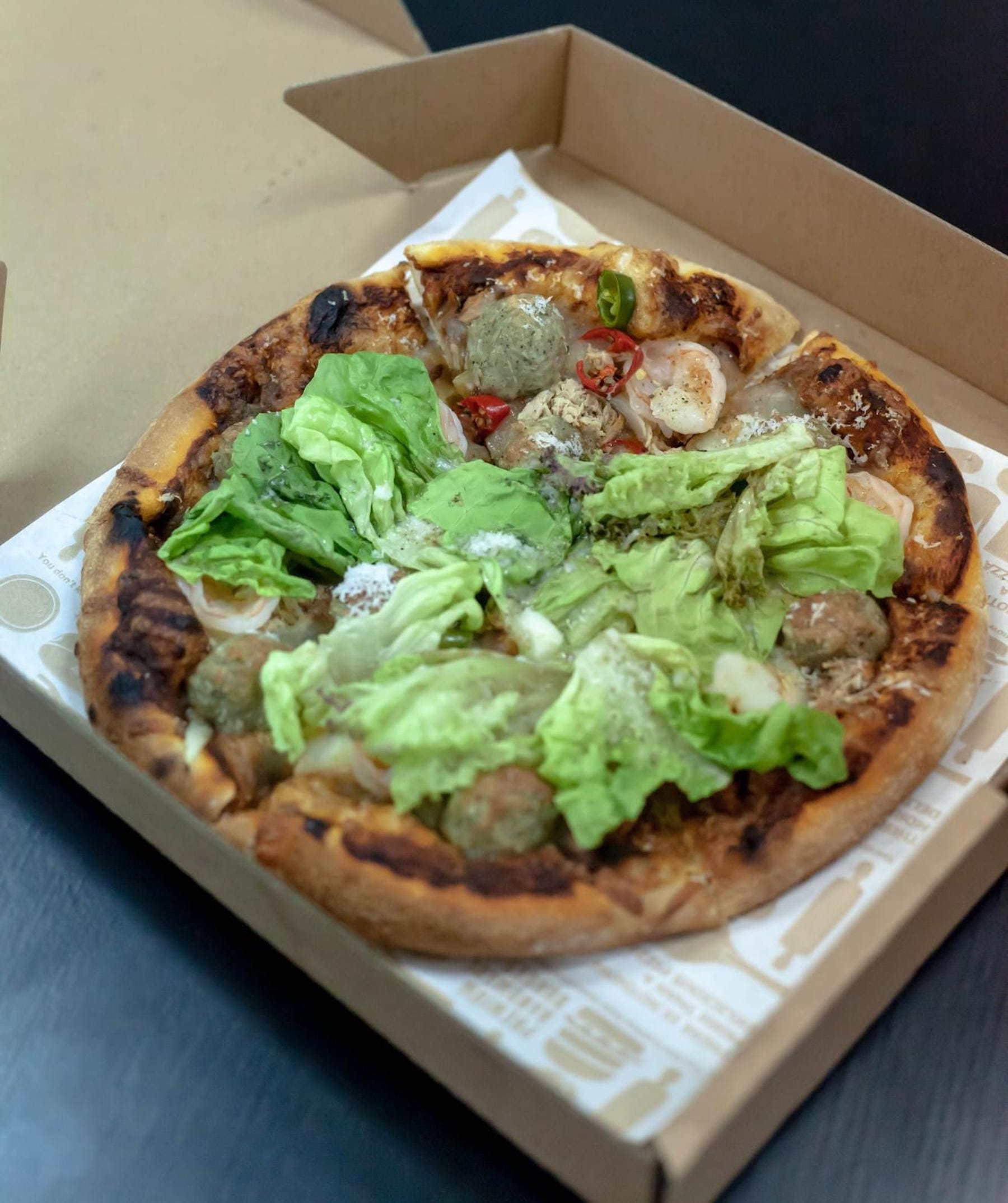 Pizza lovers, enjoy 2 of your most favourite food items combined into one – the Spicy Mala Pizza ($17.90 for 6-piece Neapolitan, $23.90 for 8-piece, thin-crust Roman) by Tino’s Pizza is in essence mala ingredients atop a pizza base. 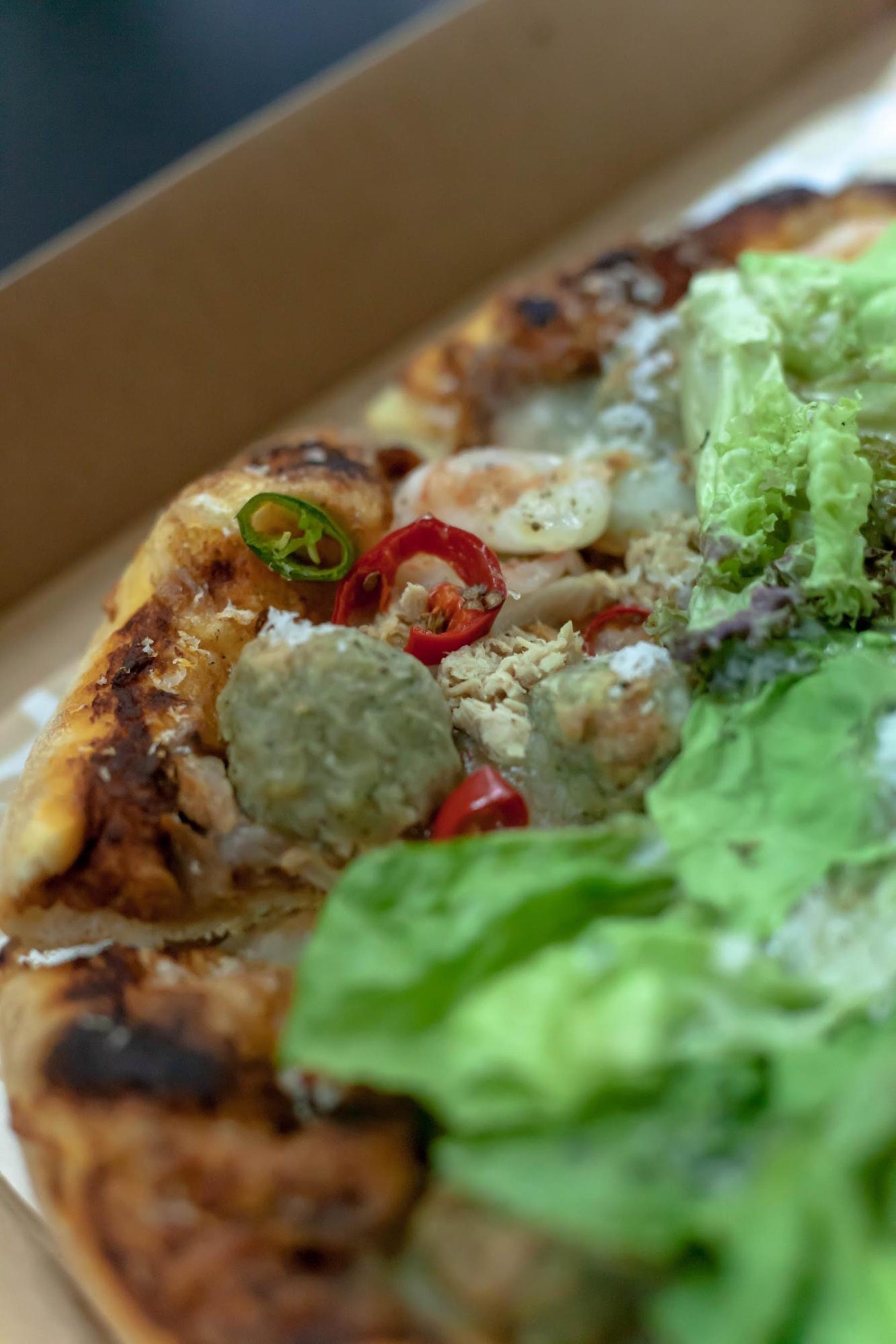 The crust is light and fluffy, and it has a generous serving of succulent prawns, springy chicken meatballs, tuna, mixed greens, onions, chilli, cheese and Tino’s own special mala sauce. In terms of spice level, it’s in between the popcorn and the chips – just enough to satisfy your mala cravings, but without the pain.
Mala spice level: 2/5
Outlets:
#01-206 Resorts World Sentosa, 8 Sentosa Gateway
#01-106 Tiong Bahru Plaza, 302 Tiong Bahru Road
#B1-13 The Centrepoint, 176 Orchard Road
Website 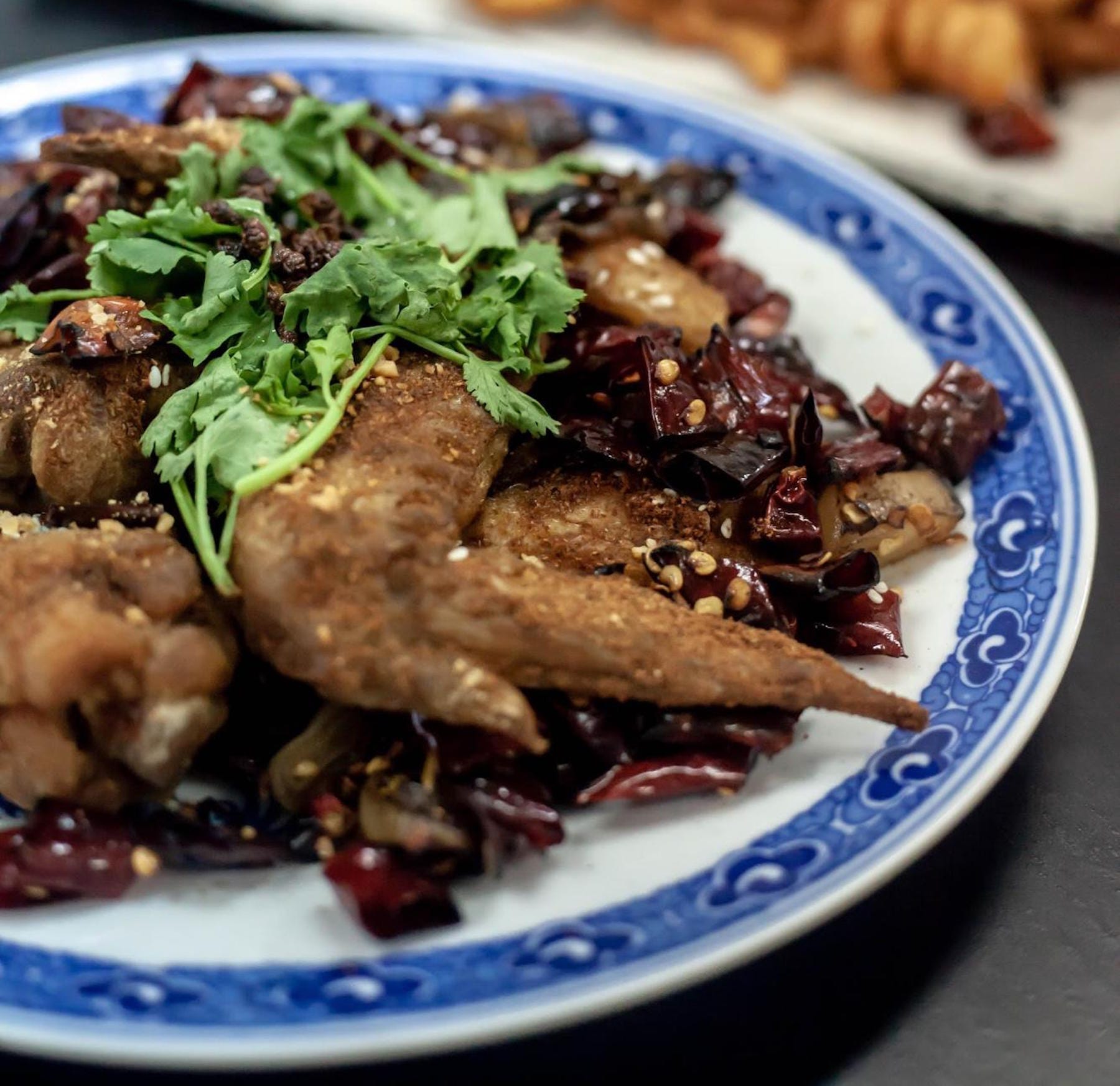 Fried chicken wings are always a must-have for parties, and modern Chinese bar Zui Hong Lou’s Double Deep-fried Chong Qing Chicken Wings with House Ma La Spices ($10) is no exception. Deep-fried twice to ensure that the skin is extra crispy, the wings are juicy and well-seasoned, and coated lavishly with an unassuming powder that’s is actually a blend of peppercorn, fennel, ginger, chilli, and many more mala spices.
Definitely the spiciest out of the lot, your tongue will become numb after a couple of bites!
Mala spice level: 4/5
Address: 90 Club Street, Singapore 069458
Opening Hours: Mon – Thursdays & Sat: 12PM – 2.30PM, 6PM – 1AM | Friday: 12PM – 2.30PM, 6PM – 2AM
Telephone: 8181 0572
Website 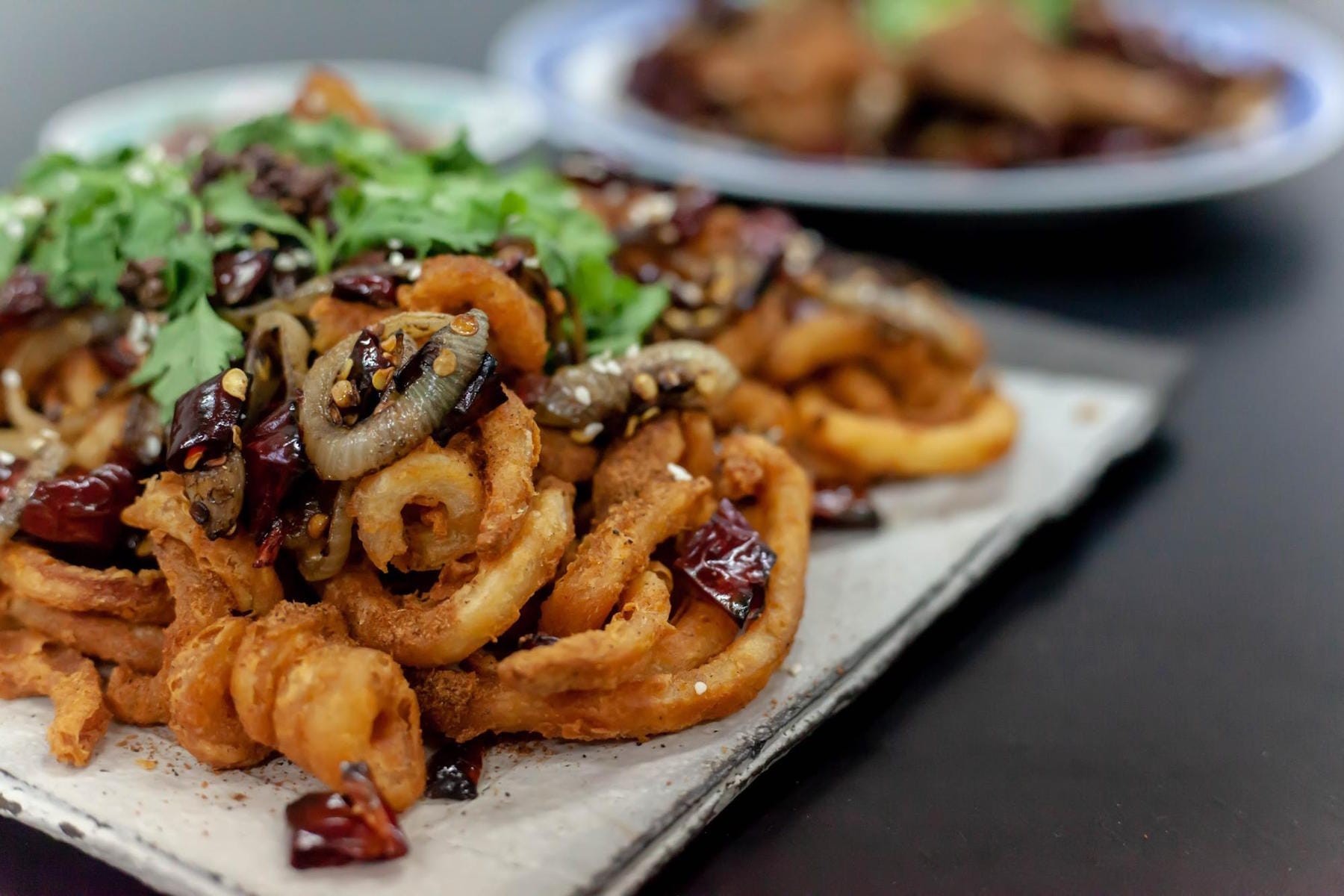 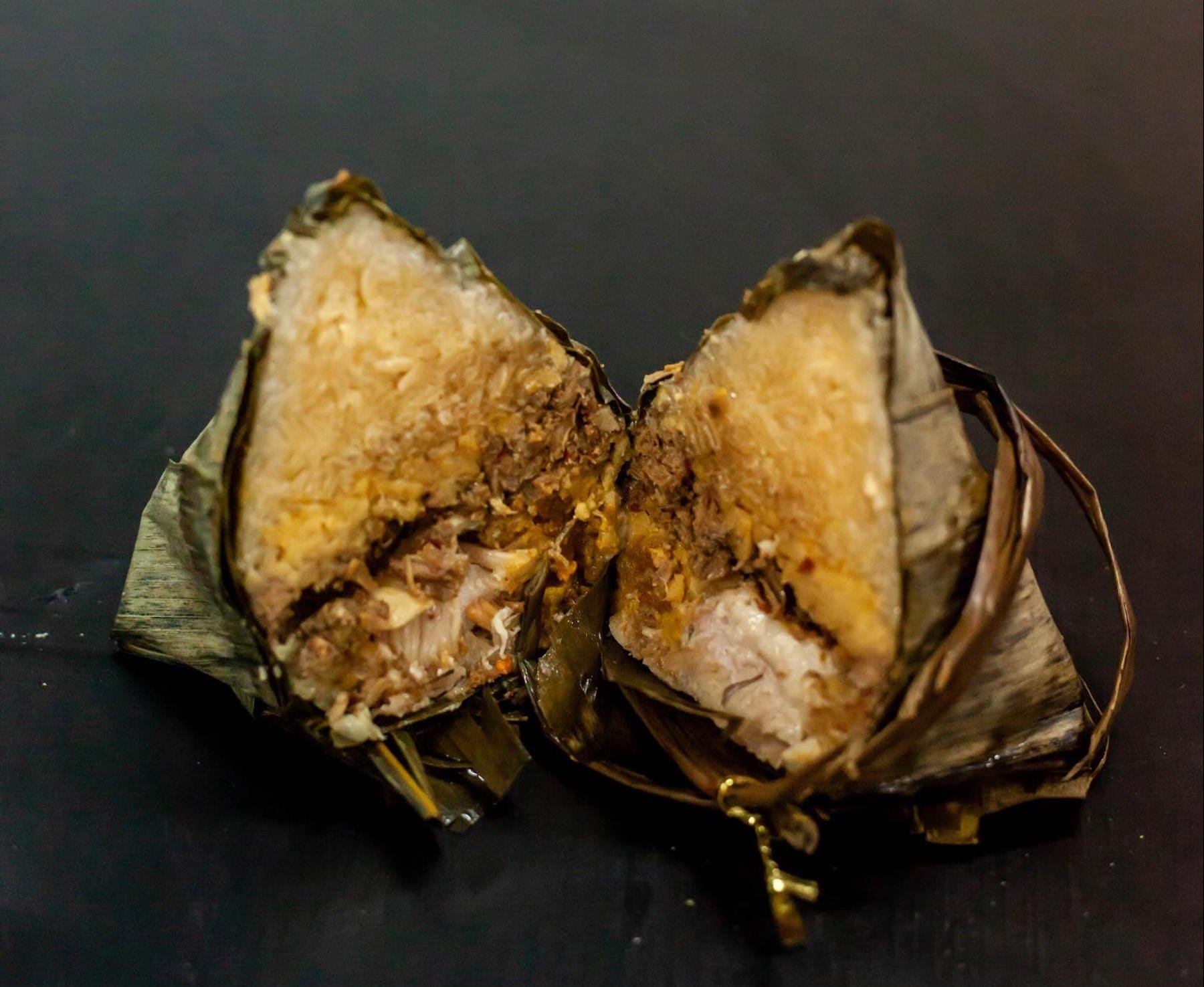 Exclusively available only from 14th May – 18th June, Crystal Jade actually has ‘Mala’ Rice Dumplings ($8.80) on sale. While it is an unusual party dish, it’s great for those of you who can’t have a meal without rice!
The dumplings retain the traditional fillings of sweet chestnuts, salted egg yolk, and mung beans, but also has Spanish pork collar and pork shoulder marinated in an original mixture of peppercorns, dried chillies, and chilli oil. The result? A balanced and flavourful combination of sweet, salty, and tingly mala spiciness.
Their e-store is no longer taking in orders, but you can still get your hands on them at any Crystal Jade outlet islandwide!
Mala spice level: 2/5
Find the nearest outlet here.
Website