Gamified productivity apps for an extra boost of motivation

From maintaining a healthier lifestyle to sticking to your day’s to-do list, it’s no secret that plenty of our goals are way less entertaining to attain than say, defeating that boss level. Because of that, we don’t often achieve them as efficiently or effectively as we’d like, but these 7 ingenious apps are here to save the day – by enhancing productivity with games: 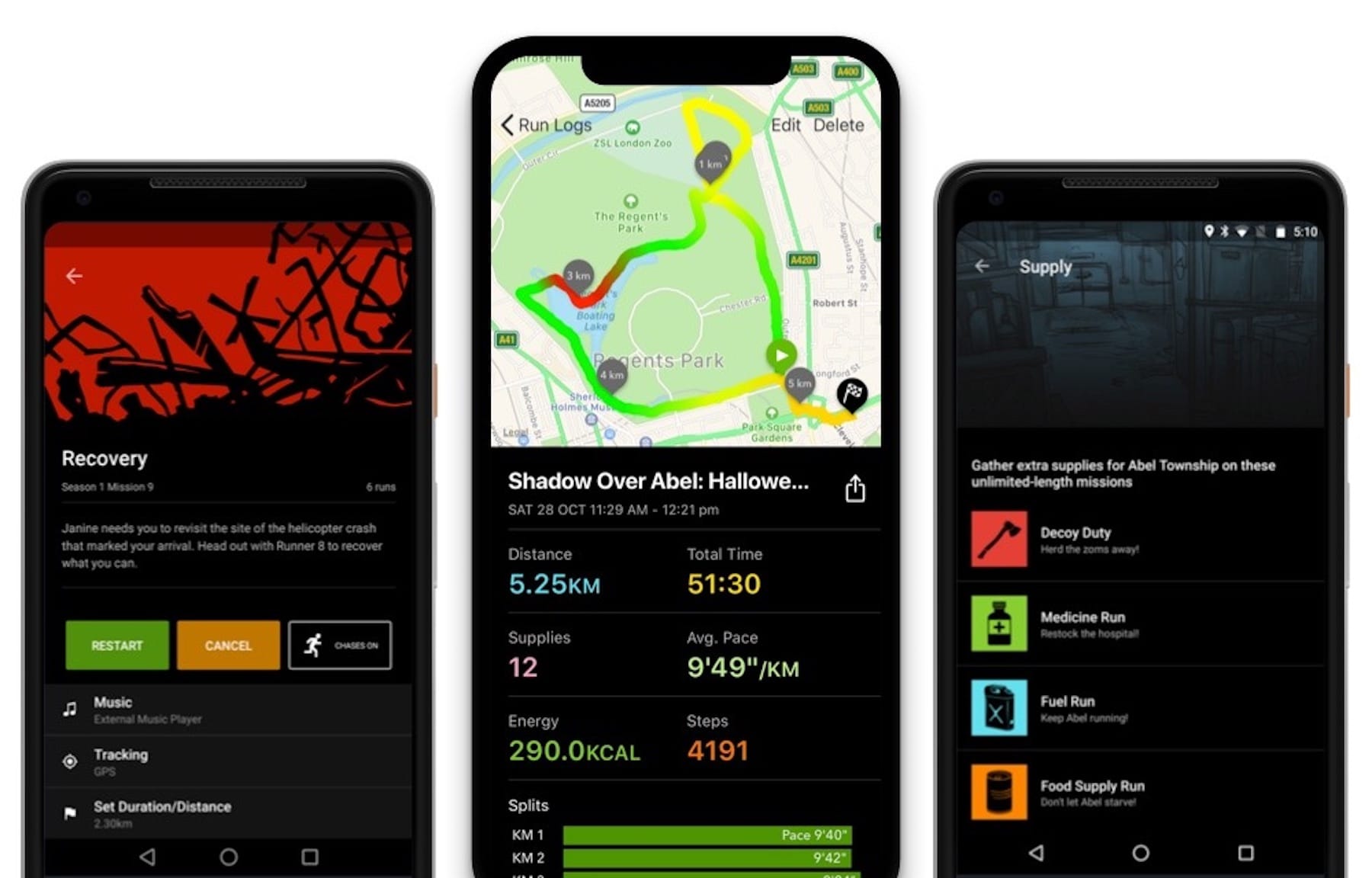 If your New Year’s resolution was to start exercising more but you’ve yet to get started, download Zombies, Run!, a fitness app that simulates a zombie apocalypse.
Co-created with award-winning novelist Naomi Alderman, the app boasts well-crafted storylines and “missions” for you to take on whenever you go for a run, which often includes escaping an undead horde, collecting supplies, or going to the aid of other survivors.
Headphones are key to this app, because radio messages, voice recordings, as well as zombie groans will be played in between tracks from your own song playlist! 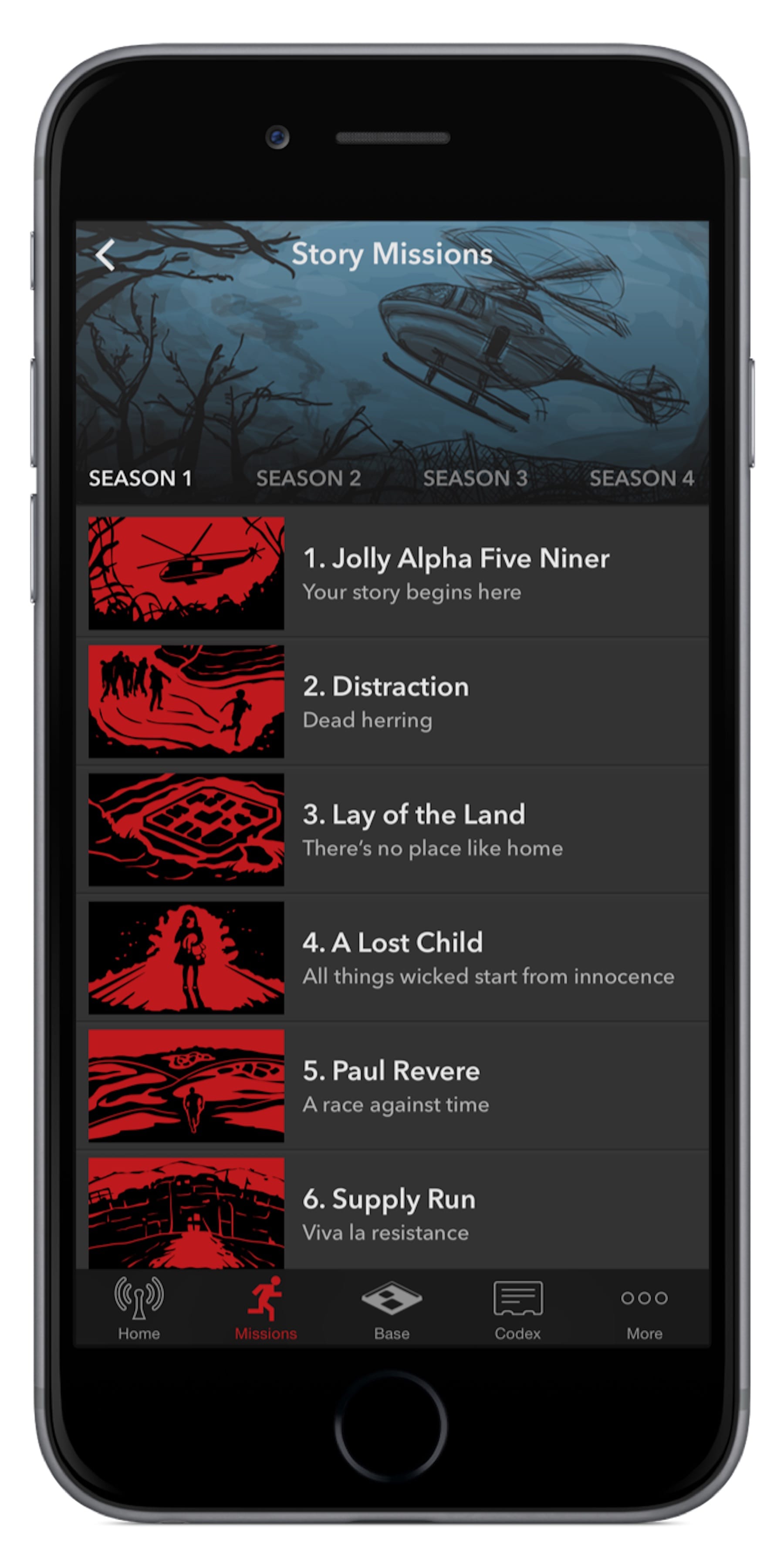 Missions and storylines are also constantly added to the app, so make sure to look out for updates here. As of now, there are already 200 missions and 7 seasons – you won’t have to worry about running out of motivation!
Plus, you’ll be pleased to know that the app works not just outdoors, but also on a treadmill indoors, so that you can workout in comfort.
Download on Google Play or App Store
Website 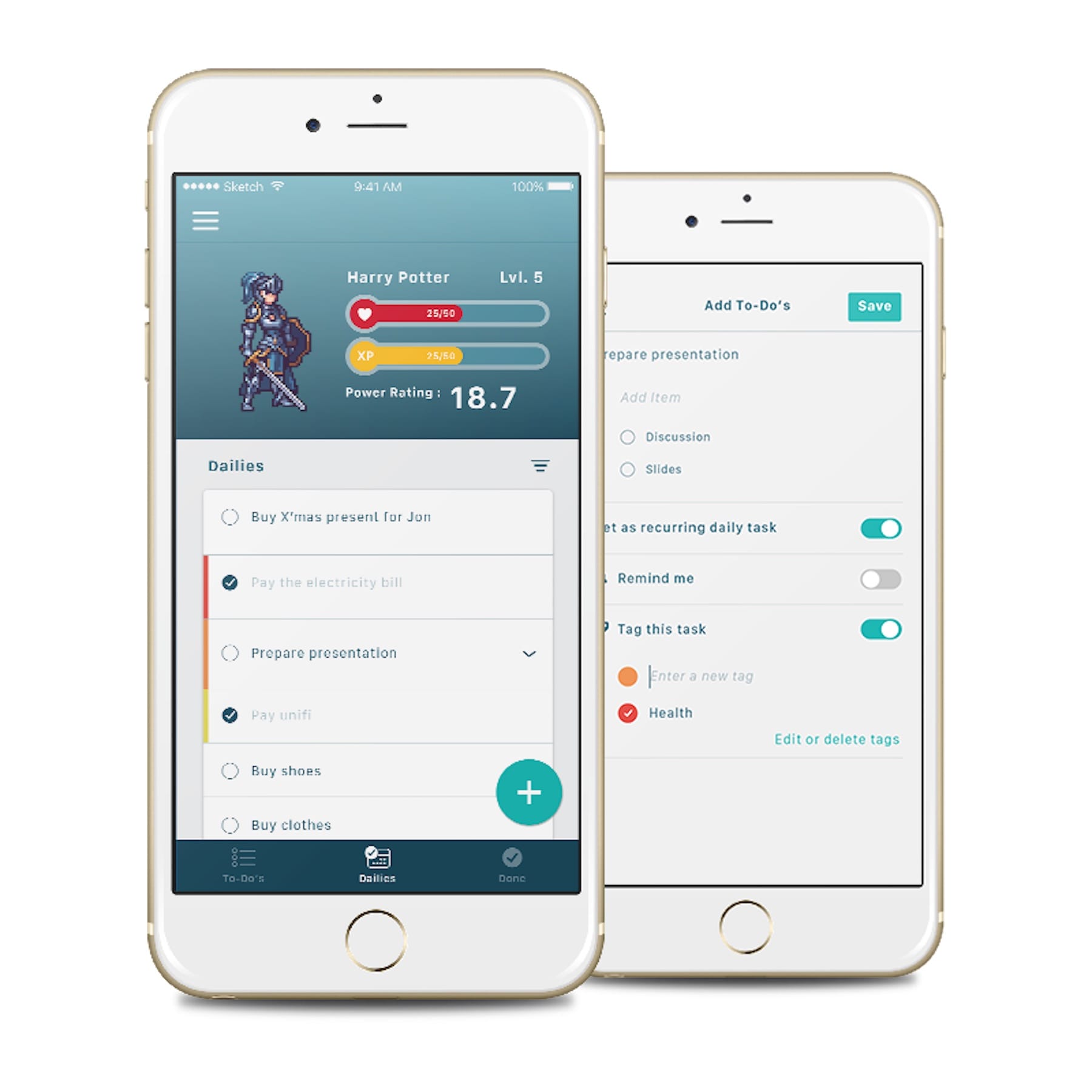 Increase the satisfaction of crossing out tasks on your to-do list by earning experience points (EXP) and defeating monsters while you’re at it on Bounty Tasker! A to-do list packaged as a role-playing game complete with adorable pixel art, Bounty Tasker has customisable avatars and monsters and EXP assigned to every new task that you add. 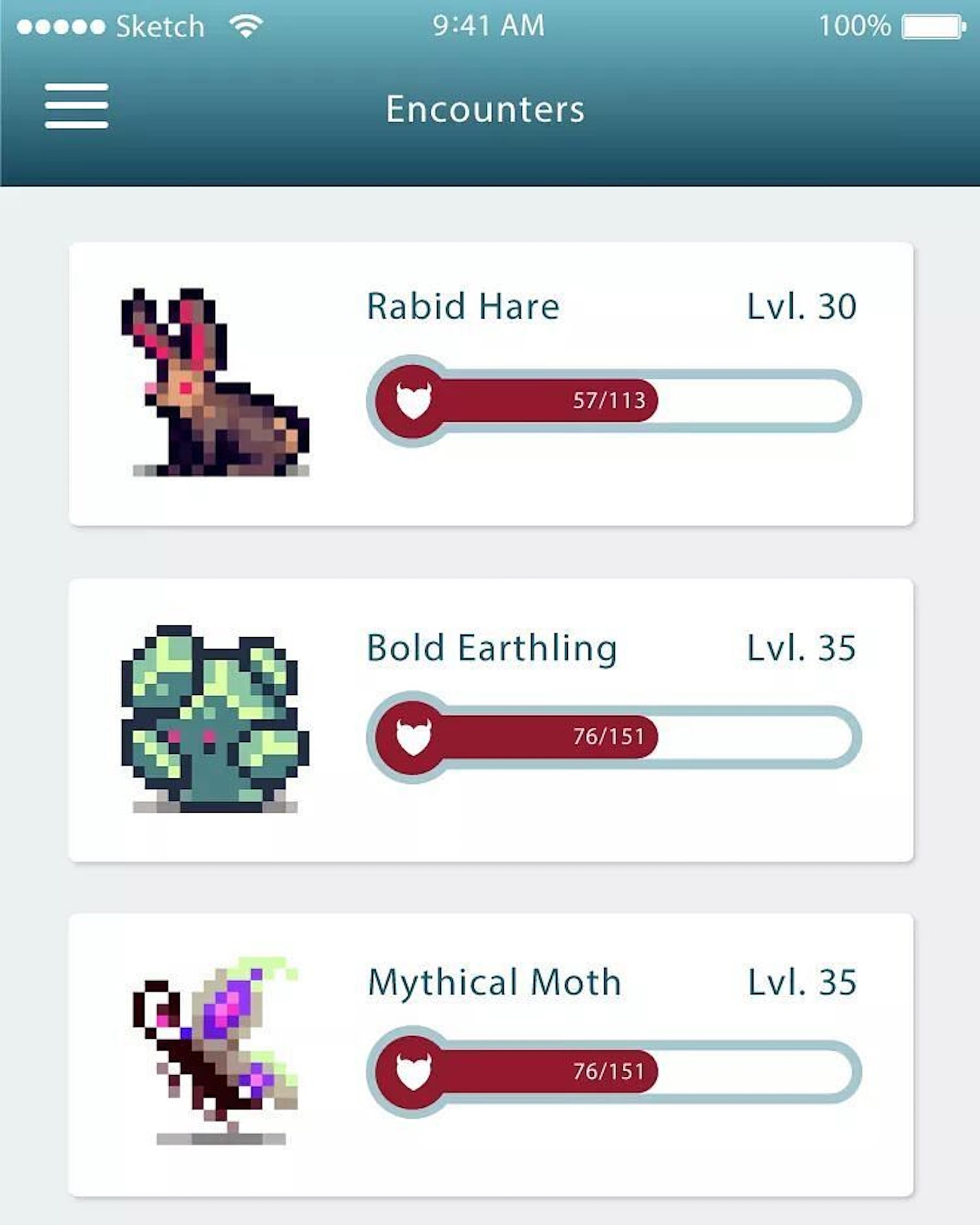 Some examples of the monsters that you’ll have to defeat. Source: @bountytasker

With every task you complete, you’ll gain EXP and become closer to defeating the monster, who will also cause you harm if it’s still alive and kicking before the day ends! This will help prevent you from sitting on tasks, and as an added bonus, you earn items to outfit your character too whenever you level up and earn enough points! 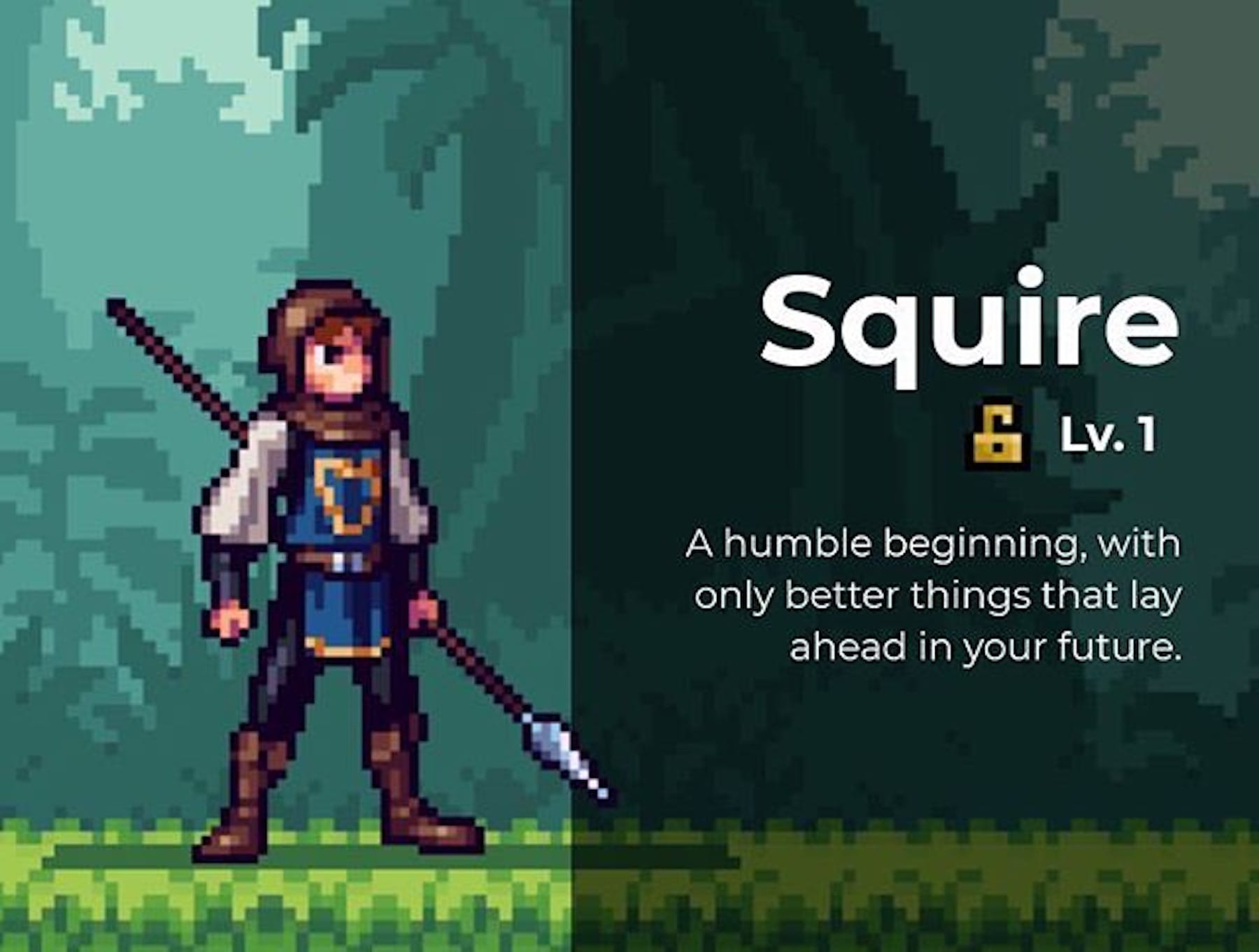 Start out as a Squire and slowly make your way up the ranks to become a General! Source: @bountytasker

Note: Currently, Bounty Hunter is only available on the App Store but keep your eyes peeled for the release of their Android counterpart here, which is already in the works!
Download on App Store
Website

3. Forest: Stay Focused – Grow your own forest simply by focusing 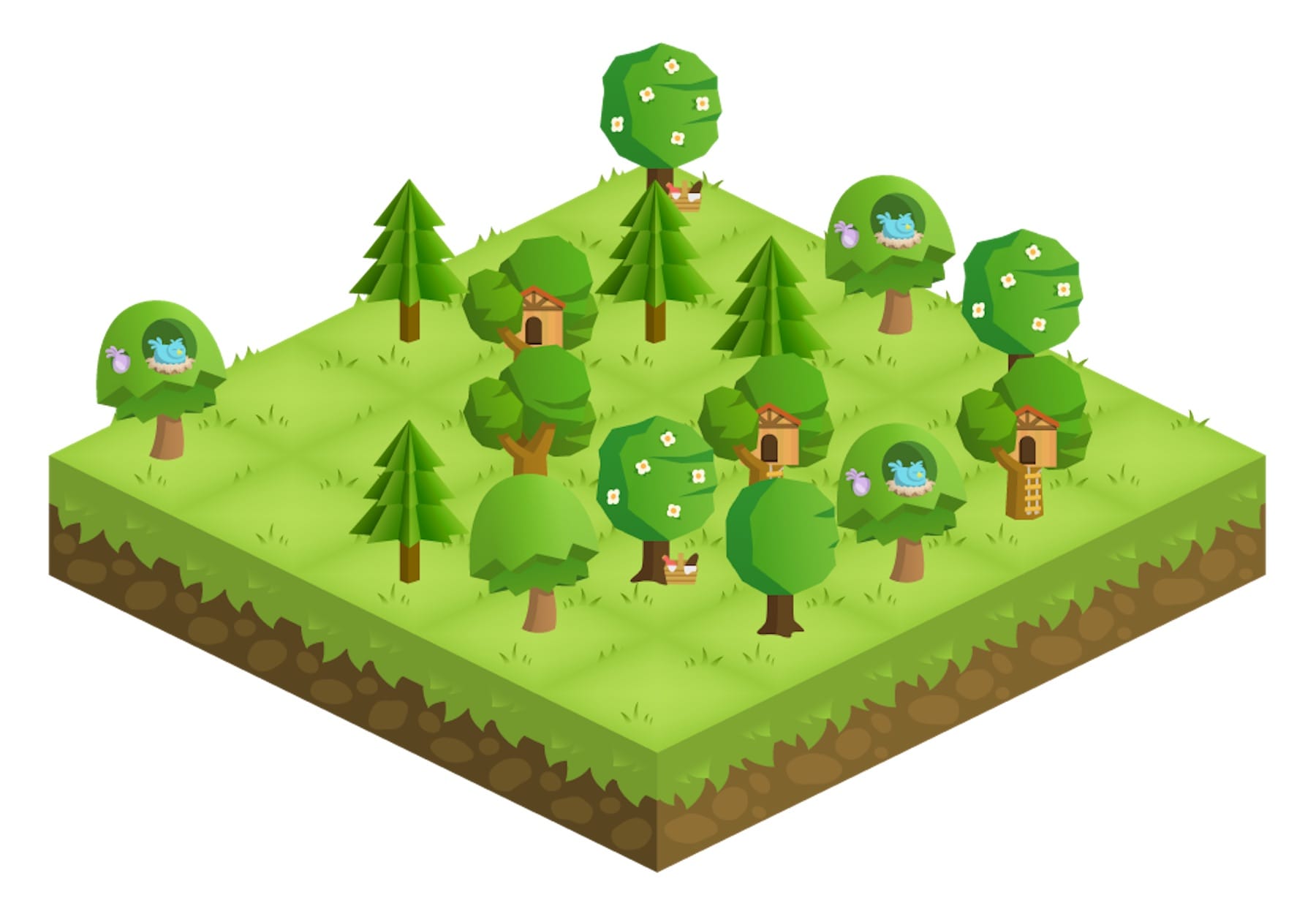 If you have a constant urge to play with your phone whenever you’re in the middle of work or a meal with friends, this one’s for you. Forest: Stay Focused is an app that helps to rid distractions and improve your concentration on whatever’s at hand, and works by letting you plant a sapling when you want to start focusing. 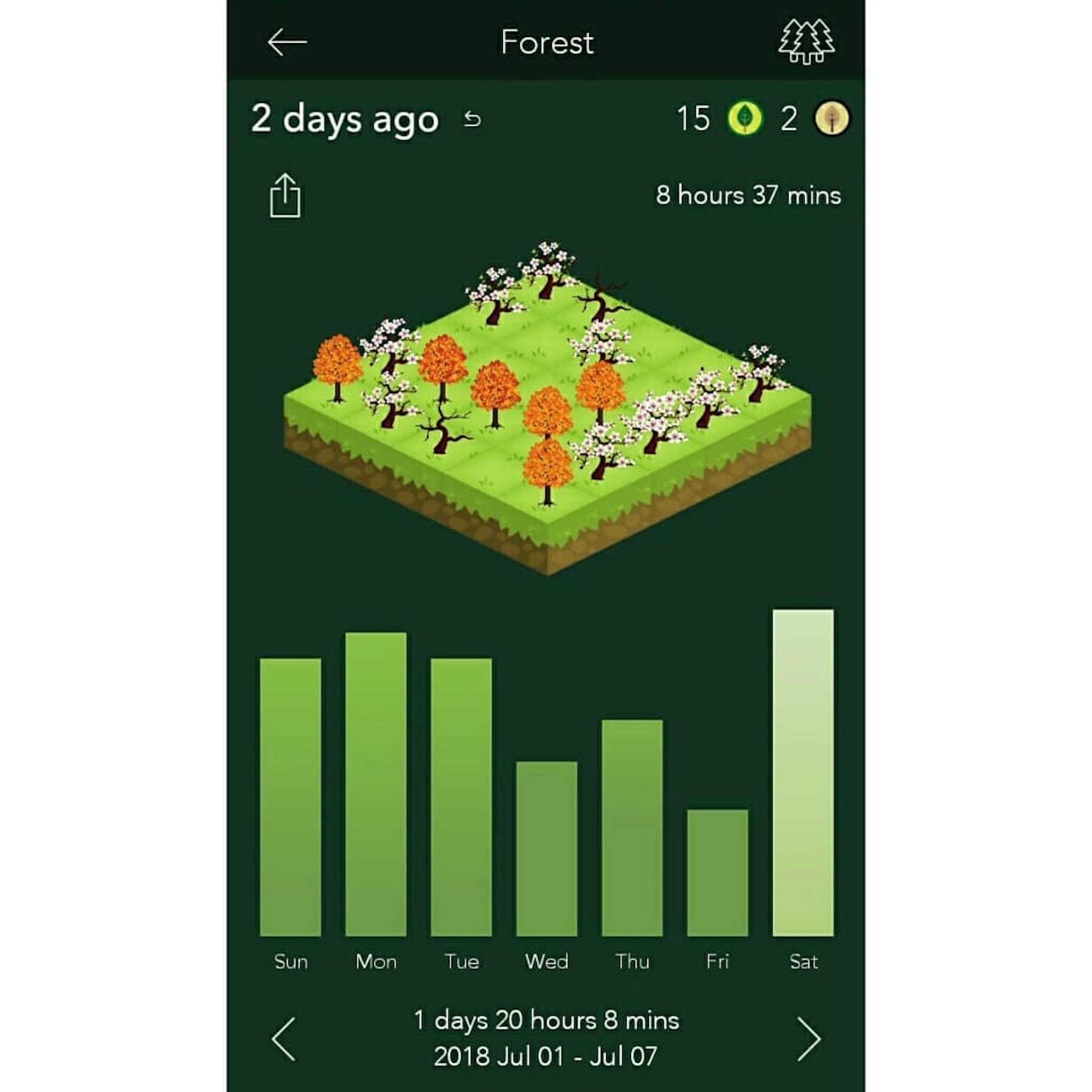 The sapling will then grow into a tree for as long as the app is on, and will be killed the moment you exit it. This means that the longer your focused time is, the lusher your forest will be, and for every successful “planting” session, you’ll earn coins! 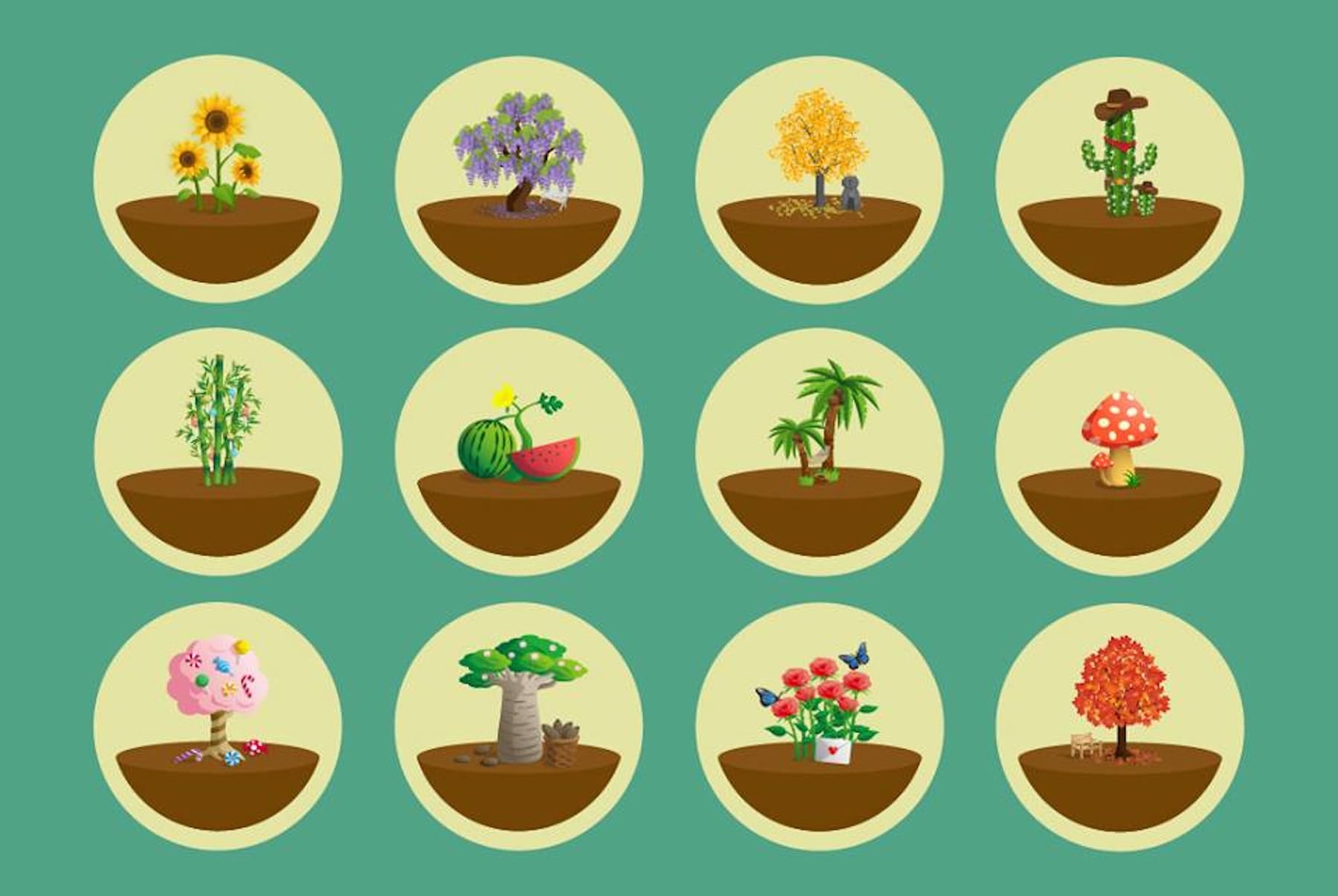 The coins can then be used to either unlock new tree species or plant real trees through non-profit organisation Trees for the Future. As of now, 284,720 trees have already been planted because of Forest! 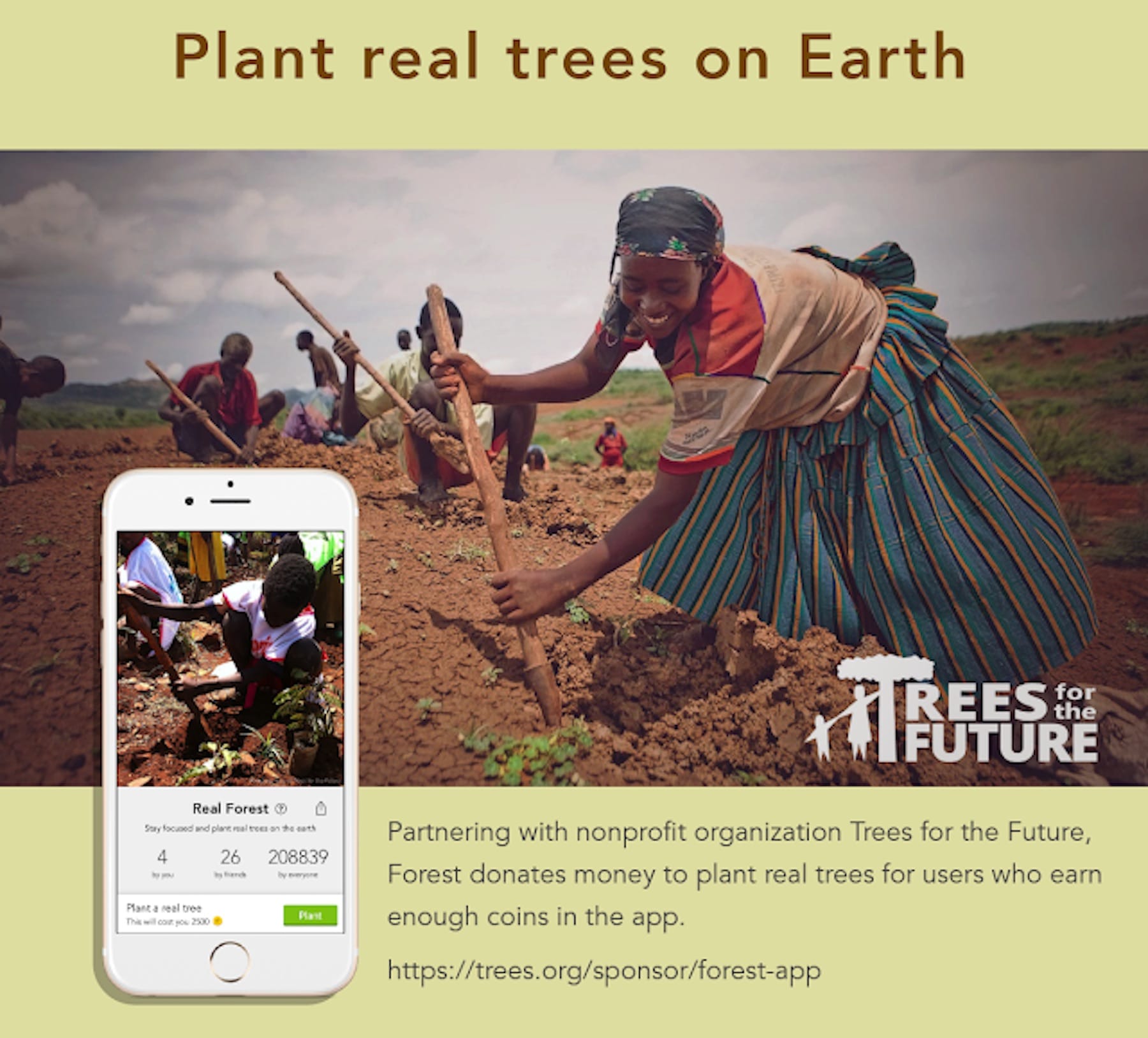 Note: The app is available on the App Store at a small cost of $2.98.
Download on Google Play or App Store
Website

4. Habitica – Turn your life into a game 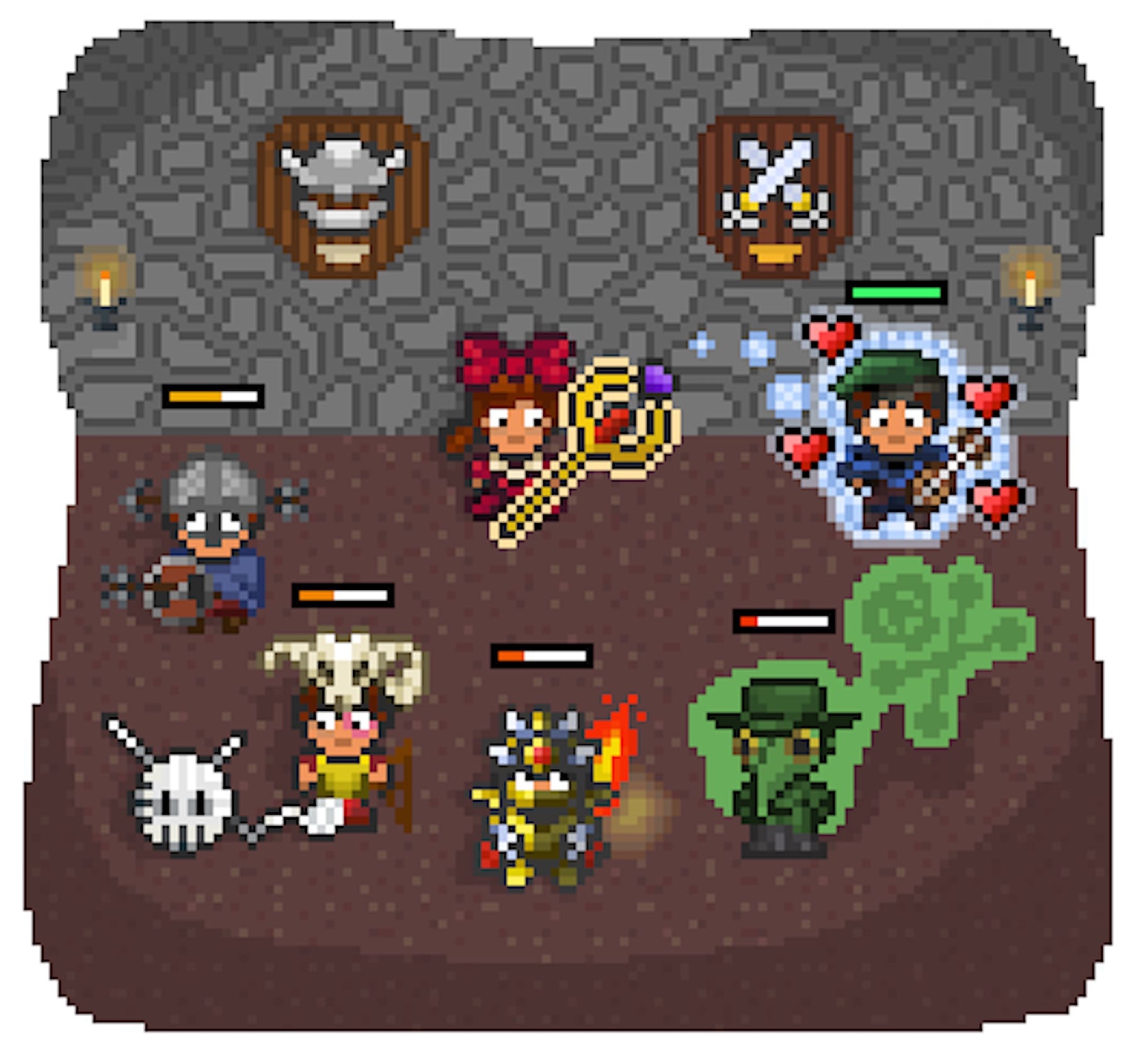 For those of you who are looking for a lifestyle change, tweak your habits and everyday life choices into more productive ones via Habitica, a free habit-building and productivity app that essentially gamifies your entire life! 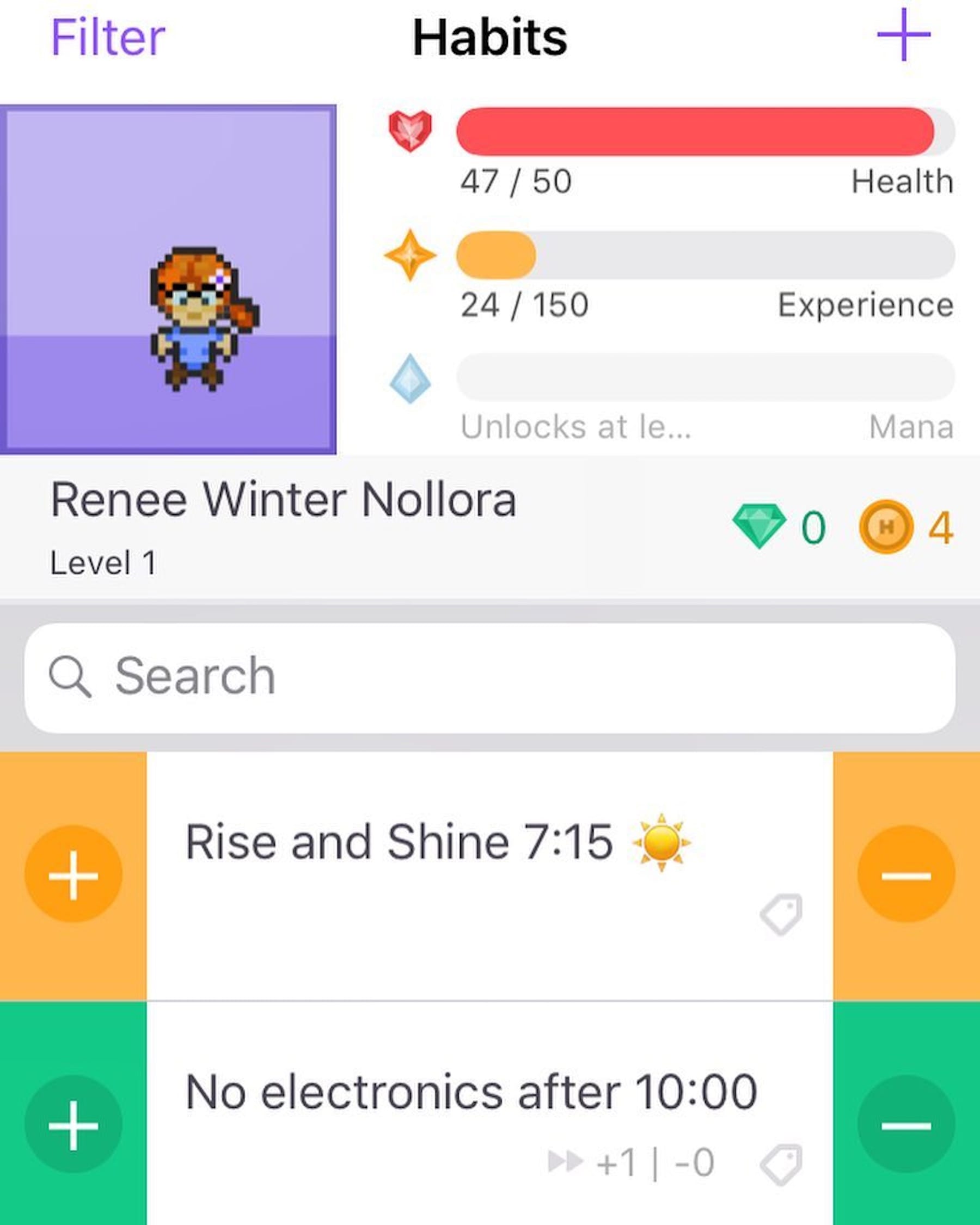 It motivates based on in-game rewards and punishments, and allows players to create and personalise their avatars, team up with other users to form guilds, and embark on quests while slaying monsters. Objectives are completely up to you to input, and they can range from something as simple as drinking water to an important task like completing a report! 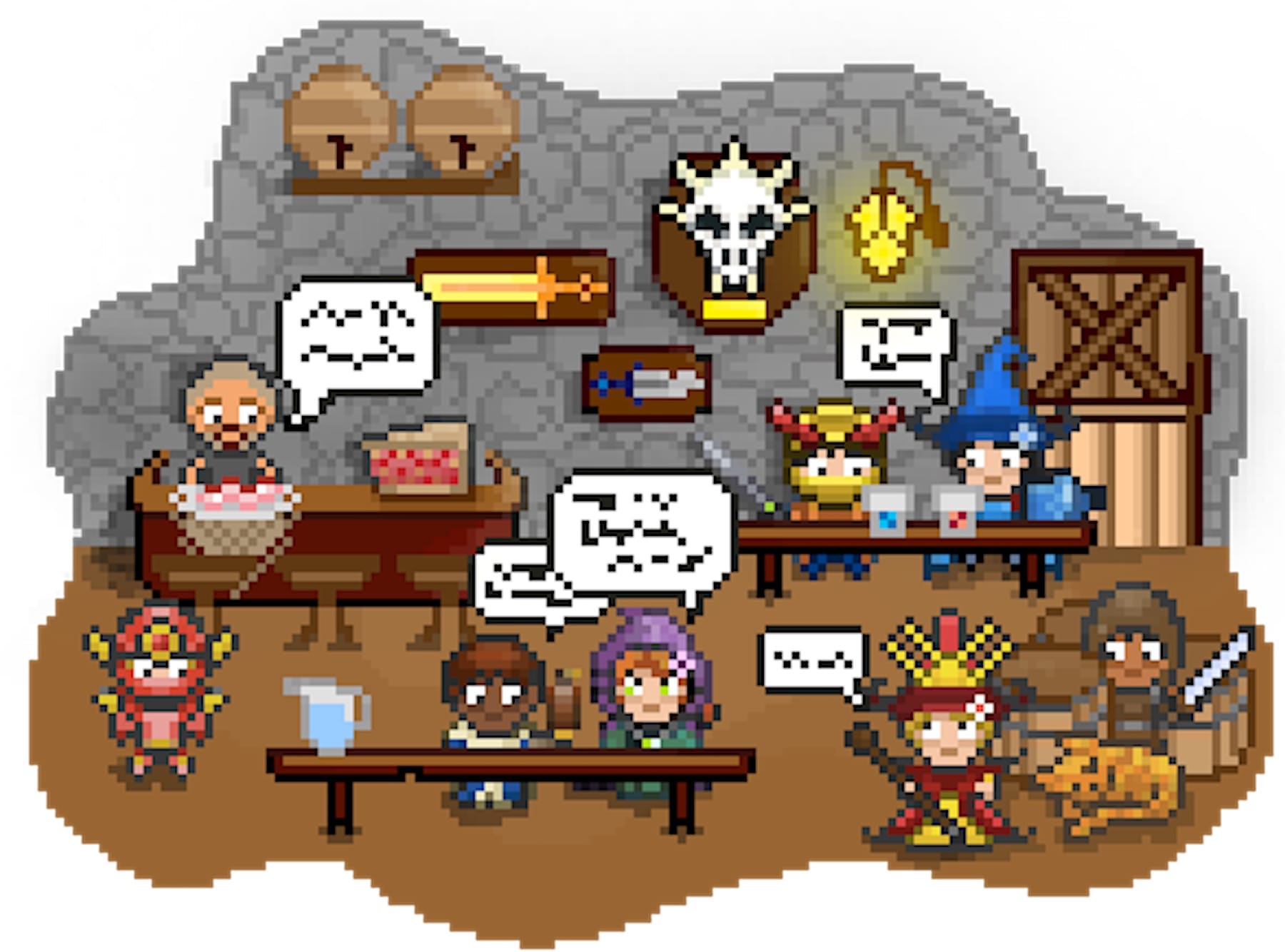 Chat with your guild members in between quests! Source: Habitica

Plus, with over 2 million users on the app, it’s extremely easy to find a suitable guild and build camaraderie with its members, which helps to further motivate you to get up and moving!
Download on Google Play or App Store
Website

5. Fortune City Expense Tracker – Build a city… by building a record of your spendings 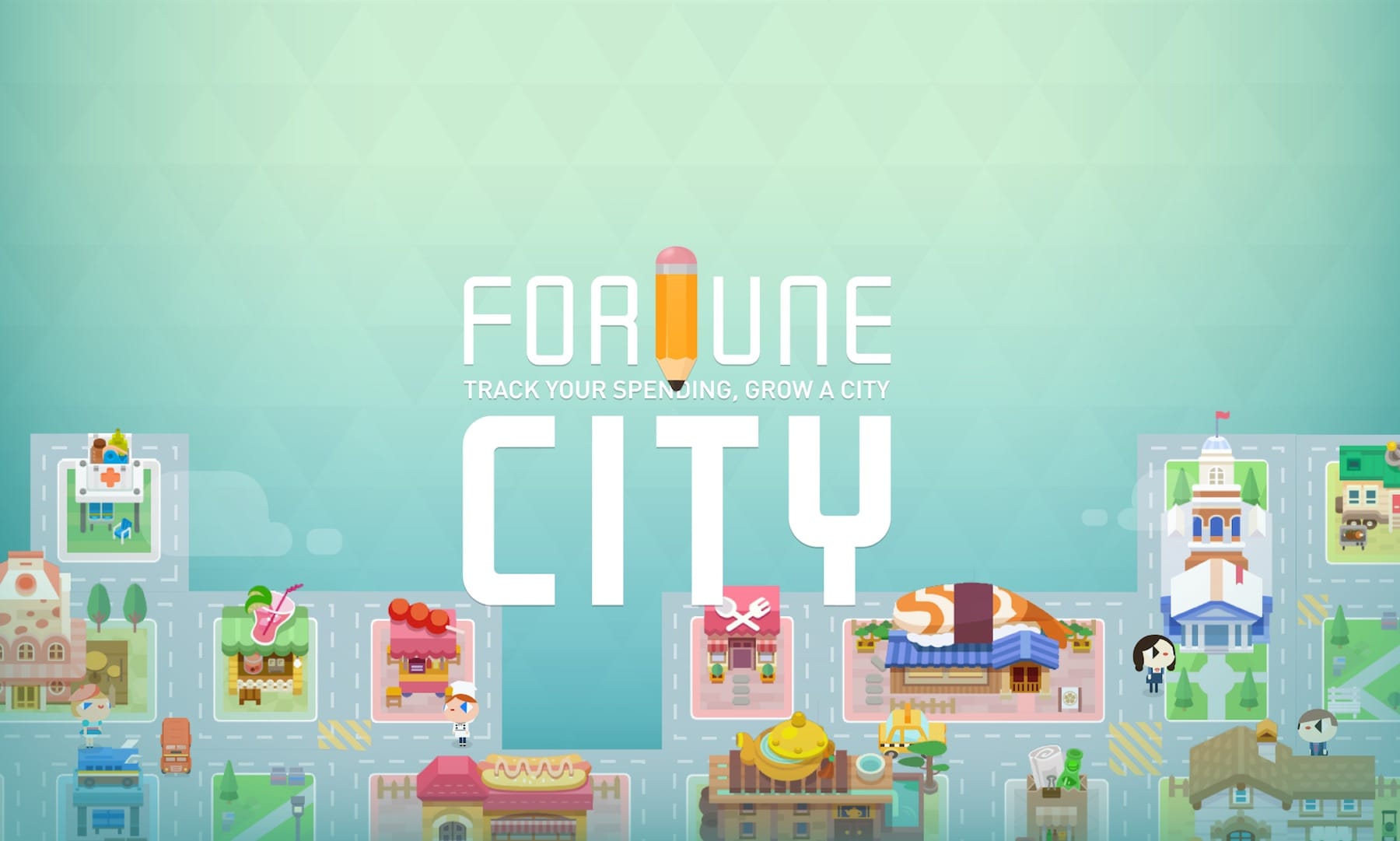 Part of adulting is bookkeeping, and you can’t deny that it isn’t the easiest to keep track of regularly. Get a headstart in building up the practice with Fortune City Expense Tracker, a finance app that helps to make accounting more palatable simply by adding a city simulation game! 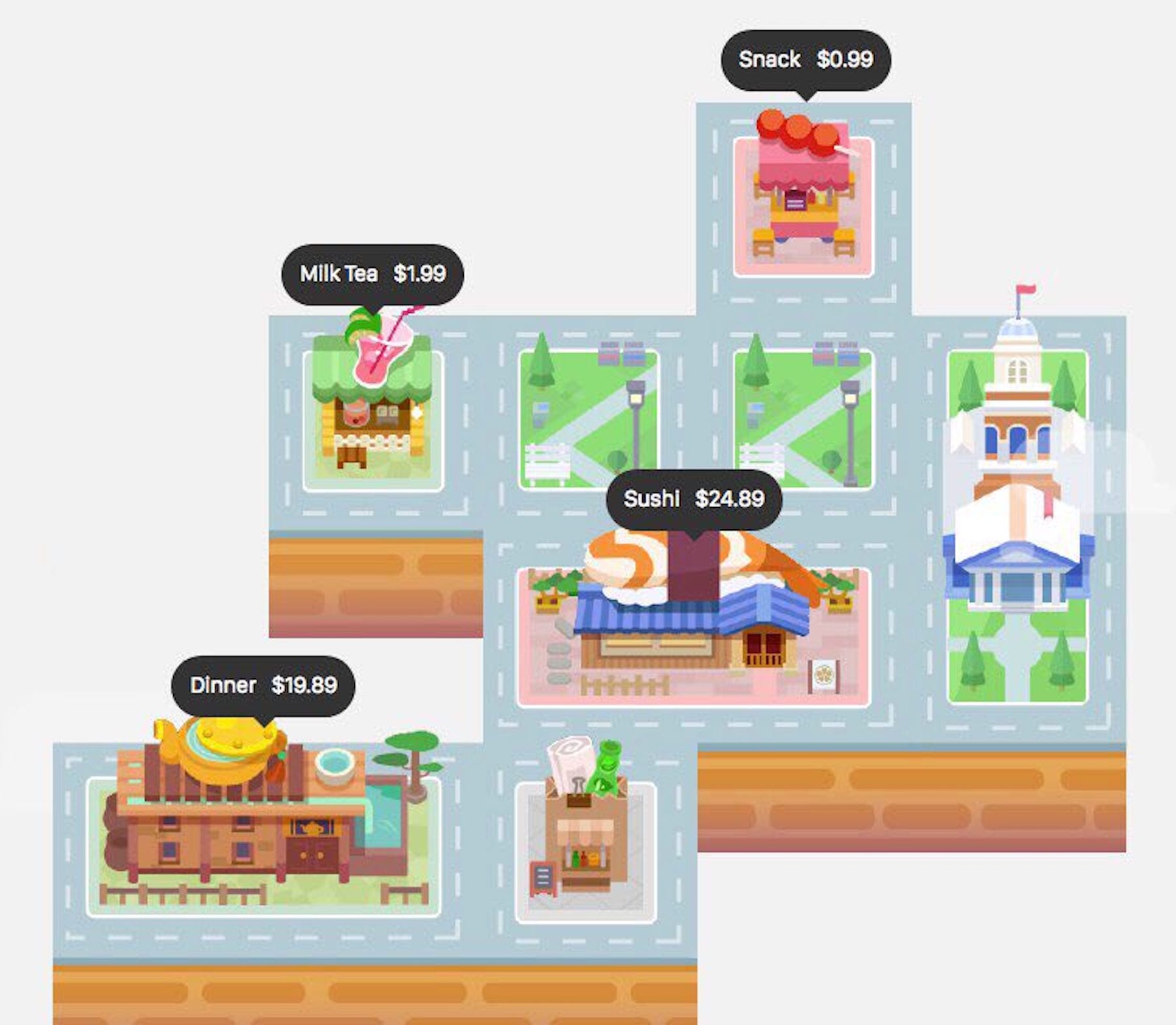 Choose from a variety of themed cities to govern! Source: Fortune City

There are over 10 different categories and accounts for you to split your budget up into, and the more you record your income and expenditure, the more your city grows into a bustling metropolis – there are over 100 styles of buildings, vehicles, and citizens to be unlocked. 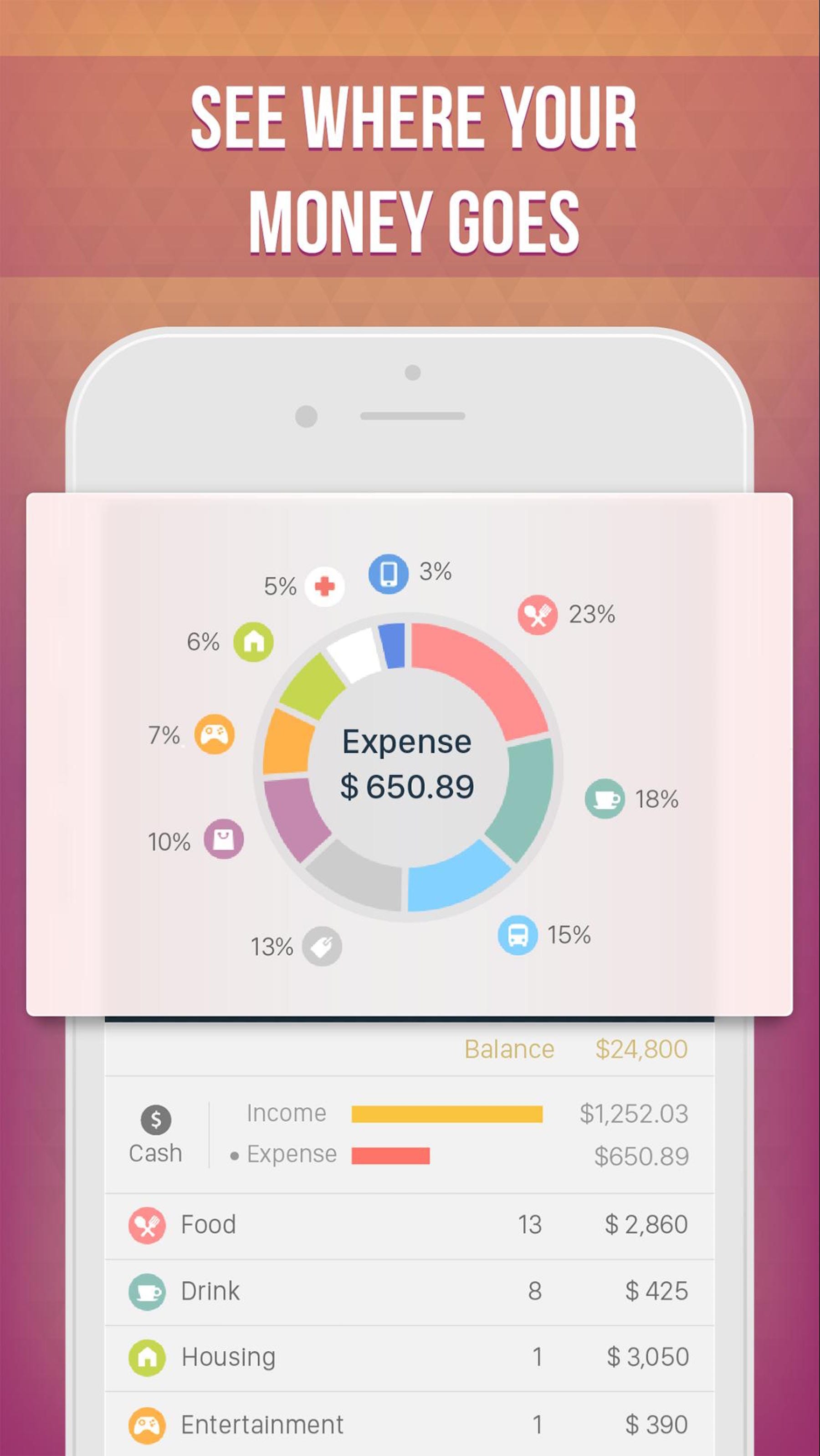 It also helps that the app has in-built pie charts and bar charts to help you monitor your spendings at a glance, and you can choose to view your balance weekly, monthly, or yearly for both long and short term planning.
Here’s a bonus point – you can compete with your friends on Fortune City as well and see who has the most prosperous city!
Download on Google Play or App Store
Website 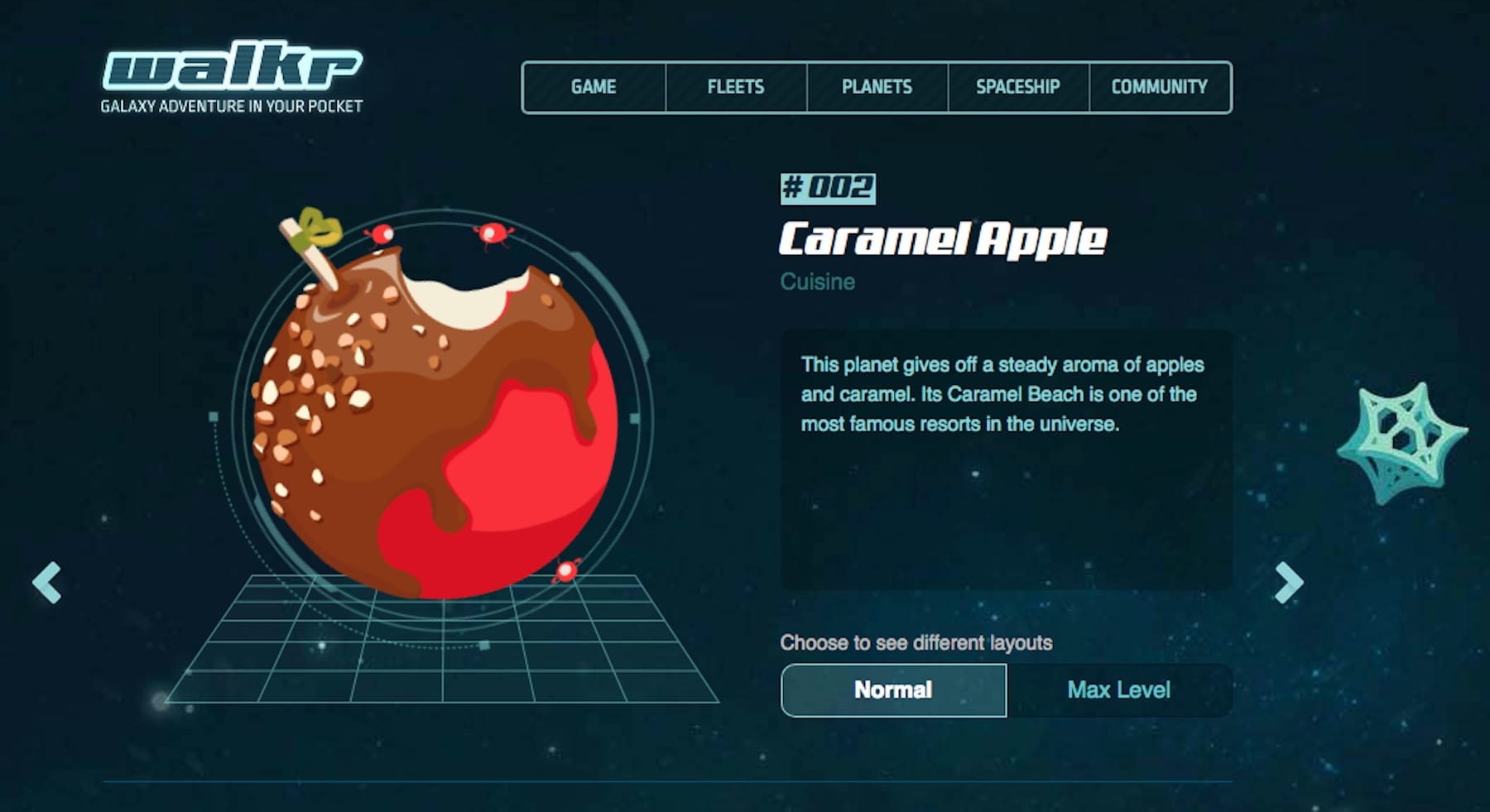 Find out more about the different planets here! Source: Walkr

Perhaps you want to embark on a more active lifestyle – get started with steps tracker Walkr, a space exploration adventure that involves a spaceship fuelled by “walking energy”. There are over 100 colourful planets for you to discover and lost space critters to guide home as you go along!
It has an endearing storyline to boot, where “Walkr” is actually a rocket invented by Collins, an 11-year-old whiz. Together with Doggii, his Shiba Inu Chief Officer, they set out to achieve Collin’s dream of exploring the universe! 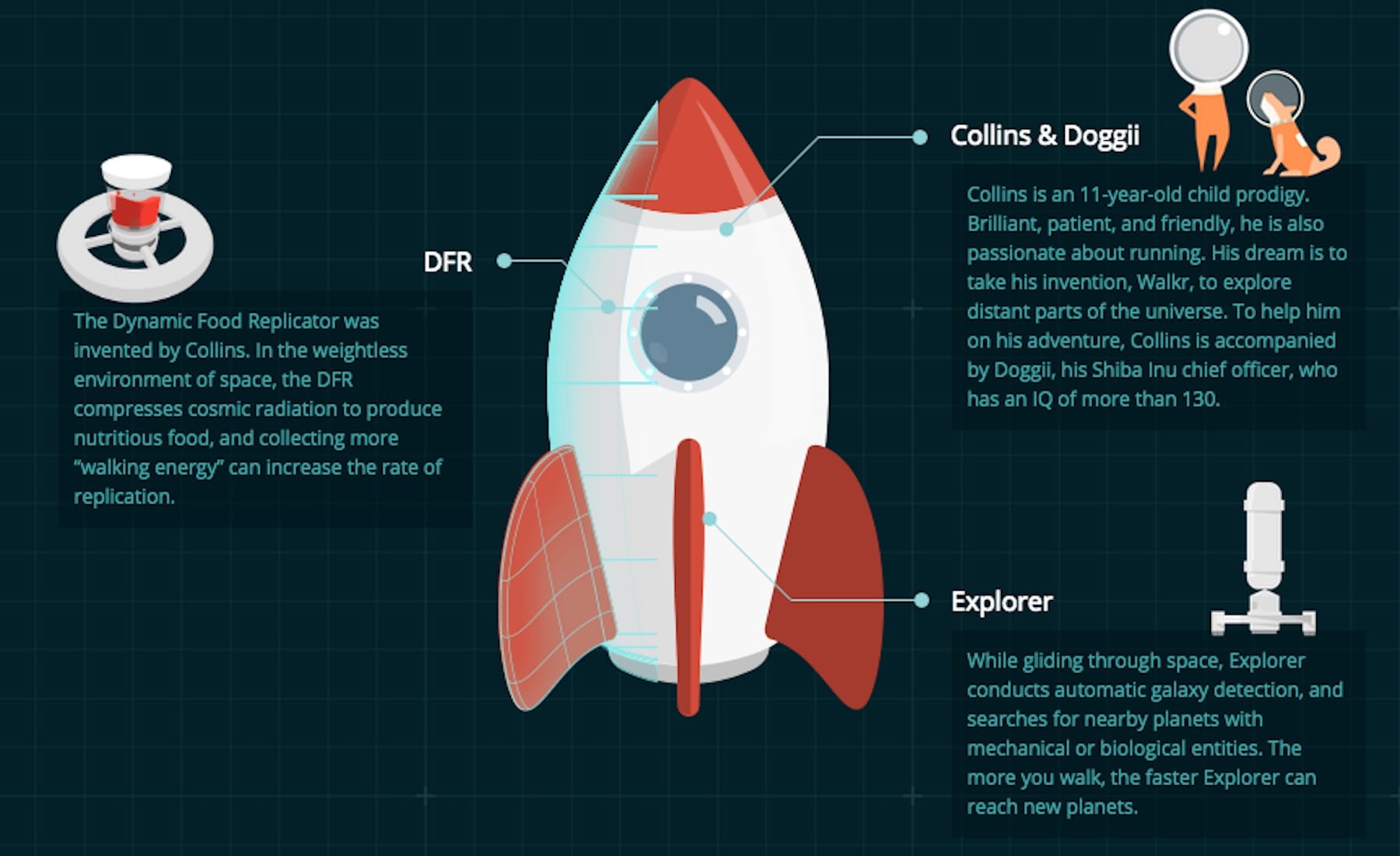 As such, it’s not surprising that Walkr is the winner of the App Store’s Best Game Award, especially with its delightfully whimsical graphics and smart programme that allows your daily steps to be automatically recorded and converted into “fuel” when your phone is in your pocket. 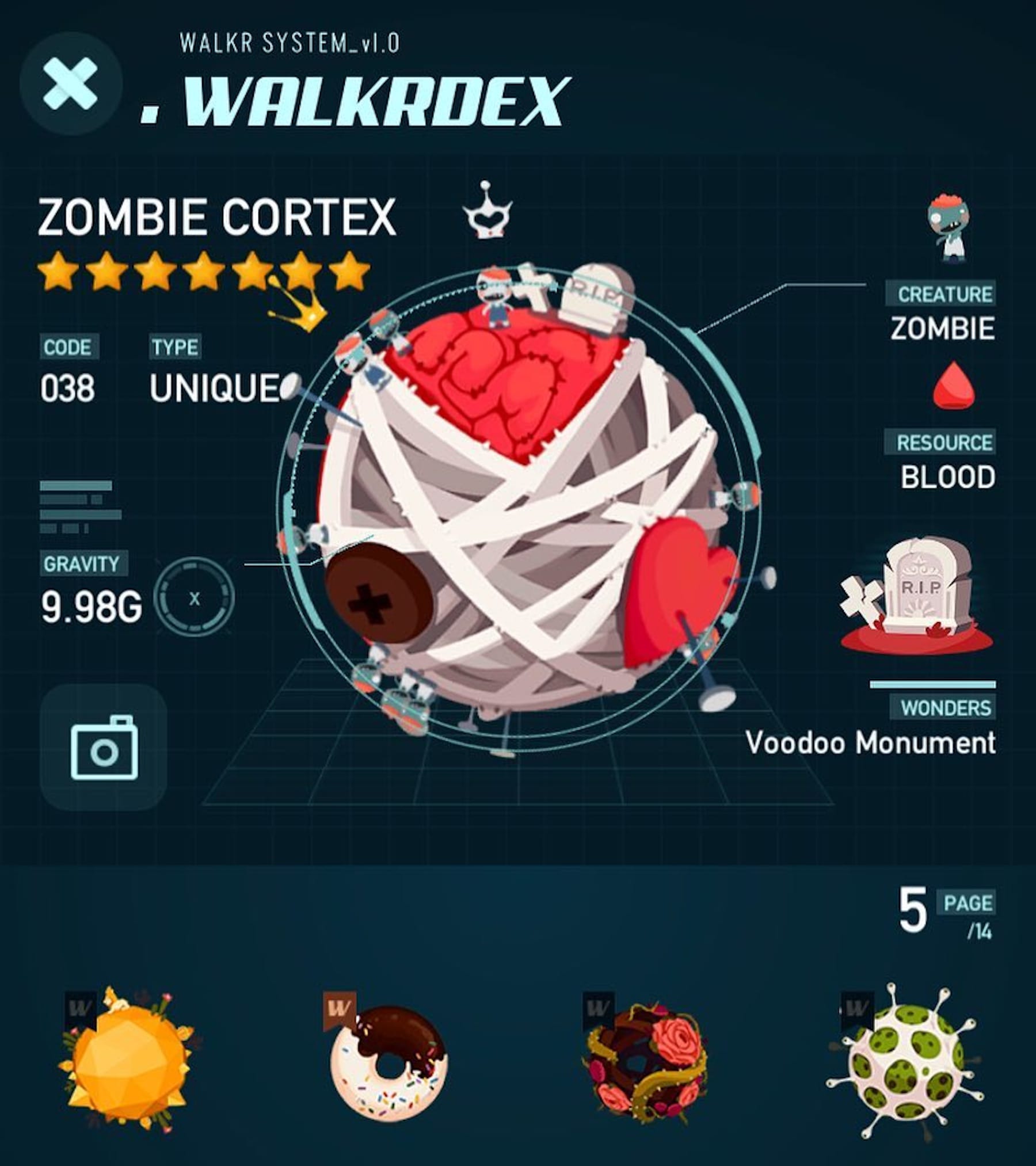 You can even discover interesting space foods and rare resources apart from just planets! Source: @gardenvarietygeek

The amount of calories burnt daily is also closely monitored, and fitness goals are recommended every day.
Feel free to invite your friends to become your co-pilots as well and receive extra energy fuel!
Note: Walkr is compatible with Apple Watch.
Download on Google Play or App Store
Website

7. SleepTown – Sleep regularly for the sake of your town’s residents 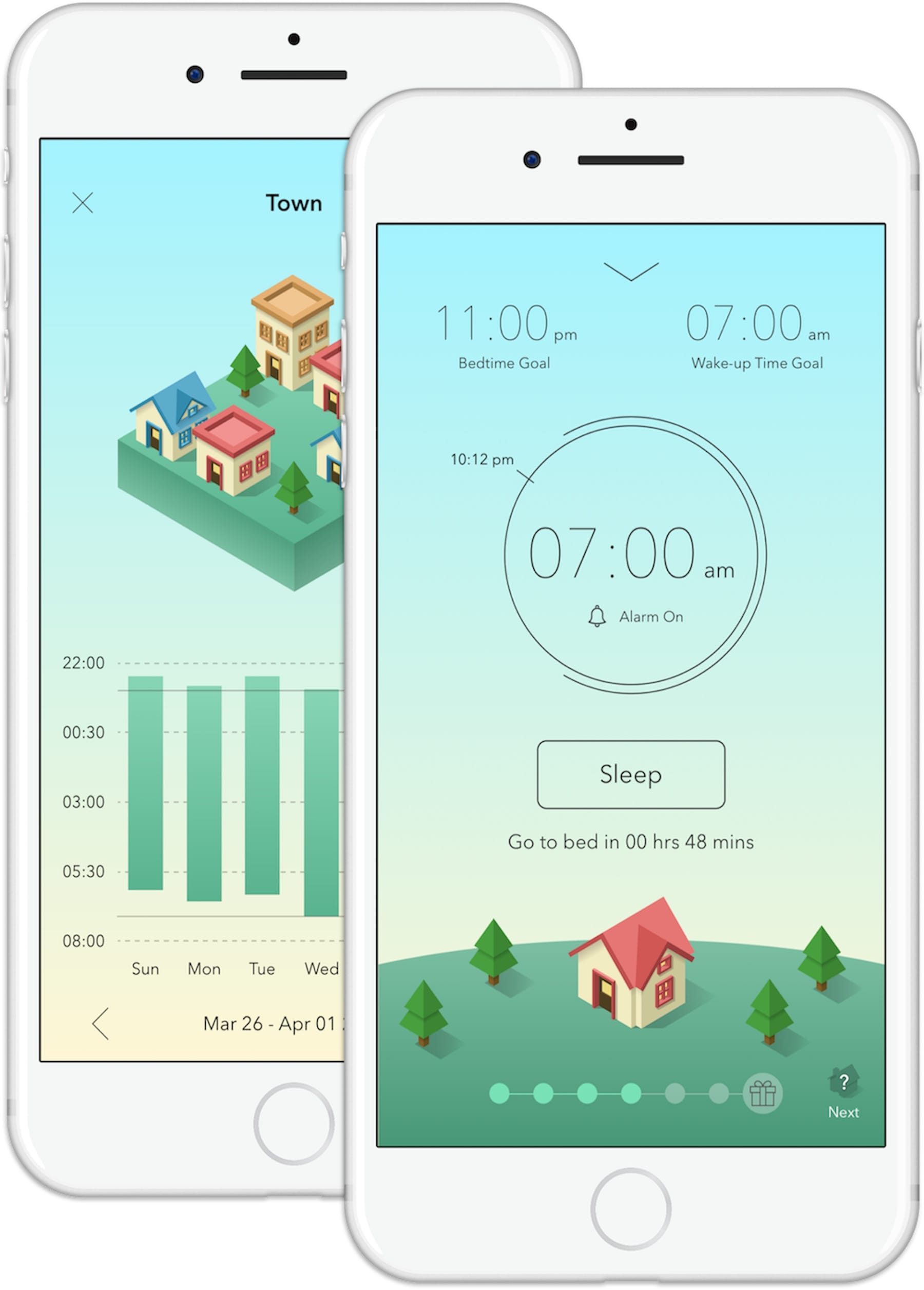 Developed by the same folks behind Forest: Stay Focused, here’s one app that you can actually sleep on – SleepTown. An equally charming productivity app, it aims to help you attain a healthy and regular sleep schedule so that you’re well-rested and at your peak performance every day. 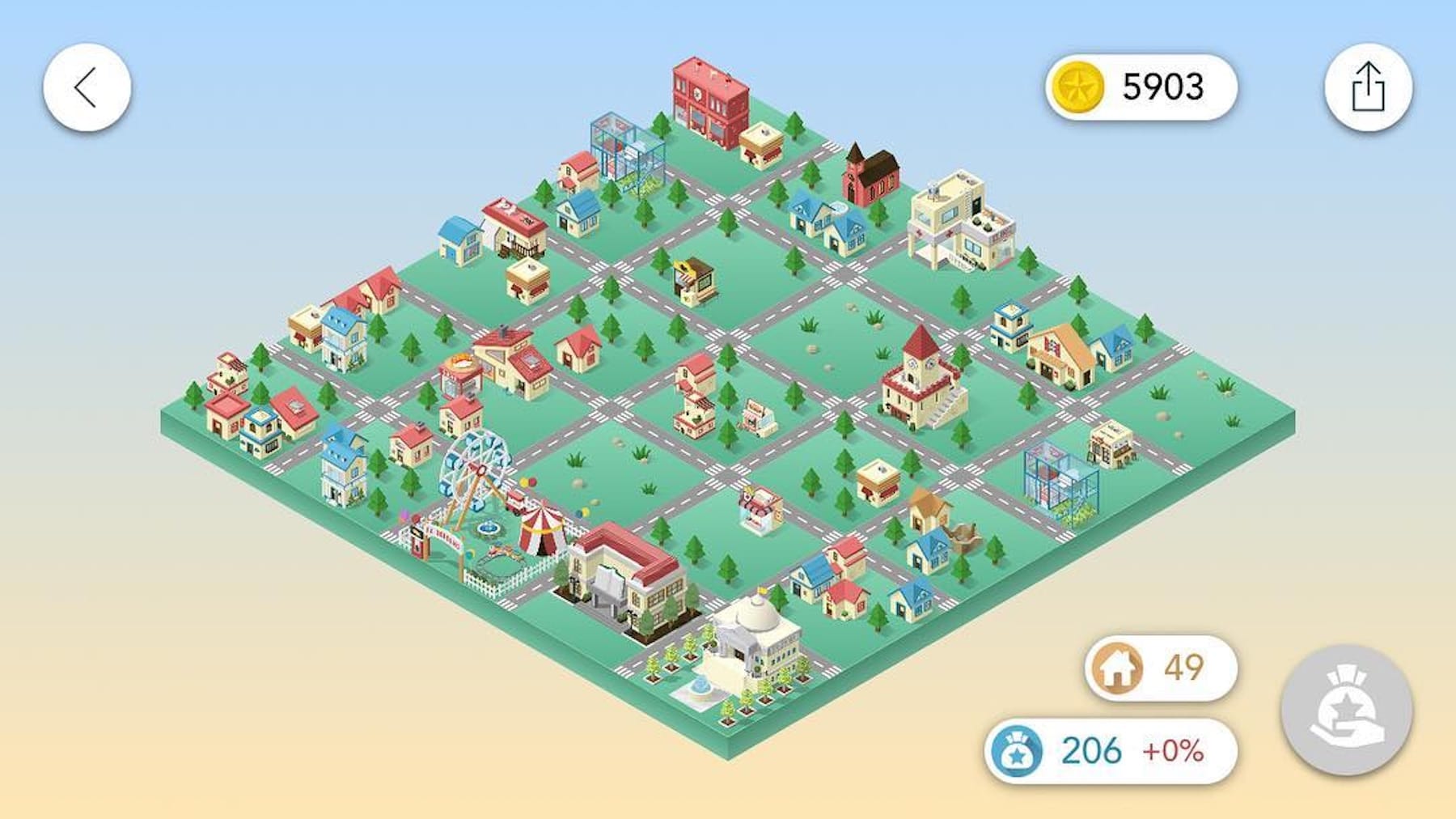 There are more than 50 types of buildings for you to amass. Source:  @tinymoooon

Simply set a bedtime goal, open up the app before you call it a night, and all sorts of buildings will start construction! From a skyscraper to a glasshouse, you’ll never know what sort of architecture will be waiting for you the next morning. 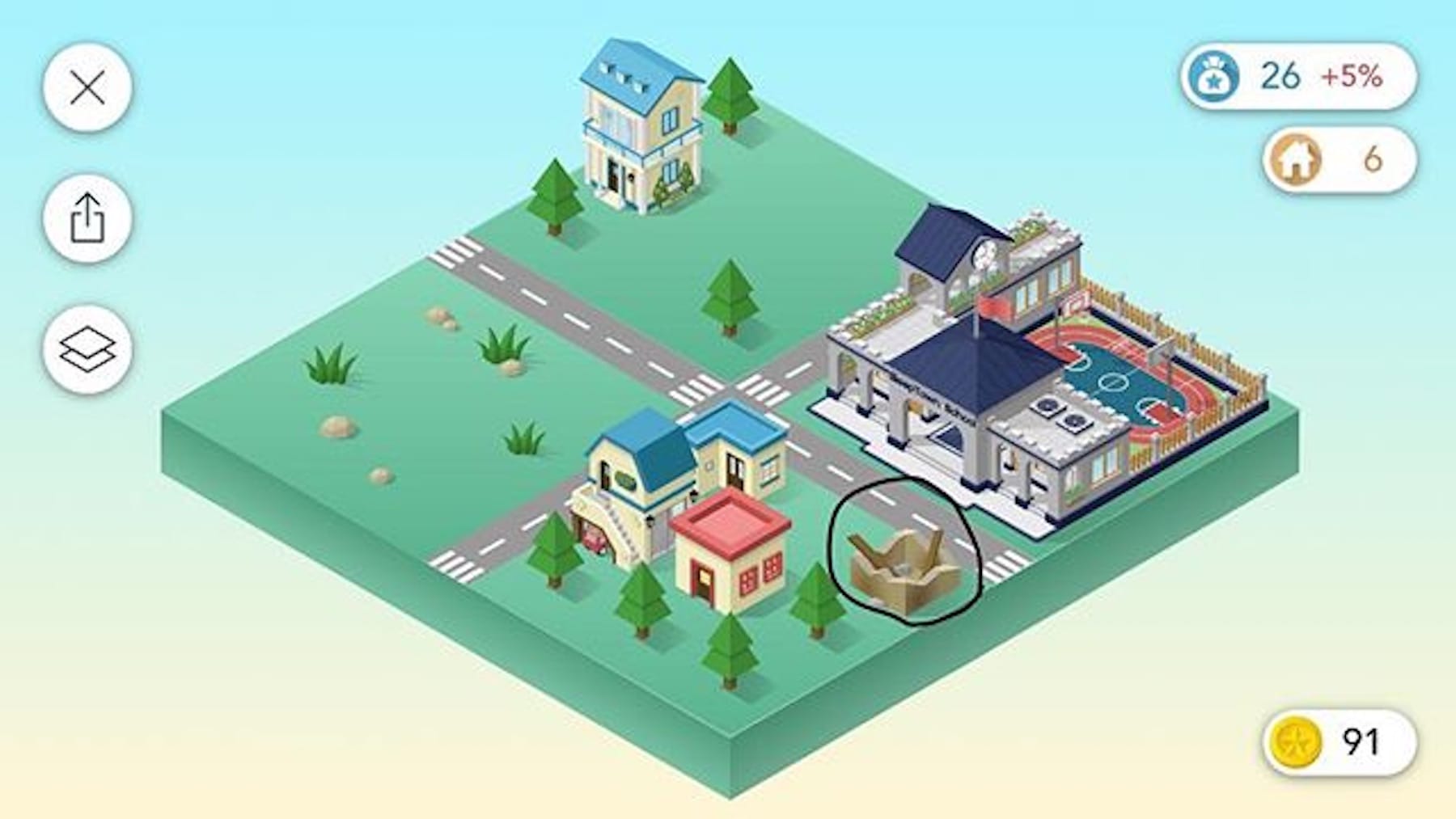 This is what happens to your building if you use your phone after your bedtime – it caves just like you did. Source: @pharmacist_400

Any attempts to use your phone during your designated sleeping period will be akin to a wrecking ball, destroying the building before it’s fully erected. Once again, the more nights you keep to your sleep schedule, the livelier your town becomes!
Note: The app is available on the App Store at a small cost of $2.98.
Download on Google Play or App Store
Website