Can’t get enough of Frozen? Just wait another three years to fulfil your Arendelle desires when the highly-popular Disney movie opens a real life version of its kingdom at Disneyland Paris.

Images released by Disneyland Paris suggest that the new area, known as Frozen Land, will consist of an aquatic attraction, two shops, a restaurant, a meeting place with two queens from Arendelle as well as replicas of the castle and village seen in the movies.

Taking centre stage is an enormous 7.5 acre lake where guests can see the snow-capped mountain of Arendelle as well as take in 360-degree views of water based shows.

If you can’t wait three years for Frozen land to be up, you can still join in the adventures of Elsa, Olaf and gang with a new show that takes place four times a day at Disneyland Paris. There’s also a new interactive experience at the park called “Frozen: A Musical Invitation” which allows guests to play and interact with their favourite characters.

But we say — wait three years and witness this beautiful, wintery park in its completed entirety when the time comes. 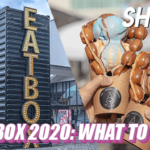 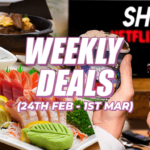