The new Apple store at Marina Bay Sands is finally accepting visitors from the public! The highly anticipated store serves as Apple’s third retail location in Singapore, and is perhaps the brand’s most ambitious retail concept thus far, with the building entirely surrounded by water and offering a 360 degree panoramic view of Singapore’s city skyline.

While the store officially opened to the public on Thursday, prior bookings had to be made for each visitor. From today onwards, visitors will be allowed into the store without reservation.

Stepping into the giant glass orb, you will be enveloped in a flood of natural lighting that shines down from the oculus in the center of the roof. Each panel of the building’s custom sunshade has also been positioned to achieve the optimum state of lighting.

While the dome may not look big from the outside, visitors will find it surprisingly spacious – with 10 trees planted along the inside of its perimeter to provide natural shade. It even has the world’s first underwater boardroom located in the basement!

Similar to other Apple stores, you may find the brand’s signature range of technology displayed with a minimalistic sense of aesthetic throughout the store. Colourful displays of Apple Watches and iPhones add a playful and casual touch to the atmosphere.

A large area of the store is dedicated to the Forum, a video wall and sharing space that will be used for Apple sessions hosted by creatives, entrepreneurs, and developers – a reflection of the company’s dedication to creating opportunities for conversation.

All in all, the store serves as a perfect merging of Apple’s high-tech image and aspects of nature. Drop by to see the beauty of the dome’s design for yourself!

Photos in this article are used with permission by Andrew JK Tan of Mentorgraphy. 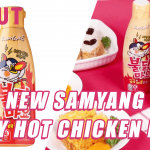 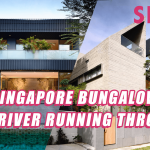