Savour the thrill of adventures around the world under one roof 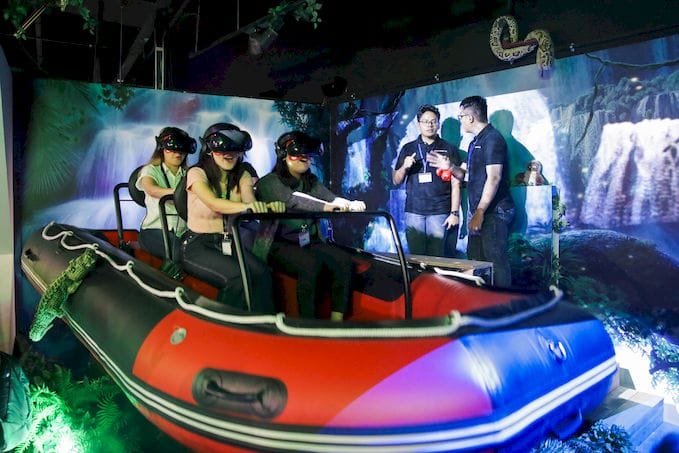 If you can’t take time off to fly around the globe and embark on adventures, the next best thing is now here in Singapore – HeadRock VR, a full-fledged VR theme park with 11 adrenaline-pumping attractions that includes braving a blizzard storm, jumping into molten lava, and fighting off zombies! 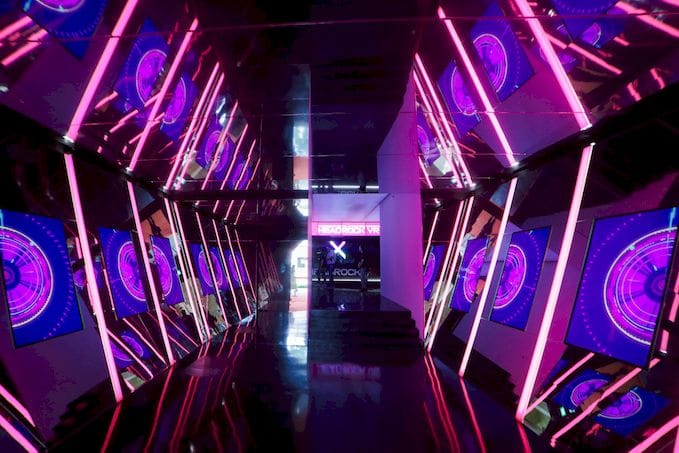 Opening to the public on 17th November, HeadRock VR is located at Resorts World Sentosa and features state-of-the-art VR technology that can be found in large-scale theme parks in Korea and Japan. To ensure you’re really “transported” to another reality, the attractions are also equipped with interactive elements like strong winds and motion-simulators! 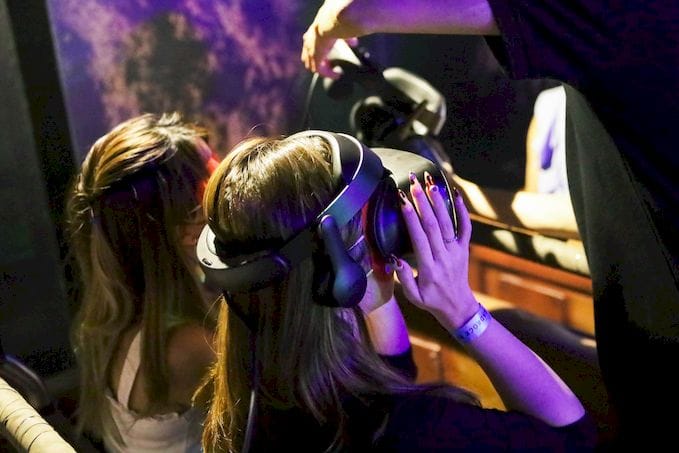 To cater to fun-seekers of all kinds, the attractions are split into 3 categories according to the thrill level – Green being the mildest, Orange for those slightly more adventurous, and Blue for the ultimate daredevils. 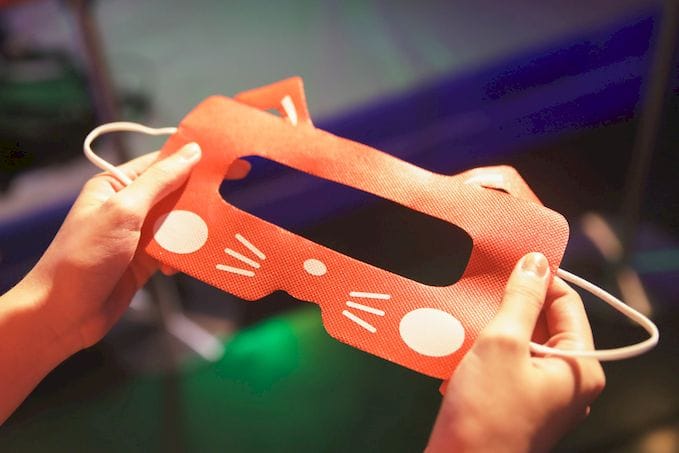 Don’t worry about the hygiene of sharing headgear – disposable eye masks are provided! 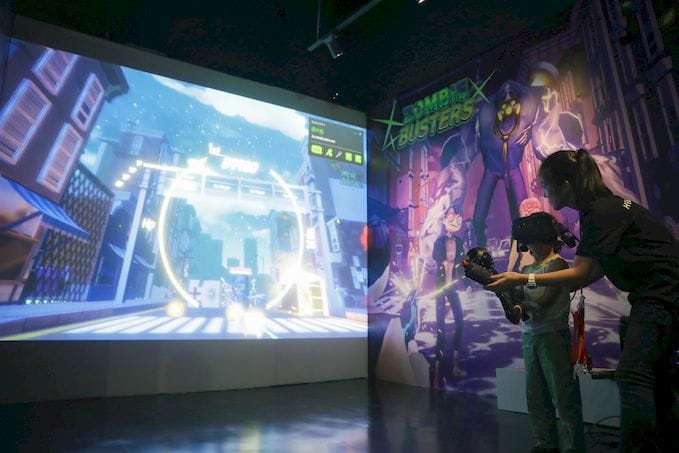 Those who’ve never tried VR before can get their feet wet in the Green zone, which has attractions like the VR Room, Robin Hood, and Zombie Busters. 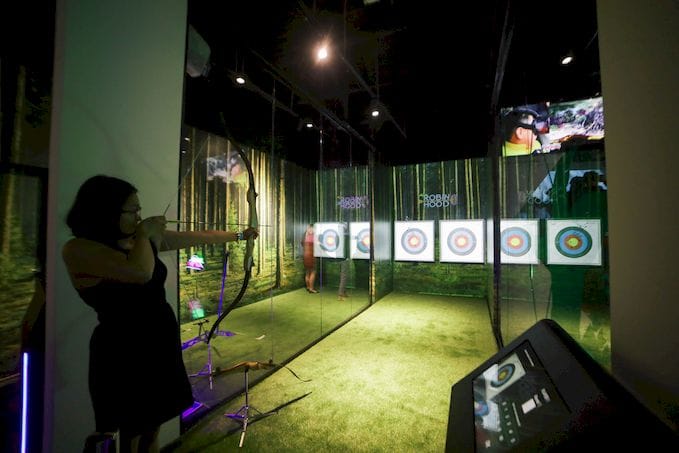 Great for those prone to motion sickness, most of these games only require you to shoot at monsters and zombies, making them perfect for a friendly match challenge between you and your buddies as well! 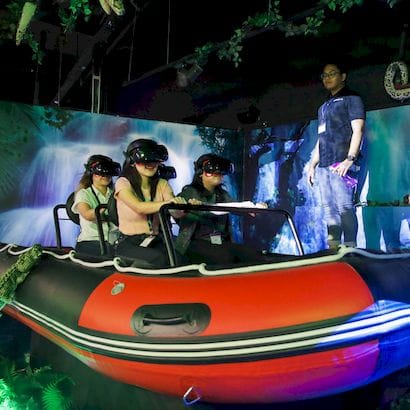 For those who are familiar with VR but want something more than just a 360° replication of a different environment, head straight to the Orange zone. There, you’ll find Extreme Train, Jungle Rafting, Horror Room, and Skyscraper!
These will have you hanging on tight for the ride of your life and bring arcade shooting games to a whole new level – trust me, we even heard some screams while we were there. 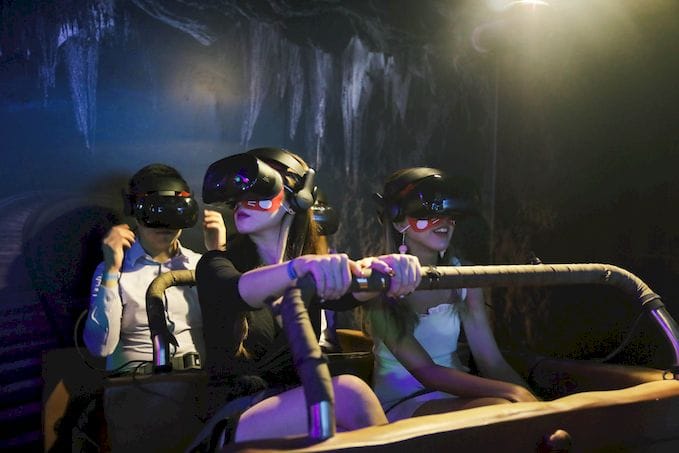 Make sure to give the Extreme Train a try if you’re a hardcore roller coaster fanatic – I’m the kind who’ll sit on USS’ cyclone ride all day if I could, and I had a blast on this one! 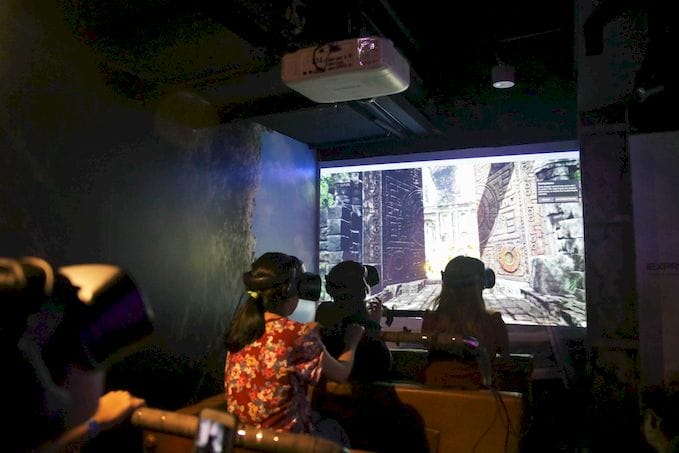 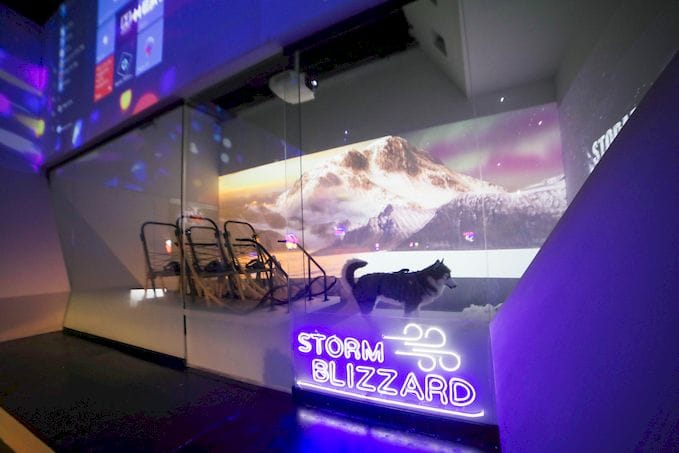 As for adrenaline junkies, dive right into the Blue zone to brave through a blizzard at Storm Blizzard, swing among the treetops at Jump Jump, drop 1000m into molten lava at Flying Dive, and slash around to the beat of the music with lightsabers at Beat Saber! 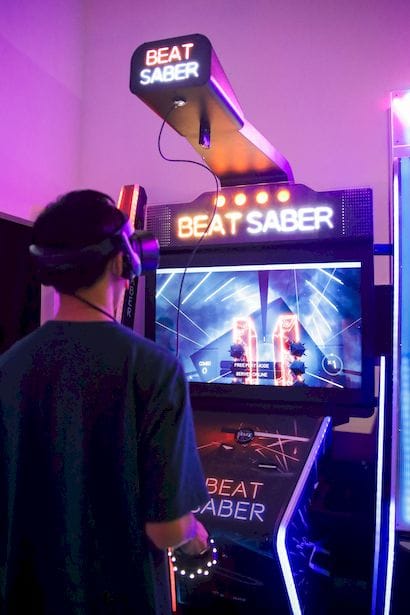 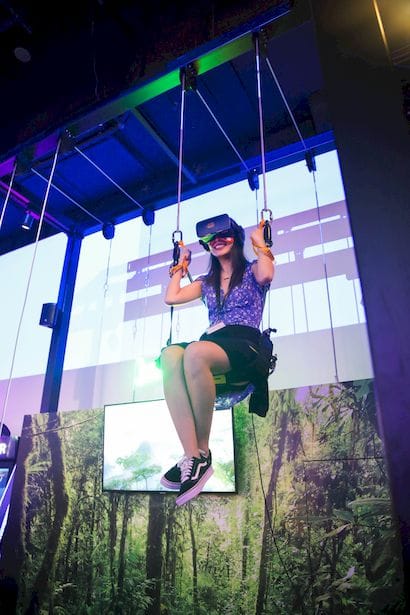 Jump Jump was the ultimate swing ride for the inner child in me!

A few of these rides have little easter eggs in them too, with local Singaporean icons popping up just when you least expect it – if you’re lucky you might be able to spot a Merlion or two!
Plus, here’s an added bonus for K-pop fans – Seungri from world-famous boy group Big Bang is one of the folks behind HeadRock VR, and because of that, a lot of the “tour guides” on these VR adventures are the voice recordings of Seungri himself! On top of that, he’s apparently planning to rope in more idols in the future. 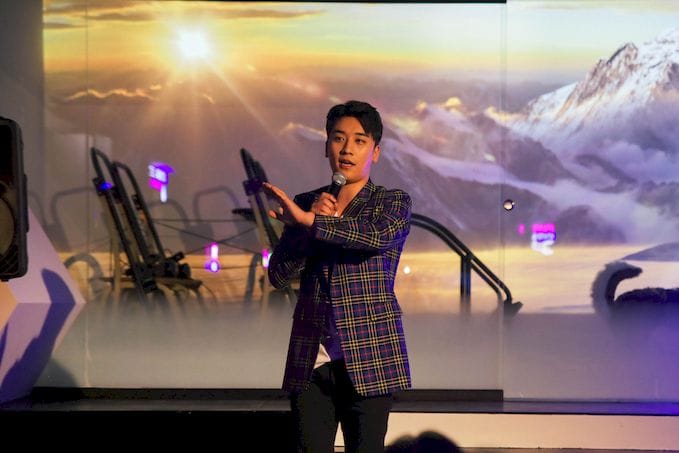 Seungri was there at the media event too!

Ticket packages of entry to 3, 5, and 7 attractions are available from $35 – $65, and theme park goers are allowed to mix and match the attractions according to colour zone. 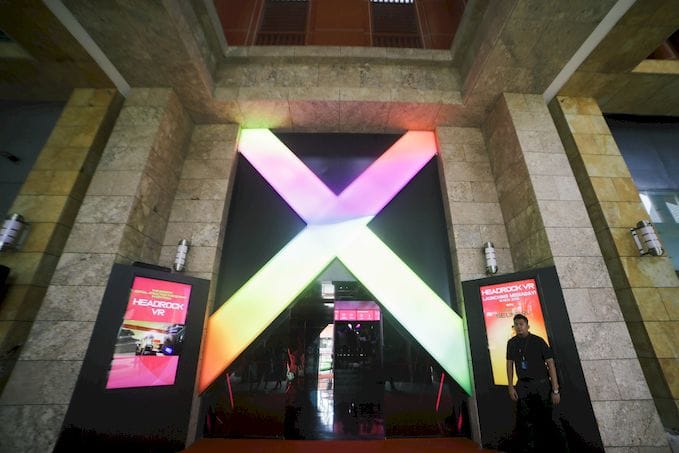