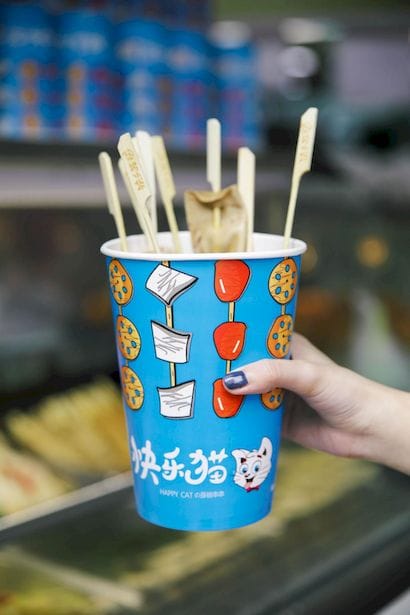 My fellow mala addicts, it is with great joy that I share with you the arrival of Happy Cat Chuan Chuan – a pop-up stall right in front of People’s Park Complex that specialises in cold mala skewers served in a cup. 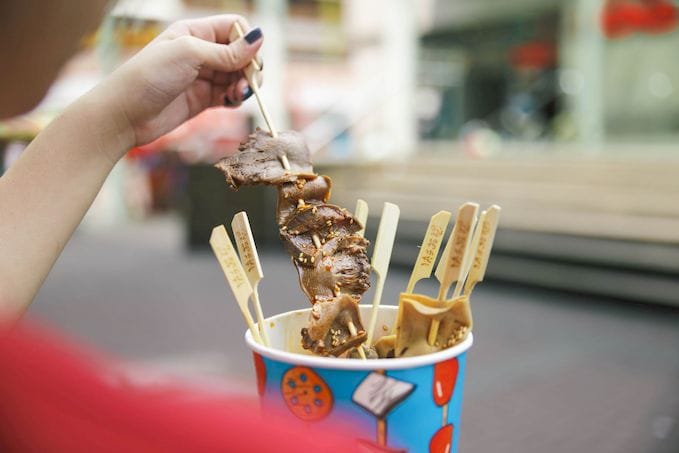 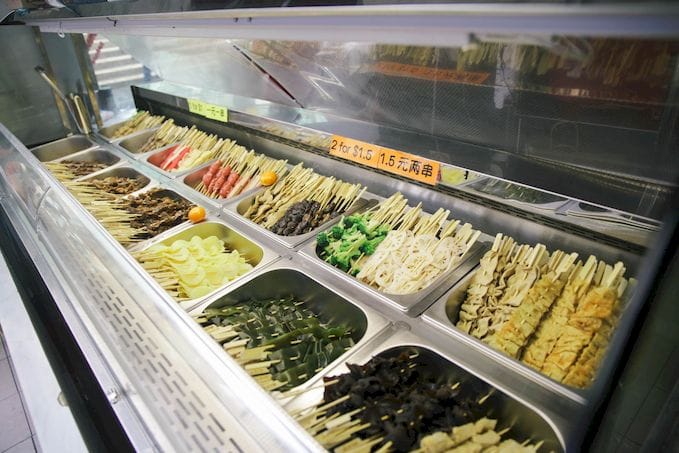 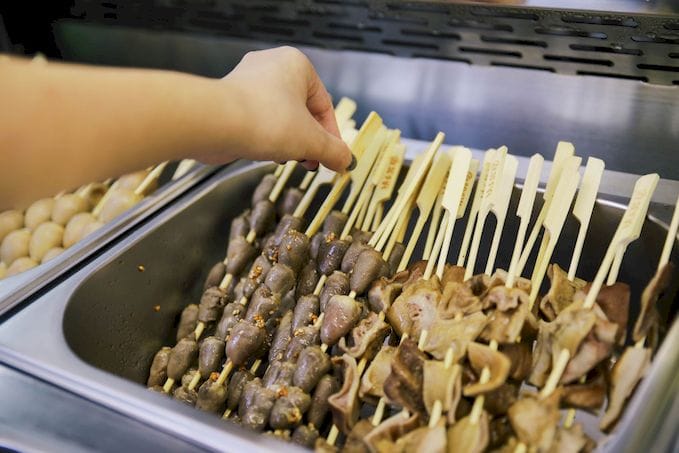 They have innards like chicken heart, pig tongue, pig ear, and beef tripe too!

Each stick of meat and seafood costs $1 while every 2 sticks of vegetables cost $1.50, and all you have to do is to help yourself to the sticks and hand them over to a staff who will dip them into homemade cold mala sauce. 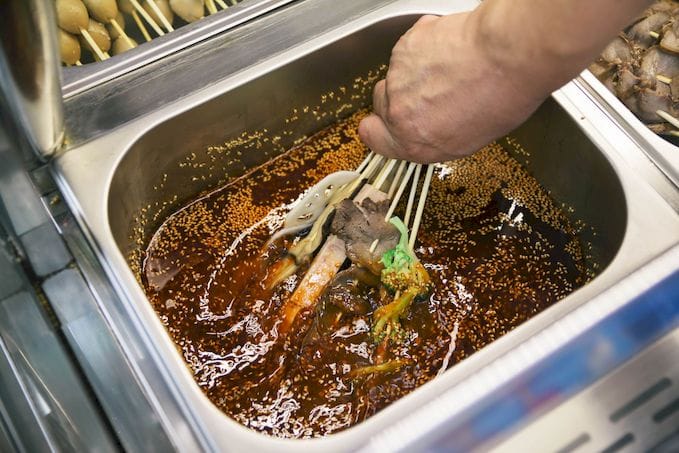 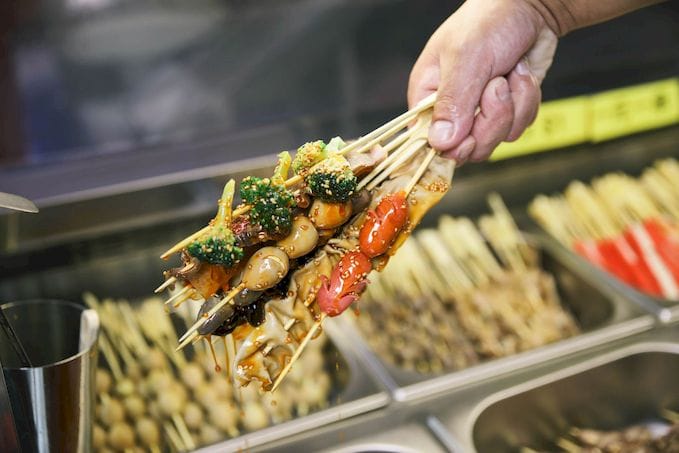 Extra fragrant with a stronger hint of ginger and sesame oil than most mala stalls, the sauce was satisfyingly mouth-numbing with a distinct peppercorn taste that hits you slowly thanks to the cool temperature. 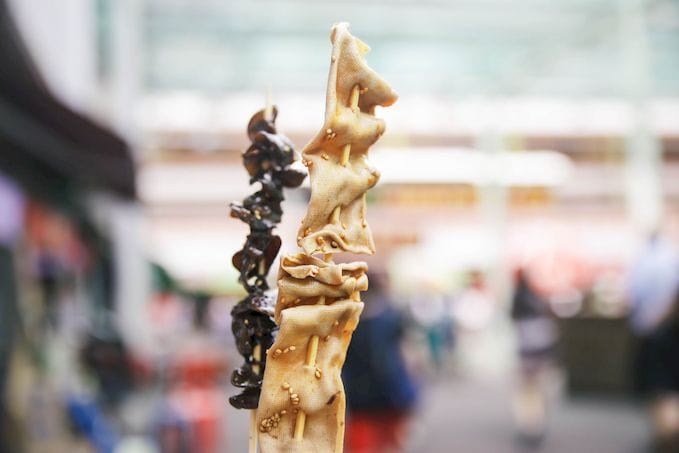 It’s the first time we’ve had mala without sweating, and honestly, it’s something that we could get used to in sunny Singapore. FYI, we weren’t sponsored for this article, and we’ll definitely be back again soon! 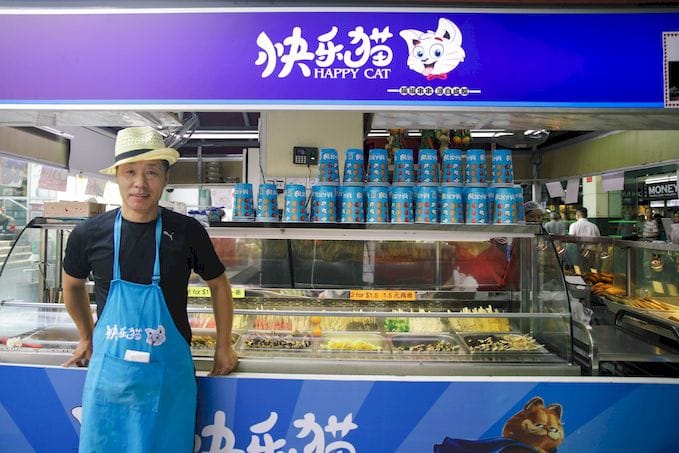