Many have heard of Coyote Ugly Saloon, the US bar and restaurant famed for having female bartenders (also known as Coyotes) dressed in sexy cowgirl outfits dancing on the bar. But little know the impact of this iconic 27-year-old iconic establishment: not only did it inspire a cult movie with the same name in 2000 and grossed more than $110 million worldwide, it also went on to open more than 25 franchises around the globe. 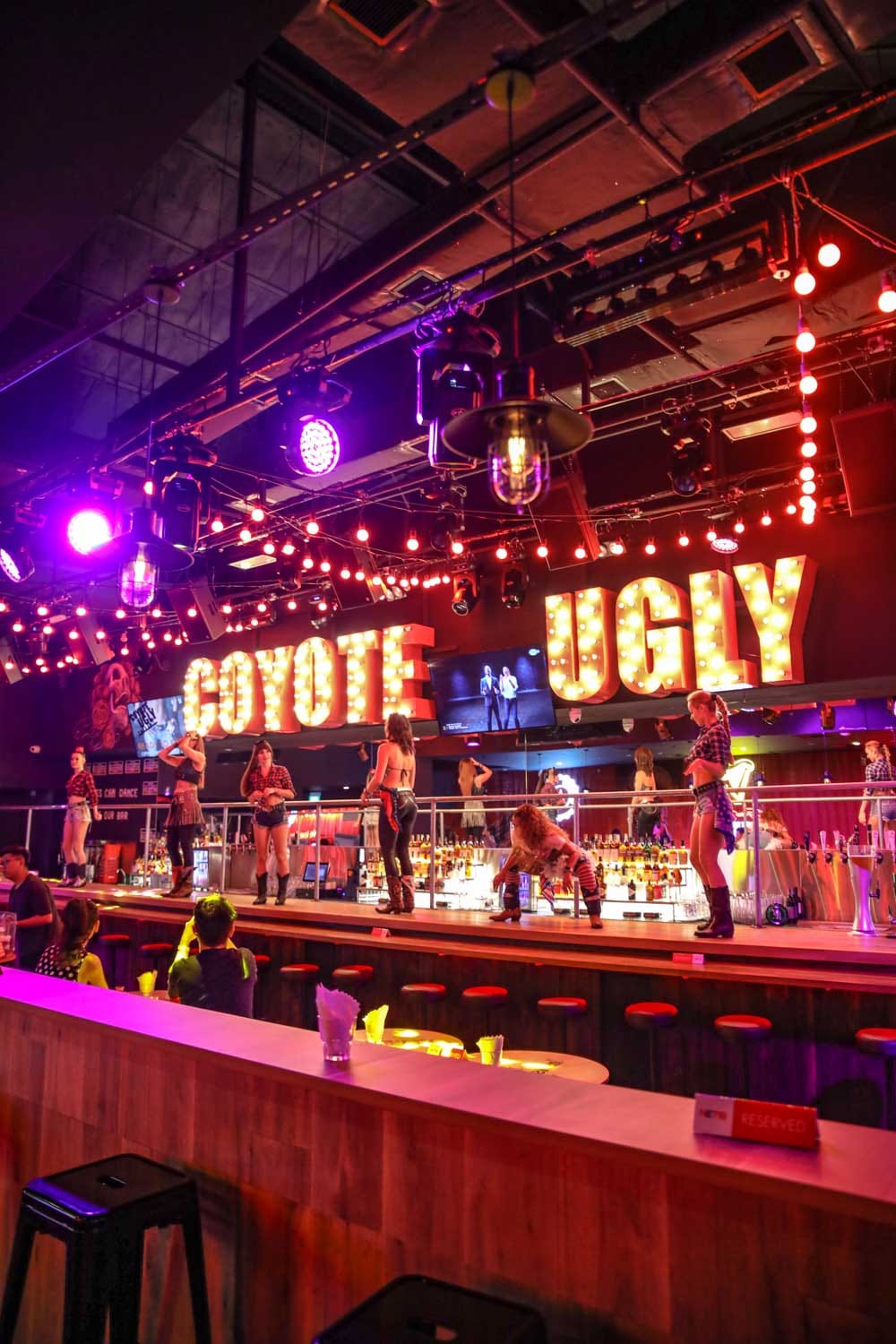 The newest franchise in Singapore, which opened last night, is the only outlet in Asia outside of Japan. We checked out their grand opening and got to experience the winning formula of Coyote Ugly — being a Coyote. 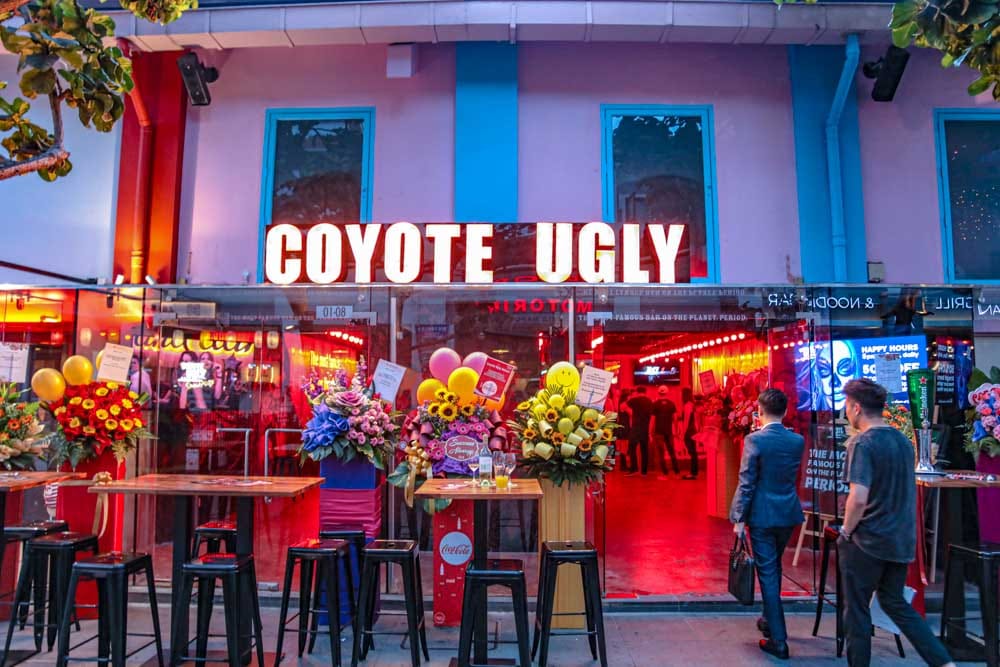 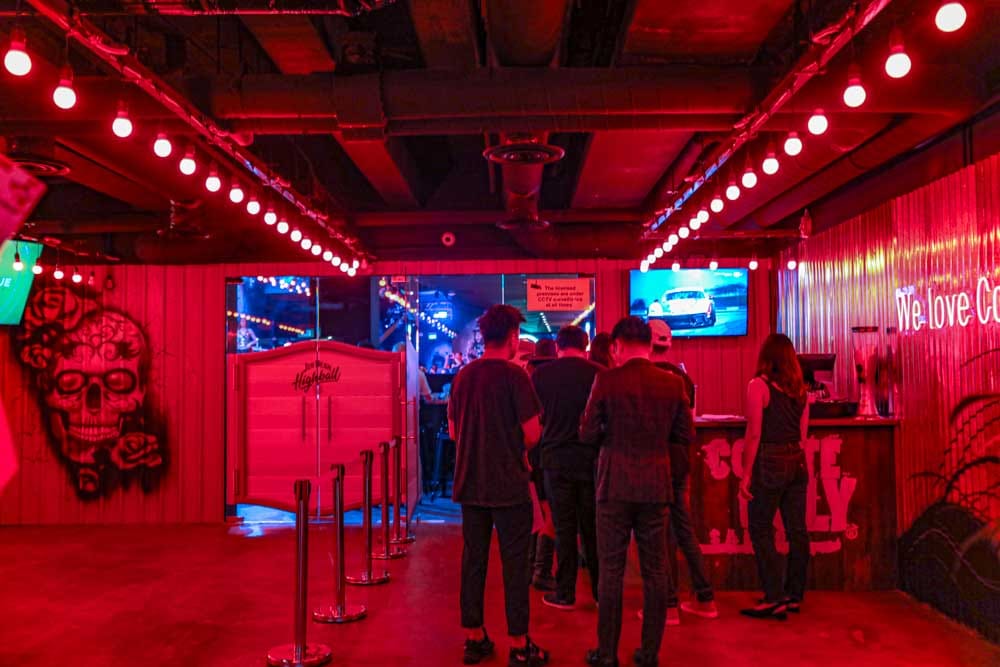 This 700-capacity venue, which took over the space of former f-Club, is likely one of the biggest bars in town. You almost don’t have to jostle, and there are multiple sofa booths reminiscent of an American diner to sit back and drink in comfort. 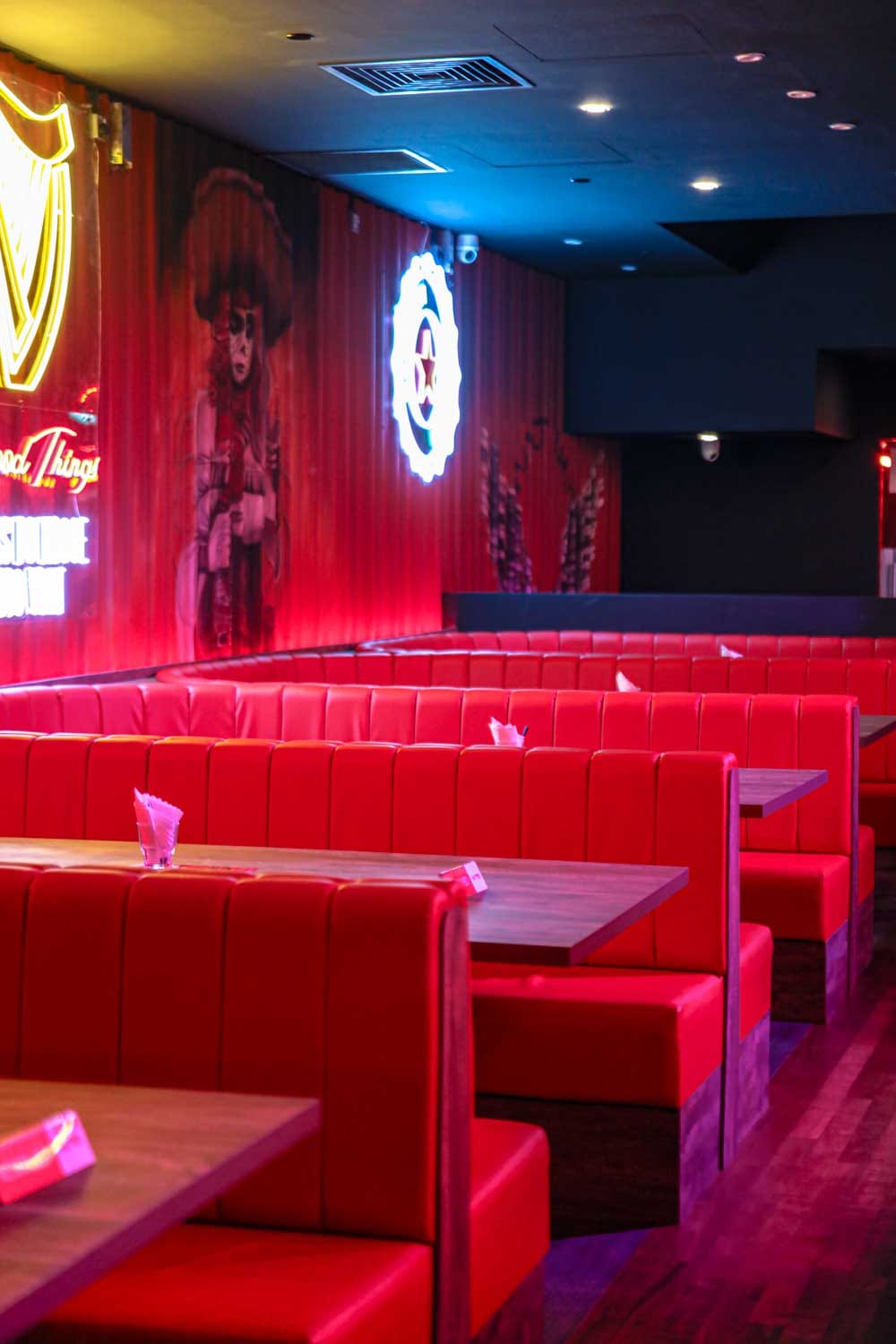 In fact, the space is so big that it can fit a gigantic teddy bear mascot — definitely the largest we’ve seen. 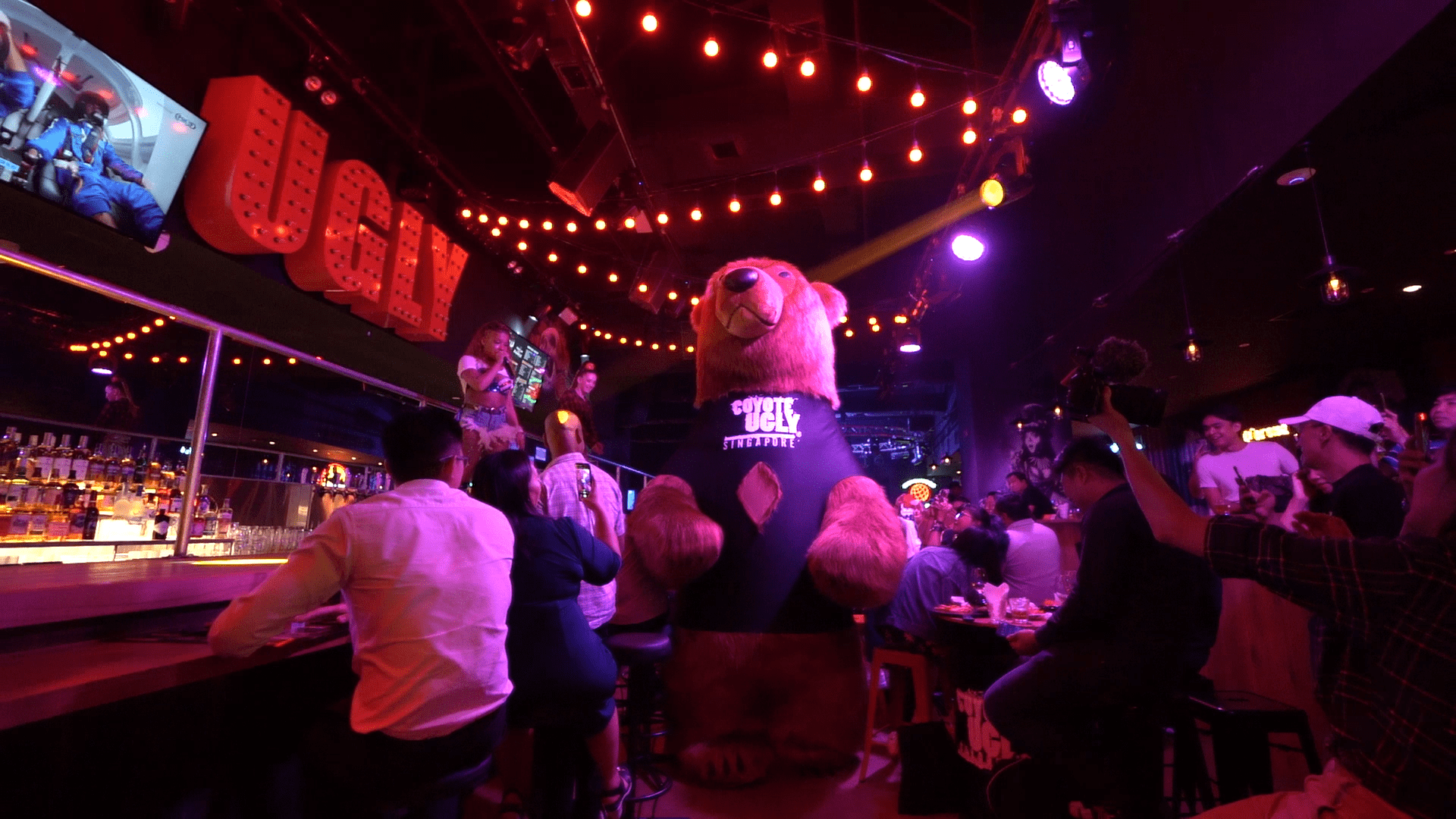 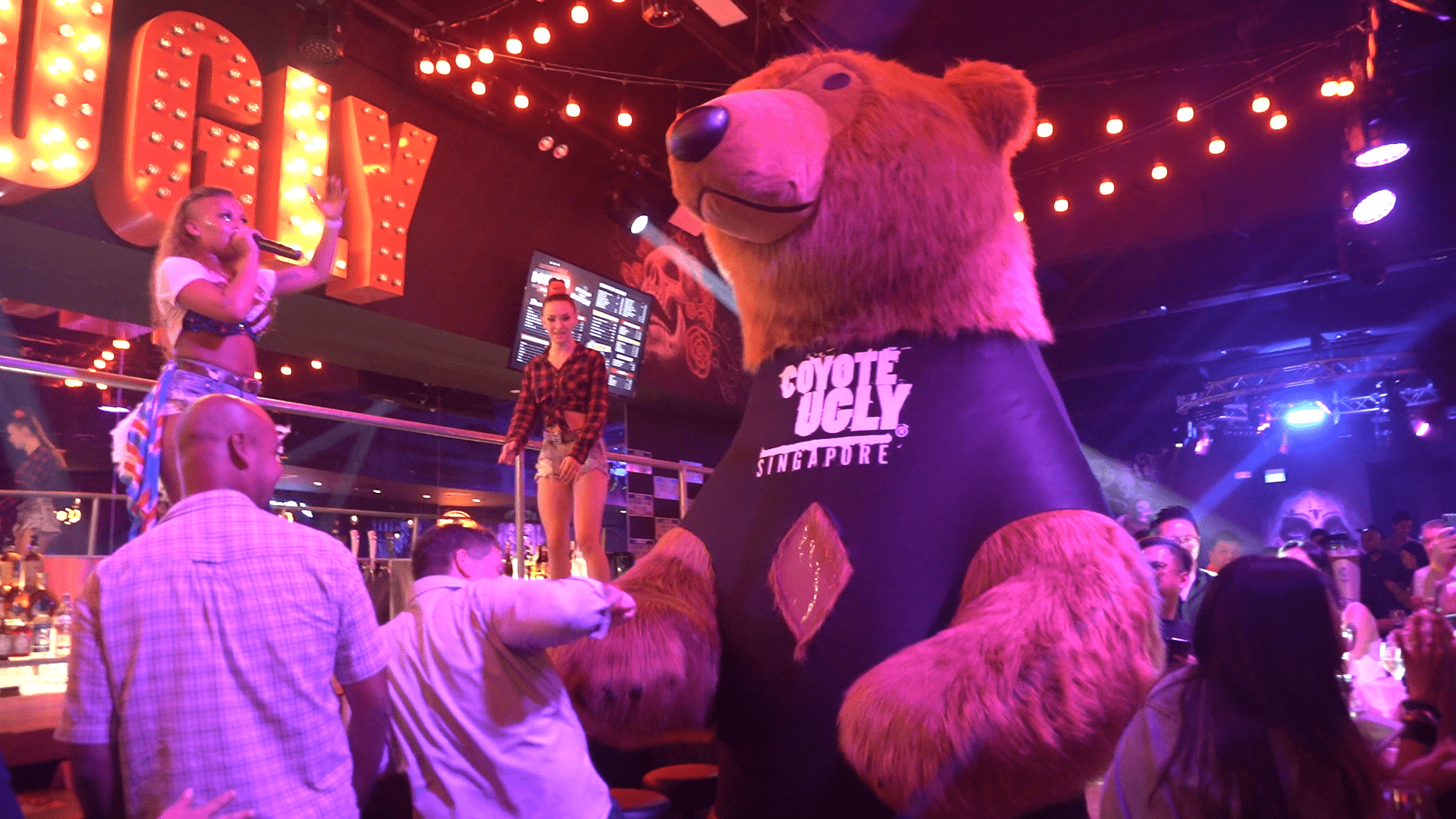 All eyes turn to the Coyotes as soon as they hit the bar tops with their choreographed dance routines and sexy Texas-girl outfits — think plaid shirts, denim shorts, rhinestone belts, bandanas, and of course cowgirl boots. If Coyote Ugly’s culture picks up enough here, the flannel and denim shorts trend might just make a comeback among Singaporean girls on the streets and even clubs. 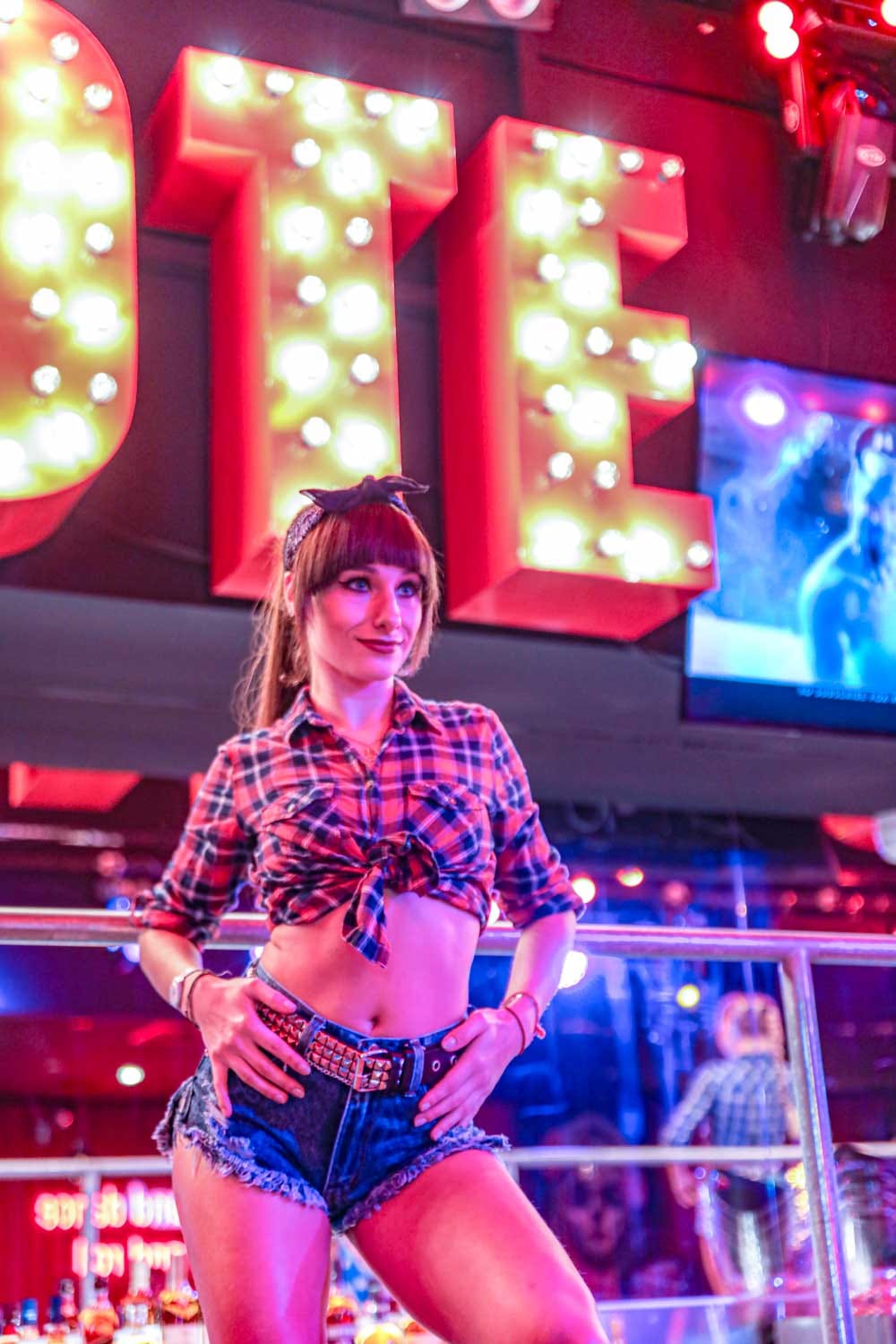 We were told that performances happen every 20 minutes; but it seemed more like the ladies danced the entire night non stop. 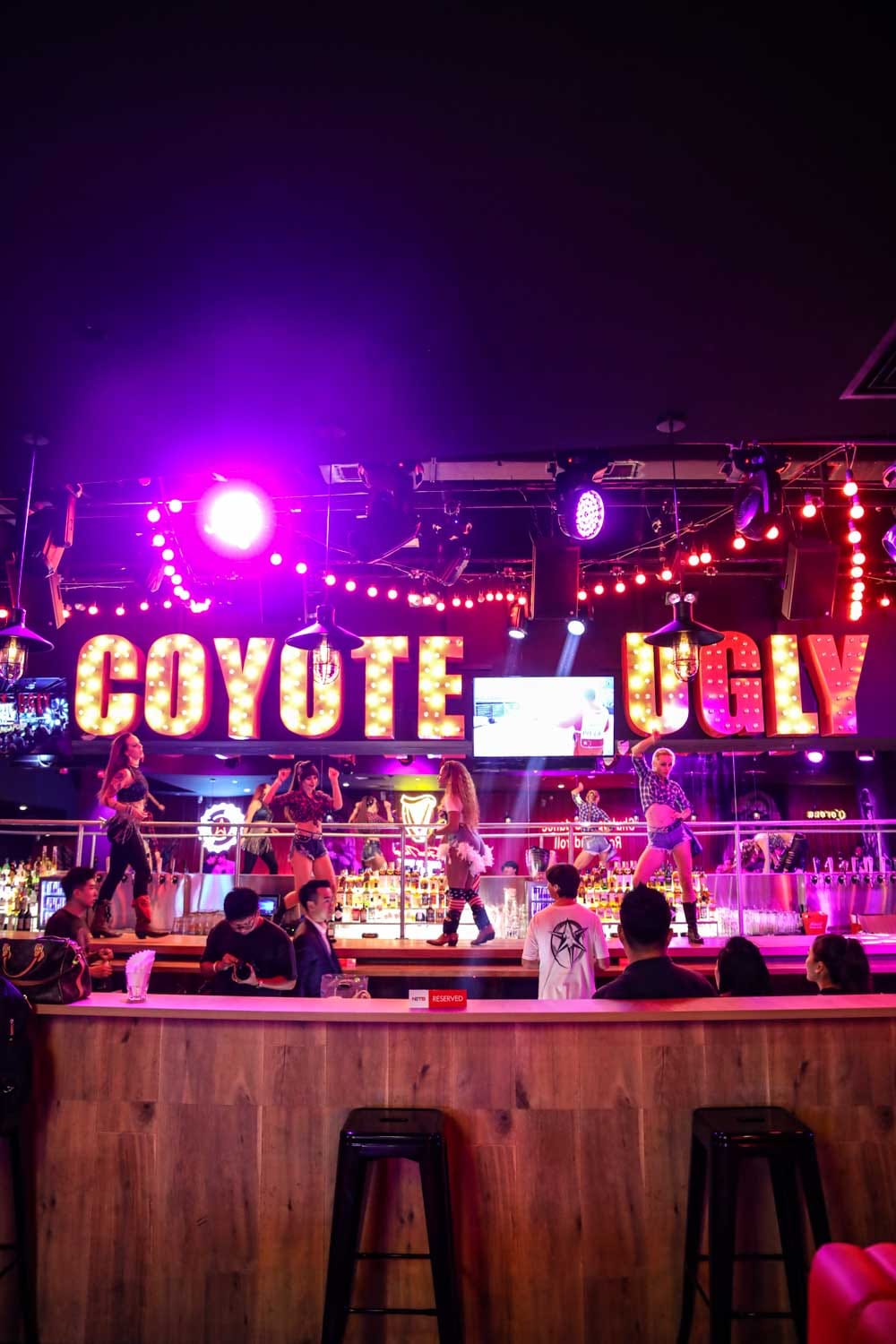 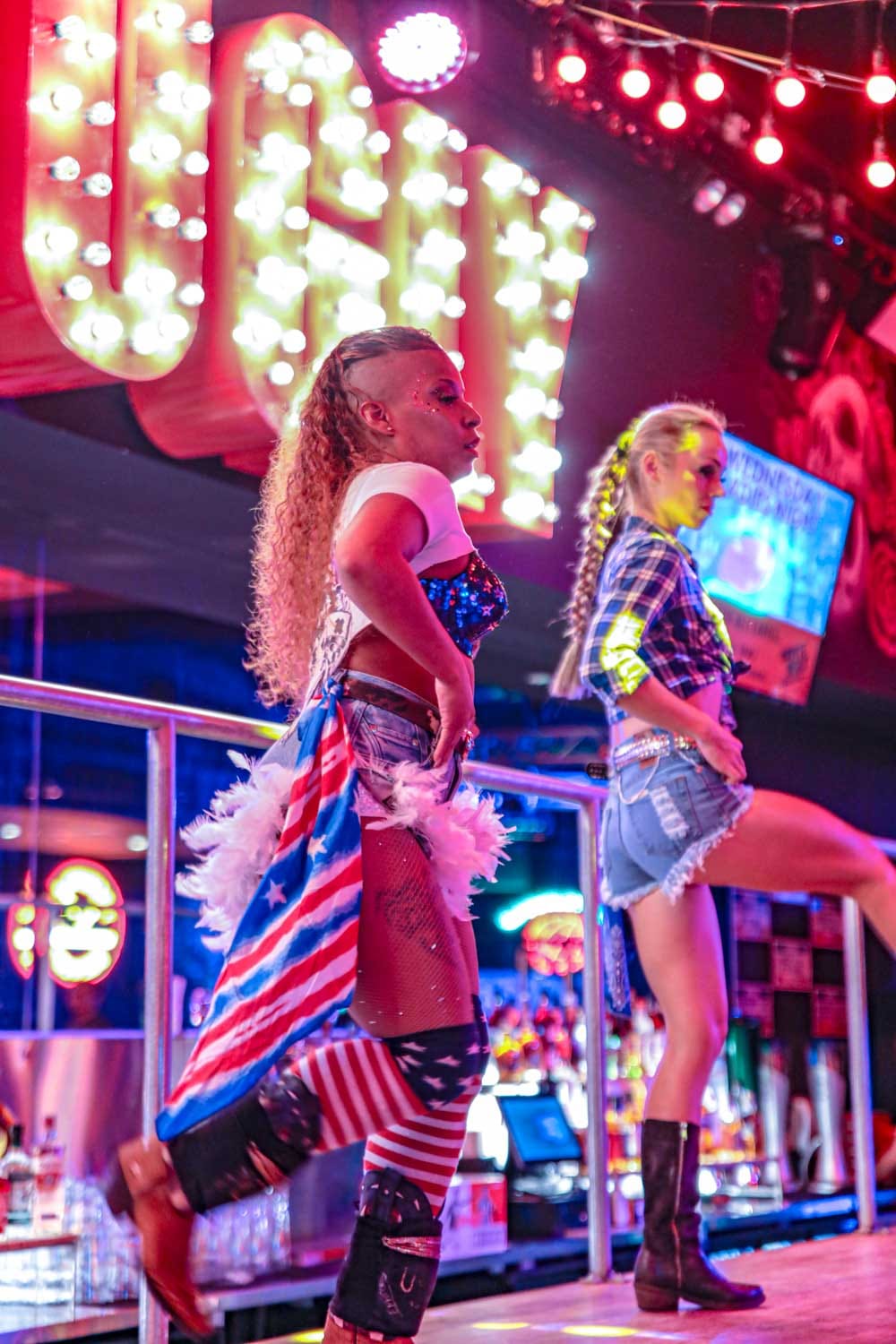 The older crowd would enjoy the classic rock and roll and country music the bar plays, but chart toppers occasionally hit the speakers as well. From tunes featured in the movie such as SNAP!’s Power to today’s Top 100 songs, Coyote Ugly is most certainly a place for music lovers too. Ladies in the crowd are encouraged to join the Coyotes on stage (as we did).

You’d most likely feel out of place if you don’t dance (like me) or if your dancing is limited to those drunk moves you break out at the club every weekend, but as Liliana Lovell, the founder of Coyote Ugly once said, “go big or go home; it’s pride and embarrassment all rolled into one emotion”. 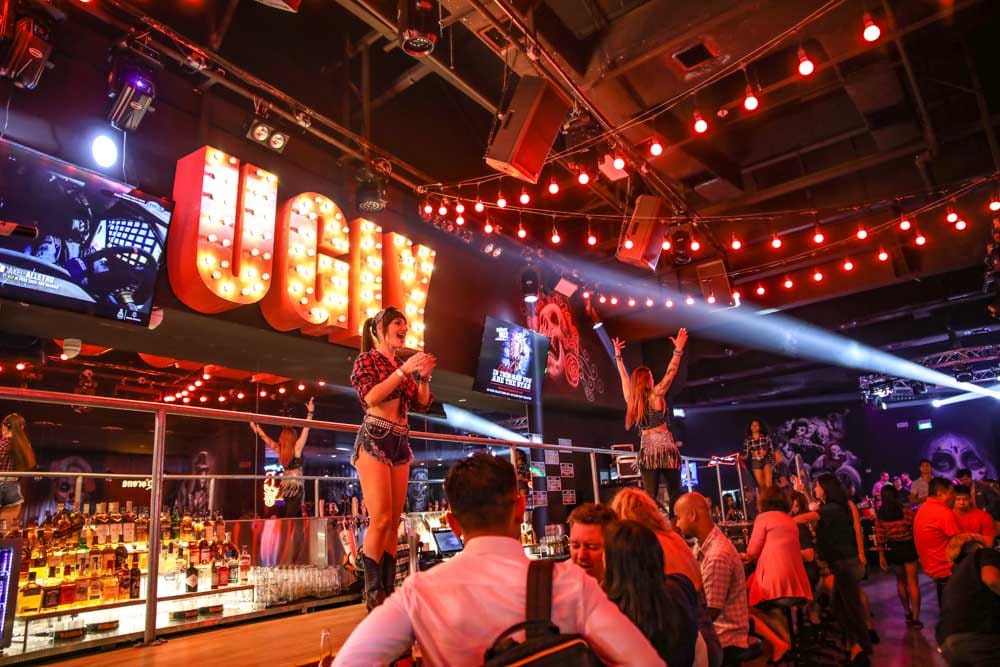 As with other franchises, Singapore’s outlet also has the dizzying bull rider. 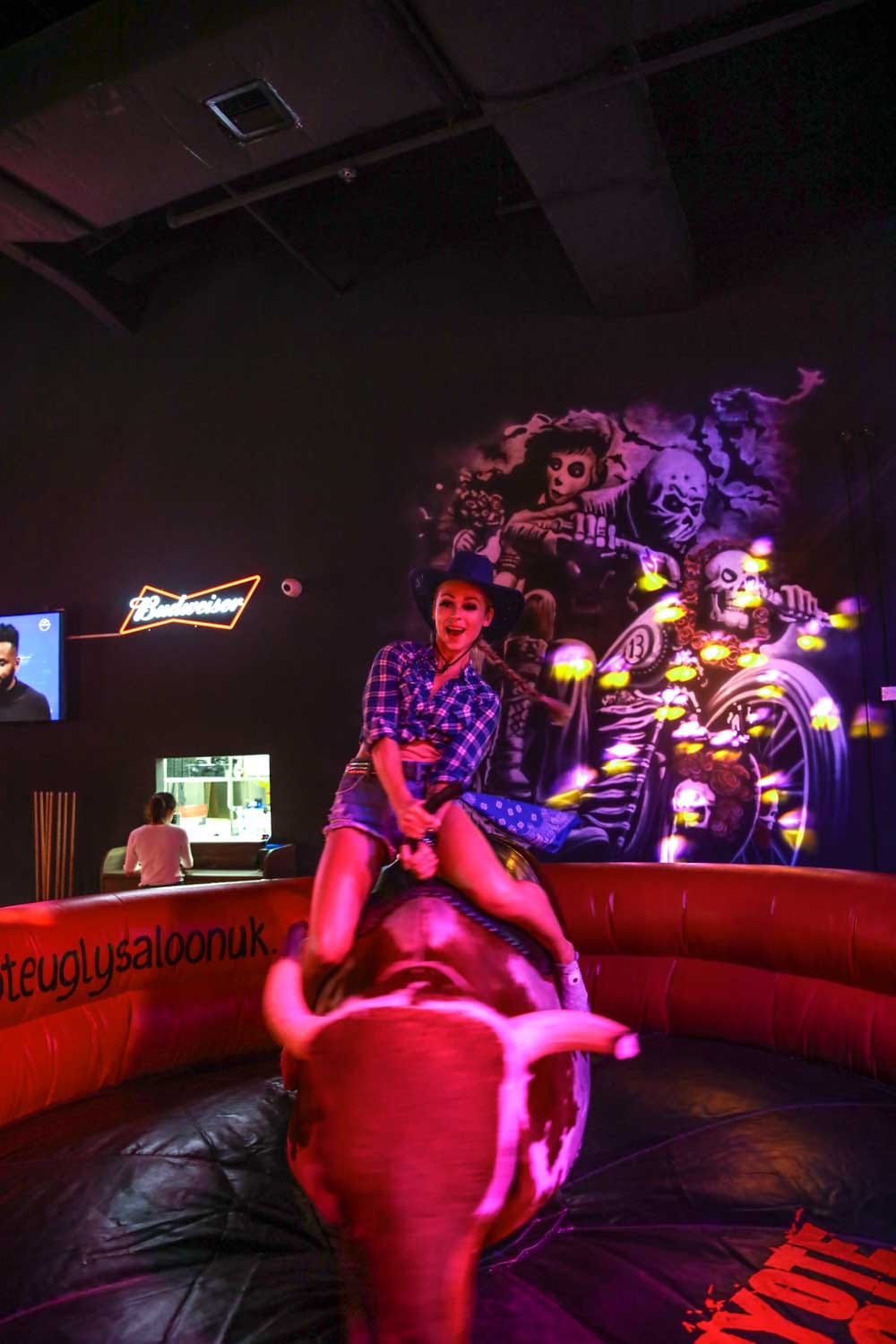 The person-in-charge manning the control system will adjust the speed from fast to slow, but he is also open to requests should you wish to sabotage your friend on the bull.

At just $2, you also get to play a game of pool at the pool table section. 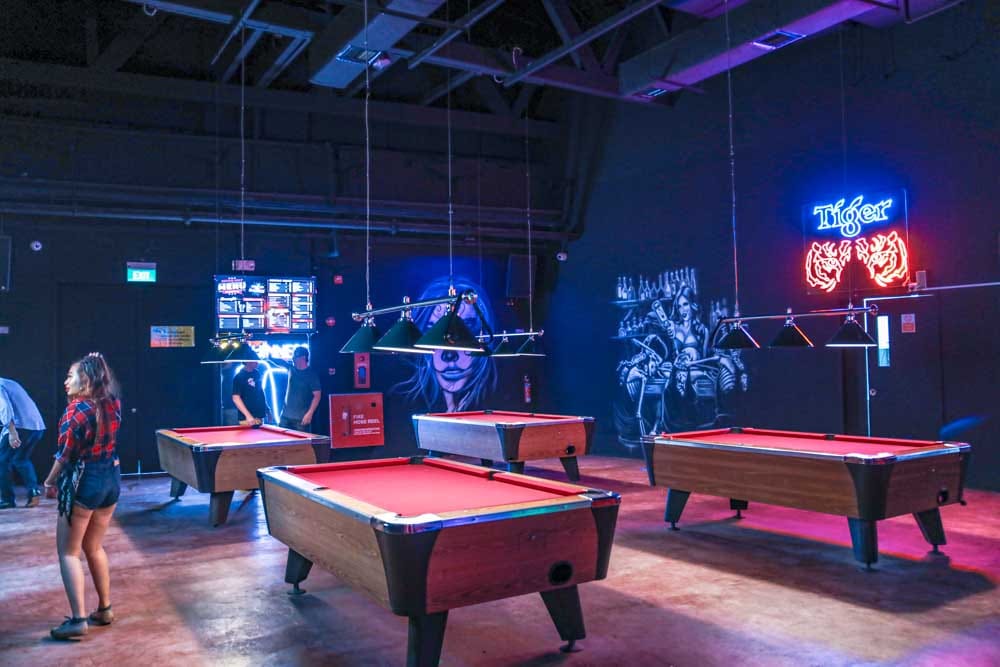 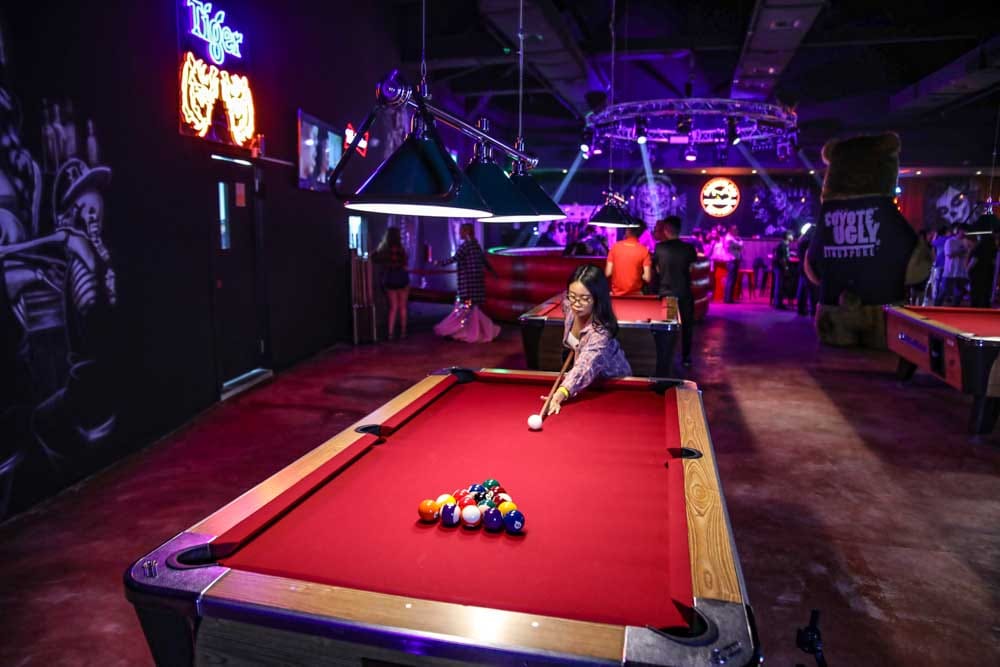 House Pour cocktails and bar bites are available too — we opted for a platter which consisted of generous servings of chicken, fries and authentic barbecue sauce. Platters start from $35, but we were told they have separate appetisers from $12, burgers from $15 and pizzas from $18.

There’s a reason why Coyote Ugly labels itself as the “most famous bar on the planet”. Not only does it stand out with its unique cowgirl-theme and dancing formula, it’s also frankly a place that provides one-stop entertainment — booze, stellar music, food, games and a liberating environment. With the encouraging culture, Coyote Ugly could change the bar scene in Singapore and introduce one that’s more than getting smashed to unwind.

Oh, it’s also opened seven days a week — fantastic if you want to giddy up on the dancefloor or on the bull on a Monday night. 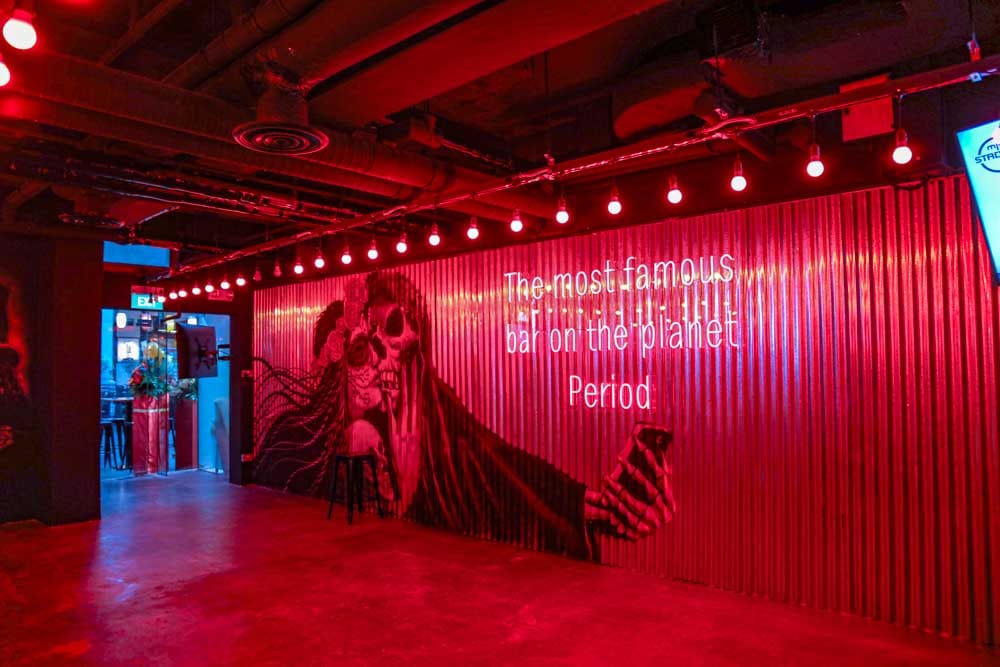 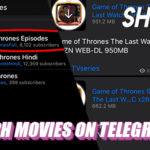 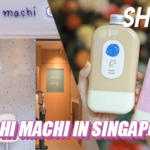