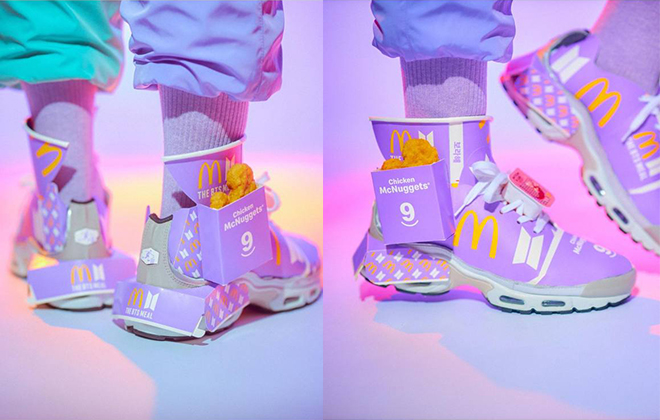 Singaporean K-pop fans have waited a long and hard month for the delayed release of the much anticipated BTS McDonald’s meal. For many, the enjoyment does not simply end there. Finding creative and innovative ways to preserve the limited-edition, purple packaging, fans all over the world and on social media can be seen carefully washing and cutting out each paper bag, sauce label and cup, to create lasting displays of their support to the band!

Here are some of the ways in which fans have preserved this iconic collaboration!

Arguably the most impressive of them all, Instagram user @jaydenation’s diy BTS sneakers were constructed using the cardboard chicken nuggets box and a pair of real sneakers. Punctured to create holes for functional laces, these sneakers are topped by two unopened BTS sauces and showcase DIY containers or pockets in which he has displayed the McDonald’s nuggets! 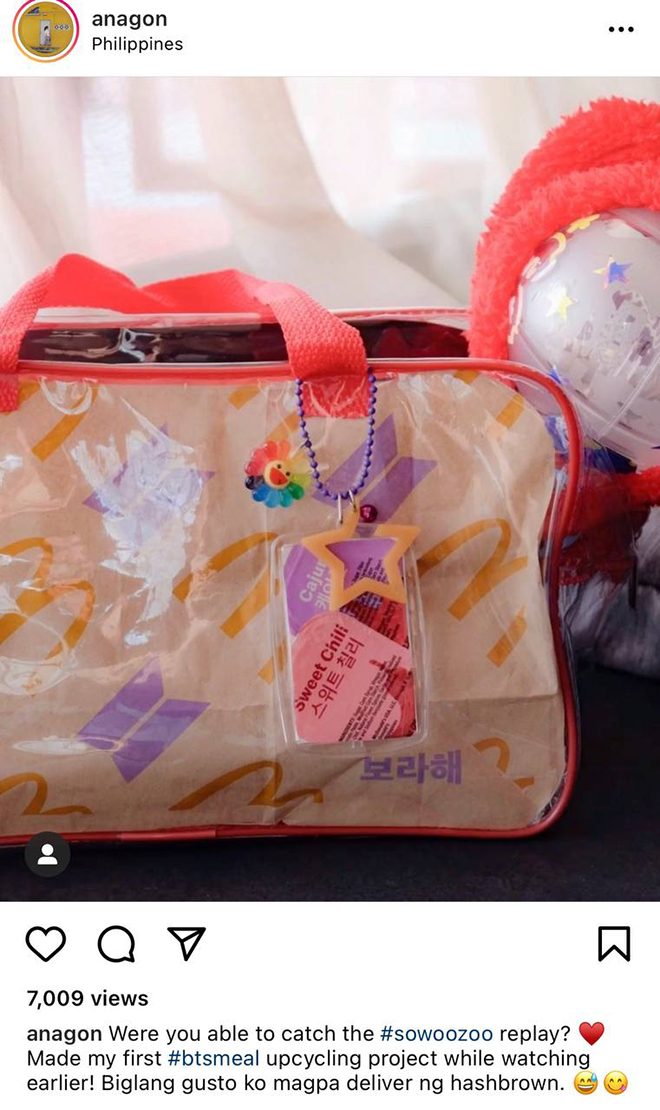 Utilising bits and pieces from each component of the BTS-themed packaging, Instagram user @anagon from the Philippines carved her unique keychain from cardboard chicken nuggets box and proceeded to wrap and layer sauce labels over it and seal the final product within a clear holder with purple beads and other accessories for added visual appeal!

For her BTS ARMY bag, @anagon carefully measured the perimeters that she would need before cutting and adjusting. She then used acetate sheets to waterproof the internal side of the packaging and attached it to the insides of her bag using double sided tape! 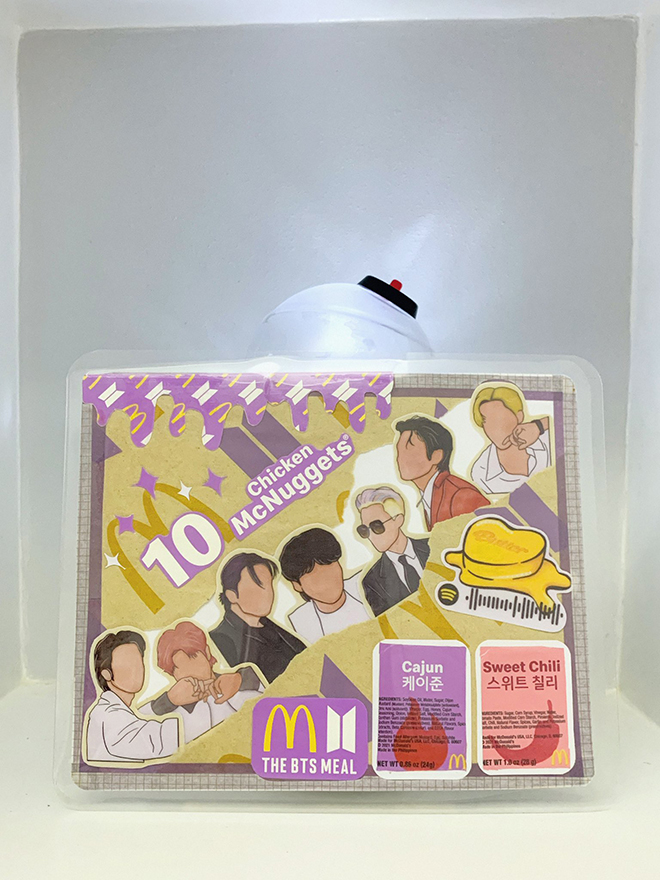 In a similar effort to preserve the iconic BTS McDonald’s packaging, Twitter user @wonjajeon crafted a DIY BTS picture card from all elements of the original packaging, and further furnished it with illustrations of the members, before laminating the final product! 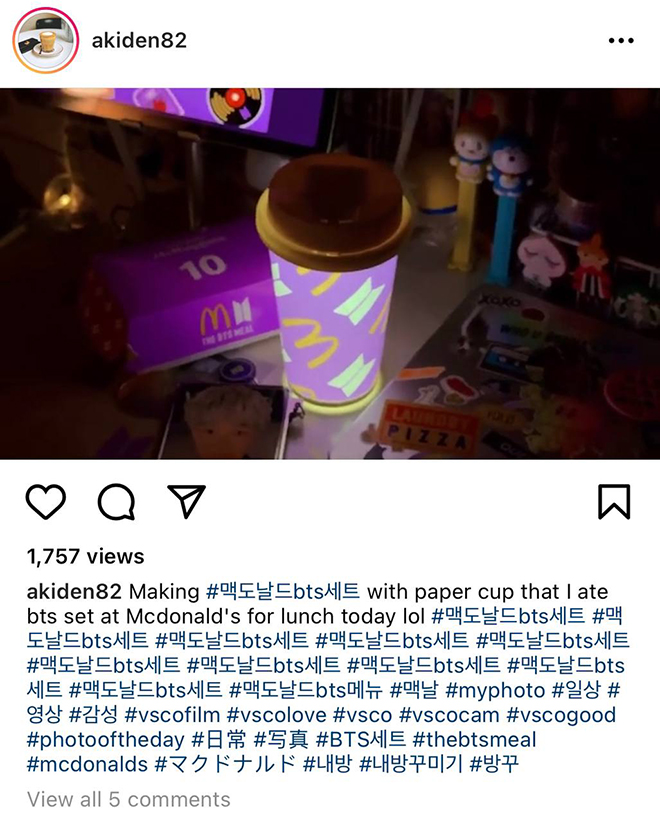 While Instagram user @akiden82 from Korea, did not share his process, it appears as though the fan has wrapped a layer of the BTS McDonald’s packaging the meal’s takeaway cup in which he inserted a light to create a unique table lamp! 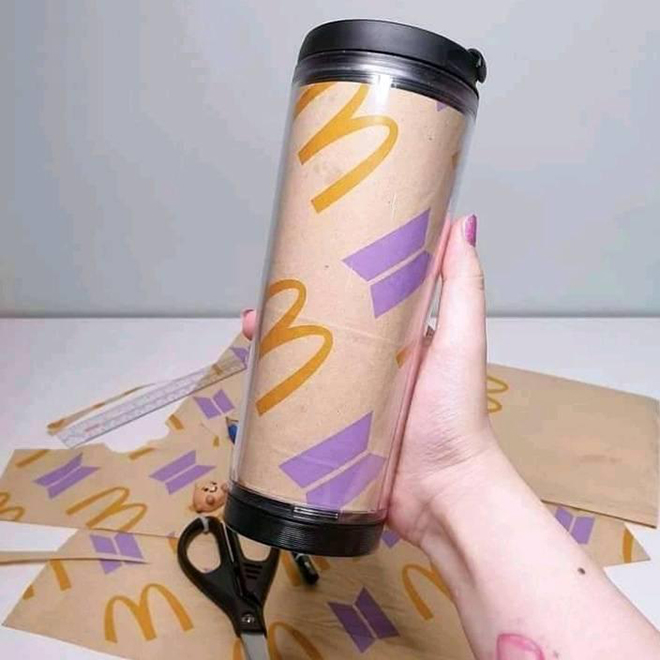 Posted by Facebook user, Silver Mimi, who raved over the creativity of other BTS fans, this BTS-themed water bottle features the brown McDonald’s paper bag skillfully wrapped around the insides of a transparent water bottle! 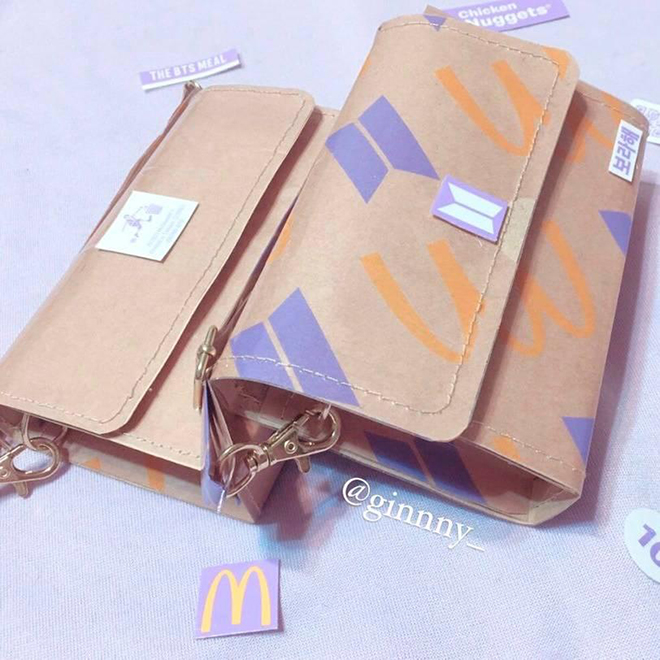 Also posted by Facebook user, Silver Mimi, who raved over the creativity of other BTS fans, this unique BTS-themed clutch appears to be immaculately wrapped and stitched into a regular clutch handbag using the brown McDonald’s paper bag. 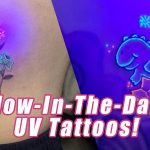 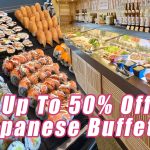