Canjob Taproom is a taproom, snack bar, and liquor shop all in one 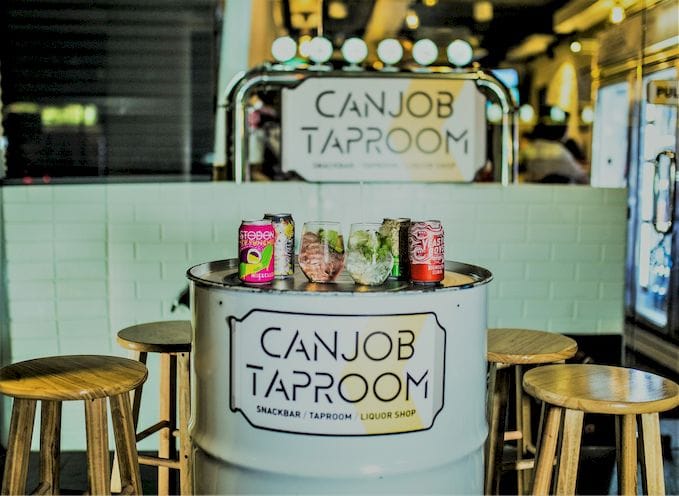 It’s not often that you’ll find a bar with craft beers, cocktails, and spirits on tap, but Canjob Taproom is one such gem of a watering hole that caters to all alcohol lovers. And as if that’s not enough, they offer a very unique service – all their booze on tap are available for takeaway in cans. 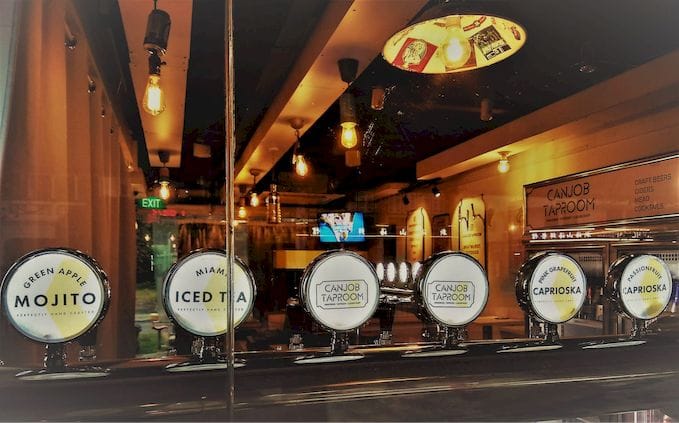 Yes, you heard that right. Nestled quietly in Link Hotel just a 2-minute walk away from Tiong Bahru Market, Canjob Taproom has 5 rotating craft beers, 4 cocktails, and 8 spirits on tap. These include Green Apple Mojito, Miami Iced Tea, Caprioska, and Jim Beam, and if you want to bring some back to savour another day in the comforts of your home, they’ve got aluminium cans that you can fill up with your drink of choice and a can-sealing machine to lock the freshness in. 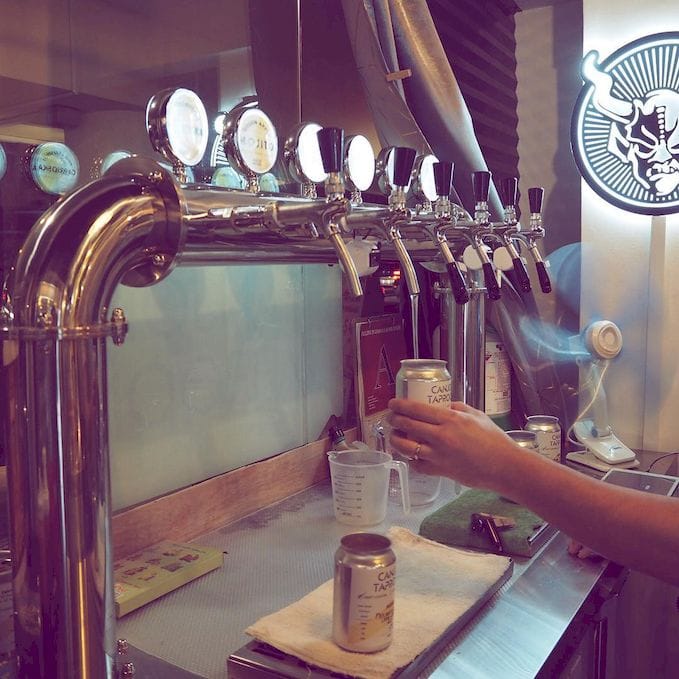 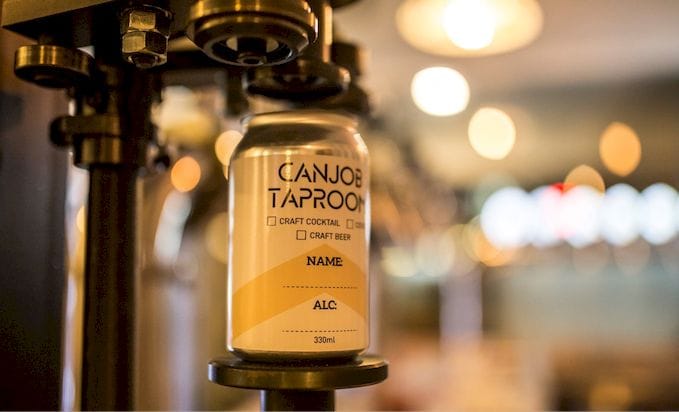 Snacks on the menu include bratwurst hotdogs, gourmet meat pies, and comfort bites like spam fries, popcorn chicken, Mexican wings, and nacho chips, and since it’s part liquor store too, you’ll be able to find a wide range of soju, sake, wine, ciders, and mead for sale. 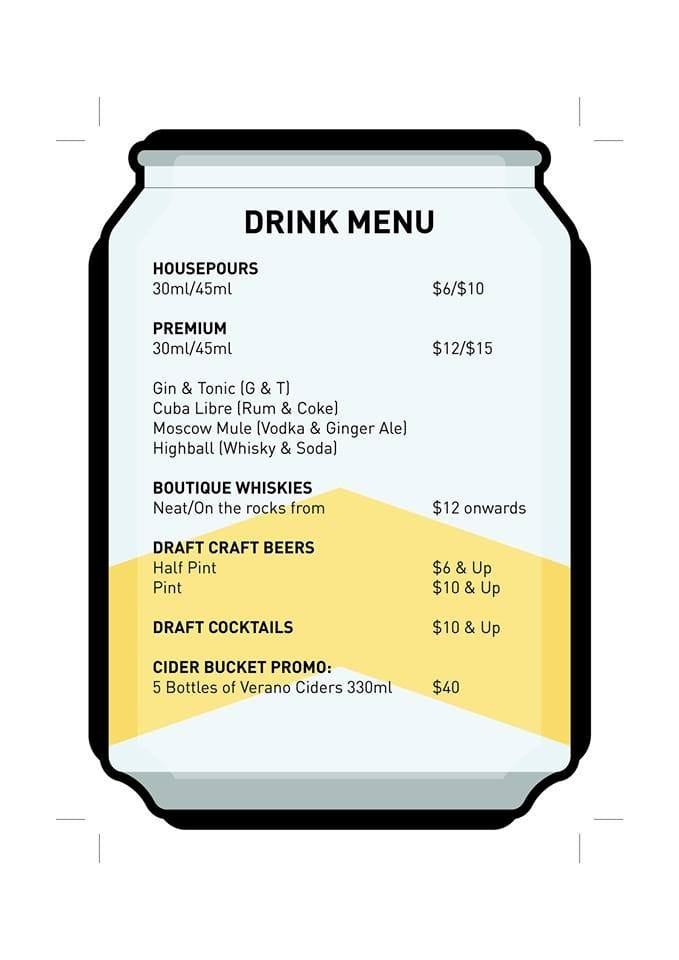 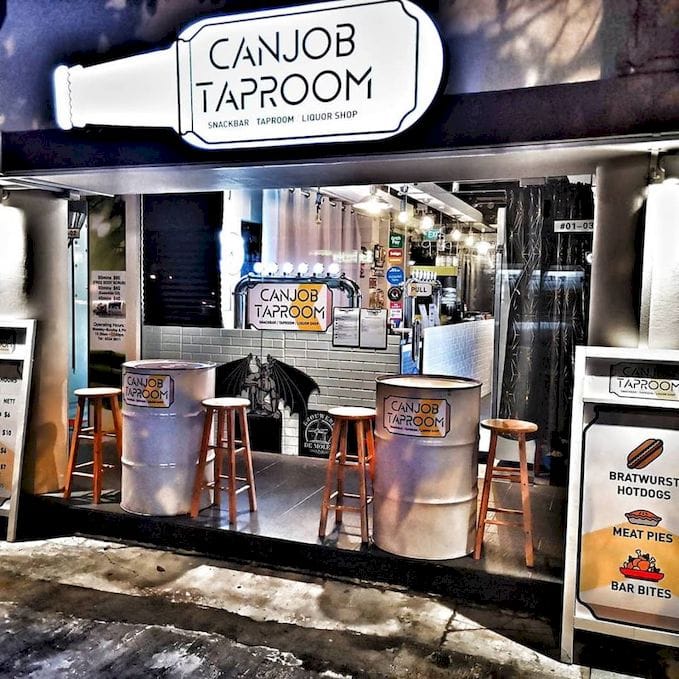 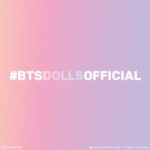 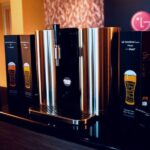