You’re probably no stranger to Nobu, the highly popular and hyped sushi place from New York, frequented by many A-list celebrities: Justin and Hailey Beiber, the Kardashians, Leonardo DiCaprio and many more.

First opened in 1994 by Chef Nobu Matsuhisa in partnership with the actor Robert De Niro and producer Meir Teper, Nobu has amassed a cult following worldwide, with 50 restaurants across the globe. And finally, Nobu makes its foray into the Asian food scene with the opening of its first Asian outlet right here in Singapore!

Nobu will open its doors here in Singapore in May this year at the Four Seasons Hotel. For sushi purists, Nobu might not be your cup of tea. Nobu’s style of sushi is classified as Japanese-Peruvian “Nobu-style”, a combination of Chef Nobu’s classical Japanese sushi training and ingredients from Latin America.

On the Singapore menu will be some of Nobu’s signatures like Black Cod Miso, Yellowtail Sashimi with Jalapeño and more, as well as special local-inspired dishes exclusive to Singapore (final menu TBC)! 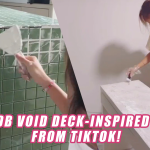 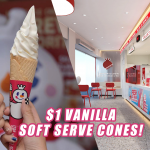