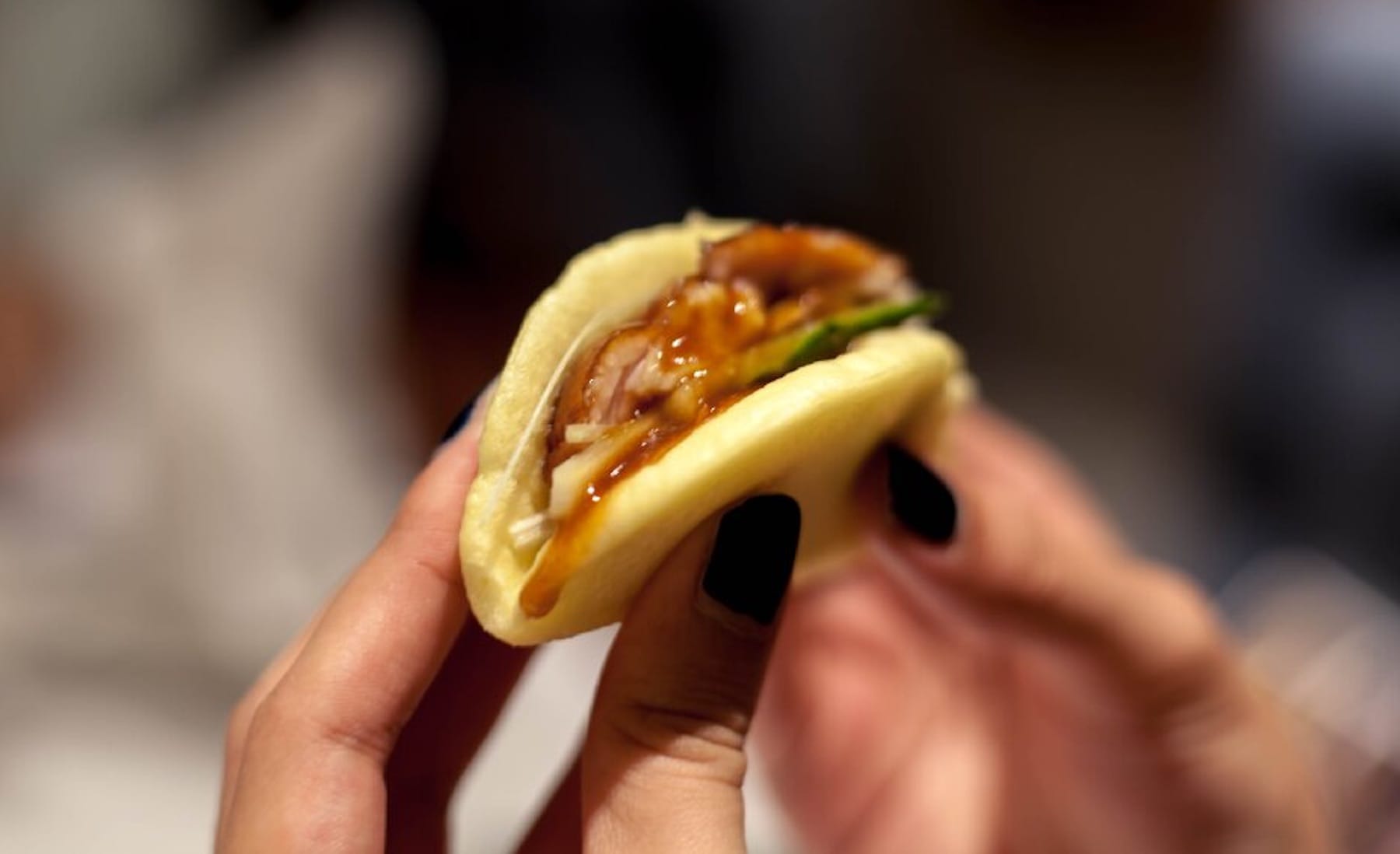 Peking duck. Just 2 words, and it’s already enough said to convince us that a restaurant is worth a try – but that’s not all that’s in store for us at Forbidden Duck, a contemporary Cantonese restaurant that serves traditional cuisine with a quirky twist of their own. 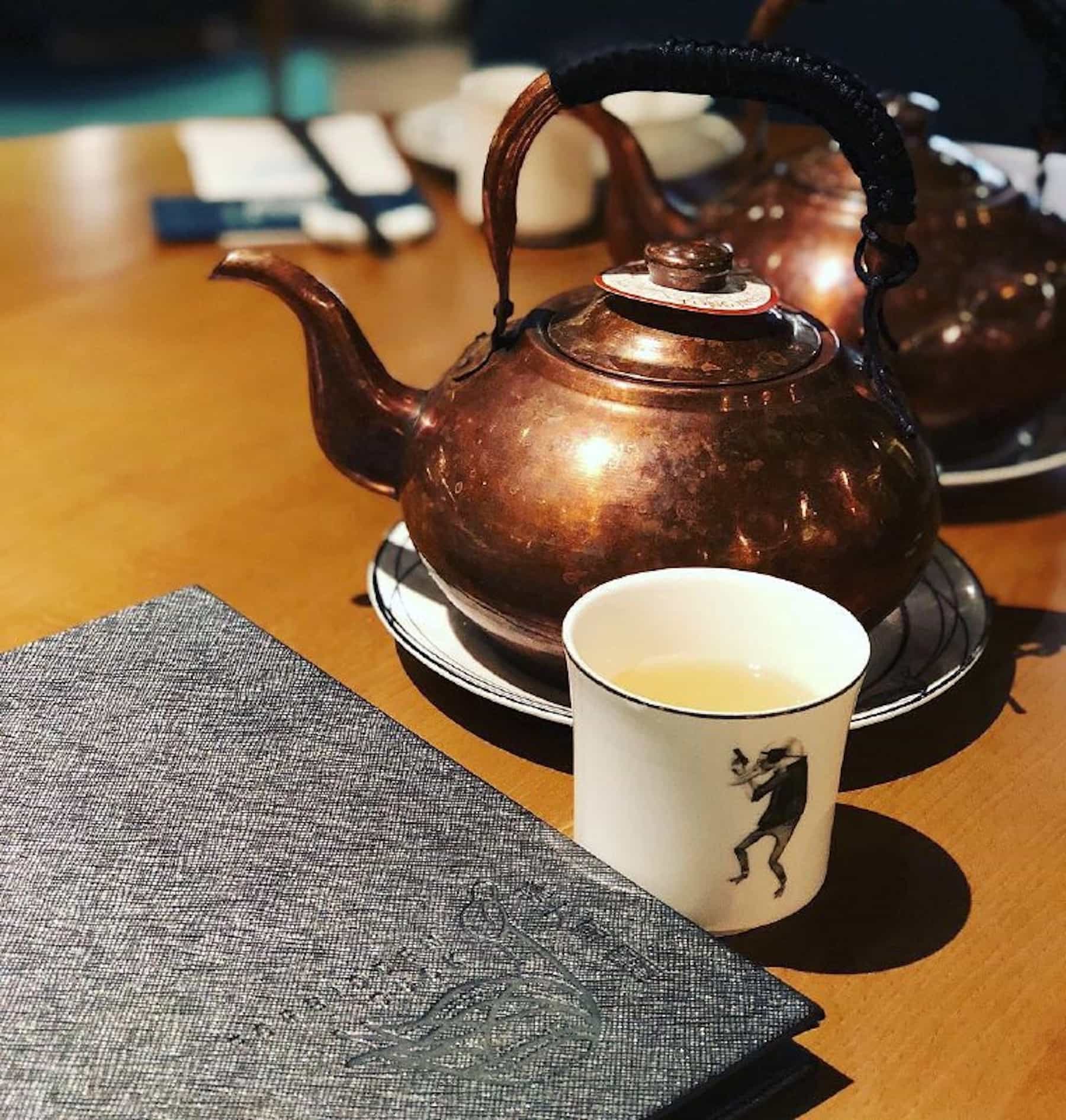 Check out the adorable badass duck printed on their cups! Source: @cova_loves_travel

Originating from Hong Kong and helmed by celebrity chef Alvin Leung who has a 3 Michelin-starred restaurant under his belt, the playful spirit of Forbidden Duck’s is evident in not just the designs of their teacups, but also in unconventional dishes like their Signature Slow Roasted Duck that comes with calamansi-flavoured buns and Golden Cereal Prawns that’s served with Froot Loops on the side.
Of course, the classic Peking roast duck is still available at the restaurant, with a whole Forbidden Duck going for $78, and a half at $48, but if you’re up for a pleasant surprise, give the back-to-basic staple a miss and try out these dishes instead: 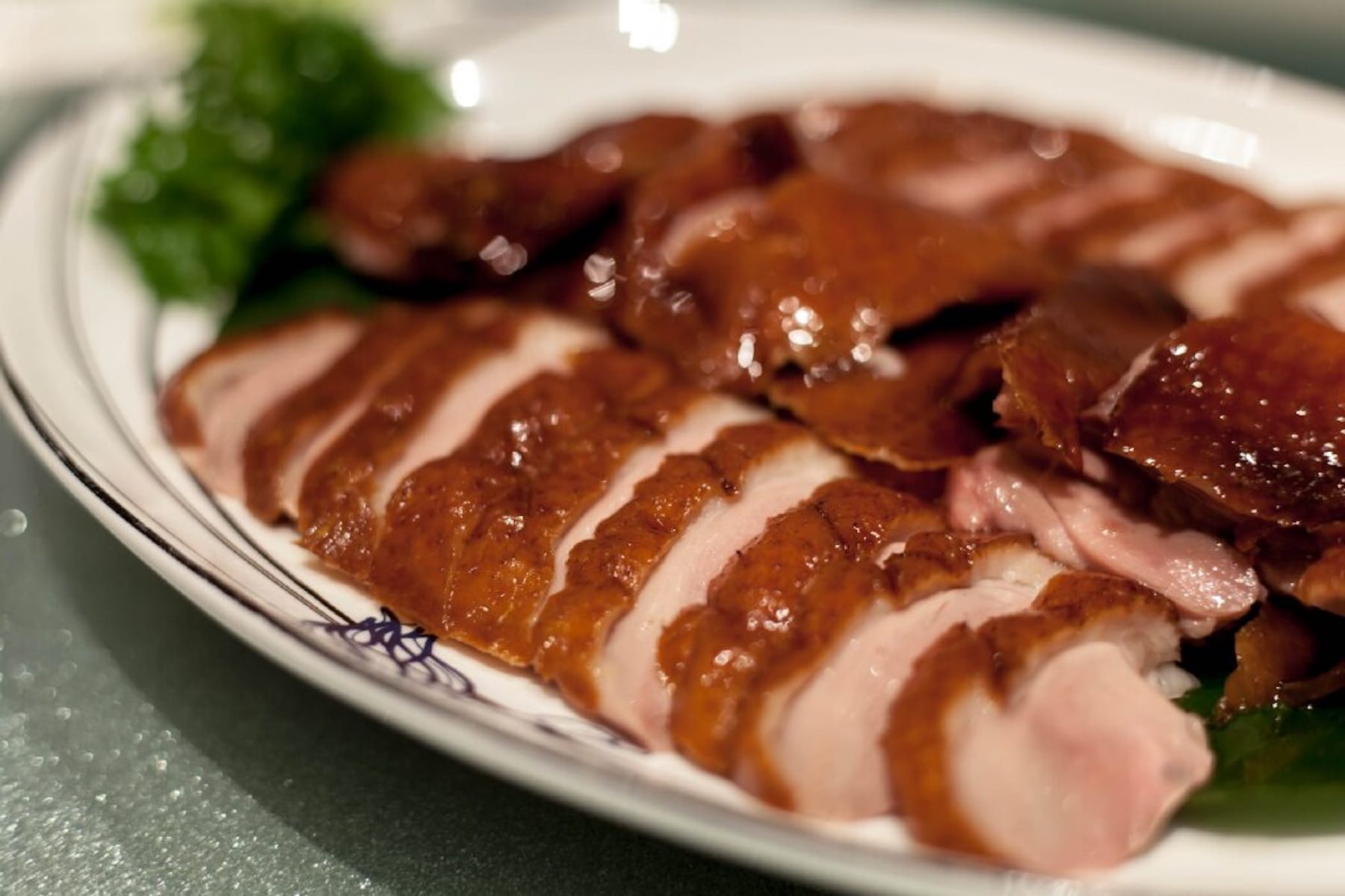 Right off the bat, Forbidden Duck’s signature dish serves both the duck meat and duck skin together on a single plate. Unlike the usual Peking roast duck, the Signature Slow Roasted Duck is exactly what its name states – slow-cooked in an oven for 3 whole hours before being roasted for another 30 minutes to achieve a juicy interior and crispy exterior.
Similar to the Western smoked duck, the meat is pinker, more tender, and covered in natural jus that makes it flavourful enough to be eaten on its own without any accompanying sauces! The buns are tinged yellow because of the calamansi juice used.

Wraps are replaced with butterfly-shaped buns that absorb the jus and sauce better to make for tidier yet equally tasty mouthfuls, but there’s yet another surprise – they’re specially made in-house with calamansi that helps remove any greasy aftertaste! 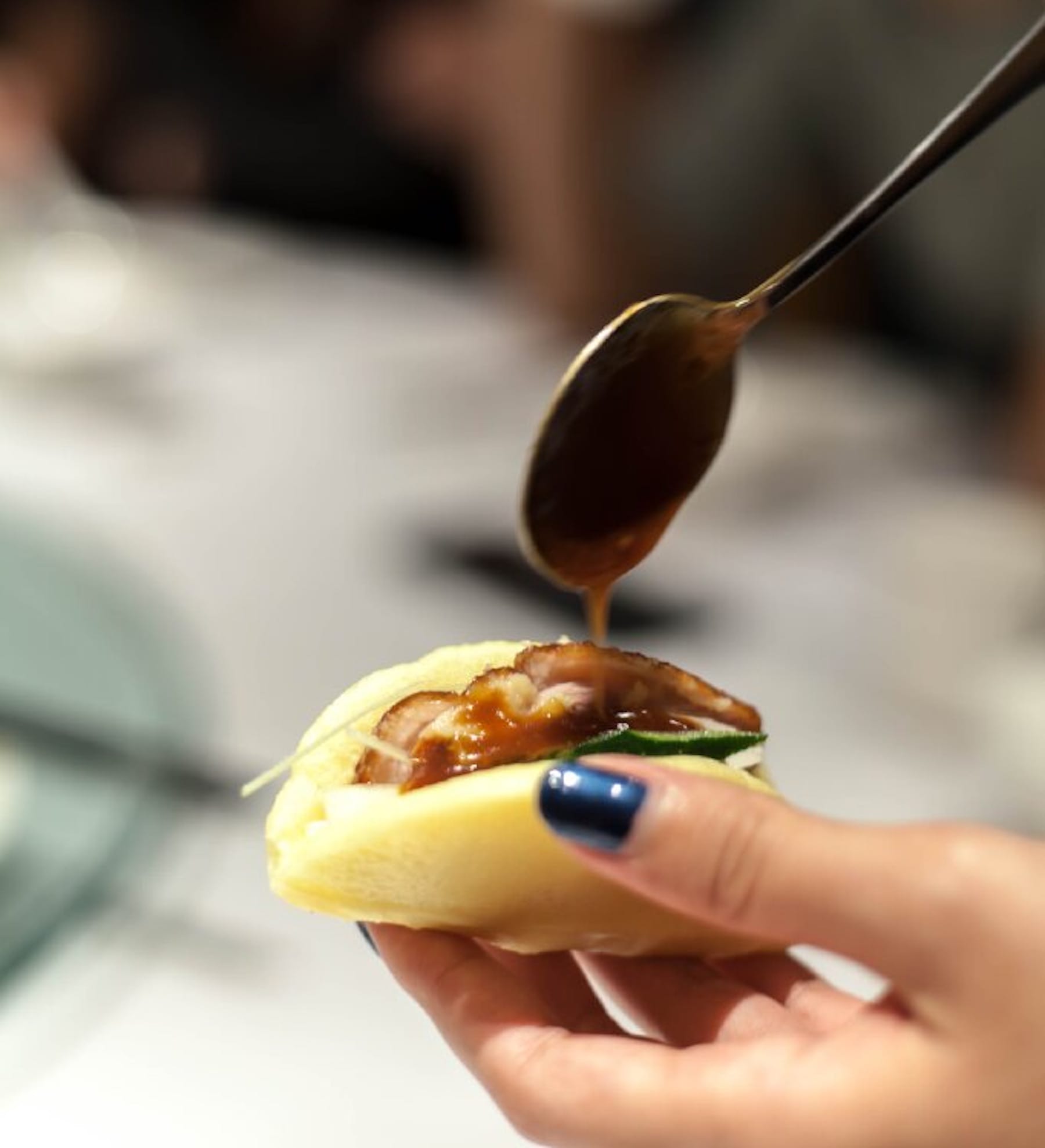 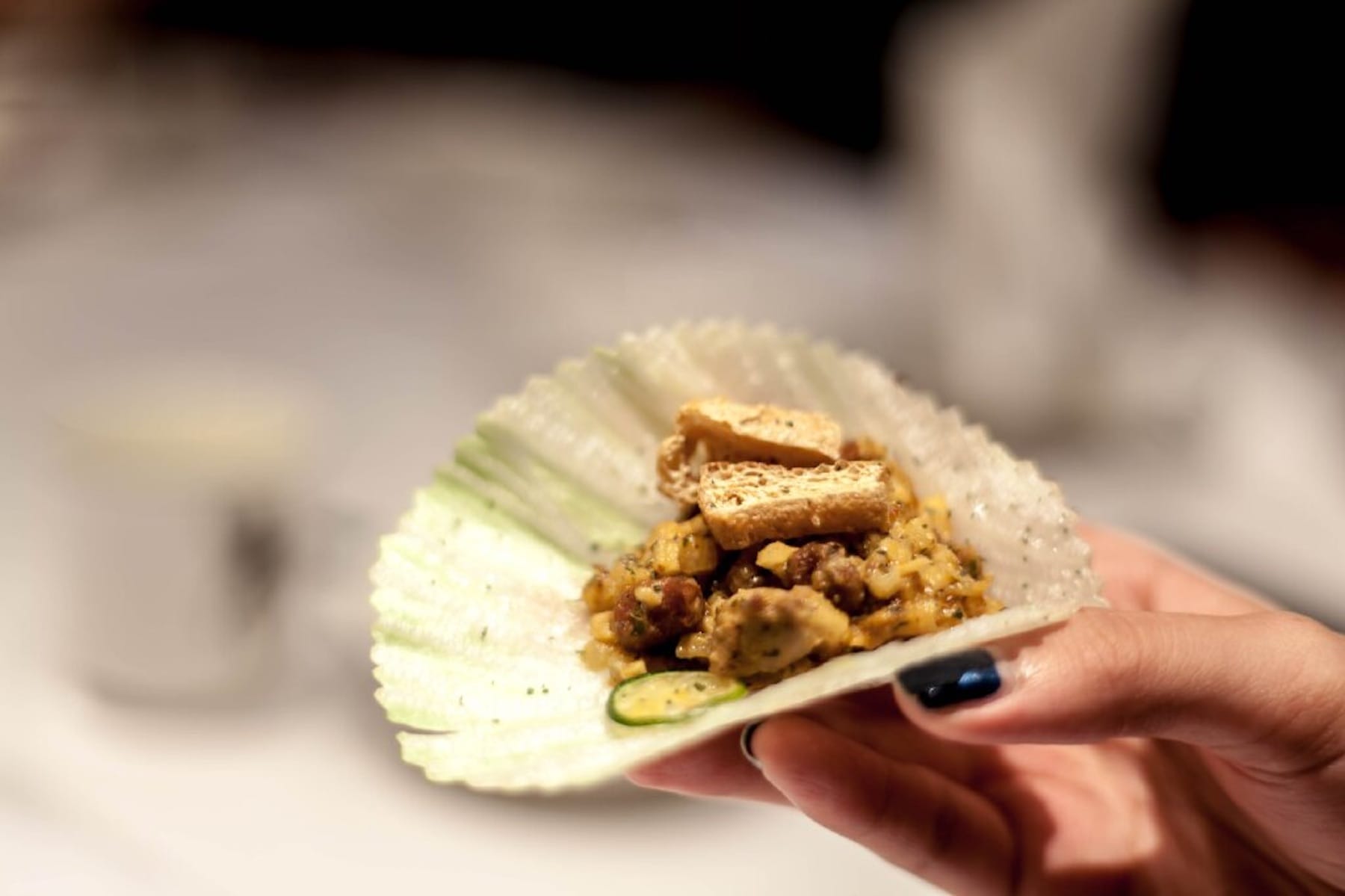 As a tribute to his favourite Singaporean dish, laksa, Chef Leung also has a Laksa Style Duck for diners to dig into. Made with minced duck meat, crispy tau pok, turnip, bacon strips, and seasoned with laksa powder and leaves, it’s served as a lettuce wrap and surprisingly does leave a distinctive laksa-like fragrance in your mouth. 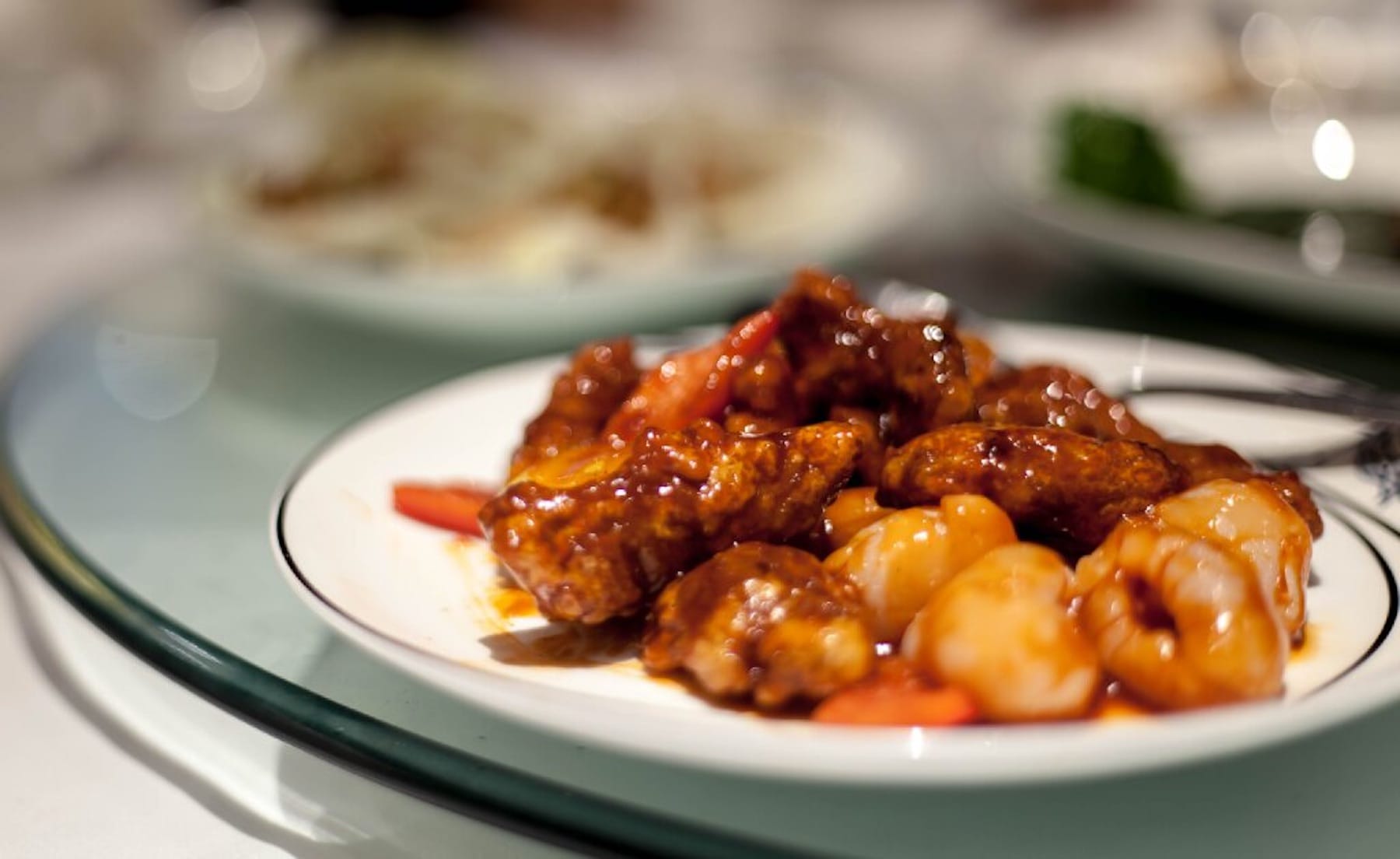 If you have a sweet tooth, you’ll enjoy the Sweet & Sour Pork with Lychee, Rose and Hawthorn, which is a refreshing and fragrant upgrade from the “zichar” hawker favourite. Ready your cameras before the dish is served, because an extra spritz of rose and hawthorn mixture will be added right before your eyes! 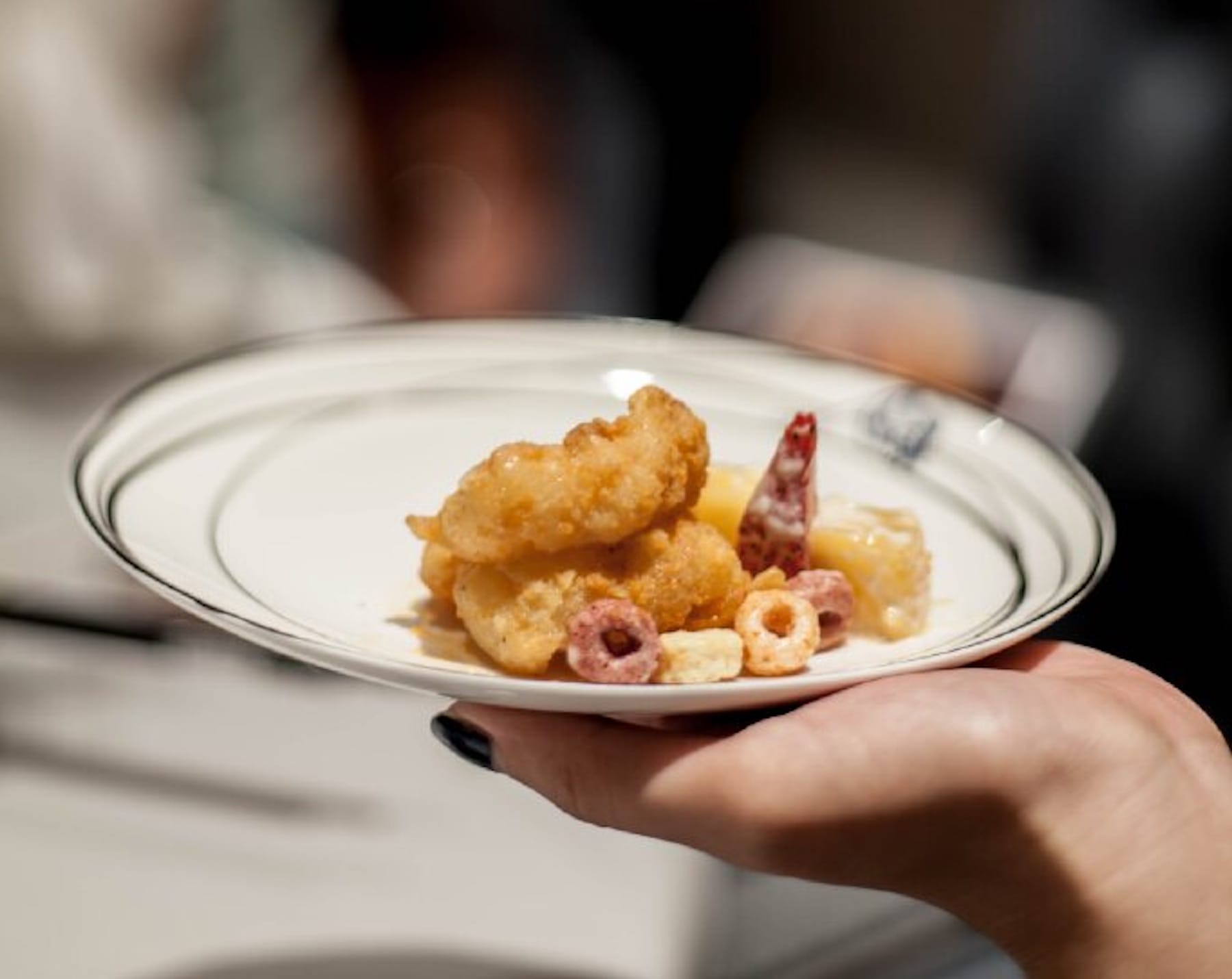 Believe it or not, Chef Leung isn’t a huge fan of our cereal prawns, and has given it a unique spin of his own instead. Replacing the oats with a salted egg yolk batter, the large Golden Cereal Prawns comes with a serving of tangy mango and strawberry fruit salad, and an amusing scoop of Froot Loops. Don’t be overwhelmed by the combination of textures and flavours – it’s an unexpectedly fun party in the mouth! 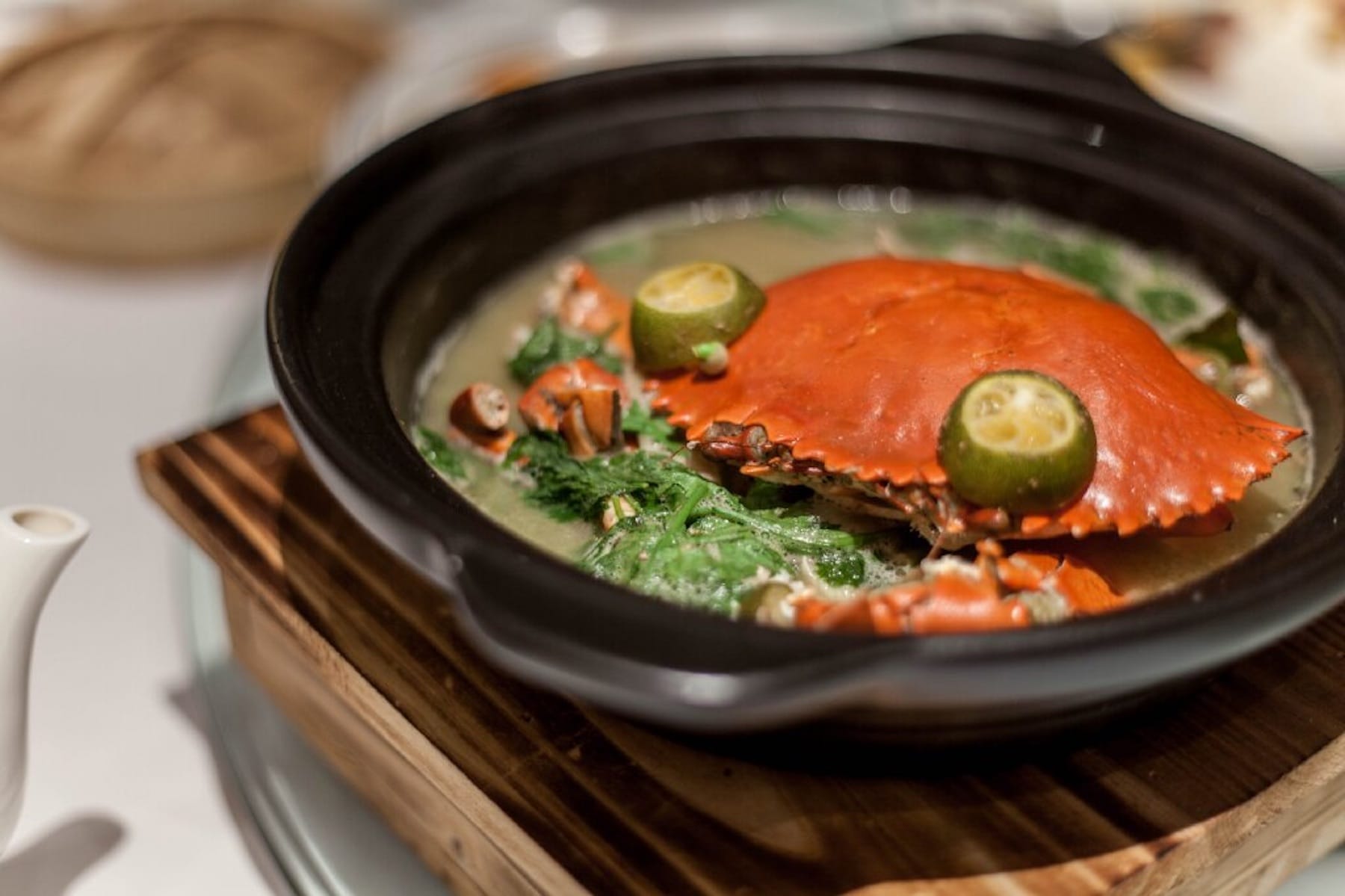 For those of you who love eating crabs and bak kut teh, the Sri Lanka Crab in White Pepper Broth is a Singapore-exclusive dish that combines the two. Peppery enough to give a satisfying kick, the crab shell is cracked beforehand so that the flesh absorbs the flavour of the soup! 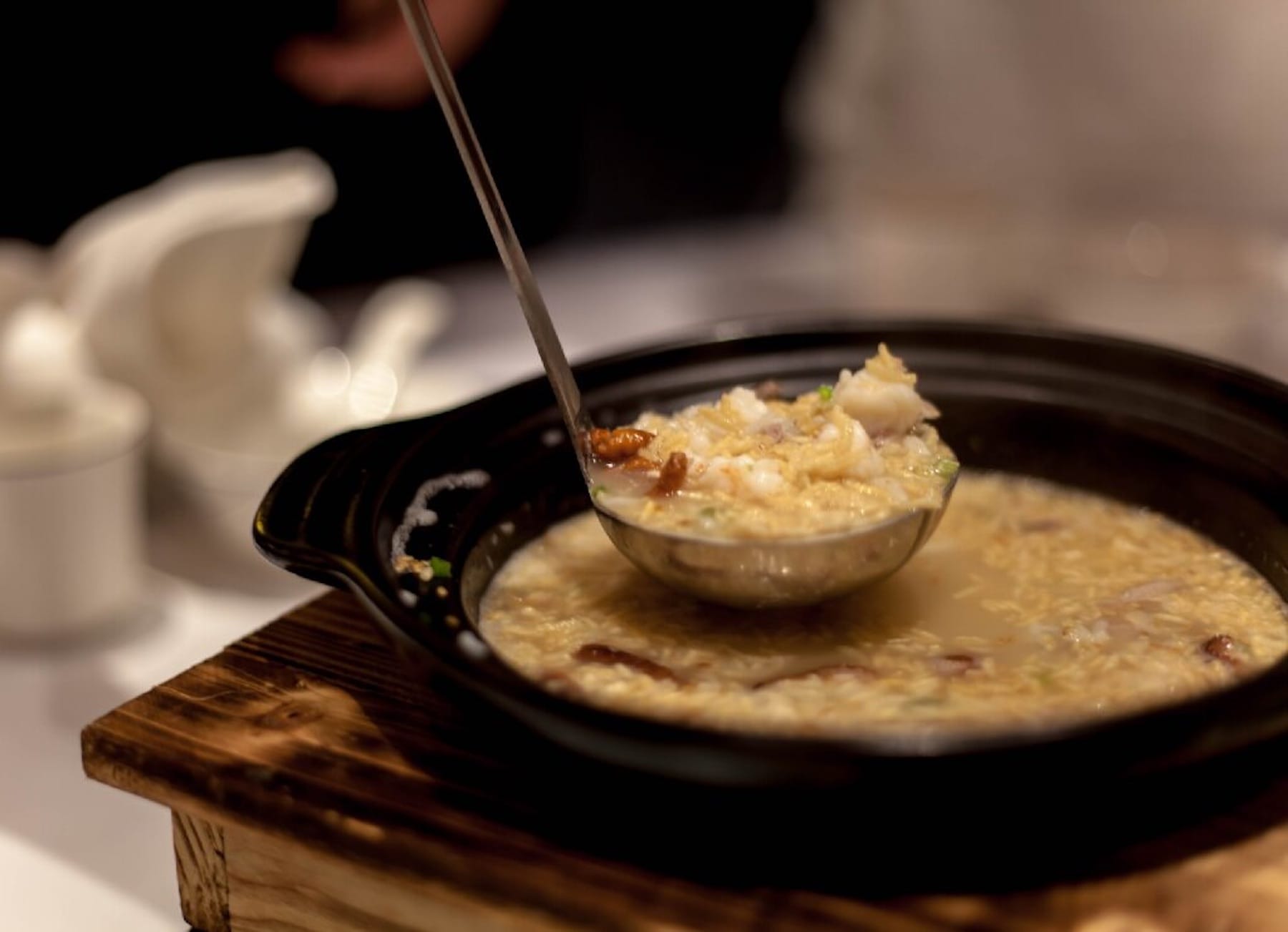 Undeniably the underdog of the menu, the Seafood Rice in Aromatic Duck Soup is an unassuming and comforting dish that has plenty of duck meat, fresh scallops, and prawns. Here’s the highlight though – crispy rice pops are added right in front of you, which adds to the overall texture of the hearty broth! 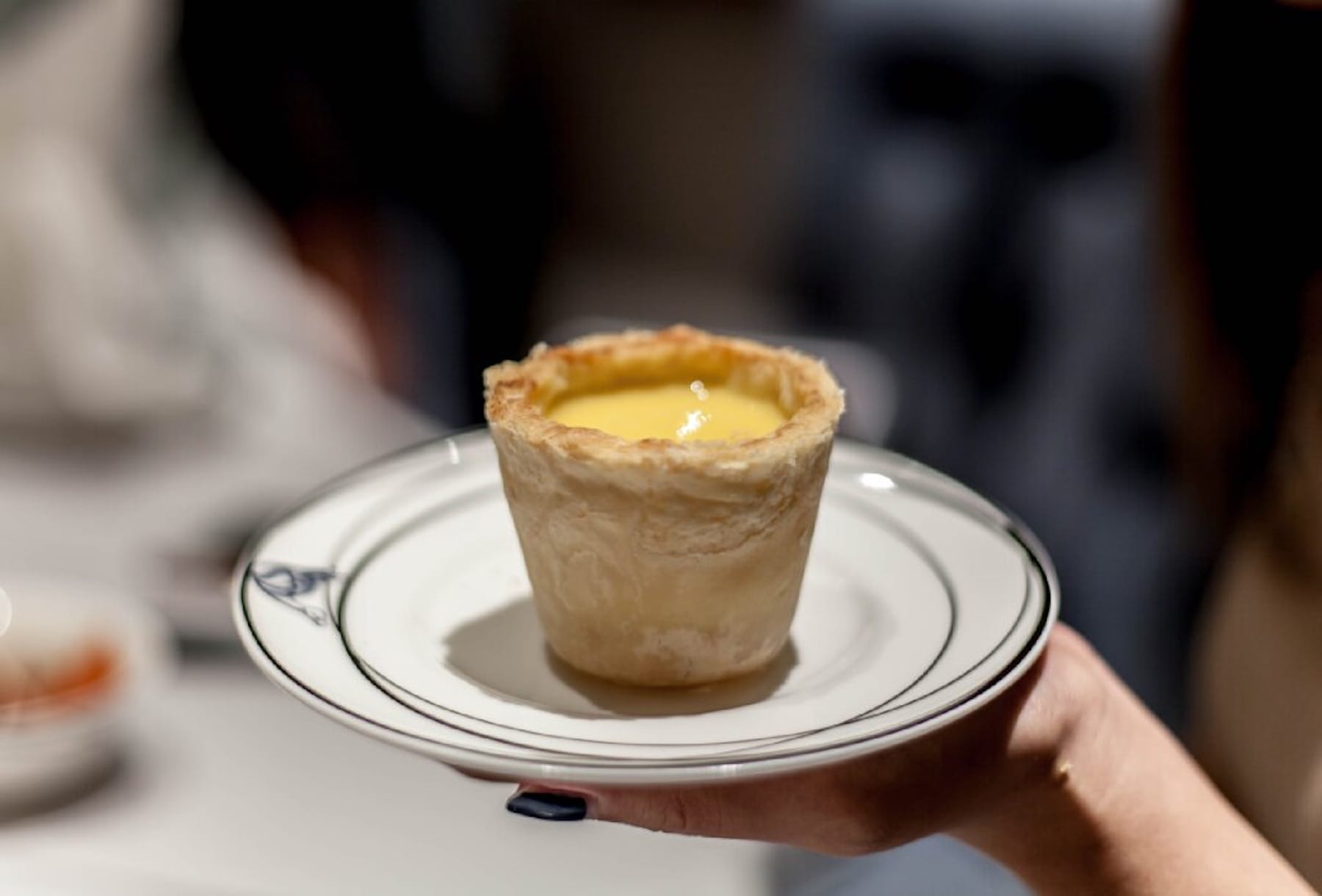 End off your meal on a sweet note with their Giant Egg Tart – lying beneath creamy egg custard is a layer of yuzu glaze, which has bits of chewy yuzu peel in it! 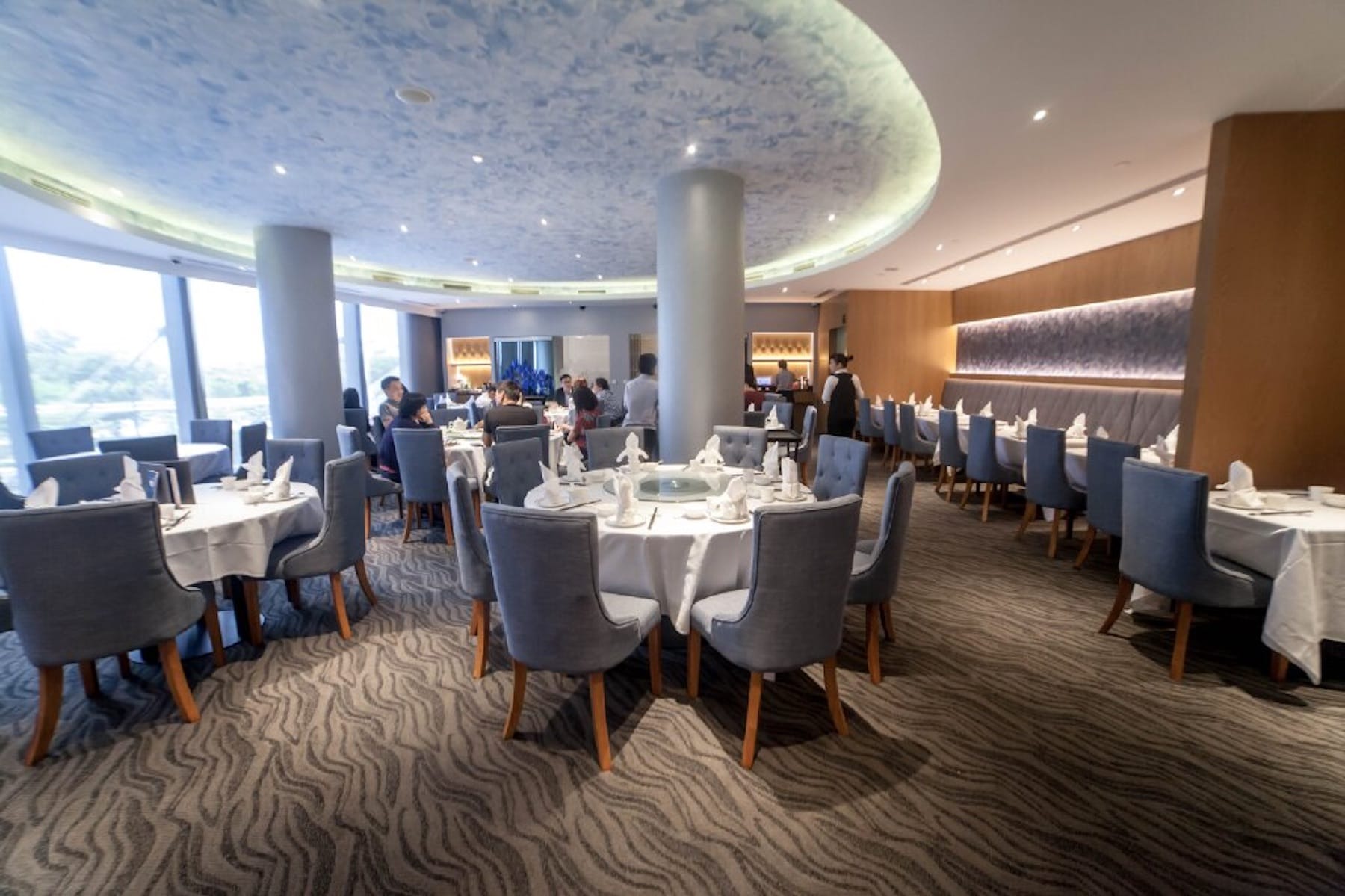 Opened early this May and only operating on weekdays for now, Forbidden Duck will be opened on weekends as well from 19th May onwards. Perfect for occasions when you’re bored of the usual Cantonese restaurants but still craving for dim sum and Chinese dishes, you now have a new place to turn to!
Address: #02-02, Marina Bay Link Mall, 8A Marina Boulevard, Singapore 018984
Opening Hours: Mon – Fri: 11AM – 3PM, 6PM – 10PM
Telephone: 6509 8767