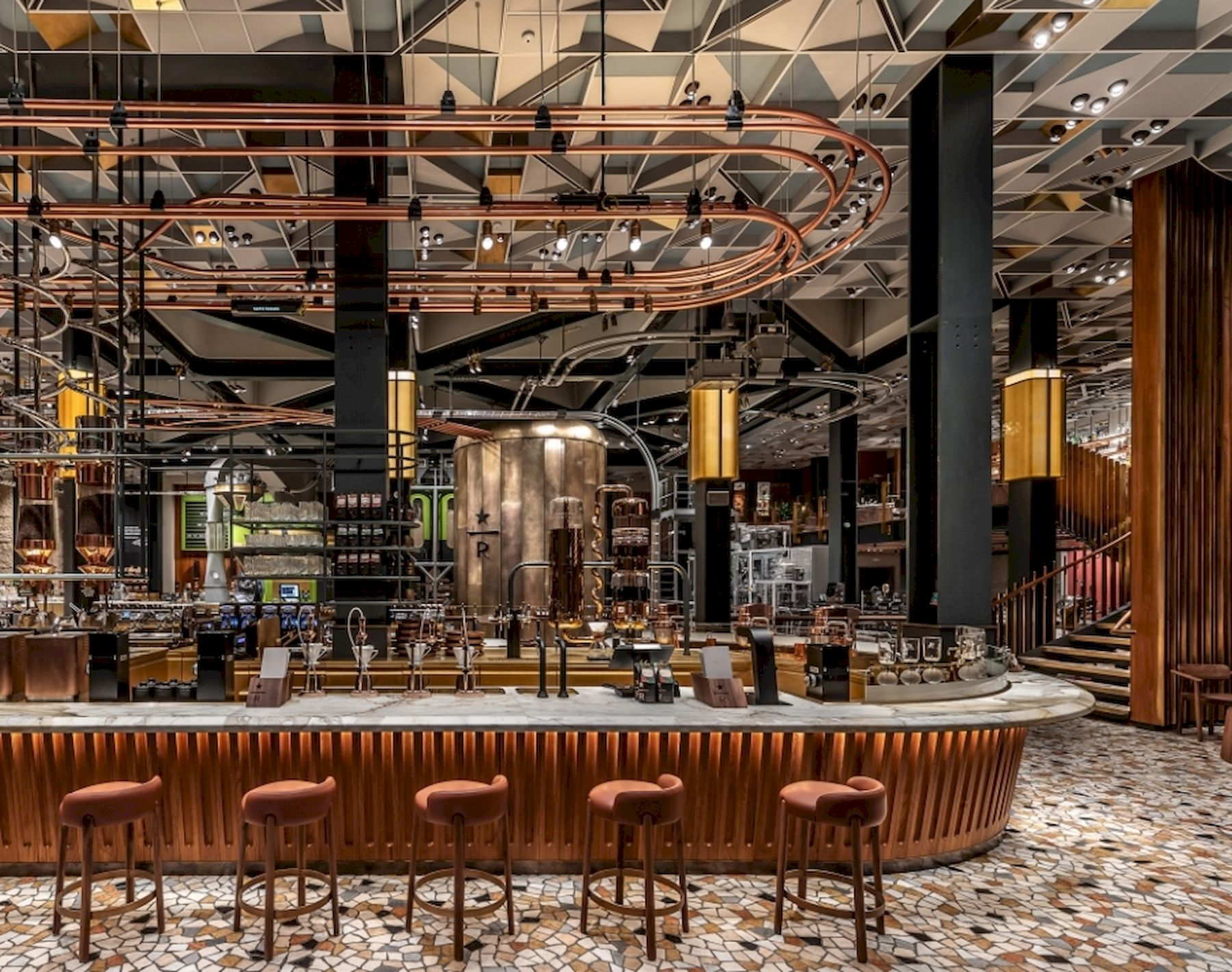 Raise your hand if you were unaware that Italy was never home to a single Starbucks outlet until early this month! That’s right, despite having over 27,000 Starbucks outlets located all around the world, the first Starbucks in Italy just opened its doors in Milan on 6th September. 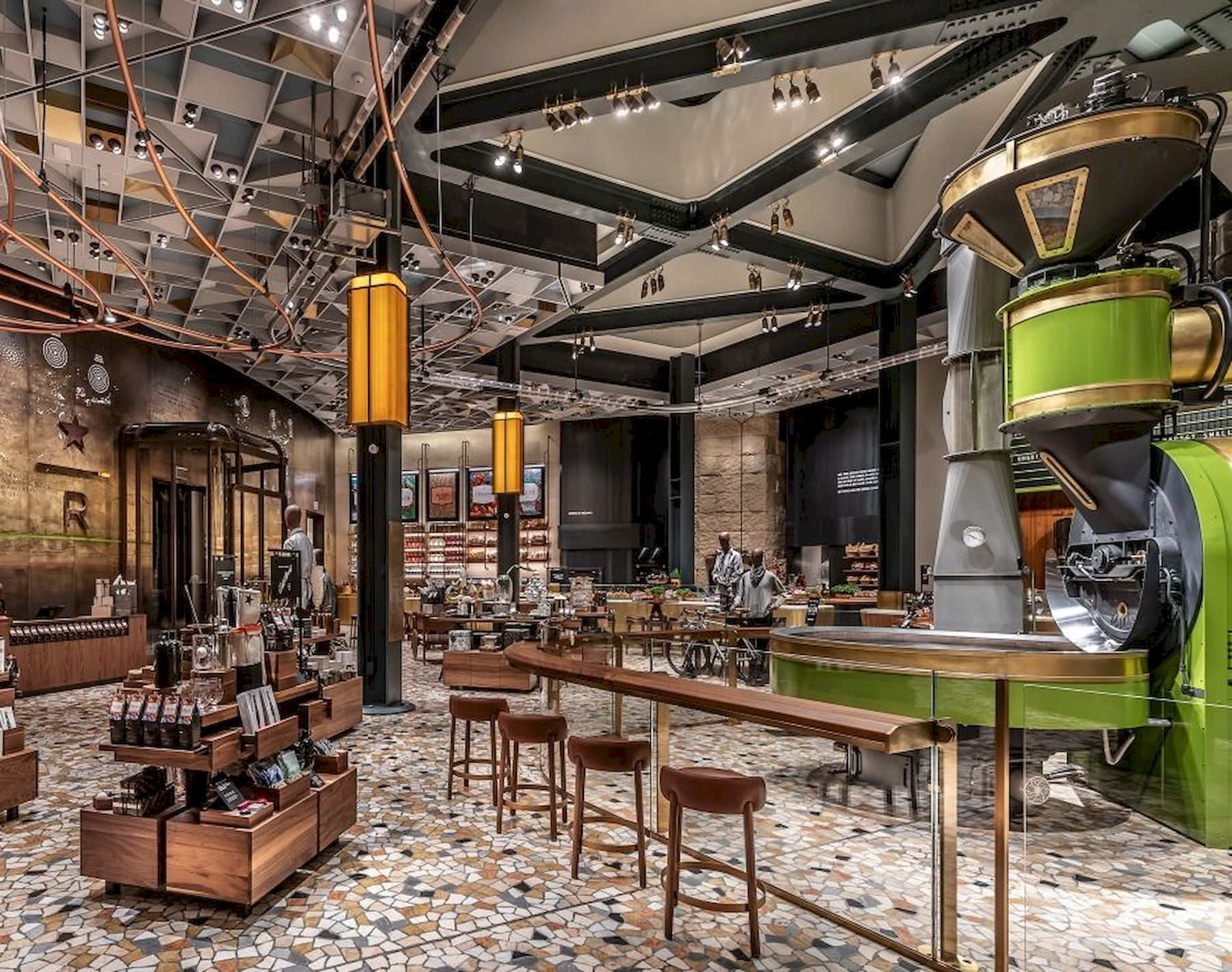 The roastery’s mosaic floor was inspired by a traditional technique used in Northern Italy! Source: Starbucks

Designed as a homage to the Italian espresso culture that inspired ex-Starbucks CEO Howard Schultz to shape the coffee chain giant into what we know today, Italy’s flagship outlet is a massive 2300 sqm roastery. 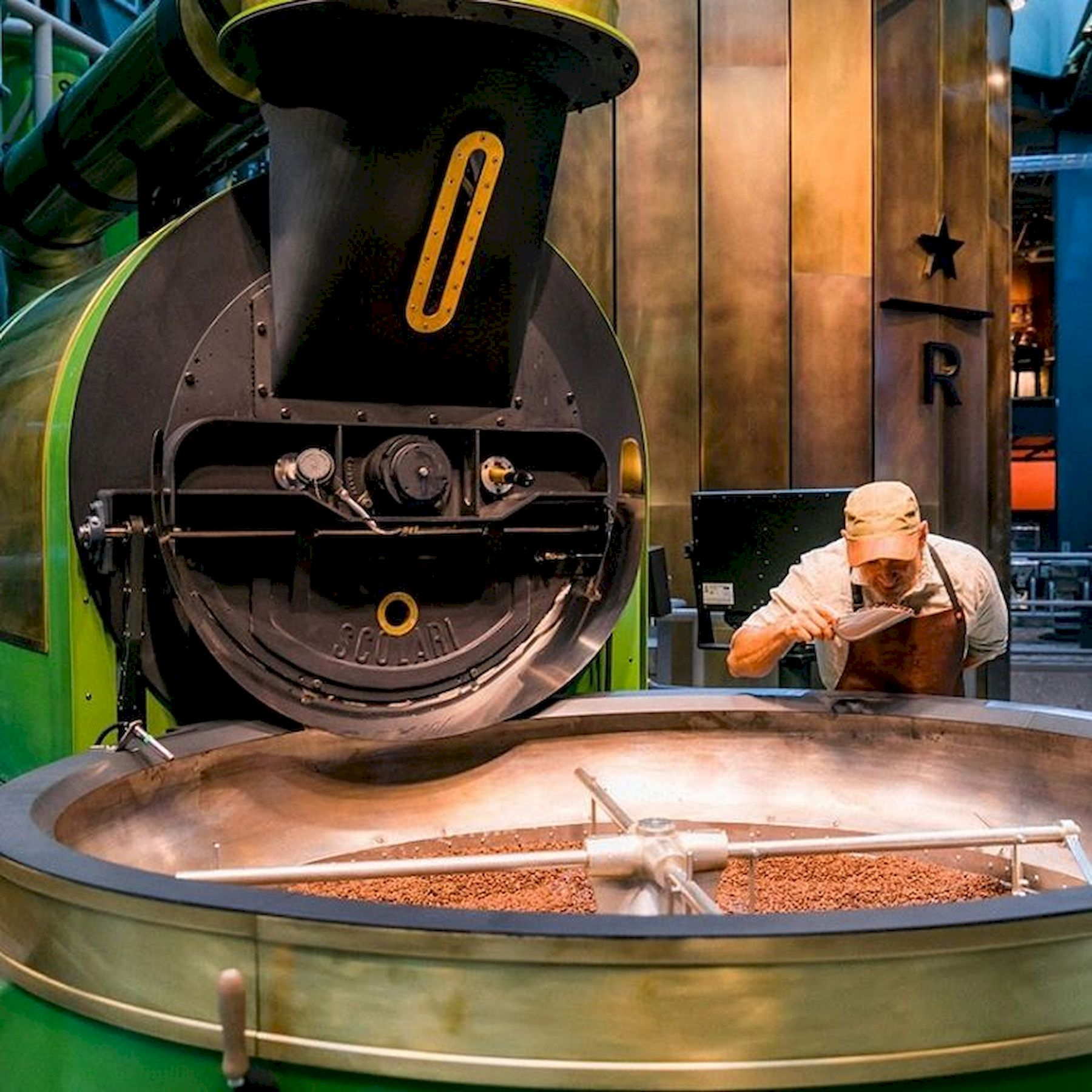 Only 2 other Starbucks roasteries exist in the world – one in Seattle and another in Shanghai! Source: @starbucksnewsroom

This means that unlike most Starbucks outlets, it’s designed for a more upscale experience, with a state-of-the-art coffee roasting facility, a 10m-long marble bar, an in-house bakery with a wood-fired oven, and Starbucks’ first-ever affogato station equipped inside! 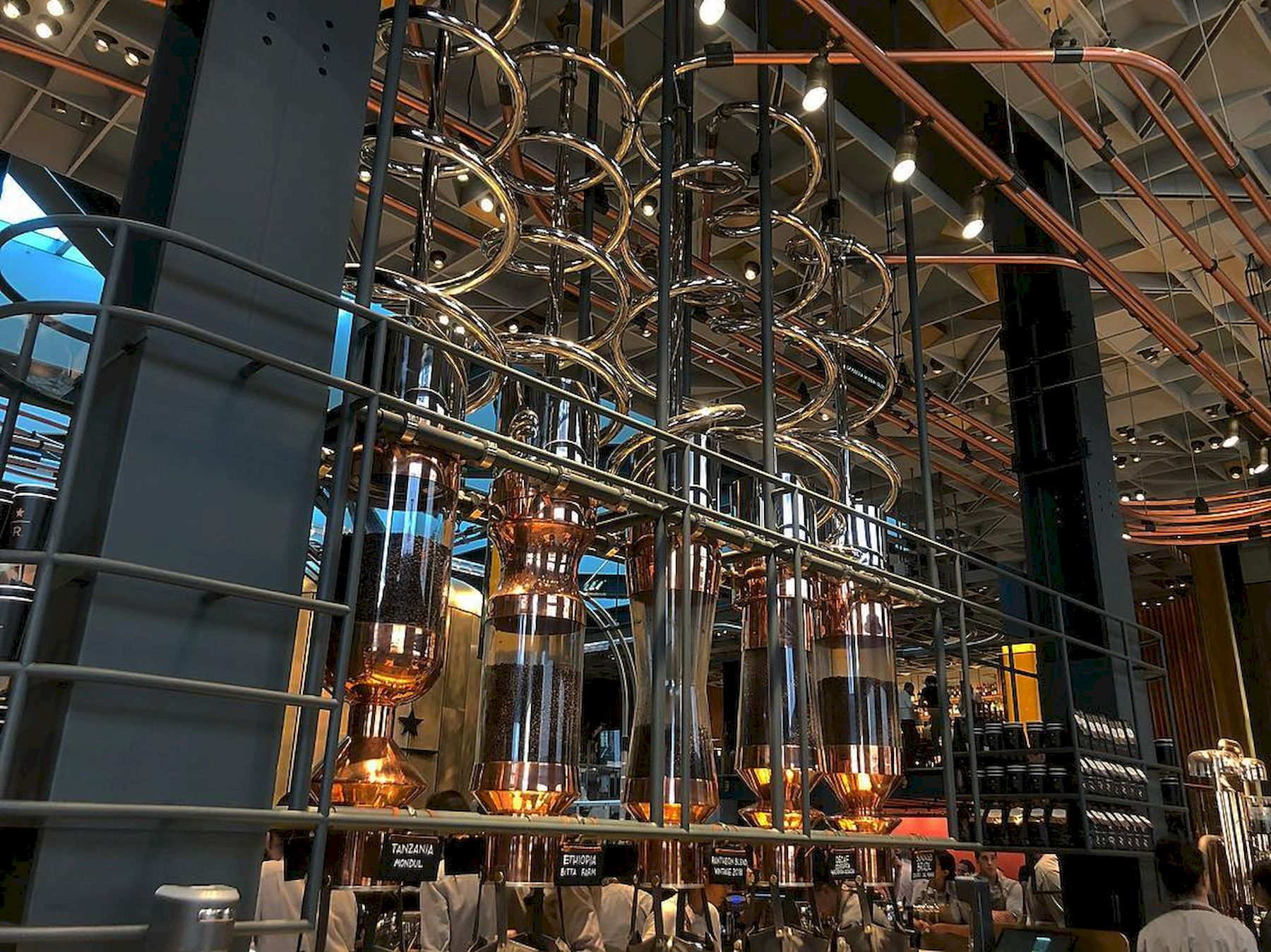 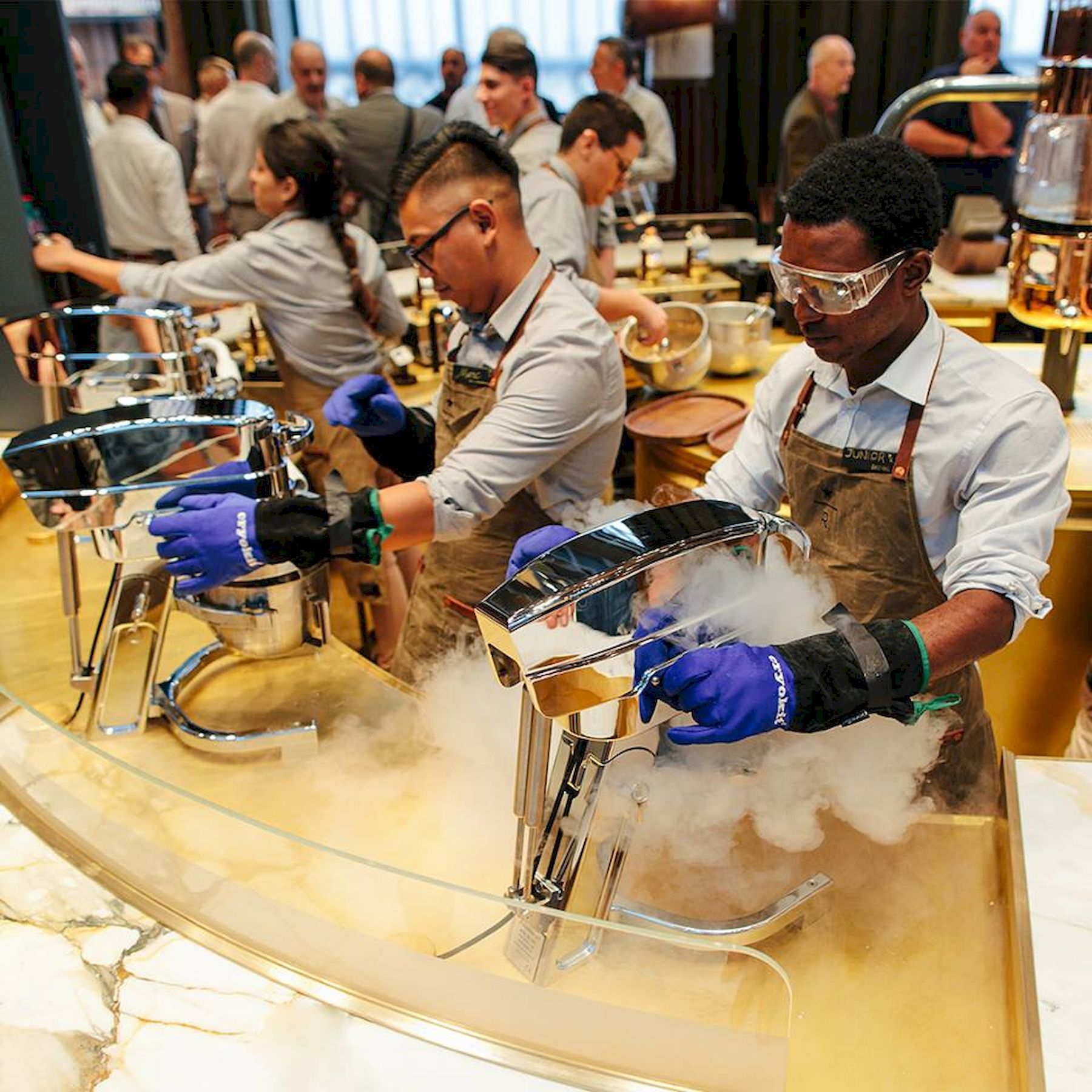 This is Starbucks’ first affogato station, where ice cream will be mixed with a shot of espresso using liquid nitrogen!  Source: Starbucks Reserve Roastery Milano 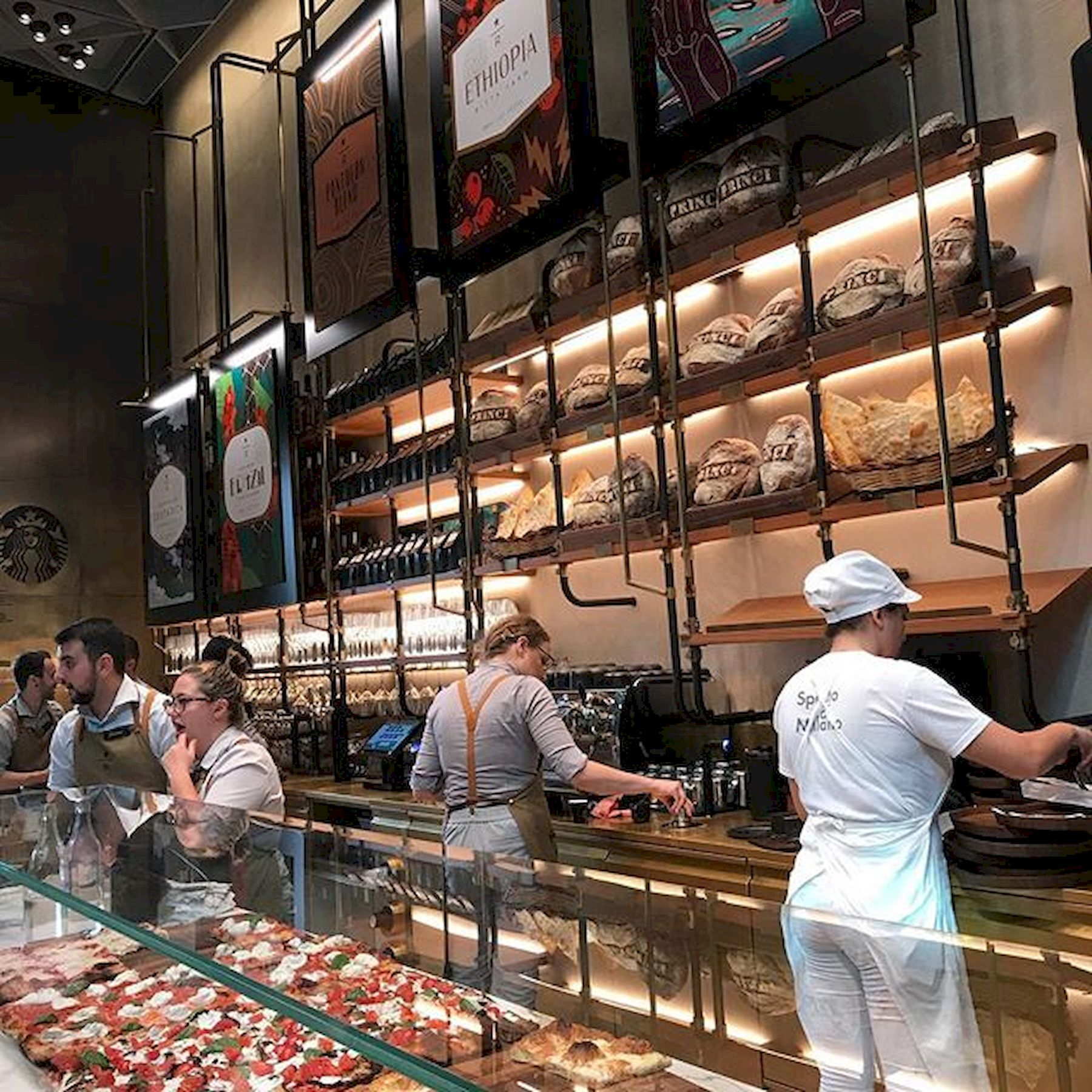 Customers can enjoy limited batches of rare and exotic coffees sourced from 30 different countries, freshly-baked artisanal pastries and pizzas from the famed local baker, Rocco Princi, and be spoilt with an extensive beverage menu. 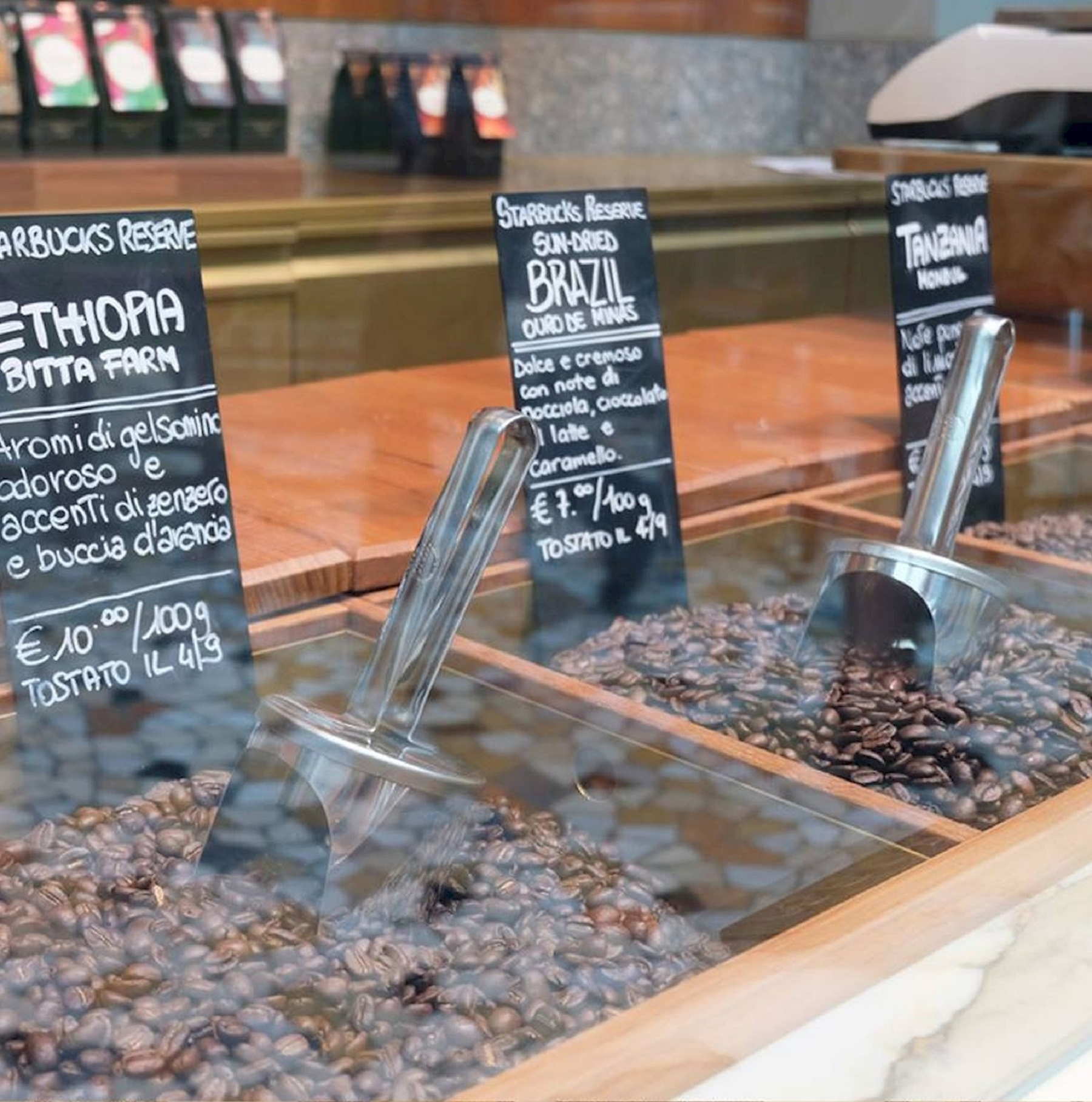 Boasting 115 coffee selections and over 100 cocktail creations, techniques like pour over, Chemex coffee brewing, siphon, and cold brew are used, and some of the drinks are exclusive to the roastery! 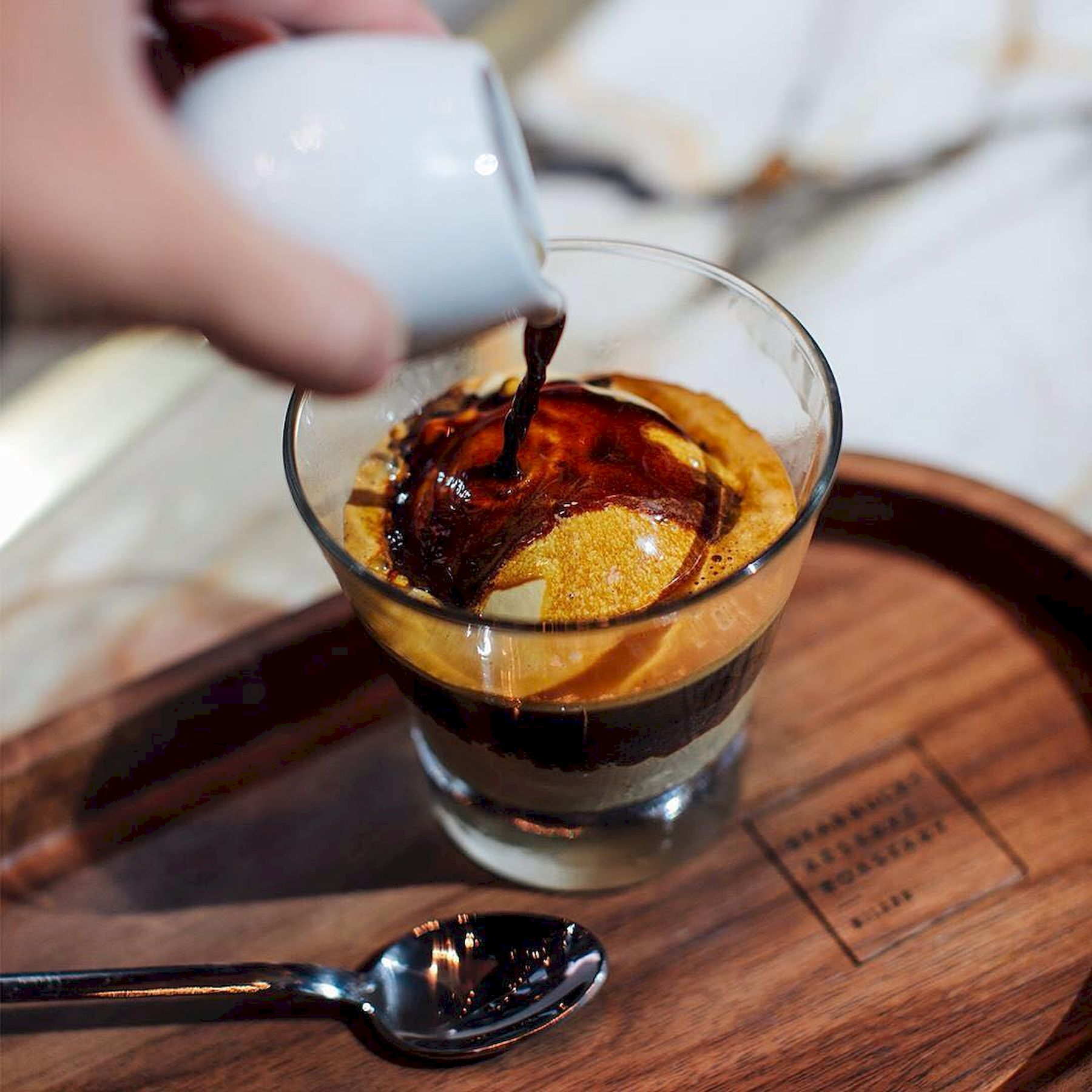 True to Milan’s timeless architecture and fashion-forward trends, the Starbucks Reserve Roastery Milan is grand, filled with elegant brass fixtures, and completed with a glass ceiling for natural light to stream in. Located conveniently in the city’s Palazzo delle Poste which is just streets away from iconic landmarks like the Duomo di Milano, it’s practically an attraction itself! 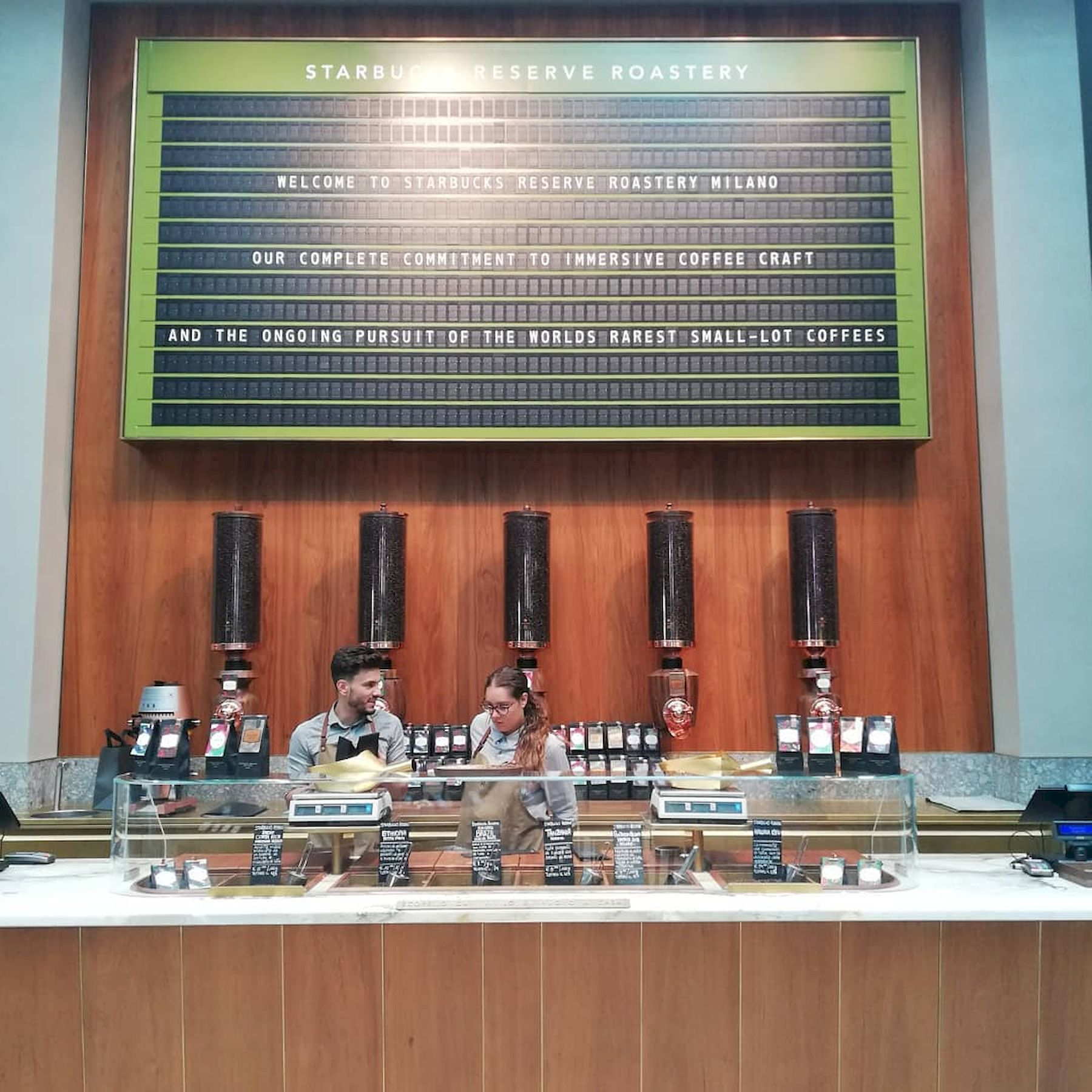 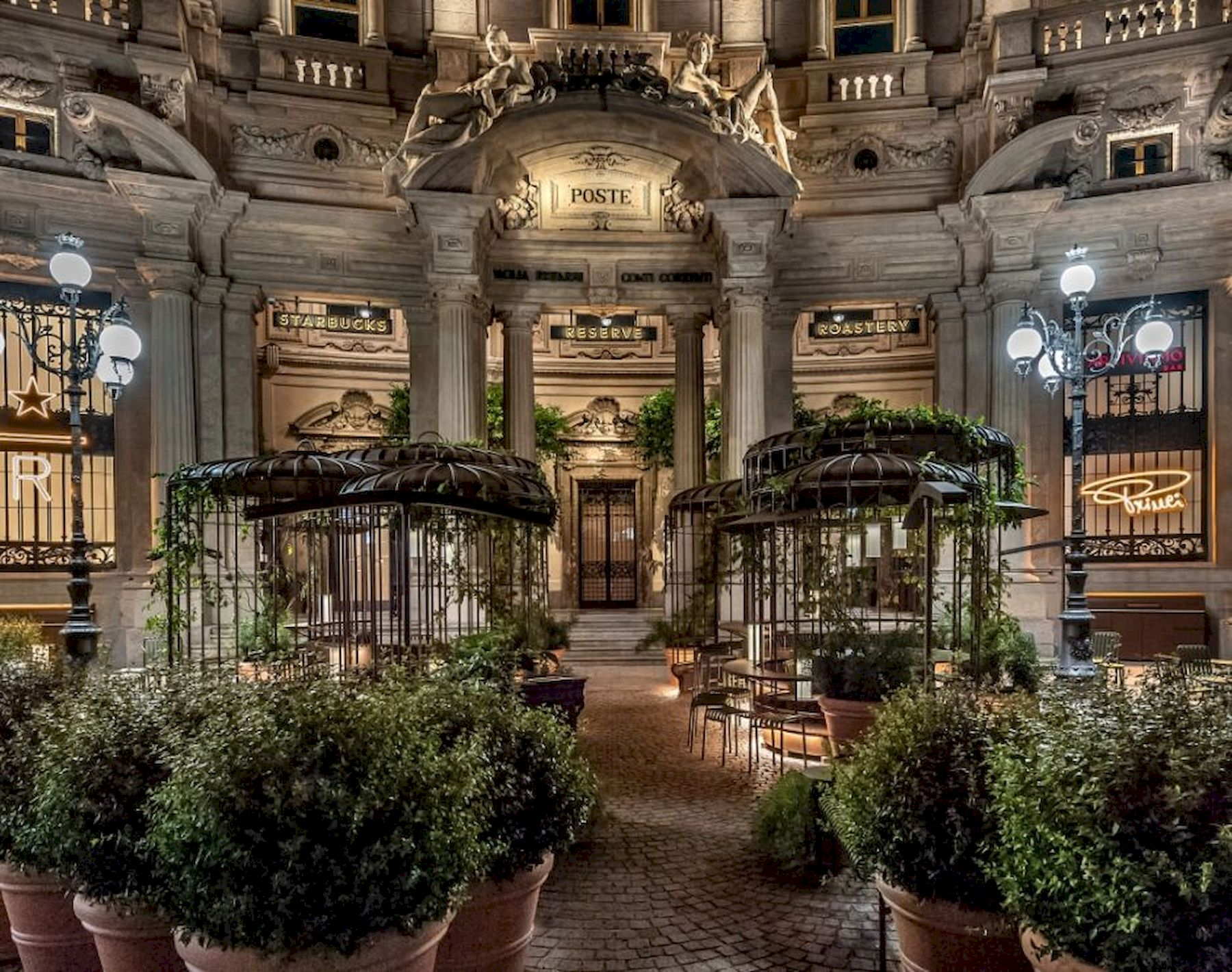