Interestingly, those who have tried it all seem to mention a distinct Gula Melaka taste.

Prior to Malaysia’s Brown Sugar Boba, McDonald’s has also launched bubble tea drinks in Taiwan and the Philippines.

Unfortunately, we here in Singapore probably won’t get to try McDonald’s new bubble tea drinks anytime soon due to Malaysia’s extension of their border control measures. But here’s to hoping that Singapore’s McDonald’s will soon bring these in! 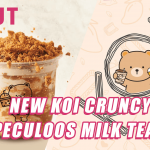 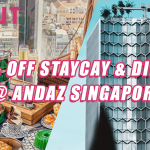