Mark your calendars for 7th June, because McDonald’s Singapore is bringing back McGriddles to our shores! Many of us were sorely disappointed when the crowd-favourite item was suddenly removed from the menu 2 years ago, and our cries for it to come back have finally been answered.

We’re not sure how long it’s going to be back for, but since its relaunch is tied-in with the FIFA World Cup, it might be around till the season ends – that’s McGriddles for us every day till mid-July! 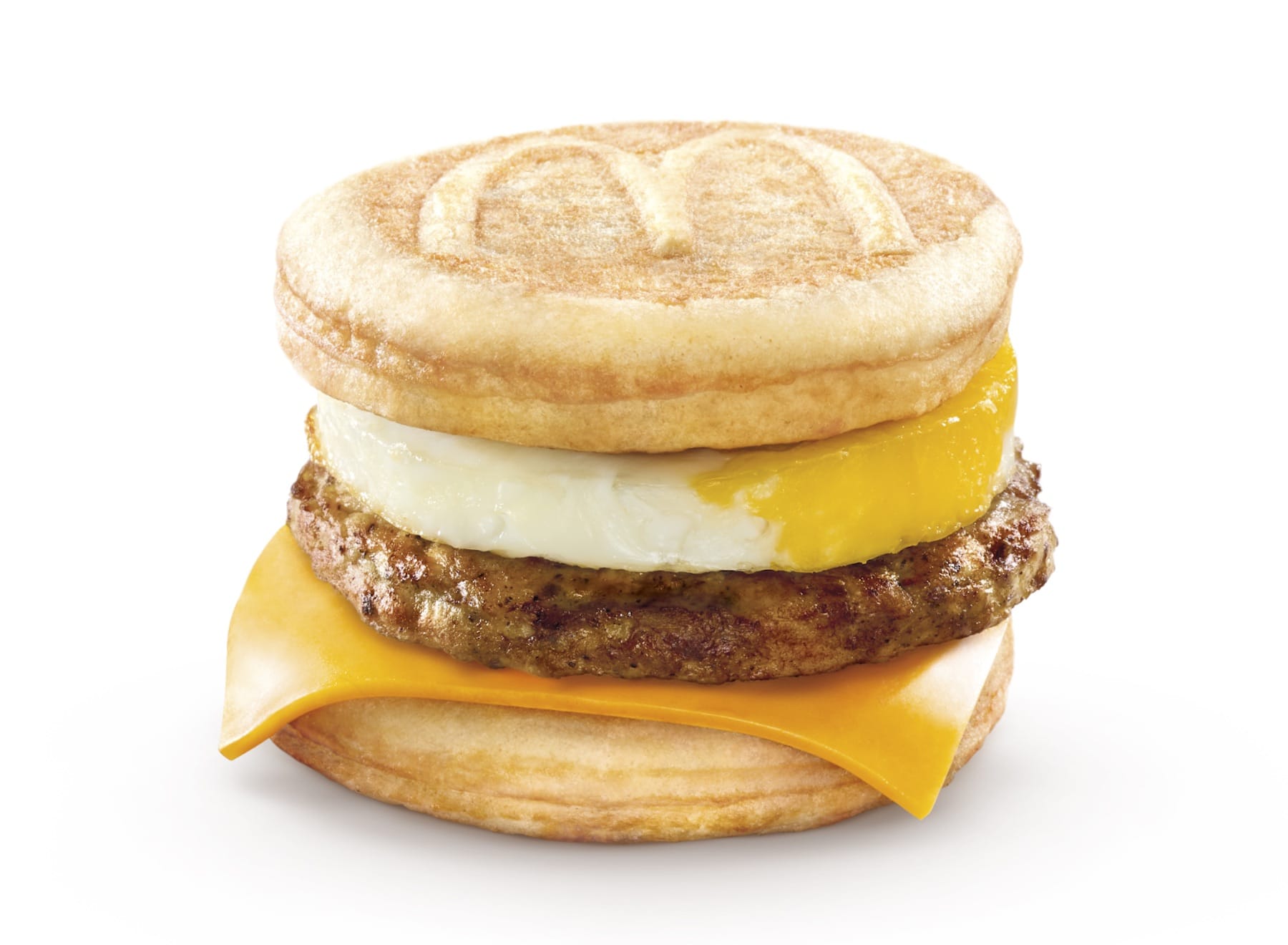 For those of you who’ve never tried it, it’s a winning combination of savoury sausage patties, egg, cheese, and fluffy pancakes embossed with sweet maple syrup crystals. 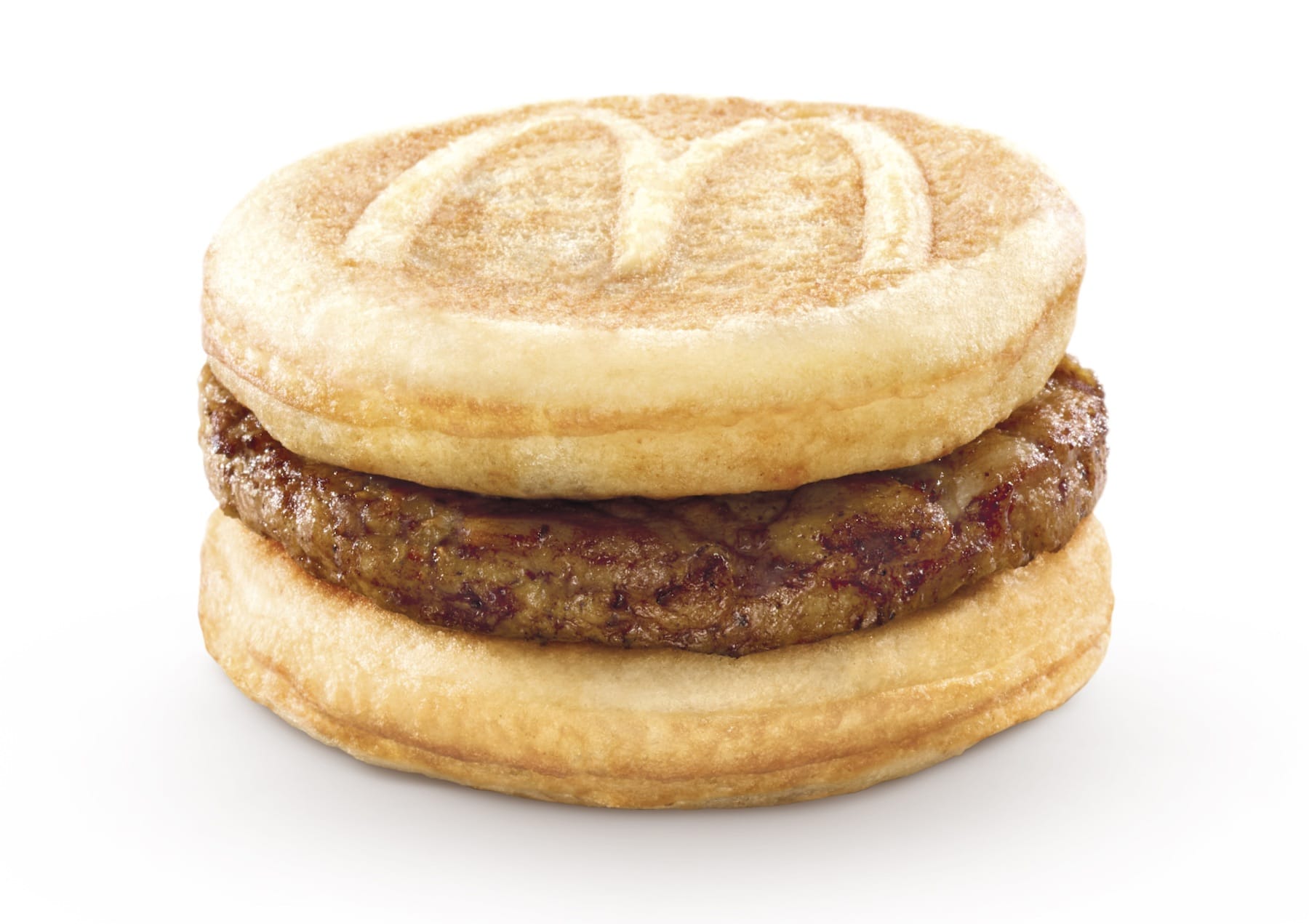 McDonald’s Singapore will also be releasing a version without an egg! Source: McDonald’s

And while McDonald’s at it, wouldn’t it be great if these items could make a comeback as well?

Old but not forgotten 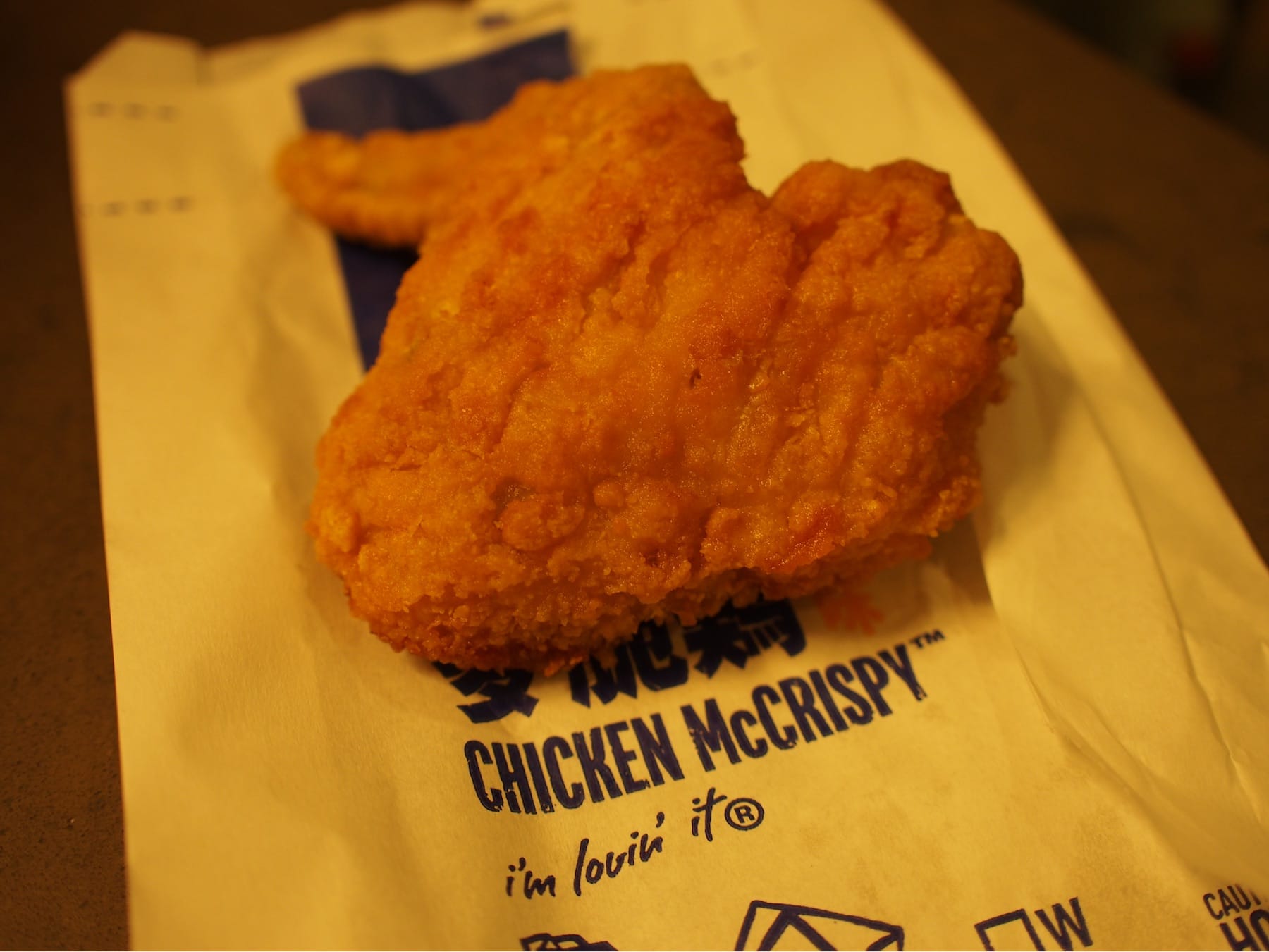 Before there was McWings, we had McCrispy – large, glorious chunks of fried chicken complete with our very own superhero duo, Flash Fry and Steam Marinate. 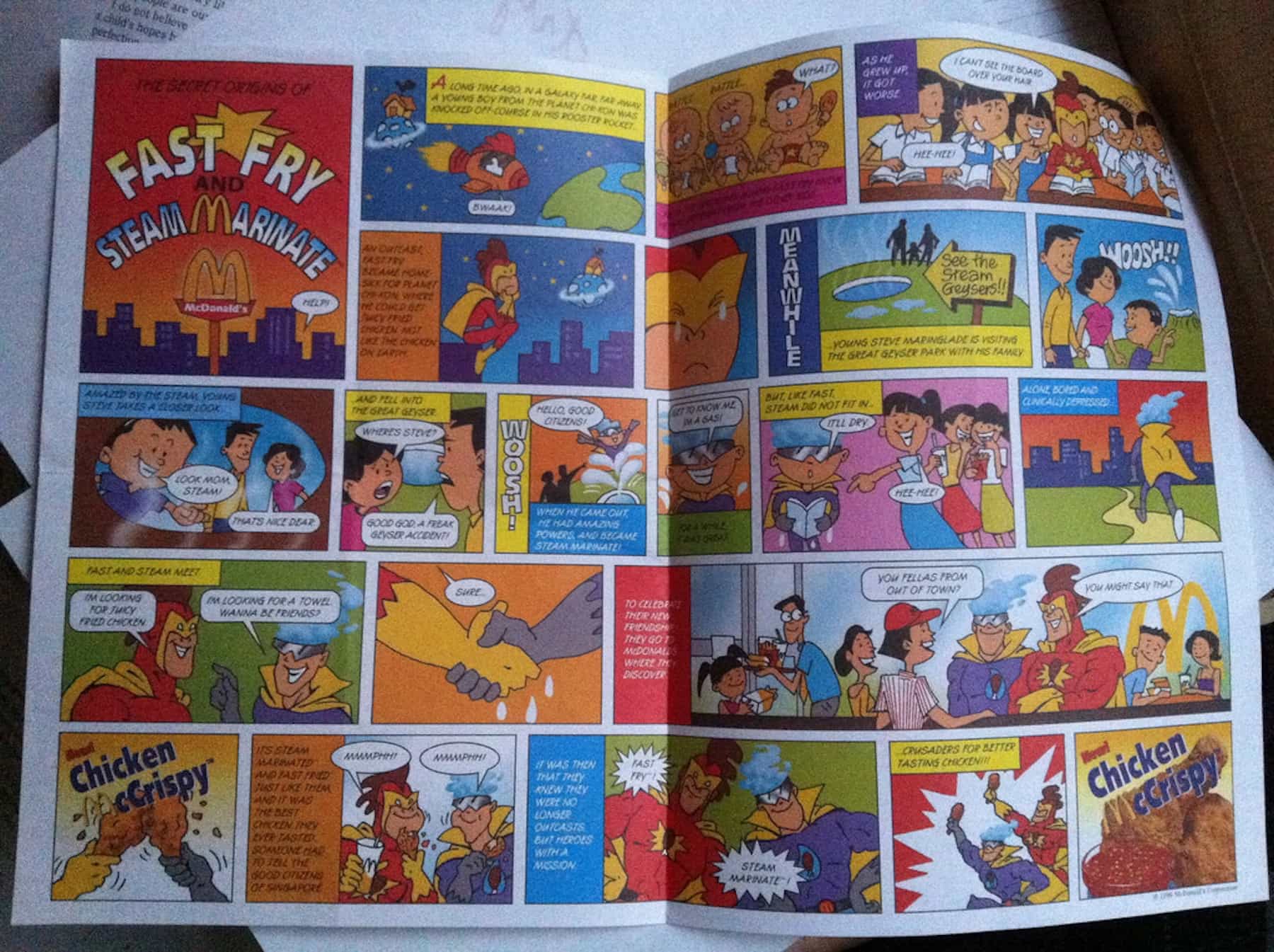 They even had a comic strip of their own! Source: Debbie Ding

They were flavourful, juicy, and crisped to perfection, and have remained in our hearts even after being suddenly discontinued in the early 2000’s. 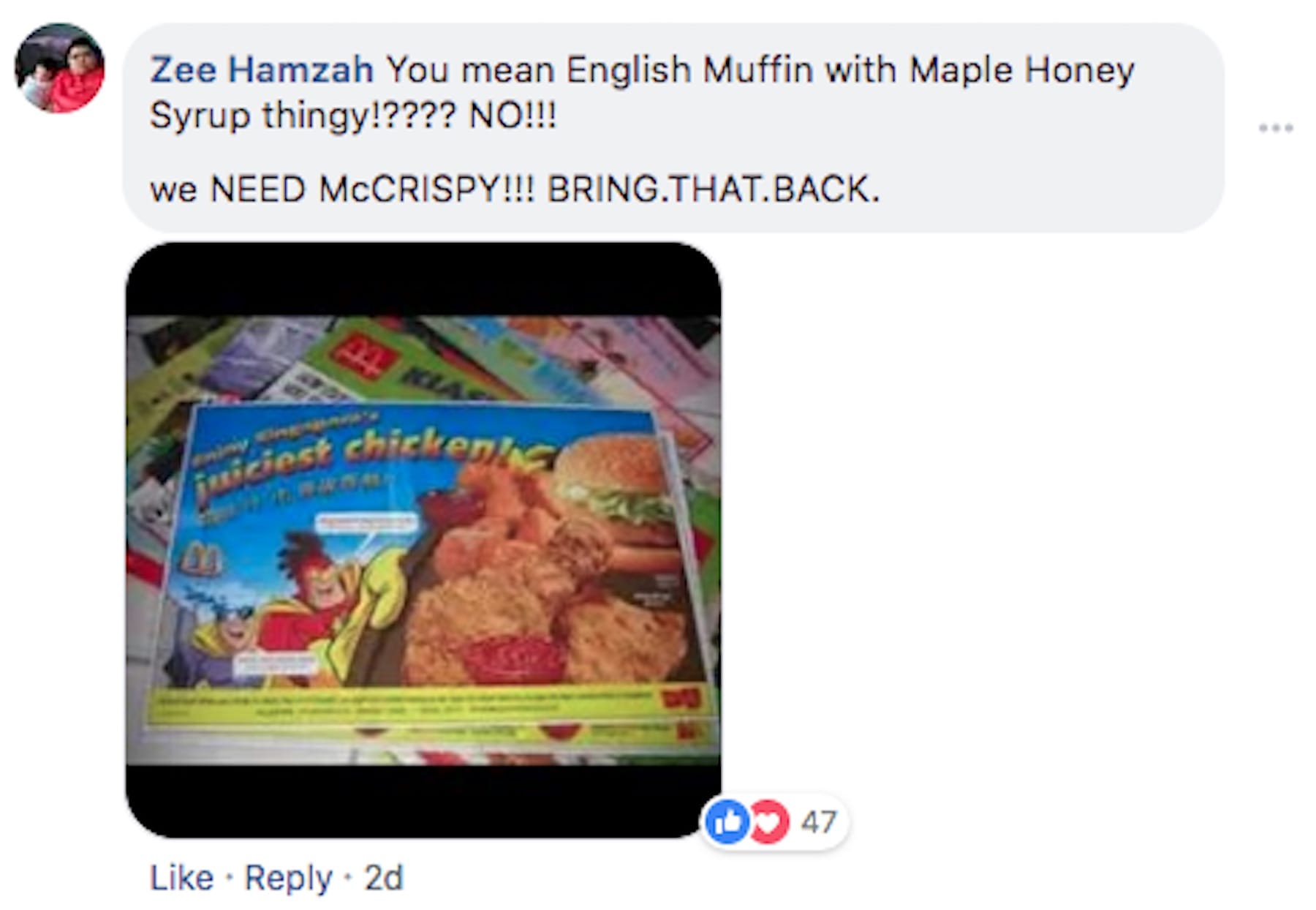 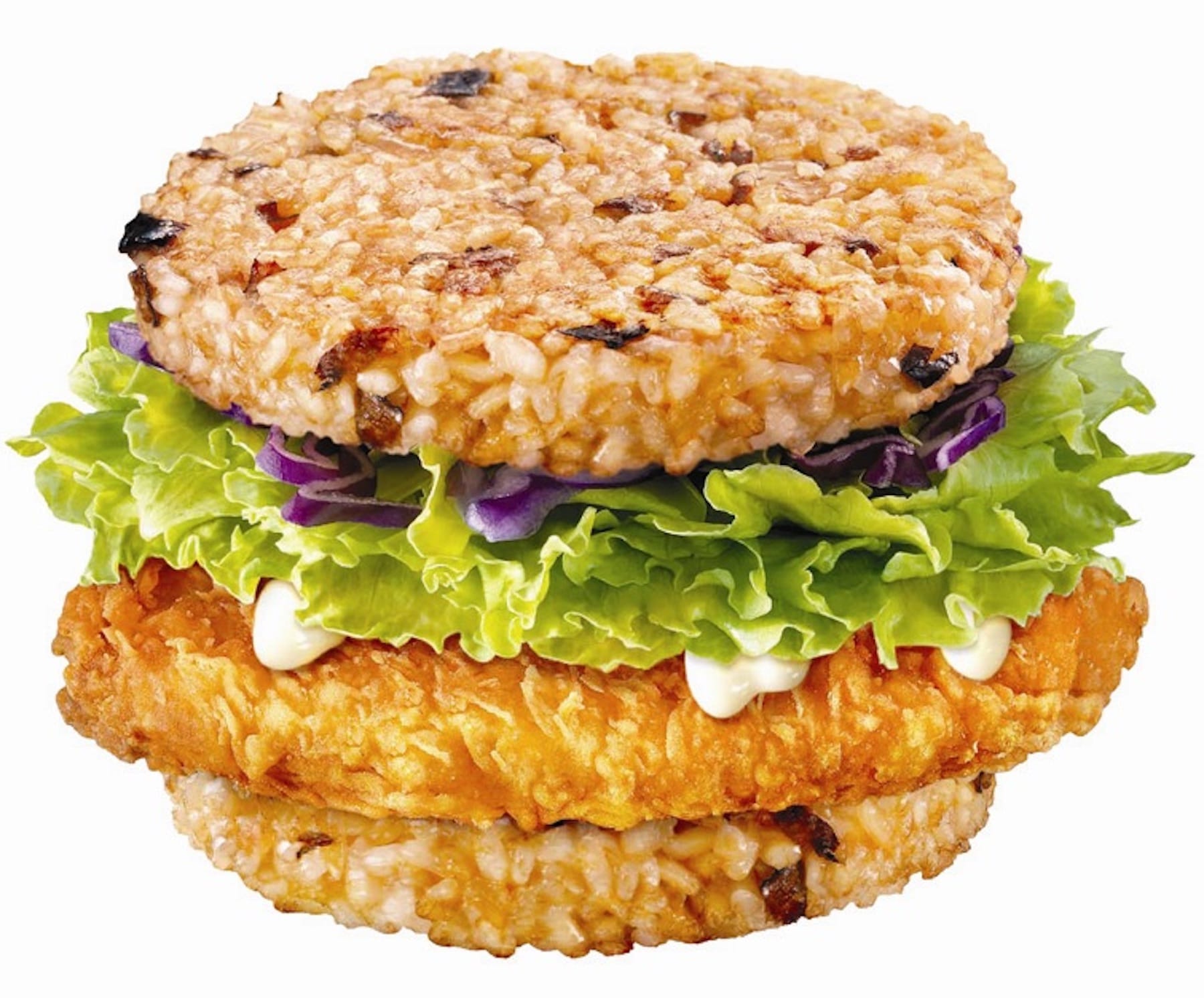 Released over a decade ago, the Fan-tastic Burger had rice patties that were a mixture of premium grains, mushroom, soy sauce, sesame oil, and ginger toasted at high temperatures to create a “wok-hei” fragrance.
A wordplay on the Chinese word for rice, which is pronounced as “fan”, it was not only punny, but also yummy enough with chicken and beef variations that had fans requesting for its comeback. 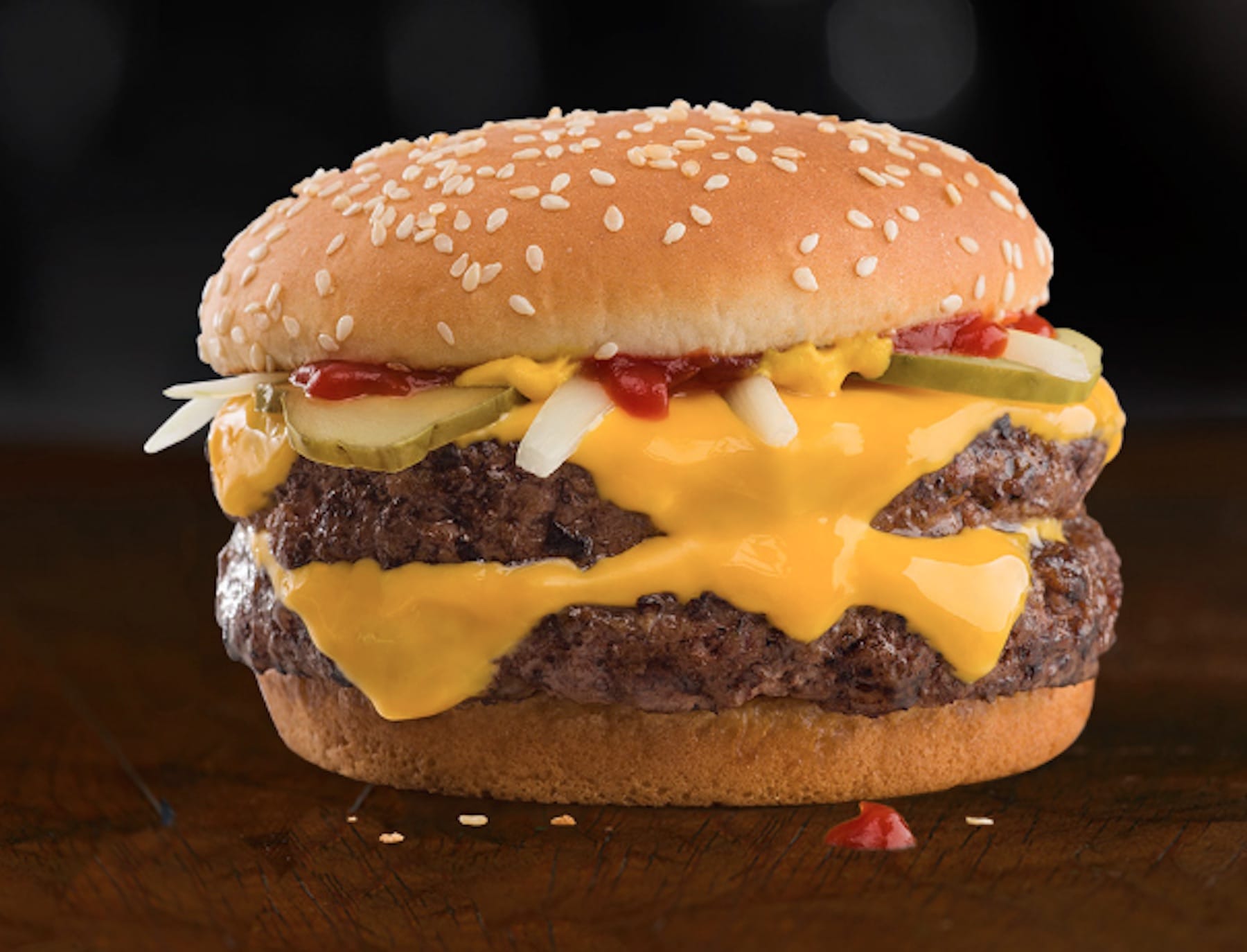 Discontinued last year on 6th December, the Double Quarter Pounder with Cheese proves to be irreplaceable even with the introduction of The Original Angus. Evident from the many anguished comments on McDonald’s McGriddles announcement post, it’s easy to see why – the Quarter Pounder has its own exclusive slab of 100% beef patty that was thick, juicy, and melt-in-your-mouth tender. 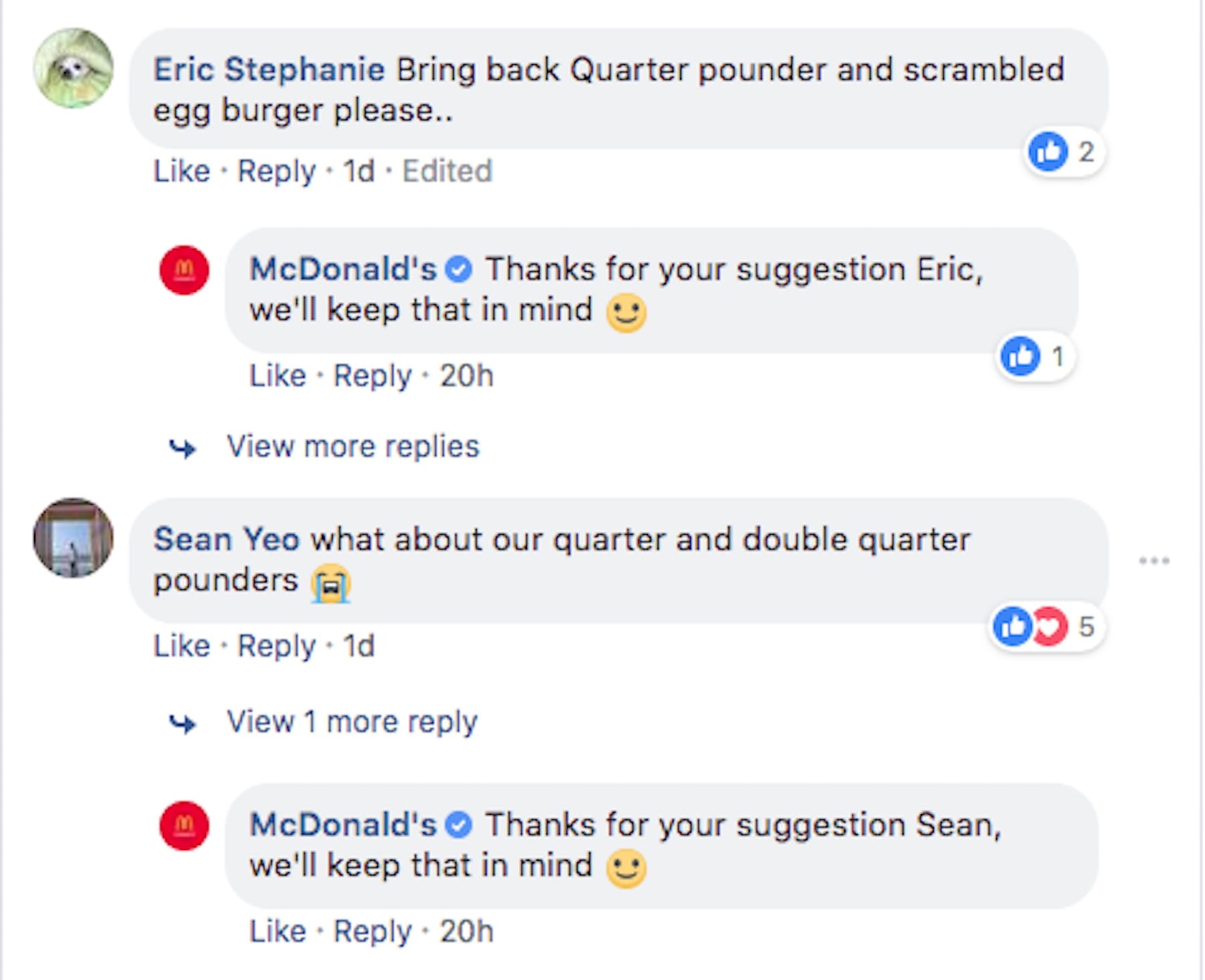 We’re familiar with the Spicy and Grilled Chicken McWrap, but many still long for its predecessor, the Chicken Foldover. Made with thick toasted bread and 2 patties instead of just 1, it’s just as healthy, but way more hearty. 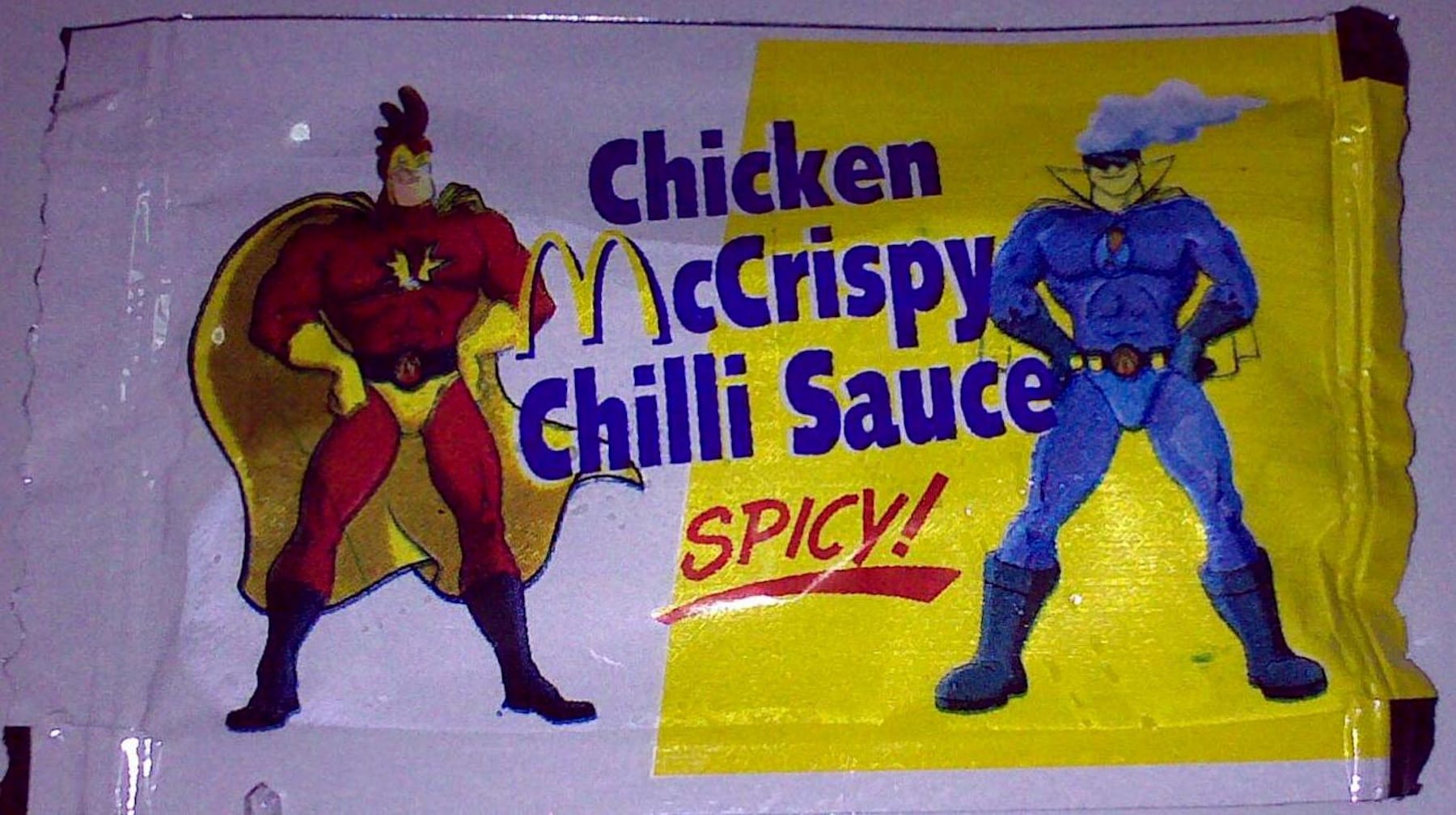 Of course, you can’t have a McDonald’s meal without their condiments. Back when McCrispy’s were still on our menu, they came with packets of Chicken McCrispy Chili Sauce, which were sweet and tangy – some even said that it’s much better than today’s garlic chilli.

The undisputed champion is none other than McDonald’s iconic Curry Sauce though, which most of us can’t get enough of. In July 2016, the much-loved curry sauce was offered in limited edition bottles for just a day, with each bottle going at just $4.50 with a purchase of any Extra Value Meal! Naturally, they were sold out within hours. If only they sold it all the time – imagine being able to douse everything with it. 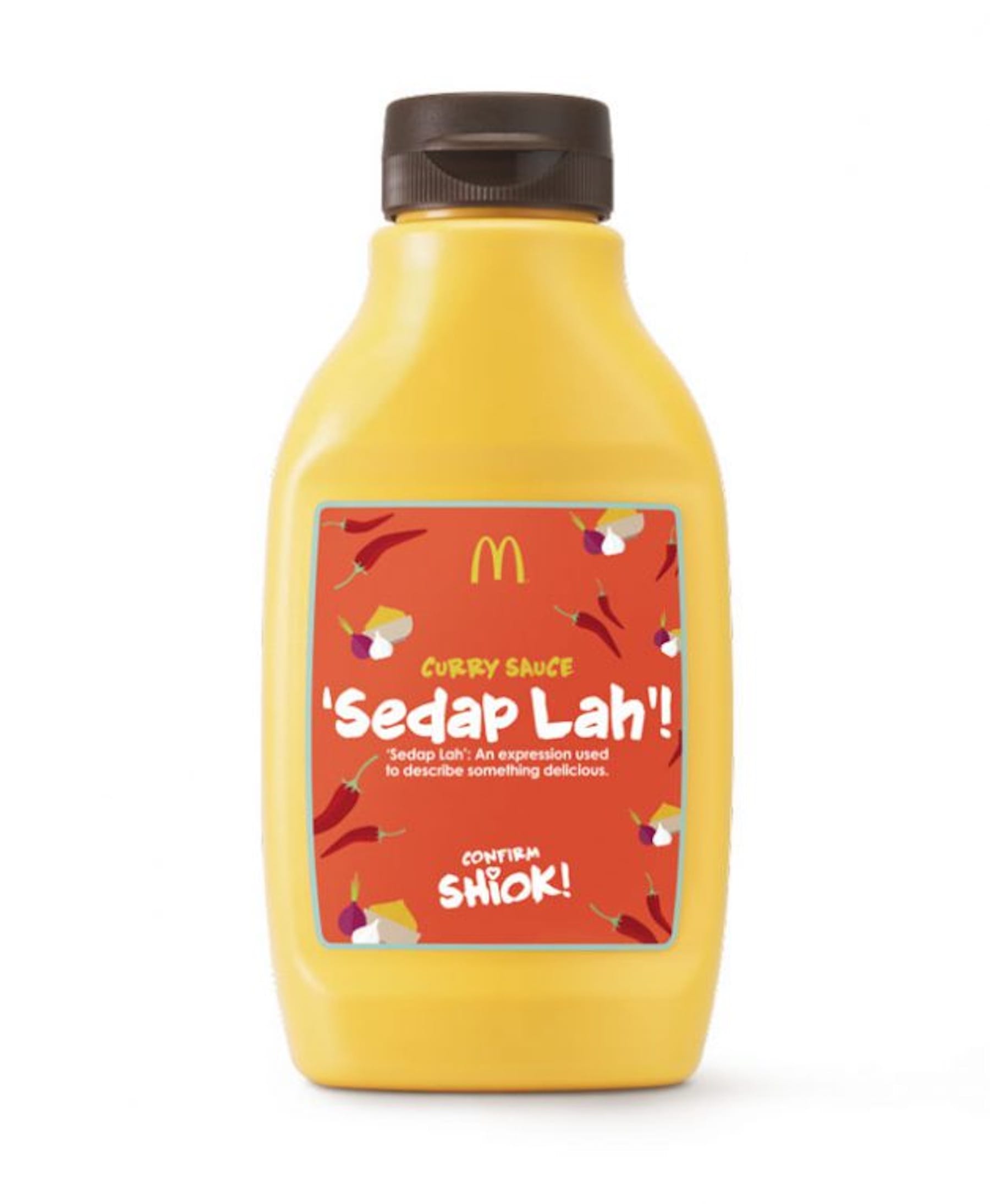 Make McDonald’s great again – or greater than it already is

It’s said that all good things come to those who wait, but McGriddles’ comeback was only achieved by constantly requesting for it to be brought back – so let us all band together, make our love for these items known, and who knows, perhaps we’ll get to see the legendary Flash Fry and Steam Marinate again one day!
For more updates on the release and price of the McGriddles, check out their Facebook page.