With so much catastrophe in the world, we need superheroes in 2020 more than ever.

Satoshi “MIZ” Mizushima (@miz_satoshi on Instagram) is a Tokyo-based photographer working in a Japanese broadcasting company. Mr Mizushima is best known for his Ultraman-themed photos and timelapse videos. We’ve had the pleasure to ask him a few questions regarding himself and also his artistic inspirations.

Most of his works revolve around the theme of superheroes in a city setting, specifically Singapore and Japan. These photos are edited to make it seem as if we are being protected by these larger-than-life Ultraman. In his works, Ultraman can be seen fighting against his enemies, giving life to our city.

Regarding his artistic inspirations, Mr Mizushima said that his love for Singapore’s cityscapes grew during his visit 8 years ago. He has also expressed his fascination towards our futuristic structures and how it inspires him to create scenic time lapse videos.

“I always wondered what beautiful videos could be made when I shoot a time-lapse in Singapore.”

However, since many other creators have been posting pictures of Singapore’s cityscape, Mr Mizushima wanted to utilise “anything that was eye-catching” so that it would leave an impression on people.

Therefore, Mr Mizushima has decided to do something unique by “adding a silver giant” – which happens to be Ultraman, an iconic superhero figure that originated from Japan.  It was also interesting to learn that his parents were one of the members of the production team for the Ultraman Leo series!

“I am not a freak of heroes even though my parents were one of the production team(members) of Ultraman Leo.”

Mr Mizushima has also let us in on his plans in wanting to create more amazing contents using Shiba Inu dogs and even the Fullerton Hotel Bear mascots! Like many of us, he has put his travel plans on hold due to the pandemic, but wishes to continue creating these unique travel photos in the near future.

“I want to try adding a shiba-inu or The Fullerton Hotel Bears in Merlion Park. When COVID-19 infection is over. I will shoot a time-lapse in Singapore, Melbourne, Dubai and Hong Kong.”

You can view more of Mr Mizushima’s contents here! 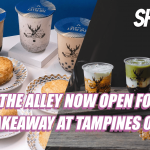 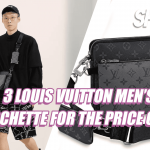