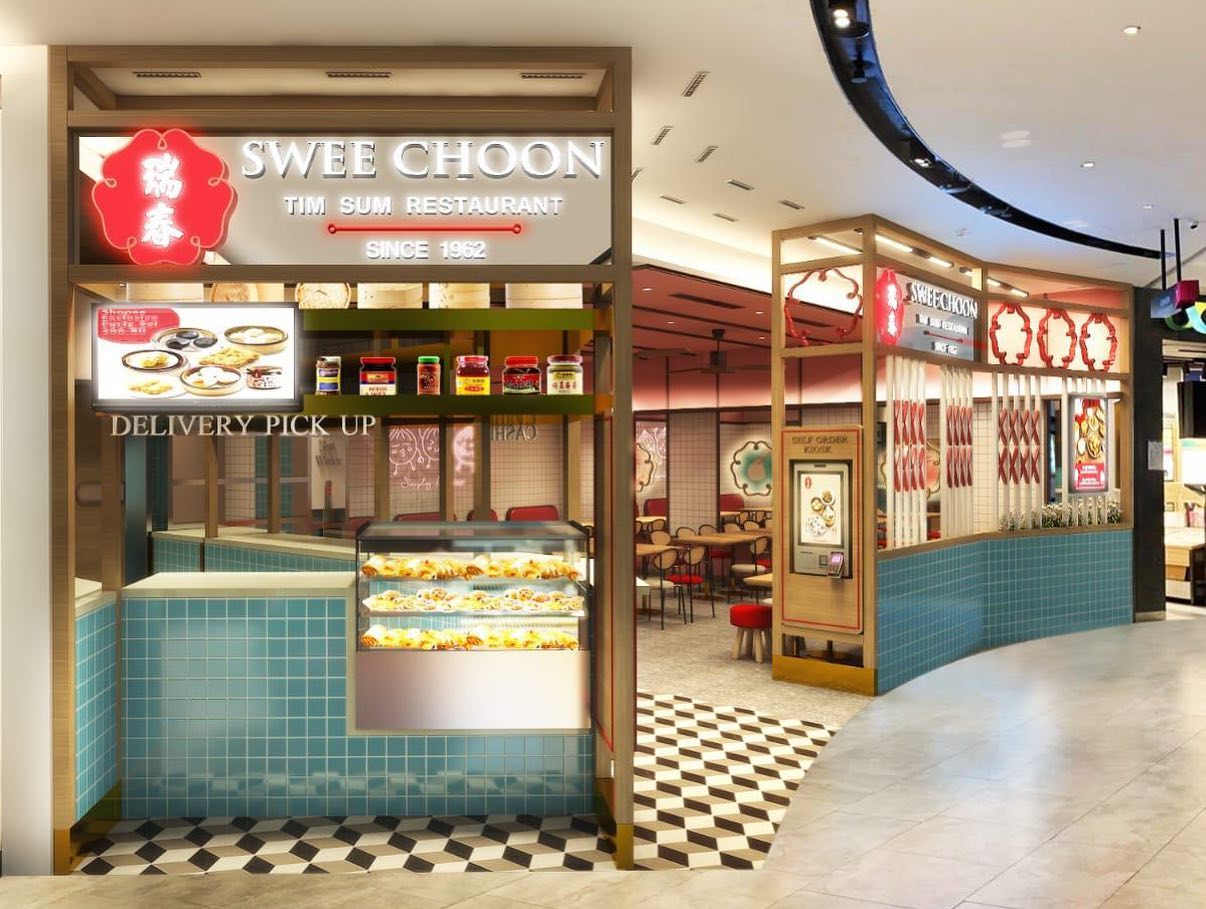 Venturing out of Jalan Besar for the first time in 59 years, Swee Choon has officially opened a shop in Century Square at Tampines. 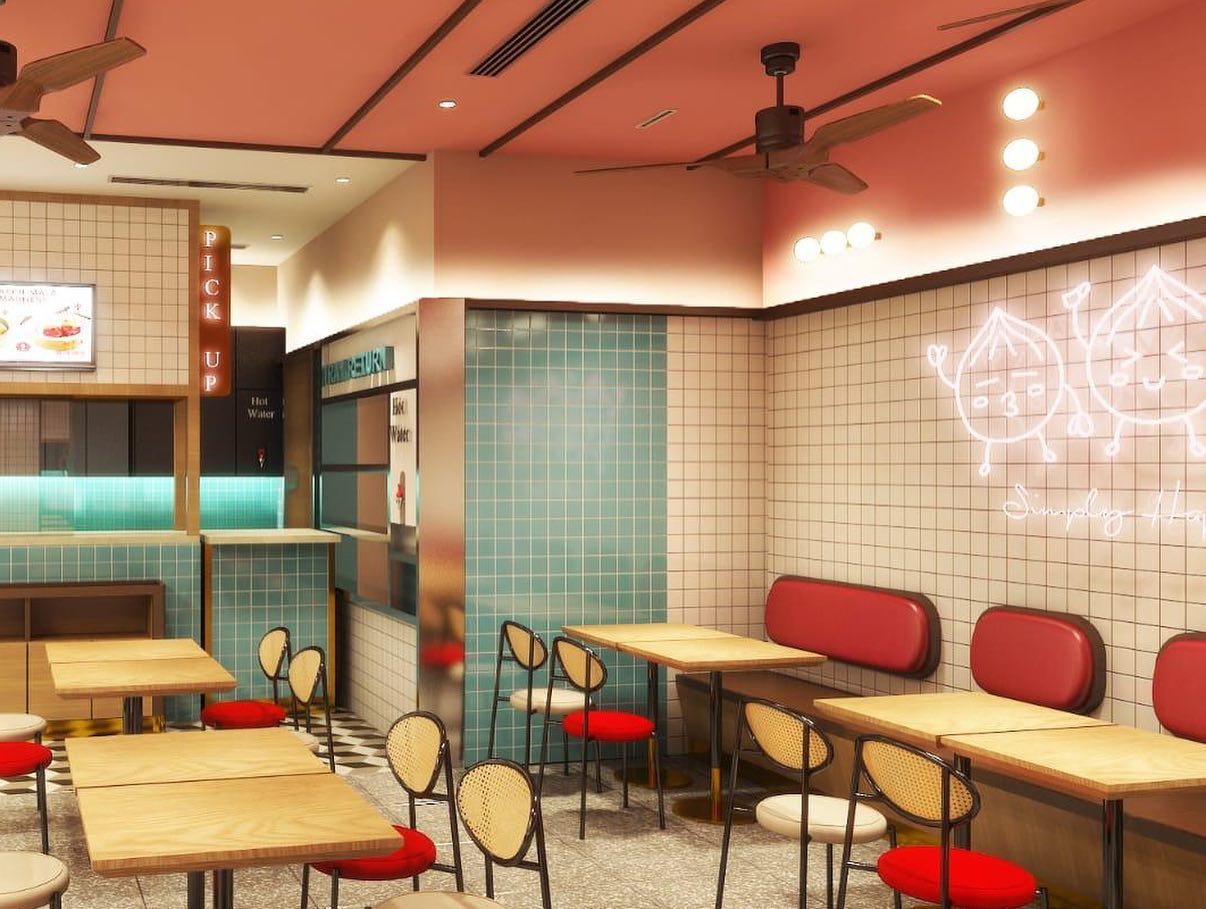 Inviting guests to experience their all-new 40-seater dine-in space, the latest Swee Choon outlet is expected to feature old favourites such as the $2.60 for 2 Mee Suah Kueh, $4.20 Rice Roll with Prawn, $4.80 for 3 Salted Egg Yolk Custard Bun, and $3.60 Congee with Minced Pork & Century Egg, alongside new menu additions in the form of the $4 for 2 Baked BBQ Char Siew Bao, and $3.20 for 2 Black Pepper Char Siew Bao. 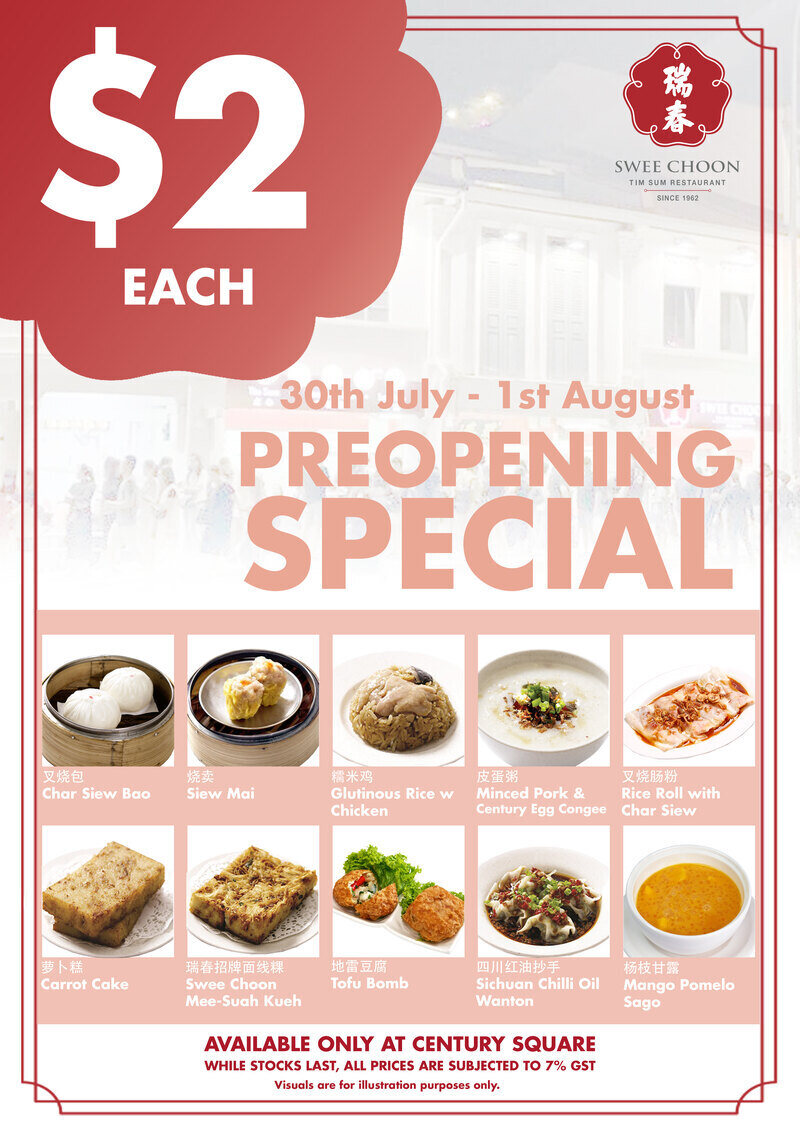 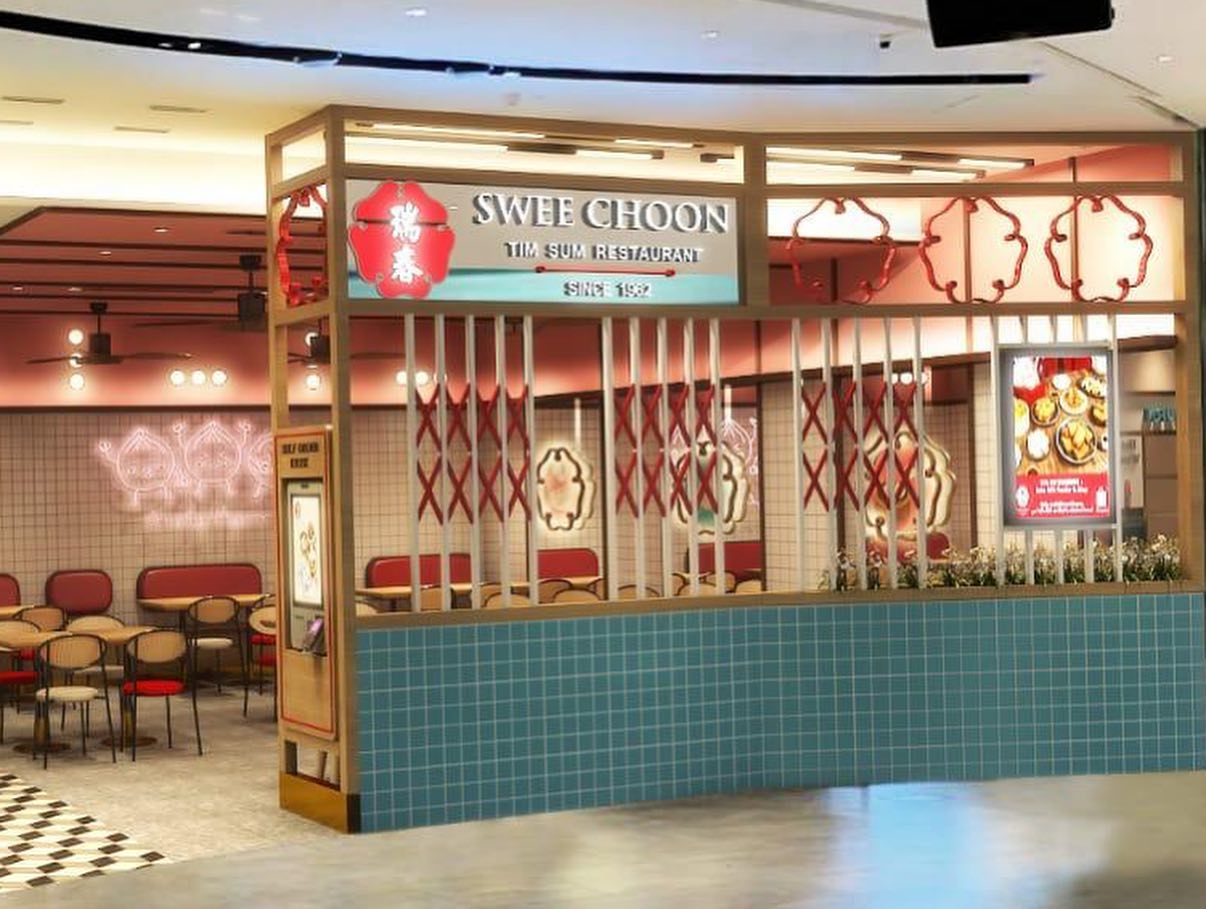 Other promotions include up to 20% off storewide orders made exclusively via FoodPanda throughout the month of August. 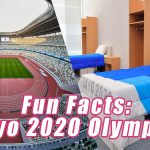 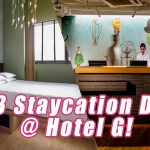