If you’re a fan of films, movies and manga, theme parks are your one chance at experiencing fictional worlds. Just this year sees more than 10 theme parks all over the world open its doors, and we picked our favorite 4 featuring all our favorite characters that we want to visit. Take a trip to the Capitol, Batuu, or even into the 8bit Super Mario World.
1. NARUTO＆BORUTO 忍里(SHINOBI-ZATO)公式


Fans of the beloved Japanese manga Naruto will now be able to visit the Hidden Leaf Village in a newly opened theme park in Awaji, Hyogo Prefecture in Japan. The Hokage Rock towering above the entrance greets you from the moment you step into Naruto & Boruto’s Ninja Village in Nijigen no Mori.

Life-sized replicas of Naruto characters will be peppered around the park for photo-ops so that you can truly feel like you just stepped into Konohagakure no Sato. Other attractions include a three-story maze, augmented reality displays that bring scenes from the manga to life, a jutsu photo cutout section, and more.

Fans can also tuck into a bowl of ramen at Konohagakure’s famed ramen restaurant, Ramen Ichiraku. Every order of ramen or drink will be served with a shuriken-shaped coaster featuring a character from the Naruto comics. Stop by the merchandise store on the way out to bring home a limited edition souvenir like a furoshiki cloth, chara cans badge, and shirts.
Entry tickets to the Naruto attraction cost ¥3,300 (about SGD$41) for adults and ¥1,800 (about SGD$22) for students and children.
NARUTO＆BORUTO 忍里(SHINOBI-ZATO)公式
Address: Nijigen no Mori, 2425 Kusumoto, Awaji, Hyogo Prefecture, Japan
Opening hours: 12pm – 10pm daily (subject to changes)
Tickets: nijigennomori.com (in Japanese)
2. STAR WARS: GALAXY’S EDGE

Live out your own Star Wars Adventure in a galaxy far, far away this summer as Disneyland officially opens its doors for all aspiring jedis and stormtroopers! Batuu is no longer a space dream but a reality, complete with its own Millennium Falcon spaceship.

Hop aboard the Millennium Falcon as you join the crew for a thrilling smuggling mission, or be a bystander in a climatic battle against the First Order to witness an epic showdown with Kylo Ren.

Gear up with your own unique lightsaber at Savi’s Workshop, or finally find the droid that you are looking for at the Droid Depot where you can assemble your own customized droid. Coca-Cola is also creating custom bottles of Coke, Sprite and Dasani where the bottles will be branded in Aurebesh. Star Wars-inspired food and snacks like lightsaber churros will also be making their debut in Disneyland at the same time too.

The park officially opens on 31 May 2019, but you’ll need more than just a Disneyland ticket to get in – reservations start online from 2 May at disneyland.com and a hefty dose of luck are also required as we’re sure that all the Star Wars fans are going to storm the site for first dibs. From 24 June, all park-goers won’t require a reservation to enter Batuu, but there will be a virtual queueing system.
STAR WARS: GALAXY’S EDGE
Address: 1313 Disneyland Dr, Anaheim, CA 92802, USA
Opening hours: differs on different days
Tickets: entry is free with a valid Disneyland ticket, but requires an online reservation for entry from 31 May to 23 June
3. SUPER NINTENDO WORLD

If you can’t wait till 2025, you might just want to start booking your tickets to Japan next year as the first attractions from the Super Nintendo World is on track to open at Universal Studios Japan in 2020. While not many details have been released yet, fans can expect a Mario world, with a real-life Mario Kart ride.

Only construction photos have been released for now, but it looks like a scene straight out of a Mario game with piranha plants and brick blocks! Time to get out those Mario suits.
Universal Studios Singapore will also be getting its now Super Nintendo World, but no details on the rides or opening date has been released except that the new expansions will all be completed by 2025.
SUPER NINTENDO WORLD
Address: 2 Chome-1-33 Sakurajima, Konohana Ward, Osaka, 554-0031, Japan
Opening hours: differs on different days
Tickets: entry is included with a Universal Studios Japan ticket
4. LIONSGATE ENTERTAINMENT WORLD

If Lionsgate doesn’t ring any bells, maybe these might: The Hunger Games, Divergent, Mad Men, John Wick 2. The entertainment label who owns popular franchises like The Hunger Games and Divergent will be bringing these television sensations to life in thrilling and interactive adventures.

Lionsgate is currently building two theme parks in New York, America and Hengqin, China respectively and they are both scheduled to open in the later half of 2019. While we couldn’t find any photos yet, we’re already excited to hear what the theme park has in store.

This is your chance to volunteer as a tribute as you hop aboard a hovercraft to try and escape the Capitol in the dystopian world of The Hunger Games, try and save the world from the gods of darkness in The Gods Of Egypt, or be immersed into the illusionary world of Now You See Me.
Stay tuned to Lionsgate for more info and updates on the Lionsgate Entertainment World openings 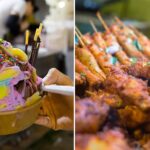