The playful yet heart-warming comedy Ted has impacted Japan enough with its laughter and hilarity that it has earned Ted his own cafe and bar in the Shibuya District of Tokyo (so much for collaborations and merchandise!). Ted fans in Tokyo can now patronize this cafe and bar brimming with props and decoration devoted to the infamous Teddy Bear as if it were a life-sized altar for Ted.

The interior has also been designed to fully reflect Ted personality and life as he is on screen – with PG-instilled themes to make the cafe comparatively family-friendly yet remaining true to Ted’s character. With quilted chesterfield sofas, a brown-ebony, grungy feel – the cafe takes on Ted’s personality – willing you to have a good time just as much as Ted would. 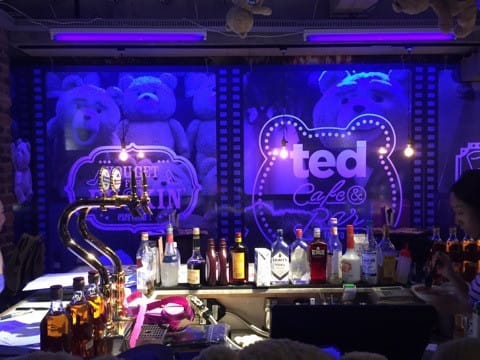 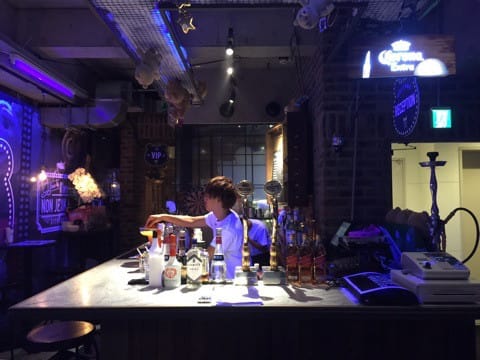 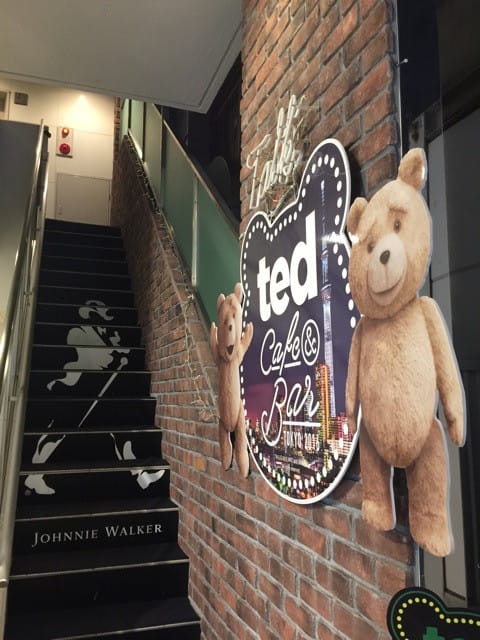 Ted Cafe and Bar’s menu also offers interesting yet appetite-inducing food that resonates with its theme  – The Ted Movie – and contains signature favorites evident in the show itself. 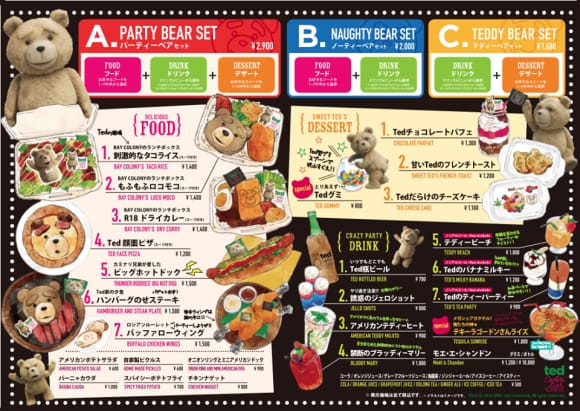 Apart from simply operating as a cafe and bar, you can also get official merchandise to fulfill your Ted-related desires. From tumblers and tote bags to plushies for you to take home ranging from ¥1500 to ¥12500, this cafe is all-rounded in its delivery of the movie franchise.

This cafe, however long-awaited, is only a pop-up that will remain in service until 21st November, two months from when it first opened, so be sure to head down there as fast as you can (especially so if you’re a Ted junkie).
Address:
Tokyo-to, Shibuya-ku, Udagawa-cho
33-13 Kusuhara Building 2F
東京都渋谷区宇田川町 33−13 楠原ビル2F
Opening Hours:
Mondays to Thursdays and Sundays: 11am – 5pm, 530pm – 330am
Fridays and Saturdays: 11am – 5pm, 530pm – 5am