Who said eating plant-centric foods had to be boring? The new Mallow Bar at Intercontinental Singapore aims to subvert preconceived notions of vegetarian and vegan-friendly eating with their new plant-forward food and cocktail menu!

Helmed by Christina and Sasha—who are in charge of conceptualising the food and cocktail menu respectively—and in partnership with dessert genius Janice Wong, Mallow challenges the way plant-based foods and drinks are made and presented, making eating clean and green more approachable and enjoyable for all.

Despite being a plant-forward restaurant, Mallow does not attempt to push or indoctrinate the eating green by any means, and the fact that the restaurant is plant-centric is not the main focus at all. Instead, Mallow’s focus lies in creating good vibes with good music, with a food and drink menu that actually tastes good, while at the same time also being good for your body and the environment.

For food, we had the A Taste of Mallow ($135/pax) that offers a little taste of all the best Mallow has to offer. The course menu comes with a total of 6 food courses, along with 5 cocktail pairings. Items included in the course are: Wild Wraps, Tartlet Tears, Modo, Shrooms!, Silky Chocolate and Kinda Like A Magnum. While the food portions in the menu are pretty small and by no means a hearty meal, we were still pretty stuffed by the end of the night—albeit most likely due to the 5 cocktails we had alongside the food.

The food at Mallow is best described as quirky, eye-catching and unexpected: both in terms of taste and visual. Every item on the menu is presented beautifully, so your eyes (and camera) can eat first. Taste-wise, the food boasts strong and robust flavours, despite not containing any meat—Mallow somehow manages to put its own spin on humble vegetables like carrots and mushrooms, preparing them in ways you’ve never had before. Mallow also embellishes and flavours their food with edible flowers and herbs harvested directly from their in-house herb garden—a true farm-to-table dining experience, if you will.

Each food item in the Taste of Mallow course came with its own cocktail pairing, and what’s interesting about Mallow’s cocktails is they aren’t made from scratch like you’re used to. Due to space constraints, Mallow’s cocktails are pre-mixed in batches and stored at the bar in large bottles. What this does is to maximise the limited bar space Mallow has, save time in making and mixing cocktail components, as well as ensure flavour consistency across all the cocktails made.

Again, while Mallow’s food is indeed tasty, the absence of meat is still pretty glaring, and the plant-forward dishes (no matter how delicious) don’t make up for the lack of meat. So if you’re someone who must have some form of meat for every meal, perhaps Mallow isn’t for you. However, if you’re not picky with your vegetables and are up to try your greens in a more unique and adventurous way, Mallow is definitely one plant-forward restaurant you should add to your list! 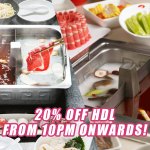 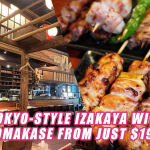