Japanese video game developer, Sega, will be releasing miniature versions of their classic Game Gear console in commemoration of their 60th anniversary.

The Game Gear was, first debuted in 1990, is an 8-bit gaming device that features a full-colored backlit system and was considered a “game-changer” in its era. However, after losing out on sales against Nintendo Game Boy, the handheld game console was discontinued.

The new palm-sized Game Gear Micro(USD45) will be a mini replica of the retro game console featuring a coloured screen with simple button controls. The “Sega” and “Game Gear” logo will also be printed on each corner of the device.

If you pre-order all four color variations, you can redeem a free original Game Gear’s “Big Windo” magnifying accessories. The Game Gear Micro is set to launch in October 2020 and will only be found at selected Japanese retailers. 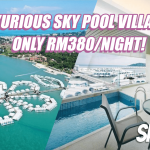 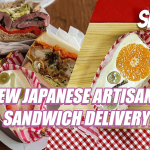