Search
Menu
Expect an exciting weekend amidst boring July with the wide range of activities which will be suited for whatever preference you may have. For those who missed the hyped-up inflatable Art-Zoo playground during ILight’s Festival, here’s a second chance for you to bounce to your heart’s content on these inflatable creatures at RWS. Or, there is always the option of experiencing the visual spectacle of Cirque Du Soleil’s heart-stopping acrobatic acts or the myriad of orchids at Orchid Extravaganza at Gardens by the Bay. For those who’d prefer to wind down with some music, give your ears a treat with the different melodies at Baybeats or Disney in Concert: A Dream is a Wish. Eating your week’s stress away is of course, always an option at Singapore Food Festival’s STREAT.

Remember the hype about those giant inflatable animals at the Floating Platform during the ILight’s Festival earlier this year? For those who didn’t manage to check out what all the hype and Instagram posts were about, good news – these adorable characters are making a re-appearance at Resorts World Sentosa. This is your second chance to experience or for some, re-experience the pop-up inflatable playground which will feature the Grasslands, Honey Hives, Savannah, Spider, Swamps and Underwater habitats. As you slide down a two-storey high slide and bounce endlessly on a tiered circular base, you will be sure that this playground will have you unknowingly release your inner child.
Date: 30th June – 31st July 2017
Venue: The Bull Ring, Resorts World Sentosa
26 Sentosa Gateway
Singapore 098269
Time: 11am- 9pm daily
Admission:
$20 per child
$10 per adult
(more information here )
2. Cirque Du Soleil: KOOZA 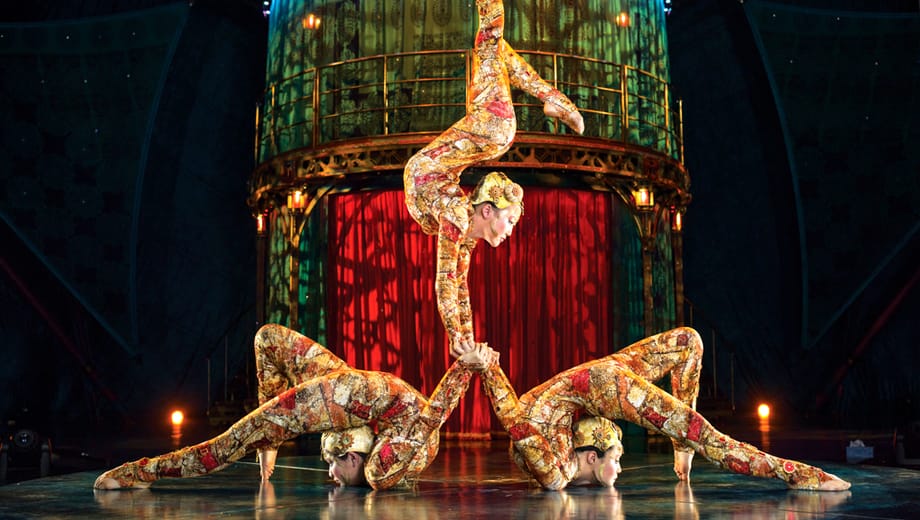 source
Cirque Du Soleil has made itself a household name worldwide with their gravity-defying, heart stopping and blood pumping acrobatic acts which have put audience at their edge of their seats. Once again, be prepared to be blown away by Cirque Du Soleil in their latest production as they meld the art of clowning and thrilling acrobatic performances into one at the production, Kooza. Featuring a stunning cast of over 50 acrobats, musicians, singers and actors from over 19 countries, be taken on a journey with “The Innocent” as he discovers a world of eccentricity and surprises on this journey called life.
Not only will these seemingly impossible stunts have everyone dropping their jaws and squealing with excitement, the storyline which centers itself on the growth throughout life will deeply resonate with everyone and touch their hearts as they go on this rollercoaster journey with the character.
Date:
The season runs from 12th July 2017 – 20th August 2017 with the cast performing on varying dates
Venue: Under the Big Tent Top, Bayfront Avenue, next to Marina Bay Sands
10 Bayfront Avenue
Singapore 018956
Time: Timings vary
Admission:
Tickets start from $88
(more information here)
3. Singapore Food Festival : STREAT 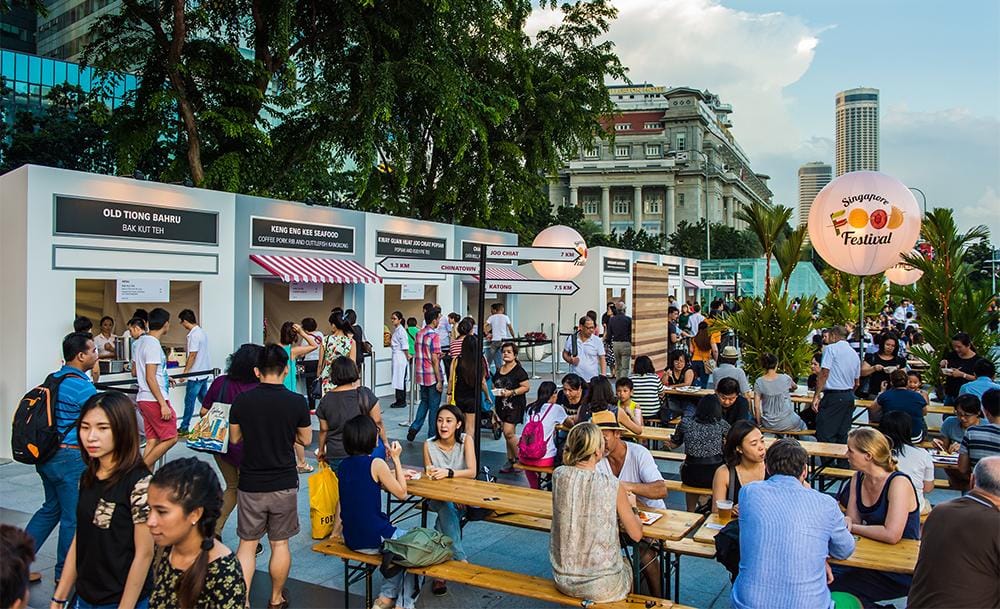 source
Here’s an event that will have the heads of foodies turning – the Singapore Food Festival is back again this year! In celebration of our island’s wide array of culinary experiences which make up the food fare that Singapore has to offer today, the Singapore Food Festival will be starting with their signature event, STREAT.
Think traditional local favourites with a modern twist that will be cooked up by one-Michelin-starred chef, Malcolm Lee and mod-Sin pioneer, Willin Low of Wild Rocket. In this collaboration between the two, a pop-up restaurant that serves a 3-course mod-Sin and modern Peranakan Tok Panjang menu will be born. A 3-course meal of $50 may be seemingly pricey but for the experience of tingling your tastebuds with local dishes that have been prepared with modern techniques, it may be worth the try. After all, in the spirit of the Singapore Food Festival, it’s all about appreciating and embracing what our city’s culinary scene has to offer. Though we would advise that you leave some space for the other food and drinks which will be available as ten stalls are featured in the lineup that will feature local delights from Whampoa Prawn Mee, New Ubin Seafood and bevvies from Native Bar to top off your night.
Date:  14th July 2017 – 15th July 2017
Venue: Clifford Square
80 Collyer Quay
Singapore 049326
Time: 5PM – 10:30PM
Admission:
Free
(more information here)
4. Baybeats 2017 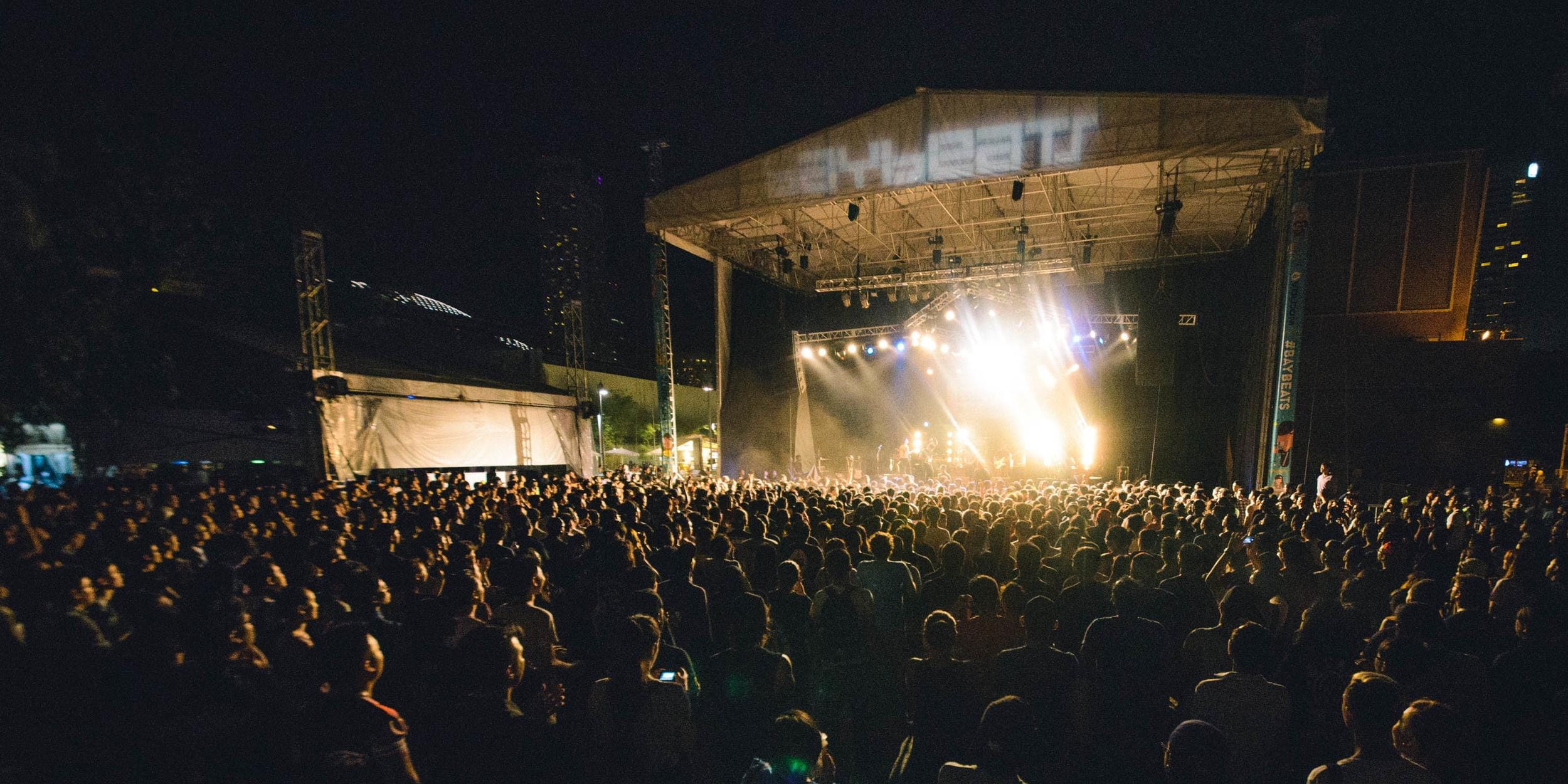 source
The music scene in Singapore has been flourishing as of late with increasingly more local artists being recognized for their talents. If you’re a follower of Singapore’s music scene or if you’d simply like to rock out to some feel-good music, you can catch these budding musicians at Baybeats as it makes its way down to Esplanade again this weekend.
Besides local musicians, regional musicians will also be taking a place on Baybeat’s stage as they get their chance to step up and showcase their masterpieces. With four stages this year, each stage dedicated to a different genre of music, wind down and bob your head to the electronic sets at the Chillout stage or pump yourself up for the week ahead with the mosh-fests at the Powerhouse. From feel-good, hypnotising rock tunes by Bakers In Space to emo pop-rock hits by Forests, you know that whatever mood you’re feeling, there will be a tune to suit it.
Date:  14th July 2017 – 15th July 2017
Venue: Various venues around Esplanade, Theatres on Bay
1 Esplanade Drive
Singapore 038981
Time: Timing varies according to setlist
Admission:
Free
(more information here)

5. Orchid Extravaganza at Gardens By The Bay 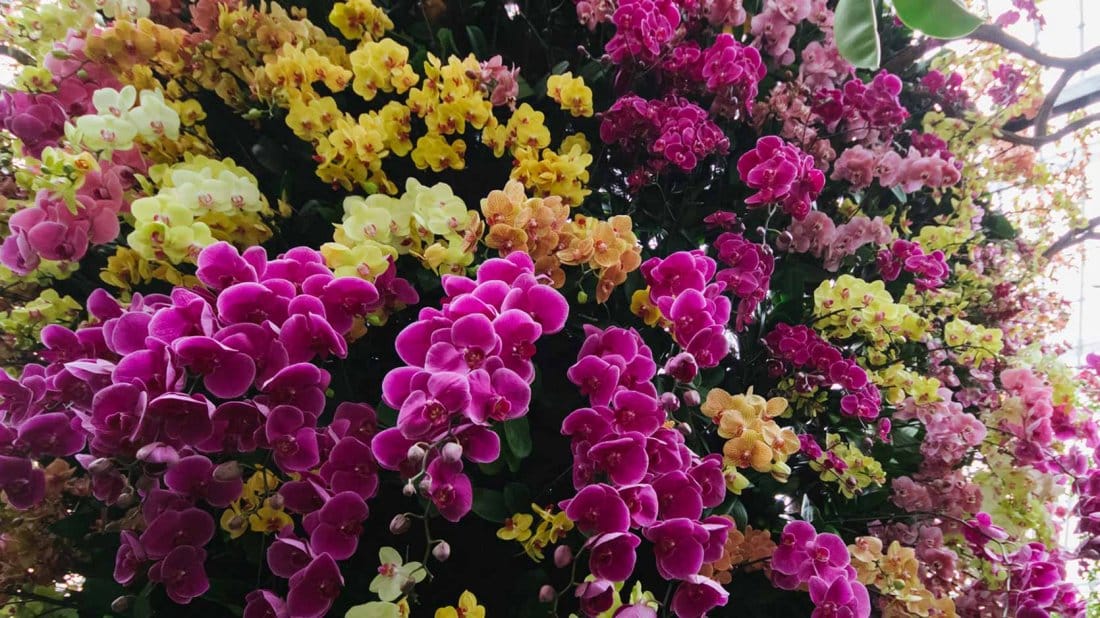 source
It is probably common knowledge that the orchid plant is Singapore’s national flower. So, what better way to represent Singapore than to hold an exhibition featuring a variety of orchids at the Orchid Extravaganza at Gardens By The Bay. Beyond the simple display of the various species of orchids, the orchids which are placed in an exquisitely planned formation of a myriad of shapes and colours encompass a deeper meaning as they tell the story of Singapore through the motif of a butterfly’s life cycle.Carefully put together by award-winning garden designer, Peter Cheok, look forward to seeing a variety of orchid species such as Phalaenopsis, Vanda, Dendrobium and more together with a sculpture of 52 butterflies to celebrate our Sunny Island’s 52nd birthday. It will be a spectacular sight that is not only visually pleasing but also, an apt homage to our country on her 52nd birthday.
Date:  14th July 2017 – 20th August 2017
Venue: Gardens by the Bay, Flower Dome
18 Marina Gardens Drive
Singapore 018953Time: 9am-9PMAdmission:
Admission charge to the conservatories applies
(more information here)
6. Disney in Concert : A Dream is a Wish 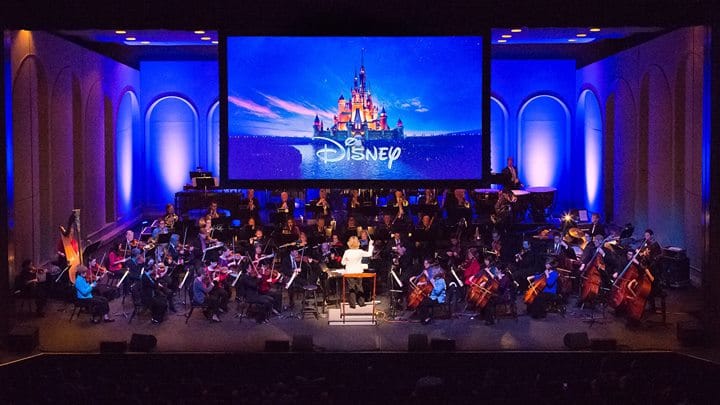 For all the millennials out there – if the Disney soundtrack featuring the iconic tunes from your favourite Disney movies was the soundtrack of your childhood, you would be pleased to know that you could bring back those nostalgic childhood feelings at the Disney in Concert: A Dream is a Wish.
Conducted by multiple award-winning Australian conductor, Jessica Gethin, this concert will be a celebration cum recollection of all the memorable moments and feats of the heroes and heroines from the various Disney animations such as The Little Mermaid, The Lion King and more. You know you will be guaranteed a magical experience with the Base Philharmonic Orchestra which comprises 67 of Singapore’s best professional freelance musicians creating music that will soothe both your ears and soul.
Date:  14th July 2017  and 15th July 2017
Venue: MasterCard Theatres at Marina Bay Sands
10 Bayfront Avenue
Singapore 018956
Time:
Friday, 8pm
Saturday, 2pm and 8pm
Admission:
Ticket price range from $65-$660
(more information here)