Take a walk between “the giant hands of a god” 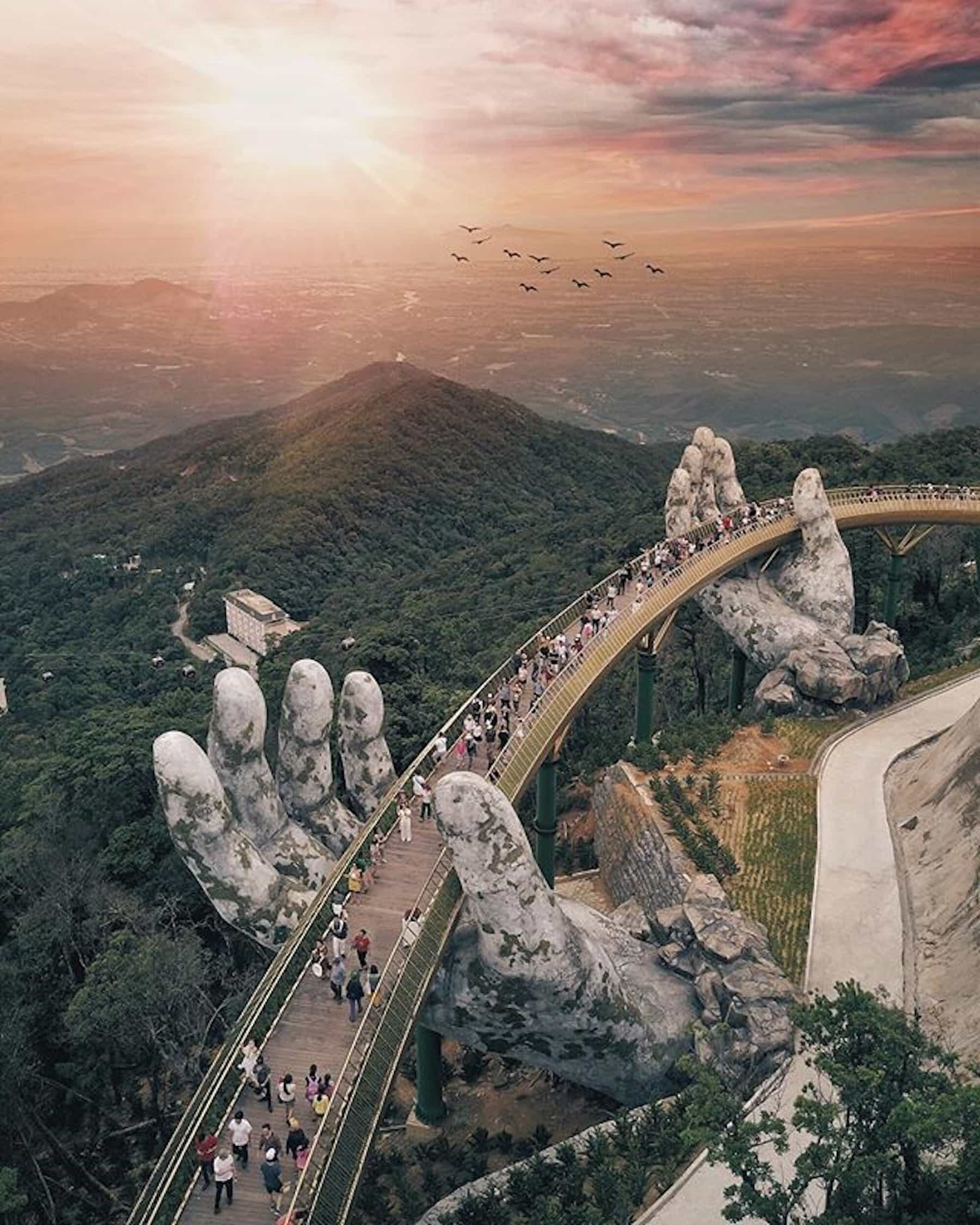 Search for the geotag “Da Nang, Vietnam” on Instagram and you’ll find that 6 out of 9 of the top posts are pictures of an ethereal-looking place – the Golden Bridge. 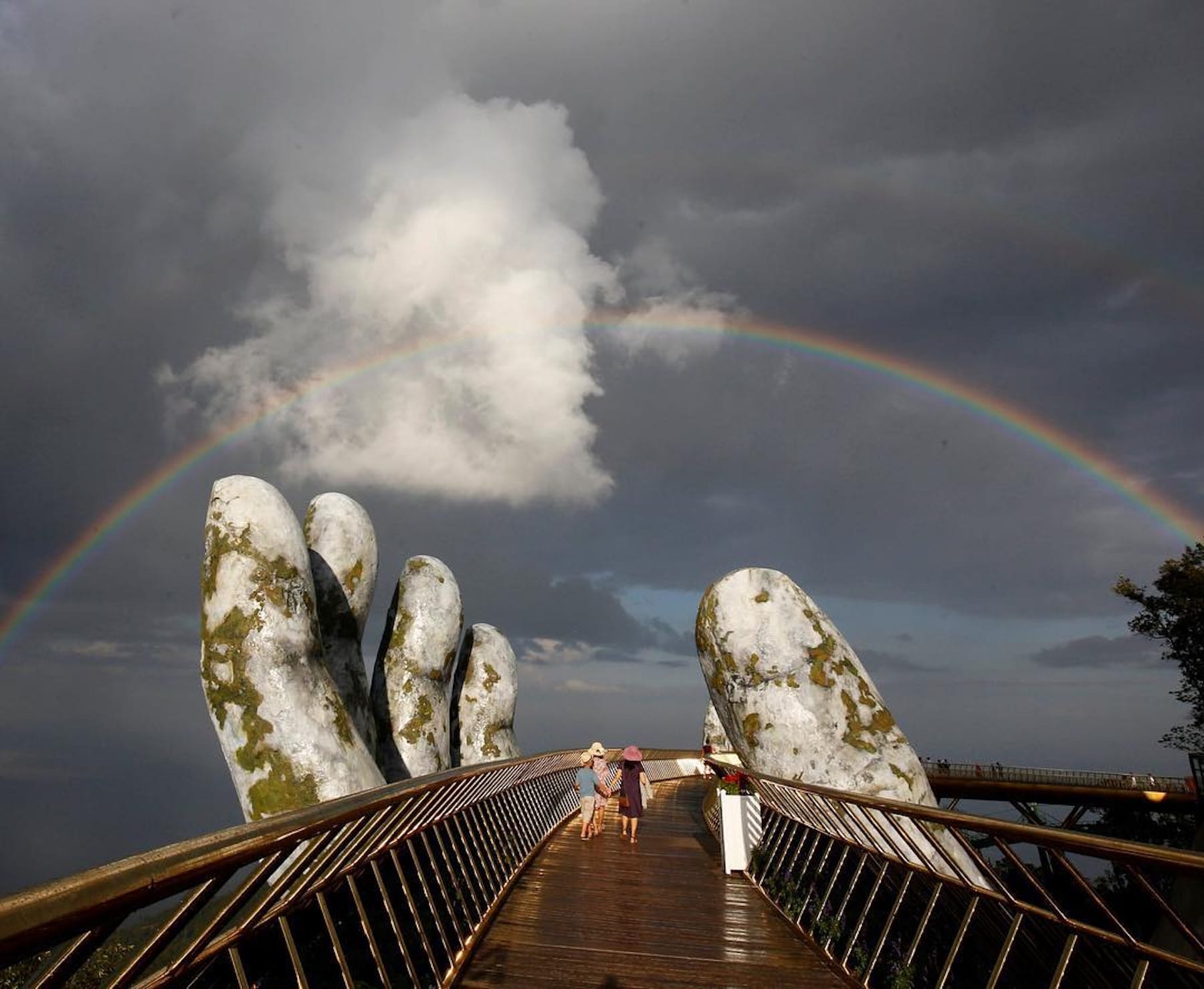 Also known as Cau Vang, the Golden Bridge is located in Da Nang’s Ba Na Hills and recently opened only in June. Perched along a cliff edge over 1,000m above the valley below, it’s about 150m long, and supported by 2 majestic stone-coloured hands modelled to look like the “giant hands of gods, pulling a strip of gold out of the land”. Walking along it gives you the feeling of walking amongst clouds, with its foggy surroundings and magical view of the Ba Na mountain! 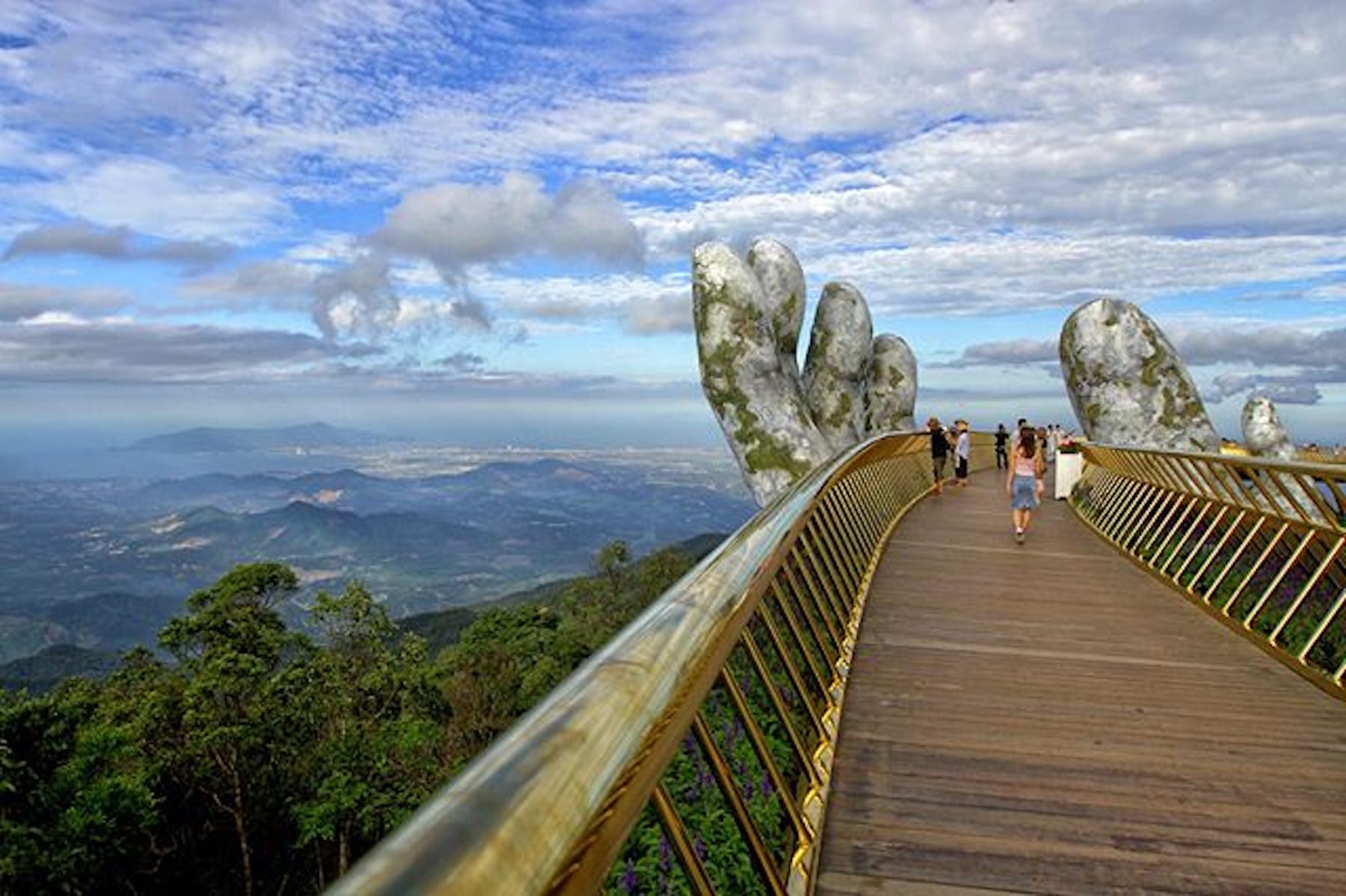 Apparently, an equally breathtaking silver bridge designed to look like “a strand of a god’s hair” will be built in the future to connect to this Golden Bridge, but until then, this creation will be the highlight of every trip itinerary to Da Nang!
Plus, with Da Nang being the 4th largest city in Vietnam and known for its good mix of historical pagodas, beautiful French colonial buildings, and pristine beaches, it already sounds like an amazing weekend getaway.