Milk tea is undoubtedly one of Singaporean’s favourite beverages, and it can be found in almost every corner of Singapore.

With all this leisure time I have on my hands, I decided to conduct a blind taste test to find out if I would be able tell the difference between a $0.16 instant milk tea mix and a premium priced, $5.50 brewed milk tea!

To ensure this taste test is fair and unbiased, I’ve set up the experiment as such:

I’ve ranked the milk tea from least to best tasting and I promise that you will be surprised to see which milk tea has secured the top spot!

This multinational coffee chain from Seattle, USA, has been one of the most popular go-to places for a quick caffeine-fix since their founding in 1977. Starbucks utilizes a wide range of full-leaf teas to suit the likes of individuals, from light and invigorating to bold and energizing.

I normally would only order coffee from Starbucks because of their seasonal flavours and creative spin to ordinary expressos. Therefore I was expecting to taste some equally delicious Starbucks milk tea. However, I was disappointed with how thin and underwhelming the tea aroma was. On top of that, the milk flavour was faint so it didn’t add any creamy texture to the tea. I guess I would probably be sticking to their coffee drinks instead.

Our next contestant is from a 5-star hotel along Orchard Road. Regent Hotel’s house cafe, Dolcetto by Basilico, serves Italian pastries, bread and also high-grade coffee and tea. It is the most expensive milk tea in this taste test, probably due to the use of high quality tea leaves from Gryphon Tea Company.

I’m usually put off by the prices of hotel teas but have always been curious about how luxurious milk tea would taste like. When I was presented with this cup of tea, I was welcomed by a rich tea aroma and I could tell that this tea was of a different calibre. The first sip was pleasant with a subtle tannic aftertaste. Unfortunately, the thickness of the milk gradually made the tea unpleasantly cloying for my liking, thus I’d rank this milk tea at a lower tier.

Kopitiam is one of the most popular places to get a piping hot cup of kopi or teh among Singaporeans because you can find them in almost every corner of the country. I usually patronise kopitiam more than other F&B establishments due to their economical prices and the fact that it is very catered to a local palette.

I caught a whiff of familiarity when I held up this cup, and I could recognise almost immediately that this could very well be from the local kopitiams. It was well-brewed which gave a concentrated tea fragrance. But what gave it away was the rich creamy texture contributed by the use of evaporated milk, giving it the unique “gao”(concentrated) taste that most Singaporean love. However, Kopitiam’s beverage standards can be inconsistent. Since Kopitiam operates on a shift-work basis, the taste really depends on the auntie/uncle brewing your teh!

Next up, we have Mr Tea’s 3-in-1 instant milk tea mix! This brand of instant milk tea has been around for decades, and they were awarded the Grand Gold certification at the 1998 Monde Selection, a non-competitive ceremony that certifies quality of consumer products. Keep a lookout at the powdered drinks section of FairPrice supermarkets and you would easily find Mr Tea’s Instant Milk Tea Mix.

Prior to the taste test, I had slight reservations about the instant milk tea mix, expecting to get an oddly artificial taste like other powdered drinks. However, it surprisingly exceeded our expectations, making it a worthy contender. This cup of tea had a slight bitter aftertaste, which is reminiscent of how brewed teas would taste, so I was definitely caught by surprise when I found out that this was the instant milk tea mix. Honestly, it wasn’t a familiar taste because I usually prefer adding evaporated milk to my tea, but this was rather pleasant and actually reminded me of the milk teas that you would have in Hong Kong. Overall, the tea intensity is well-balanced and I personally love the “old-school” flavour.

Ya Kun Kaya Toast, an iconic local breakfast establishment that was founded in 1944, pride themselves on traditional brewing methods for their kopi and teh. The chain has over fifty outlets, spanning across 6 countries!

I think we can safely understand why this has been the go-to brand for many. Their teas are economical and fairly consistent, even amongst the different branches. On top of that, the use of traditional brewing methods brings out the flavours in the tea leaves. From the first sip, I could taste the intense tea fragrance. The use of evaporated milk was a good complement that really gave the milk tea a fuller, creamier texture. It has the familiar taste that most of us fell in love with, just like their kaya toasts.

Judging by tea aroma, sweetness, milk quality and the overall taste, this is my ranking:
1) Ya Kun – winner

The results definitely came as a surprise as we were expecting the premium options to be the winner. However, I realised that a good cup of milk tea doesn’t solely depend on the quality of tea leaves; the other components like the quality of milk and consistency also plays an important role. I do, however, understand that everyone has different palettes and likewise, our reviews are also based on my personal preferences and how we like our milk teas.

However after considering all additional factors aside from taste, I’ve established another ranking.

This ranking factors in affordability, accessibility and convenience. And whether there will be a repeat purchase from me as a consumer.

For what is worth, we cannot deny how economical and accessible instant milk teas are. For only S$4.80, you can enjoy a cup of pretty good milk tea every day for almost a month. As an avid milk tea drinker, I found the taste of Mr Tea to be comparable to a cup of brewed tea. Without the sense of sight, it really exposed the fact that maybe we have preconceived notions about quality of taste when served in a packet. 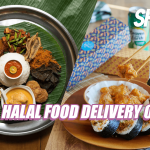 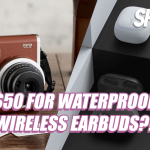