While it may not be the fastest mode of transport, long train rides can be equal parts exciting and rewarding. Stopovers at small towns en route to your destination can have you unearthing the unexpected, and train travel around SEA will also take you on scenic routes that would otherwise be impossible to access via bus or plane. 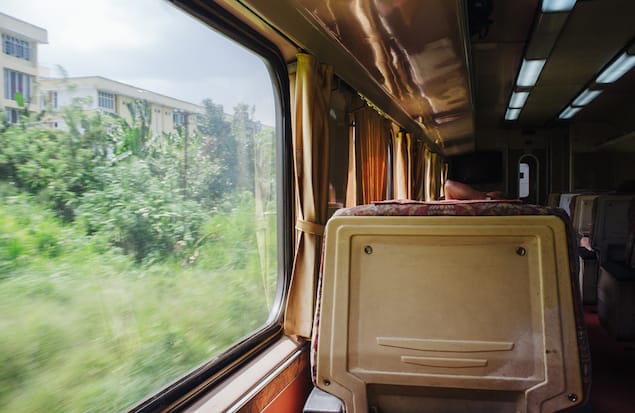 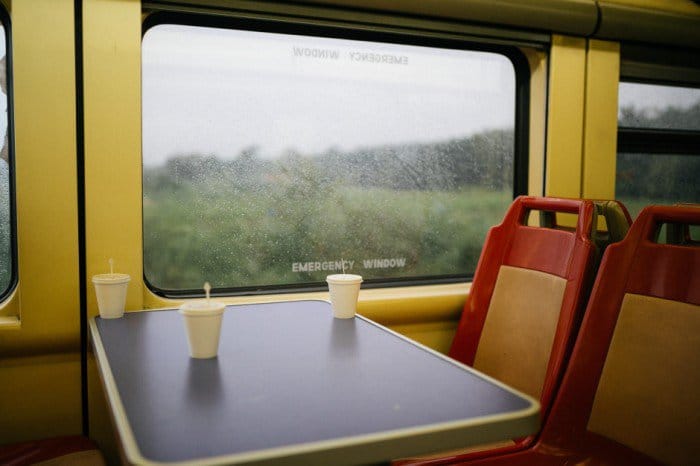 From cultural melting pots like Penang and Siem Reap to glitzy cities the likes of Bangkok and KL, these are just some of many popular SEA holiday destinations accessible by rail from Singapore. Free yourself from the confines of a time schedule – spend time engaging in hearty conversations while taking in the majestic scenery on your epic train journey. With most trains offering sleeper cabins (at insanely economical prices), traveling by rail has never been more comfortable.
1. Singapore to Kuala Lumpur 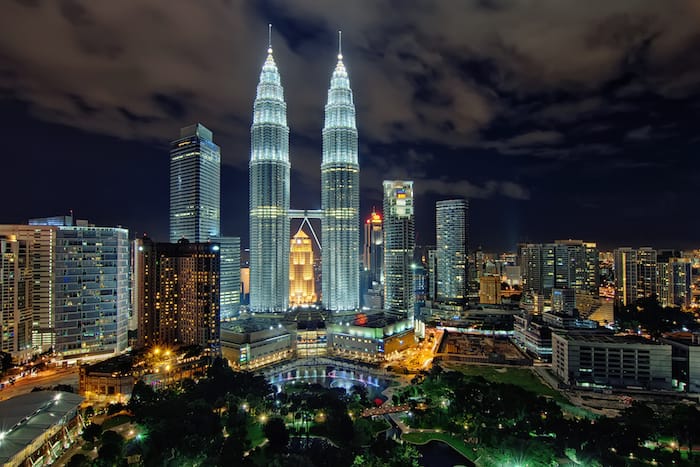 With its towering skyscrapers, mega malls and great hawker fare, this metropolis in Malaysia is bustling with activities. One of the easiest way to get to KL is via train. The overnight 2nd class sleeper train is highly recommended, which leaves Woodlands around midnight and arrives in the city by sunrise.

How to get to KL: Take the KTMB train from Woodlands to KL Sentral ($40-45) via Train 4 SENANDUNG SUTERA. This journey takes 7 hours.
Estimated travel time: 7 hours
Estimated cost: S$40-45 (one way)
Tickets here
2. Singapore to Ipoh

Ipoh, the capital city of Perak, is ideal for outdoor enthusiasts. Go white water rafting in Kampar River, explore cave temples and get your adrenaline fix at Lost World of Tambun, a water theme park that also has hot springs and a petting zoo. Reward yourself with the famous Ipoh Hor Fun and Ipoh white coffee after an adventure-filled day.
How to get to Ipoh: Take the shuttle train from Woodlands to JB Sentral ($5), and hop on the second shuttle train from JB to Gemas ($7). The trip to Gemas will take 4 hours. At Gemas, take the new high-speed Electric Train Service ($20) that will reach Ipoh in 5 hours.
Estimated travel time: 10 hours
Estimated cost: S$33 (one way)
Tickets here
3. Singapore to Penang

Penang is a cultural and culinary heaven in a city. Hunt down all the iconic street murals in George Town, indulge in their famous street food (Penang laksa and char kway teow anyone?) and fill your Instagram feed with aesthetic snaps of Penang’s many cafes. Come nightfall, choose from one of many indie bars or chain pubs at Straits Quay – the Penang equivalent of Clarke Quay – to chill over drinks at.
How to get to Penang: Take the shuttle train from Woodlands to JB Sentral ($5), and hop on the second shuttle train from JB to Gemas ($7). The trip to Gemas will take 4 hours. At Gemas, take the new high-speed Electric Train Service to Butterworth ($27.50) for 13 hours. Upon arriving at Butterworth, you can then catch a 15-min ferry ride ($0.40) to George Town on Penang Island.
Estimated travel time: 18 hours
Estimated cost: S$40 (one way)
Tickets here
4. Singapore to Bangkok 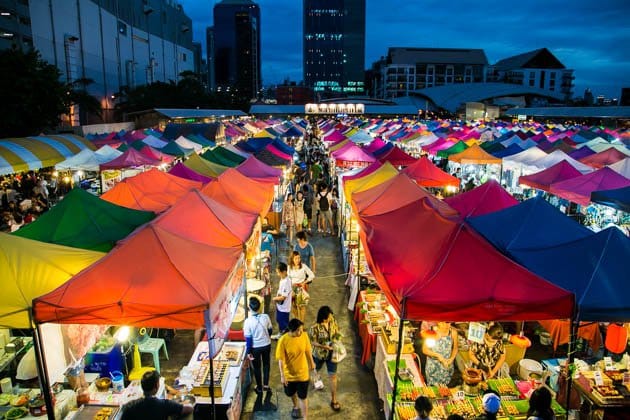 A world-famous shopping hub and street food paradise all in one, the vibrant capital city of Thailand has always been a top travel destination among Singaporeans. It is a mere 3 hours by plane, but if you have the luxury of time and an adventurous spirit, why not make the journey by train?
How to get to Bangkok: Take the shuttle train from Woodlands to JB Sentral ($5), and hop on the second shuttle train from JB to Gemas ($7). At Gemas, take the ETS via Train 9204 ($34) to reach Padang Besar, the border of Thailand in 10 hours. The final overnight journey to Bangkok’s Hua Lamphong station ($35-38) will take 17 hours. Note that this train departs once daily at 14:55, so do plan your trip such that you won’t miss the only train of the day!
Estimated travel time: 32 hours
Estimated cost: S$81-84 (one way)
Tickets here and here
5. Singapore to Chiang Mai

If you have already survived the epic train ride to Bangkok, make the most of your stay in Thailand and journey farther to Chiang Mai – a land of mountains, majestic temples and vibrant hill tribes in northern Thailand. The scenery on the last leg of the trip (into the mountains approaching Chiang Mai) is particularly stunning. Catch the sunrise from the train before you disembark for another adventure.
How to get to Chiang Mai (via Bangkok): From Hua Lamphong station in Bangkok, jump on a direct overnight sleeper train to Chiang Mai ($30). This journey will take 12 hours.
Estimated travel time: 44 hours
Estimated cost: S$111-114 (one way)
Tickets here
6. Singapore to Siem Reap/Phnom Penh

Cambodia – namely Siem Reap and Phnom Penh – are also accessible via rail from Bangkok. Visit the iconic Angkor Wat in Siem Reap and immerse yourself in the Khmer culture by taking boat trips on the Tonle Sap, visiting the stilted villages and silk farms and exploring the rural Cambodian countryside. A river cruise on the mythical Mekong River is also another unforgettable experience in Phnom Penh.
How to get to Siem Reap (via Bangkok): Take a train from Hua Lamphong station to Aranyaprathet by train ($2). No online reservation is needed, tickets can be purchased right before departure and this journey takes 5 hours. At Aranyaprathet, take a 10-minute tuk-tuk ride ($3-4) to the Cambodian border at Poipet. At Poipet, simply walk across the border to Cambodia and take the official free transit bus to Poipet Tourist Passenger International Terminal. At the terminal, jump into a taxi that will get you to Siem Reap ($40) in 3 hours.
Estimated travel time: 40 hours
Estimated cost: S$127-130 (one way)
more information here
How to get to Phnom Penh (via Siem Reap): Once you’re ready to move on to Phnom Penh, there are two options to get there – via speedboat ($35) or bus ($13-15). Both modes of transport take approximately 7 hours. Tickets can be purchased on the day of departure.
Estimated travel time: 47 hours
Estimated cost: S$130-150 (one way)
more information here