Alice in Wonderland is everything and more that our curious minds could ever imagine, with talking animals, fantastical disappearing characters, and outlandish dimensions – and that’s exactly the beauty of the timeless book by Charles Dodgson (also more famously known by his pen-name Lewis Carroll).
Kids and adults alike have loved Alice’s Adventures In Wonderland so much that she’s appeared in countless films, retellings, stop-motion and even CGI. And now you yourself can jump down the rabbit hole into the trippy wonderland of Alice at the latest exhibition in ArtScience Museum. 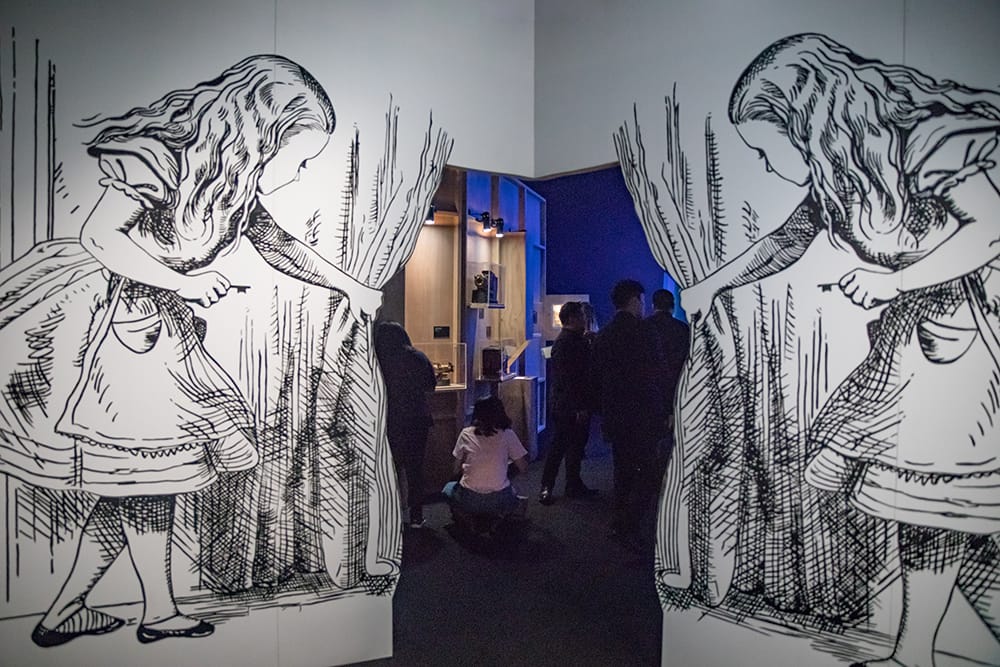 The fabulously whimsical story starts before you even step into the exhibit, which celebrates the novel in all its wondrous mystery. Get ready for original props, immersive experiences, and a journey to find out which character you are from the Alice In Wonderland. 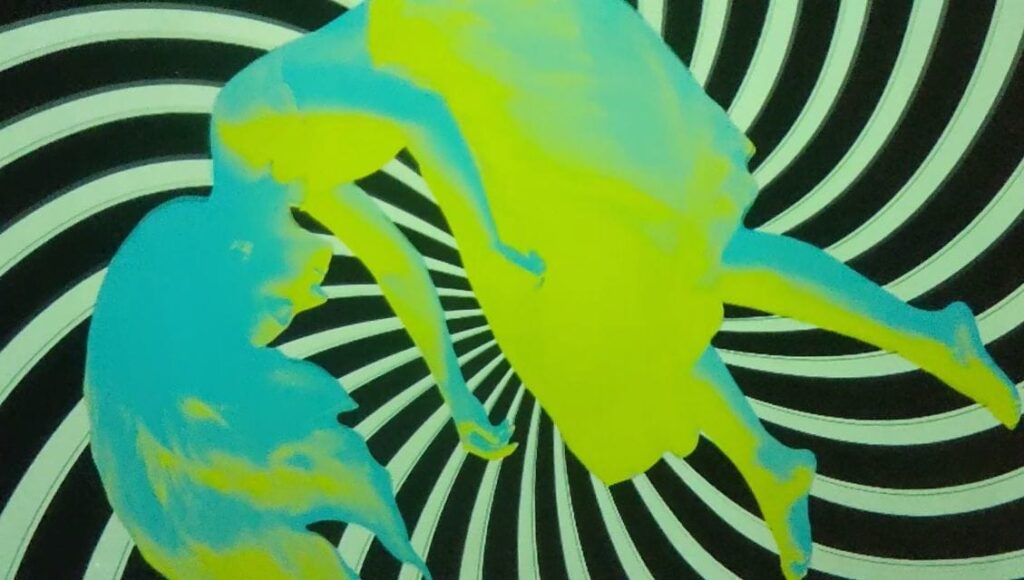 Depending on the character that you choose (are you a foul monarch or a mischievous Cheshire cat?), your journey through the exhibition will be different as you’ll have the choice of 4 different Lost Map Of Wonderland. The exhibition starts off where it truly began: in Lewis Carroll’s study. Explore more about the inspirations about the story before venturing through a tiny door to really start immersing yourself into Wonderland.
The heart of Alice’s Adventures Into Wonderland is curiosity, and that’s what will uncover the most magical wonders. Whenever you see this logo below, place your map face down to activate exclusive content in the form of short clips. Remember how you picked your character before going in? Here’s where the fun starts to set in. 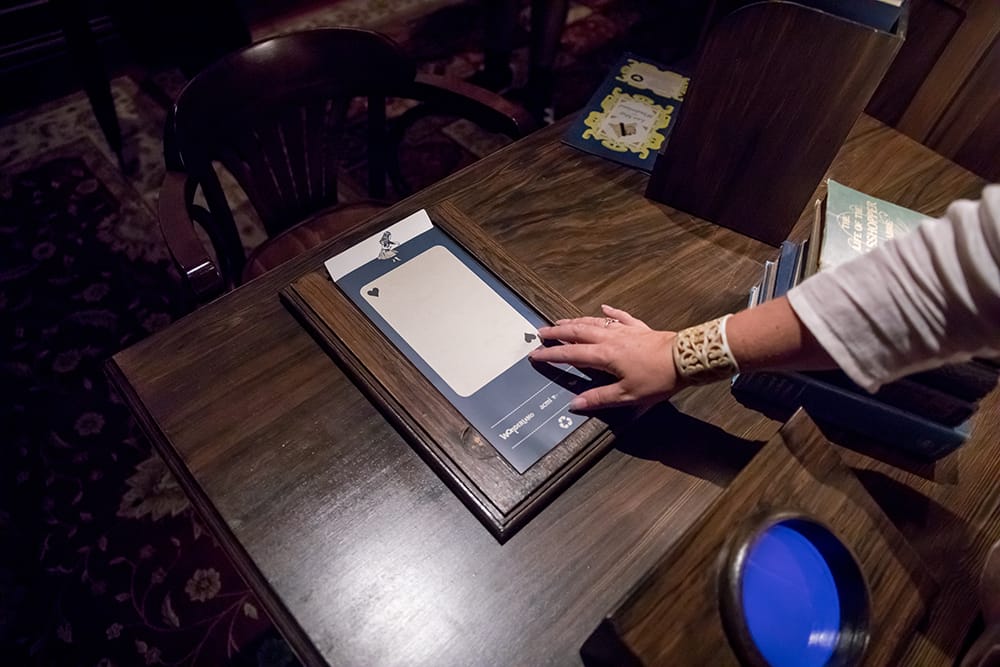 We also recommend not wearing heels and skirts if you’re planning to visit the exhibition because there’s no shrinking potion to make you smaller if you can’t fit in through this door. 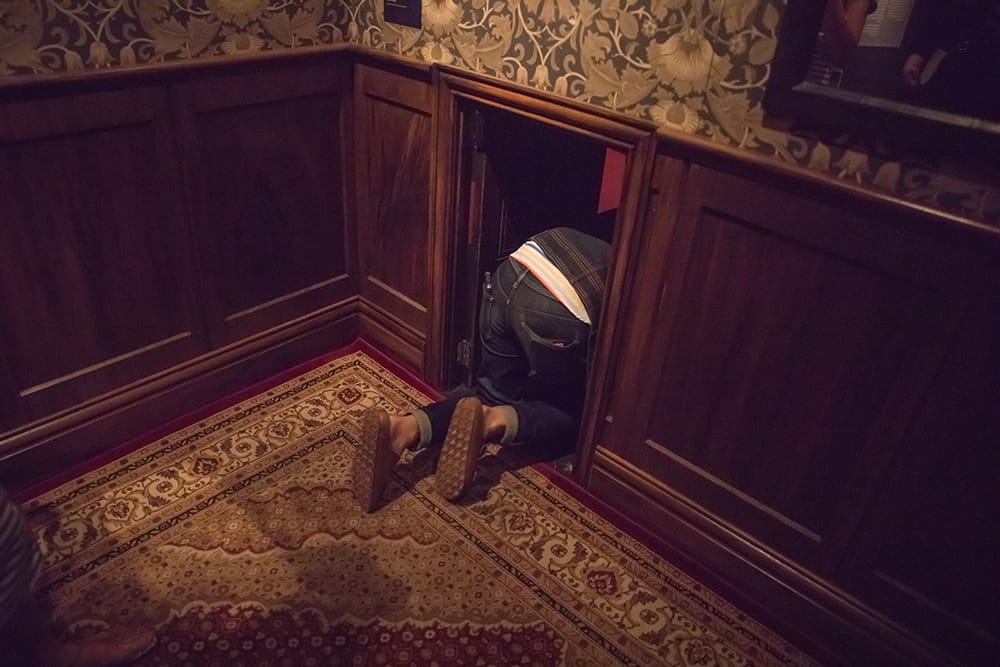 Iconic scenes like the Pool Of Tears are also brought to life in artistic creations. 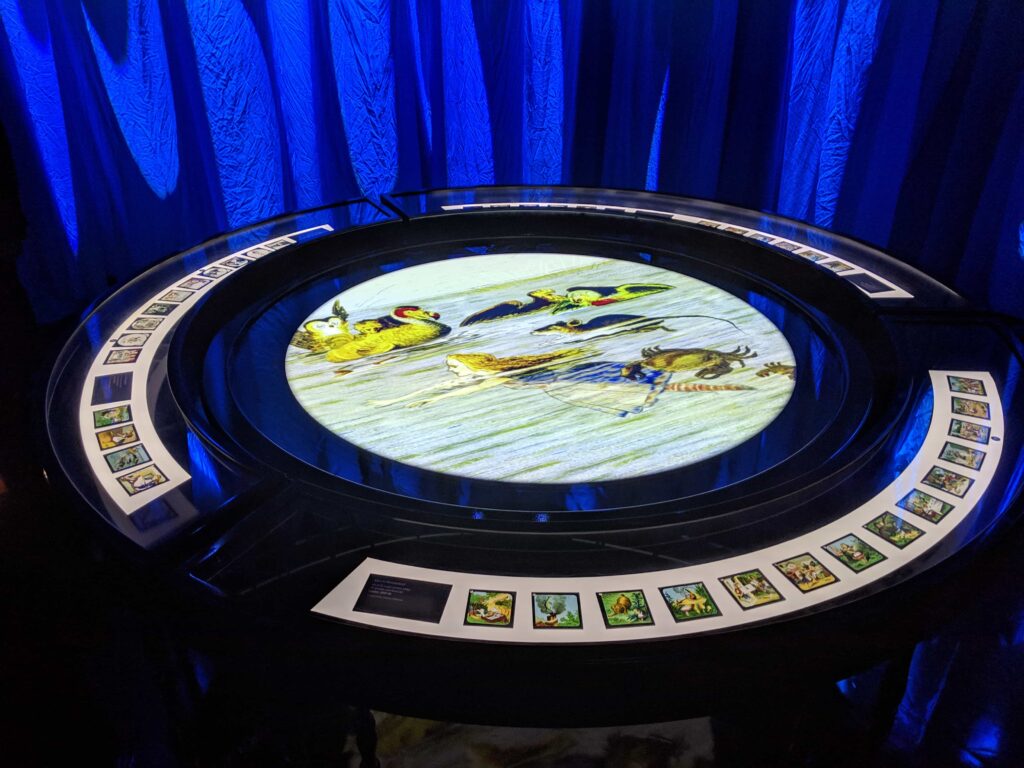 The choices never end in this exhibition, and you’ll be constantly reminded of it as you make your way through. And if you can’t decide left or right, just go with the safe choice in the middle! 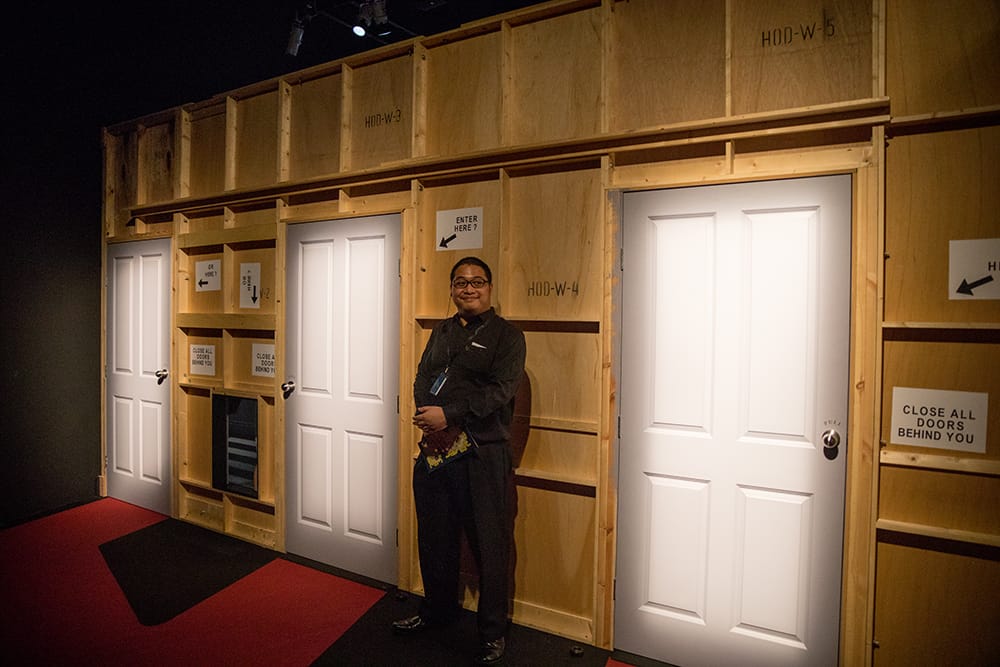 The exhibition is a collection of original artworks of how various artists and filmmakers have portrayed Alice and her adventures. She’s appeared in more than 40 films and 30 TV programmes, and has been the inspiration for countless high fashion collabs, advertising, videos… the possibilities are endless. 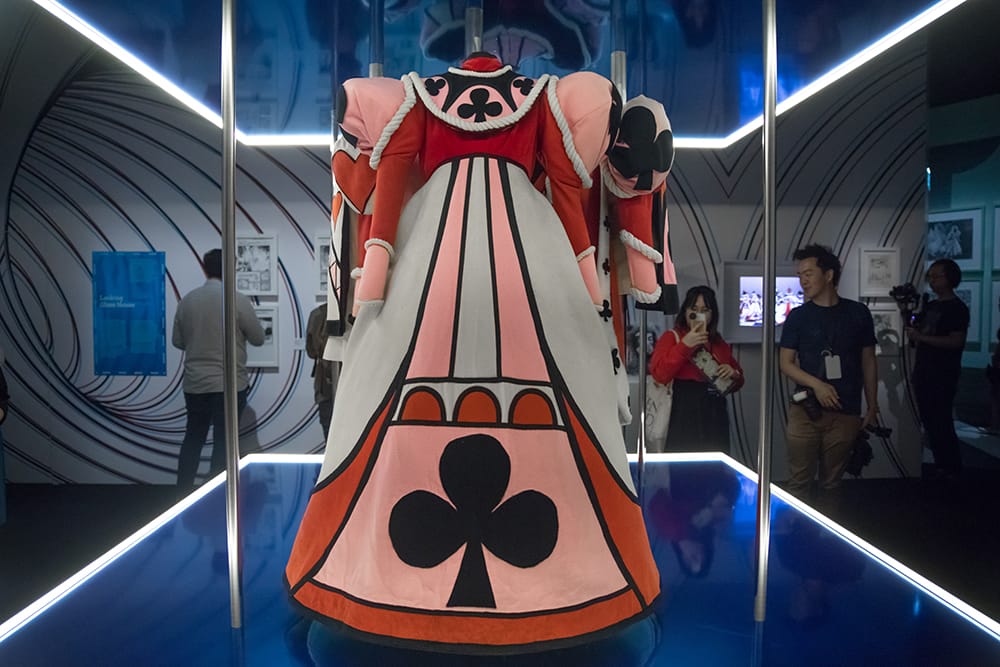 Alice has even crossed boundaries to appear in films in other languages. 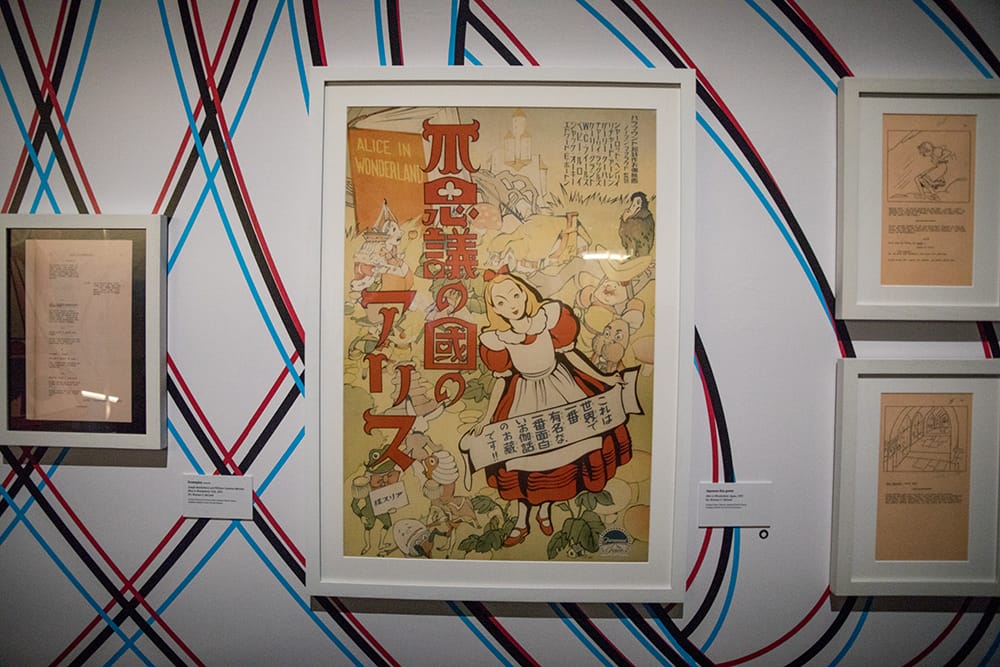 You’ll even see the grotesque side of Wonderland, a caricature of the danger of the unknown. 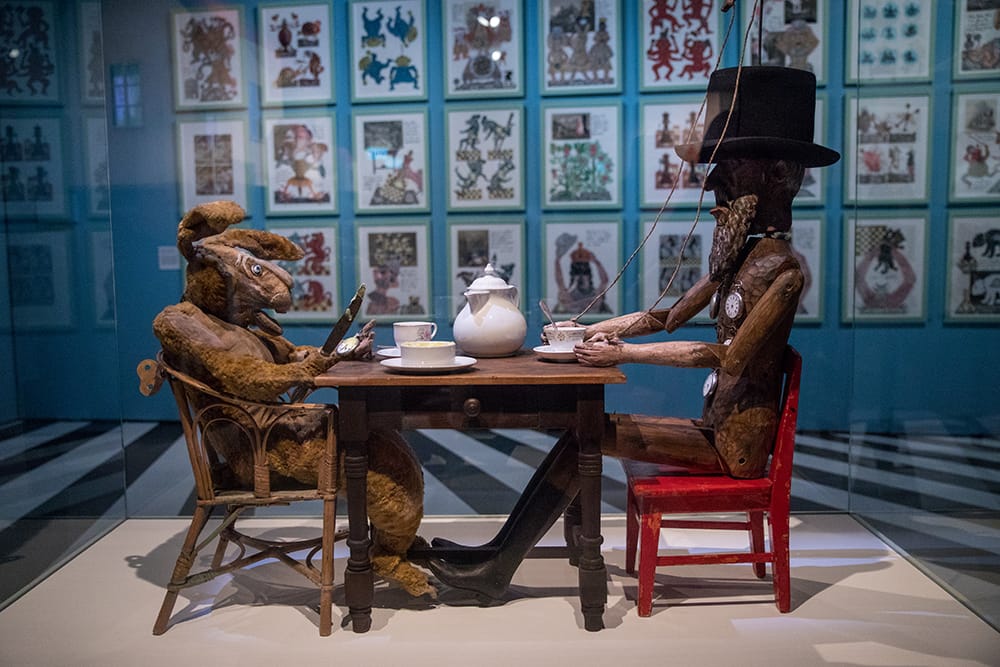 You can’t celebrate Alice’s adventures without a Mad Hatter tea party, whether he’s running late or not. 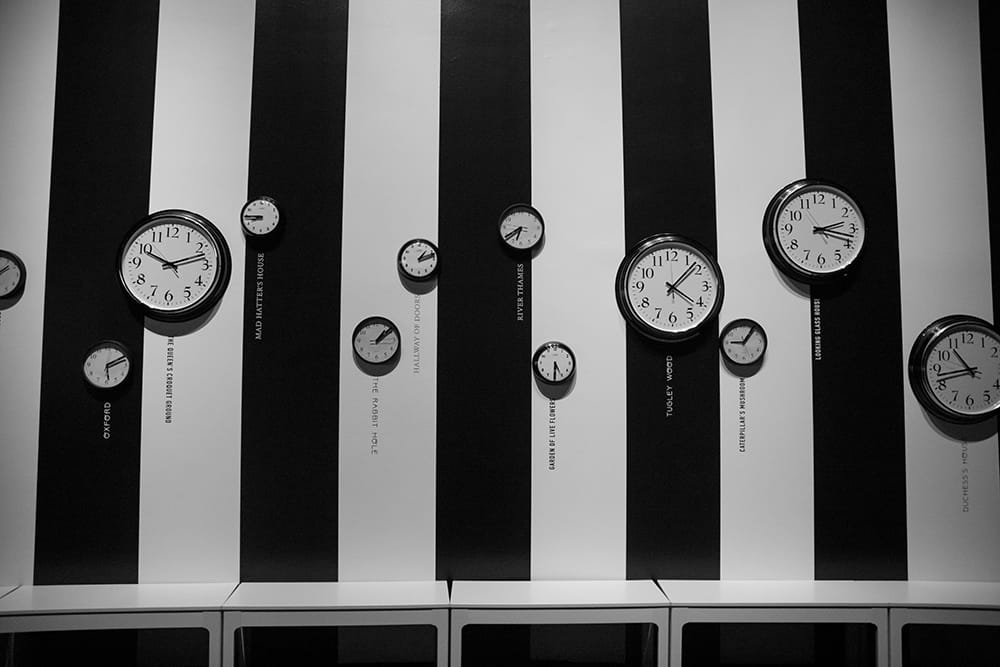 But before that, you’ve got to help paint the roses in The Queen’s Croquet Ground as one of the Queen’s card soldiers. You even get to design your own crest! 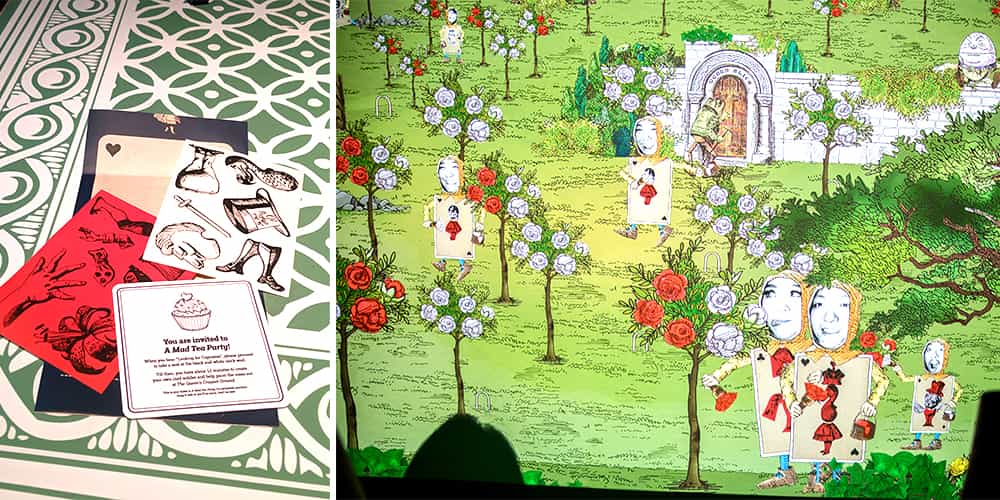 Don’t be late for the tea party, which is brought to life in a trippy 3D light show, complete with a spread of cupcakes and tea. 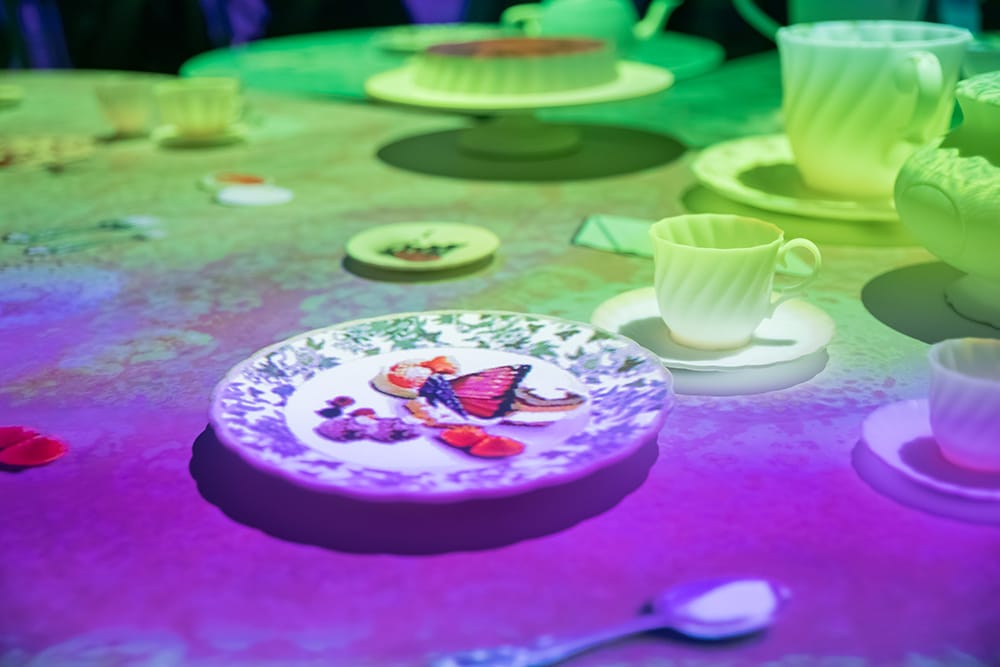 Have you ever wondered what press kits for movies were like? The final exhibition also has an original press kit from Tim Burton’s dark fantasy version of Alice In Wonderland, featuring Johnny Depp and Anne Hathway. Renderings and live figures of key characters will delight fans too.


The entire experience culminates in an montage of 30-odd film versions of Alice In Wonderland over 18 screens that perfectly captures the essence of “everywhereness” of Alice in pop culture. There are scenes from the Matrix, from Gwen Stefani’s oeuvre, and of course the classic Disney version that most of us grew up with.

The exhibition has just started touring after a resounding success at home at the Australian Centre For The Moving Image, with Singapore as the first stop on its world tour. The exhibit will be heading to London after this stop, with more stops around the globe planned. 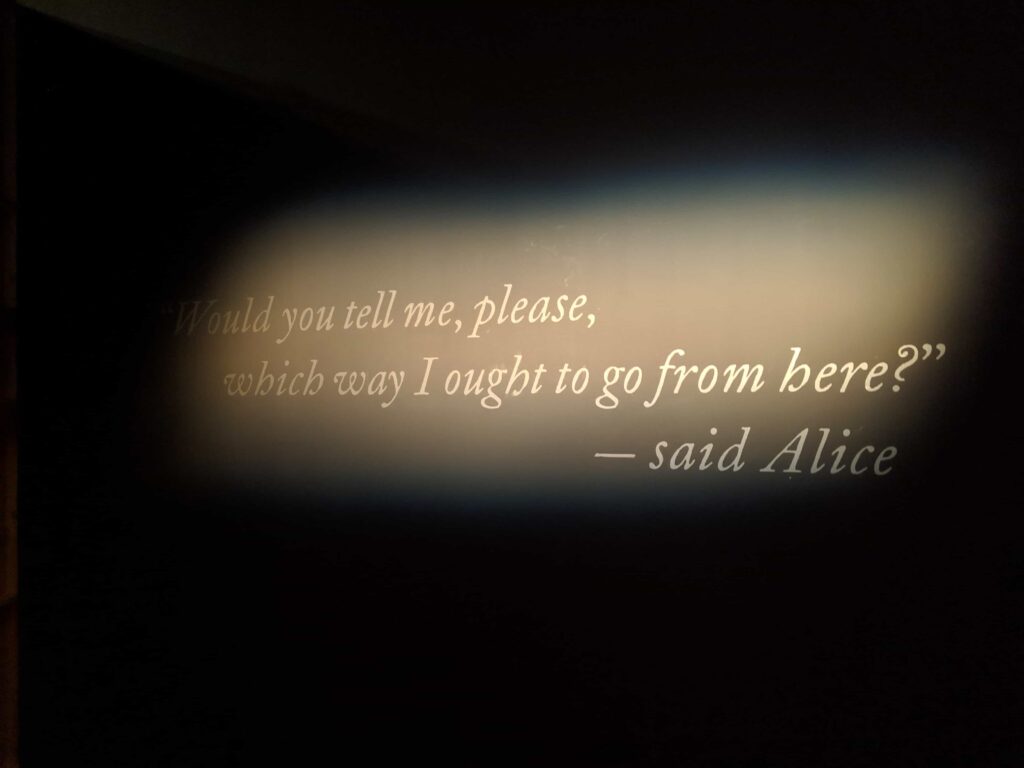 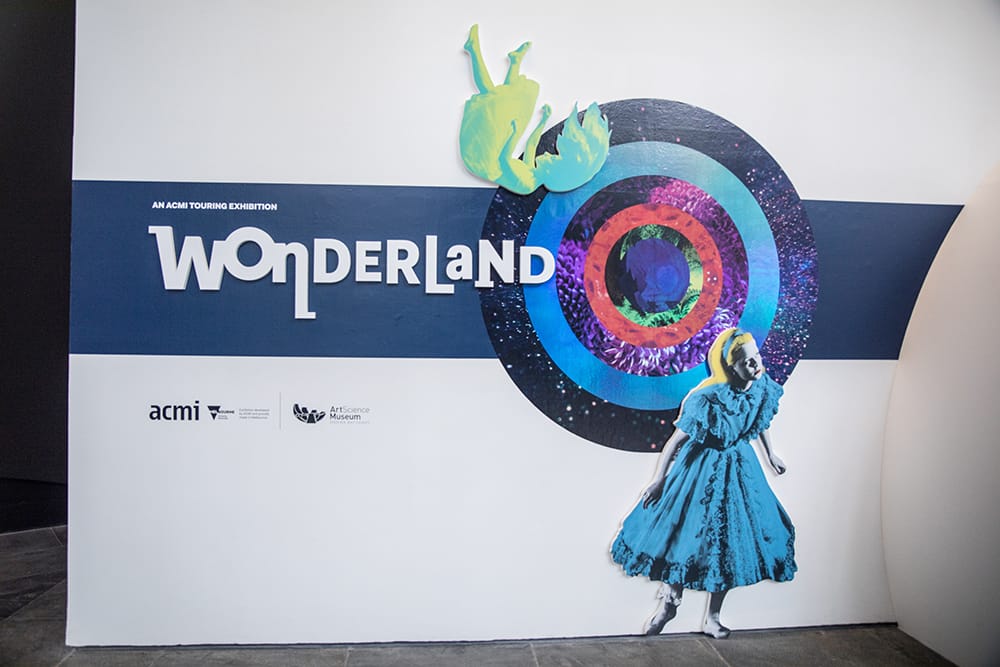 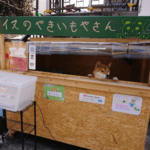 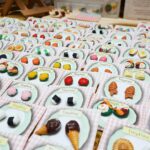