This July, Clarke Quay is reinventing the word “party”. From 4 to 6 July 2019, Clarke Quay’s Fountain Square will turn into an illuminated playground, packed with neon installations (for the ‘gram!), games (think 90s arcade, pong games, and mini golf), more snacks than you can eat in one sitting, and of course, lots of booze.
We’ve compiled the must-trys for the entire event, so that you don’t have to be the one squinting your eyes to find out what’s happening at each booth in the dark. Grab the squad, and party the night away. From themed miniature golf to digital neon beer pong, you’ll get to play to your heart’s content. If that isn’t enough, a selection of 90s arcade games awaits you, too. 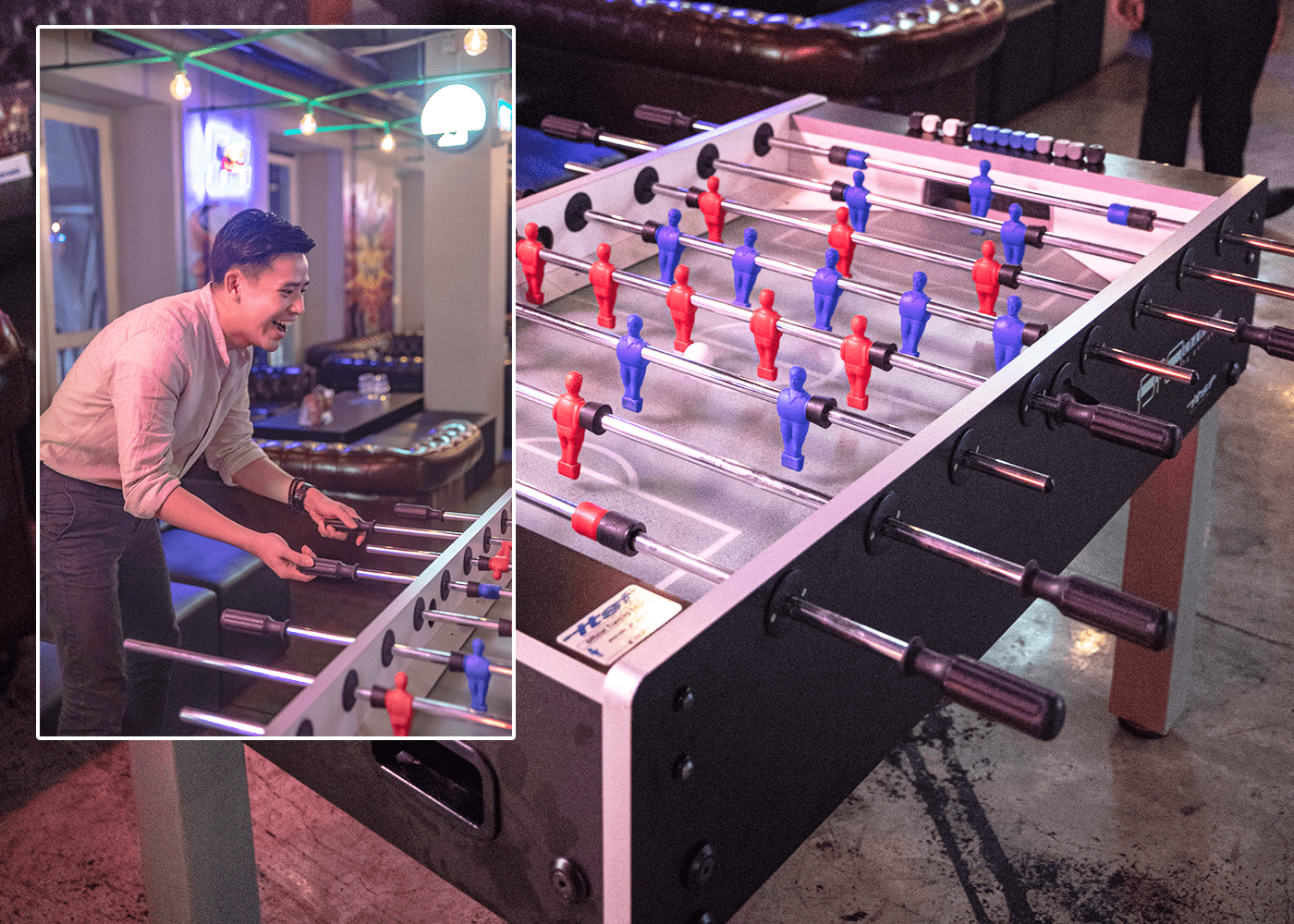 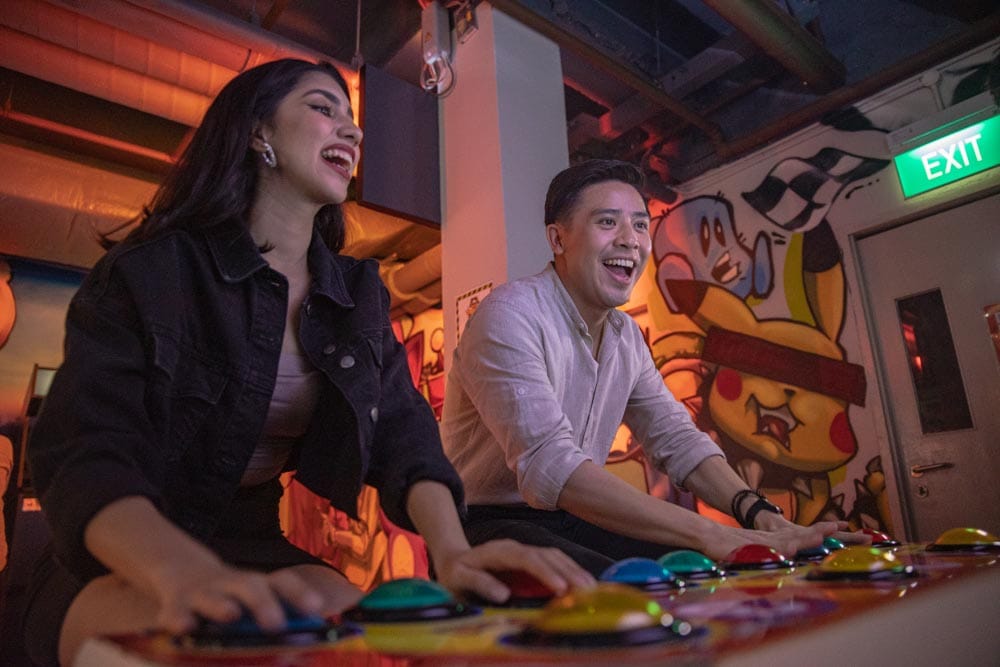 Relieve your stress by smashing buttons to your heart’s content. True to its retro roots, you’ll need a token to play. You get 1 token for every F&B item you buy, but if that’s not enough, tokens are sold at 6 for $5 at Level Up’s booth.
Top Score Challenge: Smashing buttons can be competitive, too. Score the highest points every night in Level Up’s Puzzle Fighter game, and you’ll win $150 worth of Clark Quay dining vouchers. 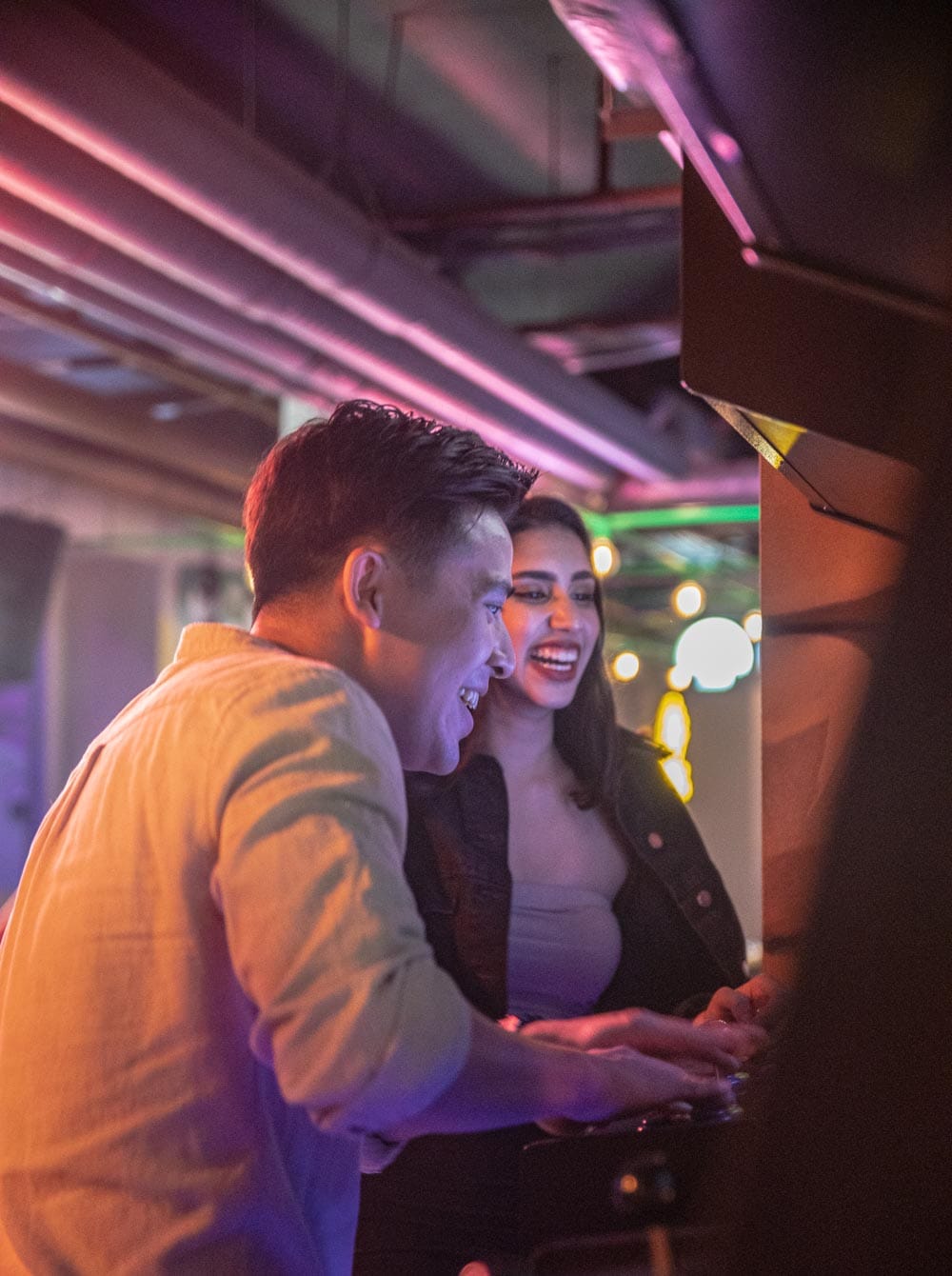 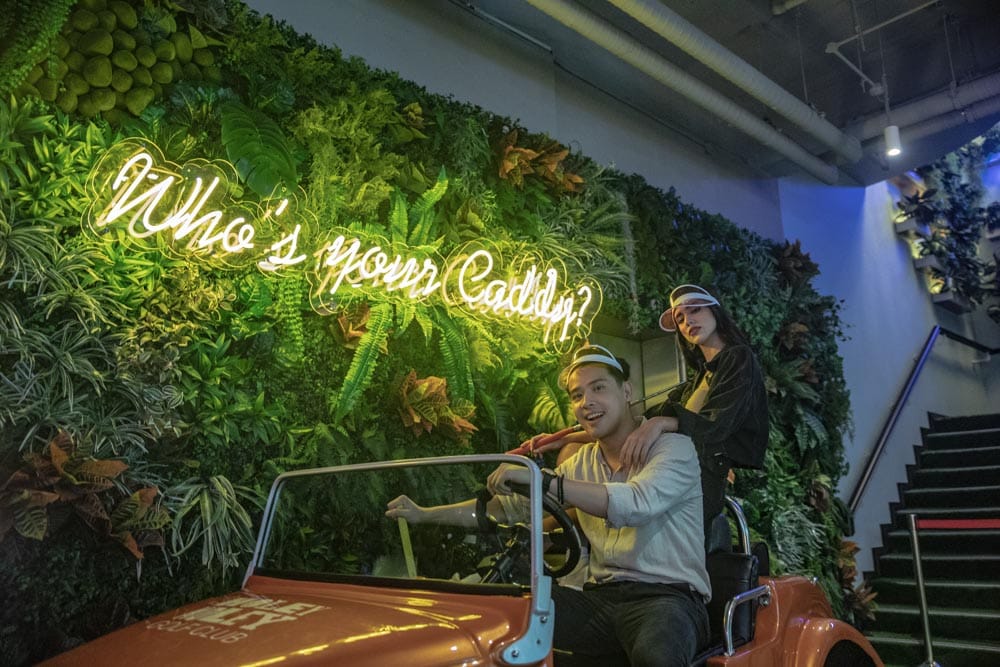 We’ll bet you haven’t seen miniature golf like this, so we’ll let the pictures speak for themselves. Winner lays claim to the Iron Throne. 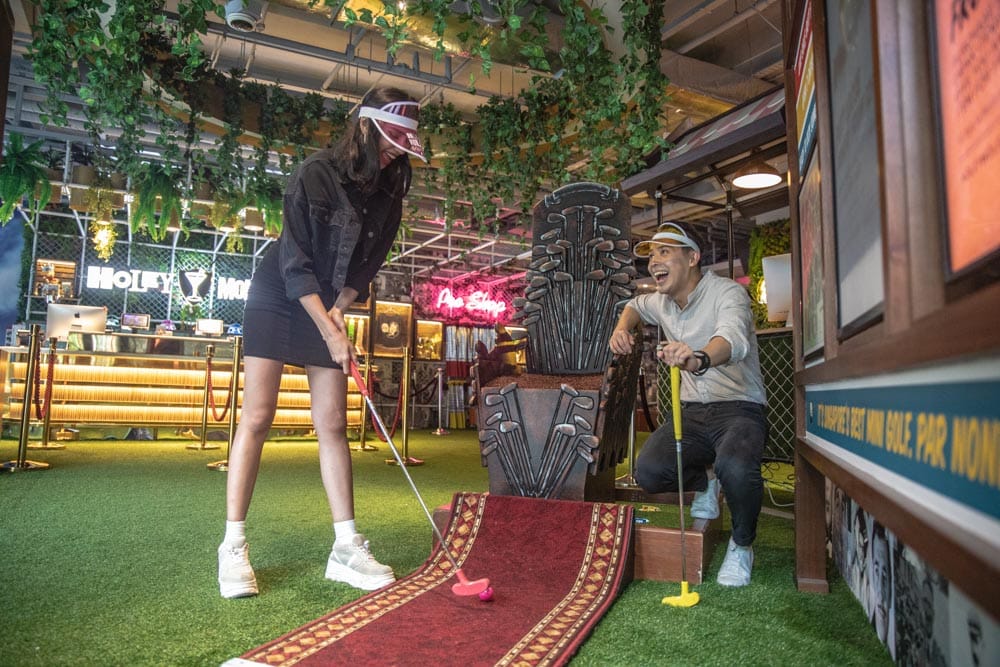 Mini Golf with the Iron Throne 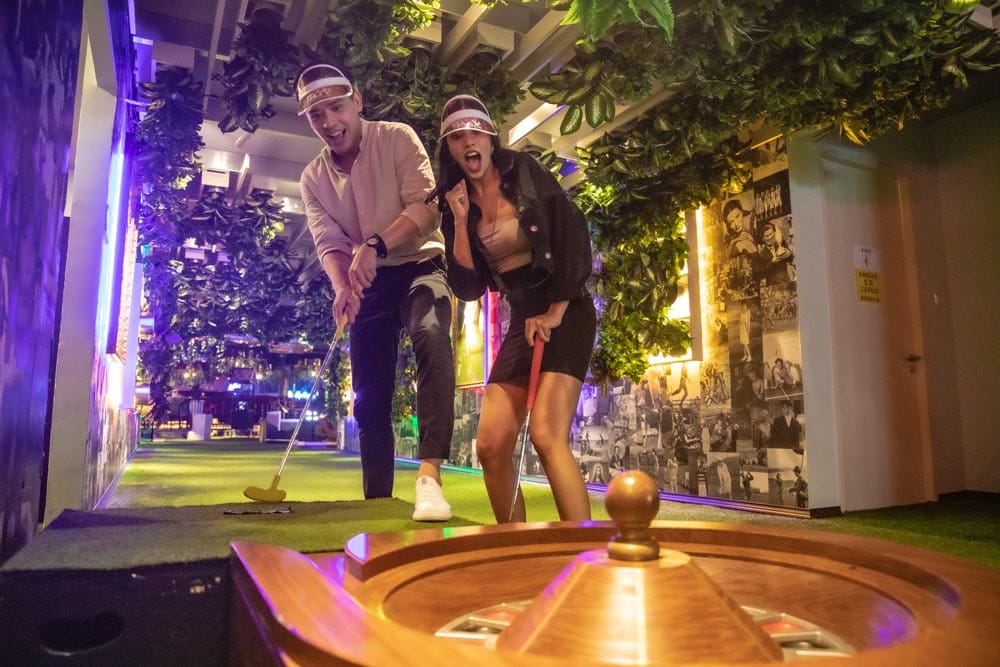 Good news: Play as many times as you like, and stand to win visors, golf and drink passes, redeemable at Holey Moley’s outlet. 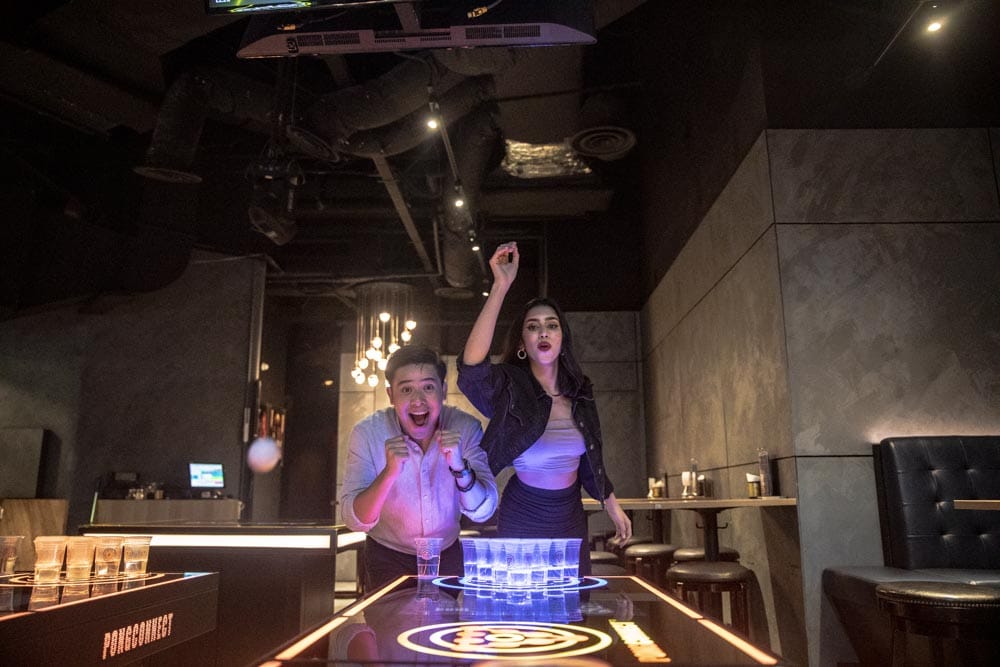 You could just play beer pong, but it isn’t as trippy as digital neon beer pong at PONG Singapore. You just have to share a $20 Carlsberg/Kronenberg beer jug, and get ready for a real party. 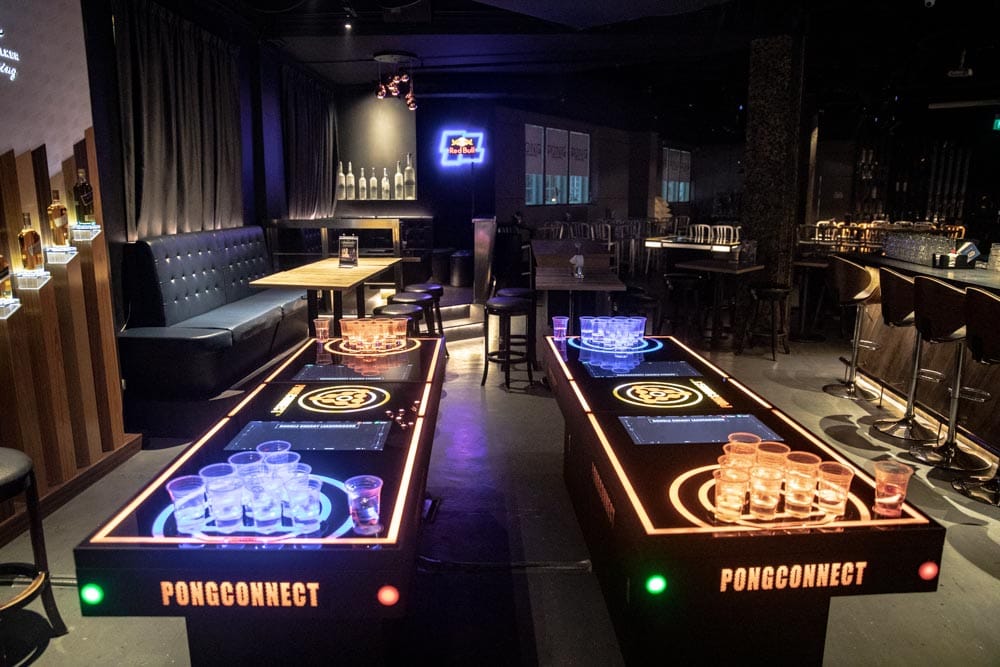 Top Score challenge:
The fastest player to down all 10 cups at the event will stand a chance to win $150 Clarke Quay Dining Vouchers every night. 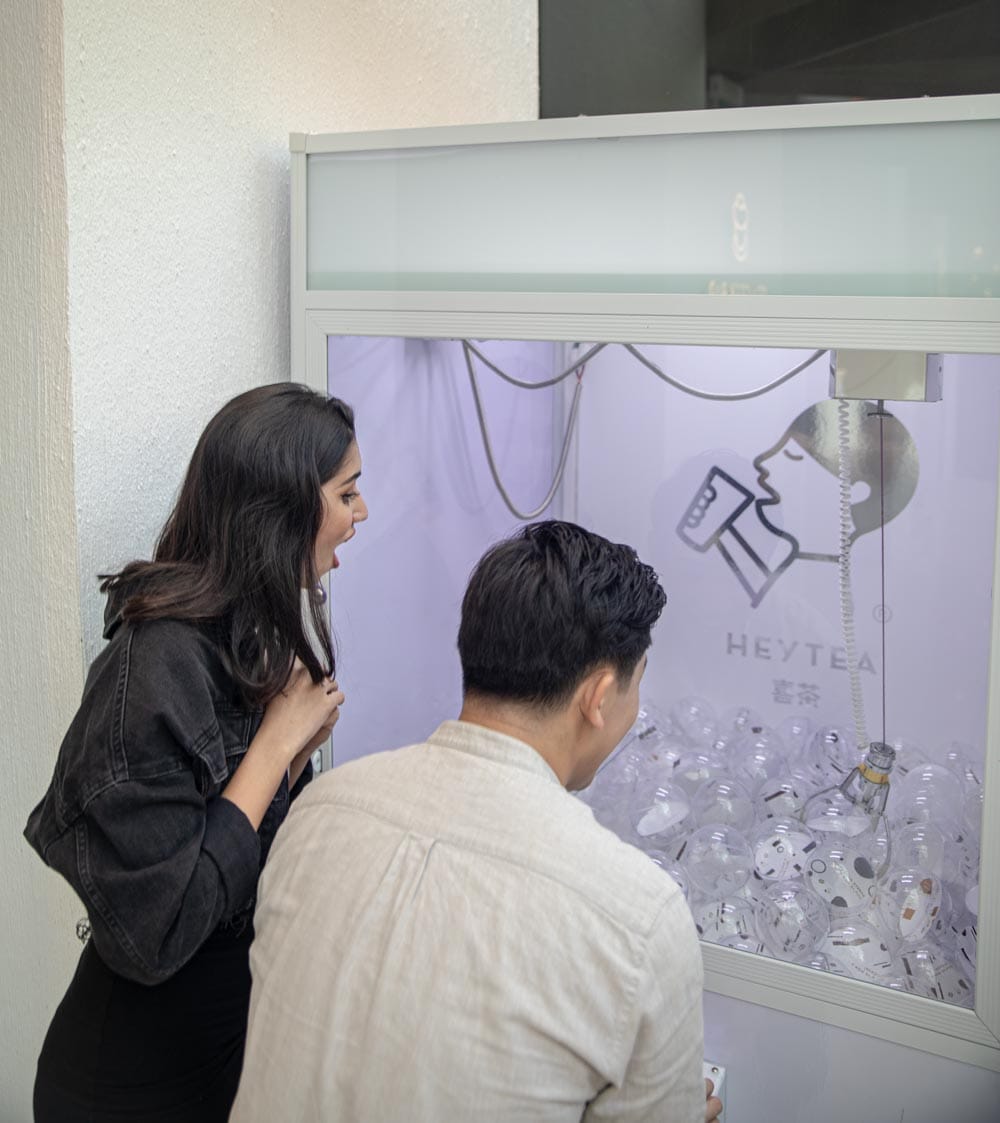 Every 2 drinks lets you get one token to win HEYTEA merch like phone cases, stickers and tote bags, so come with an empty stomach, and sip your tea while you win some merch. 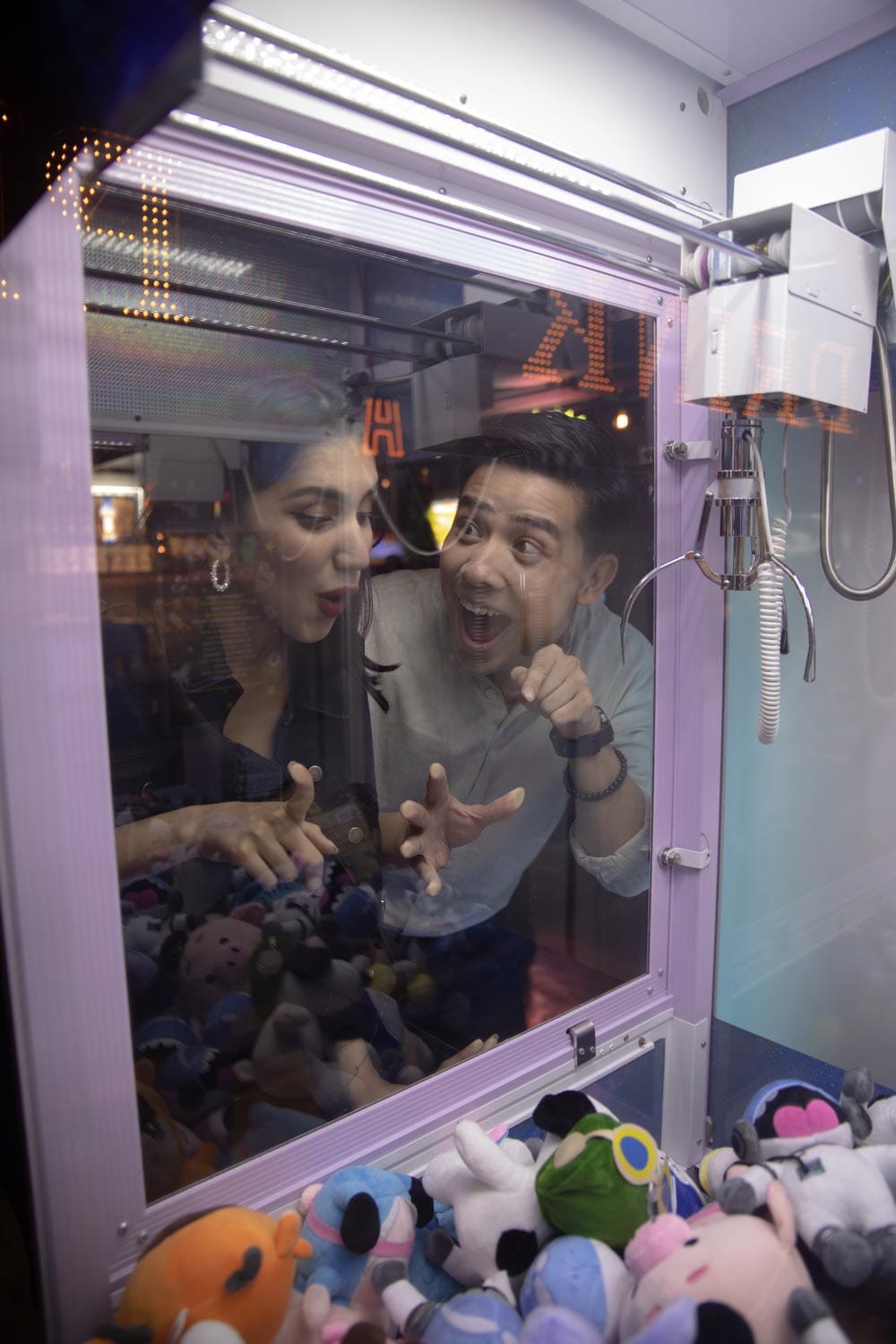 If one claw machine isn’t enough, try your luck to catch Level Up’s exclusive soft toy at their booth! 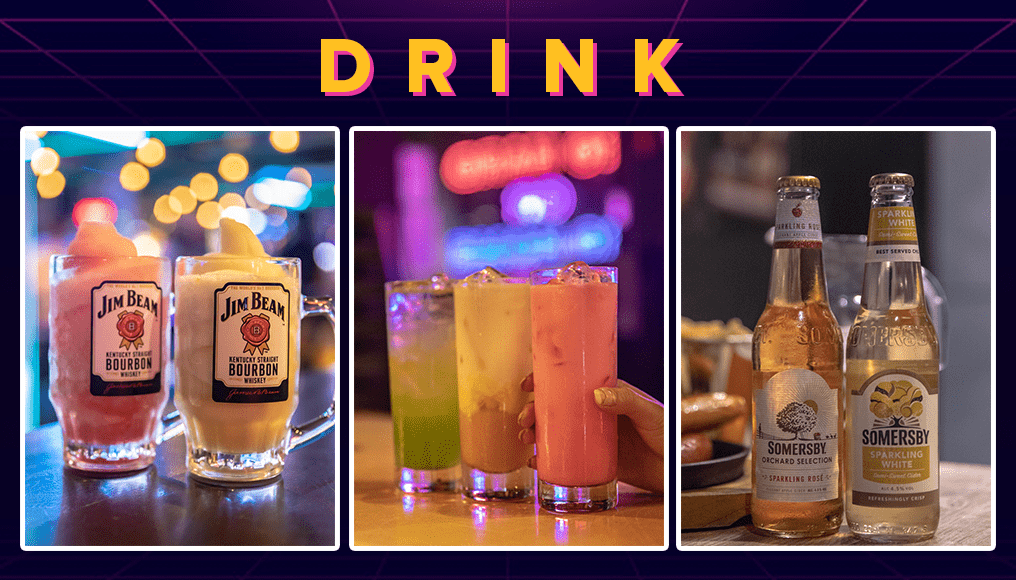 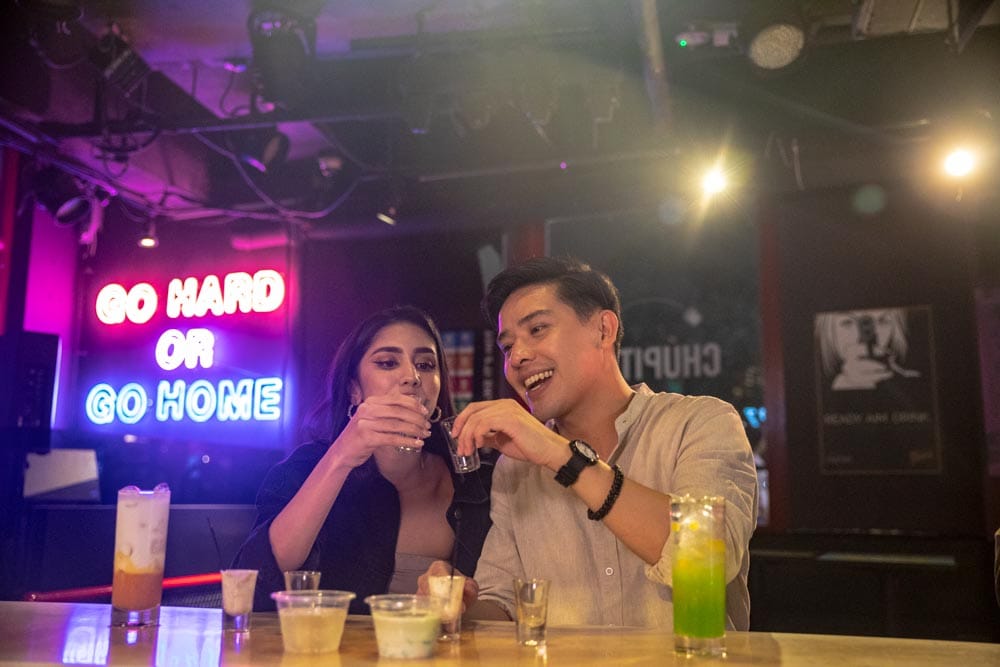 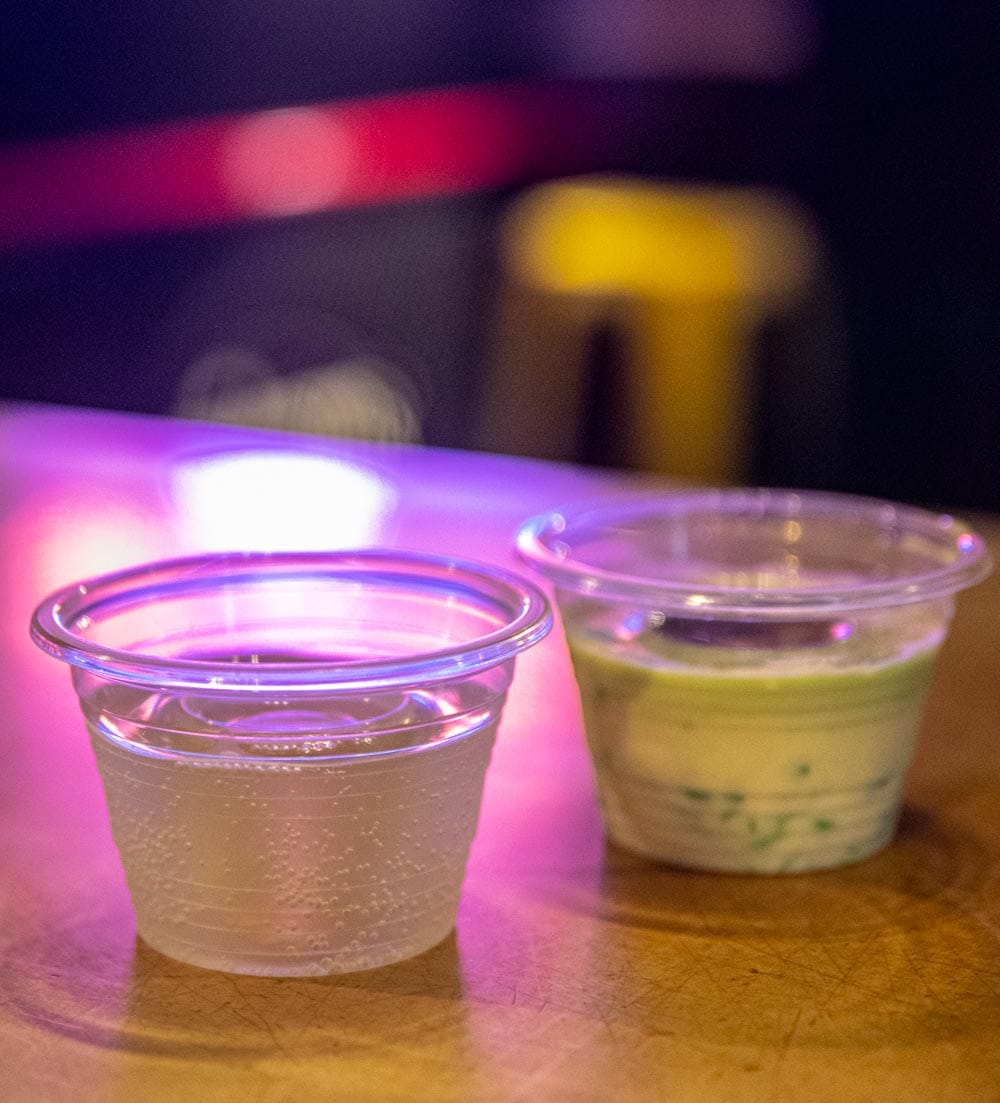 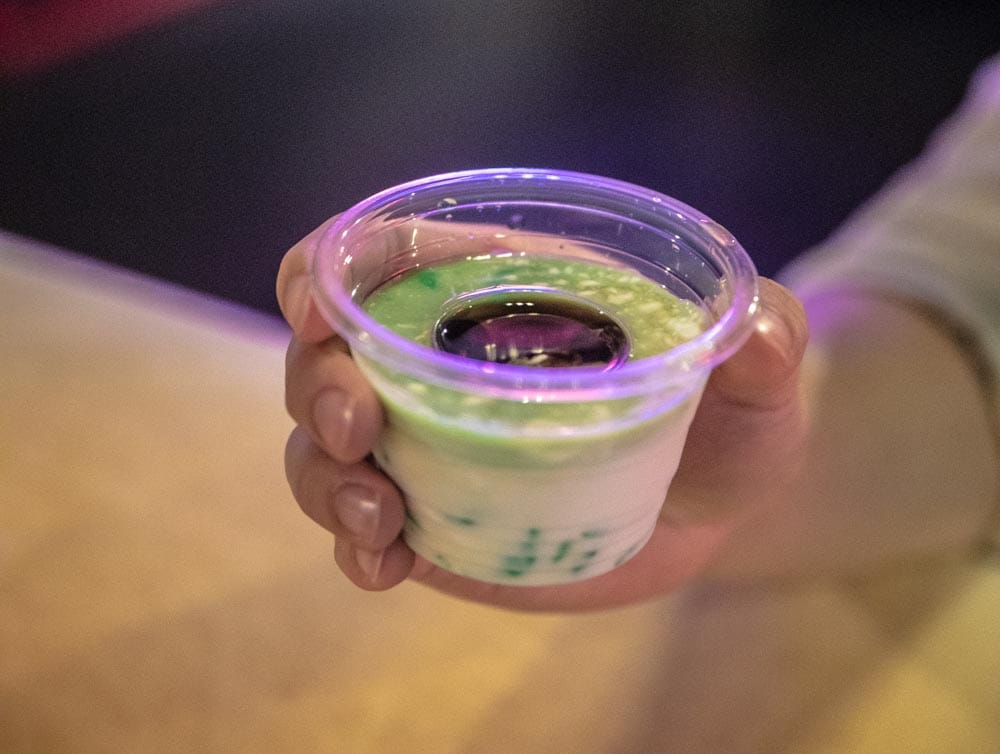 While we’re not promising that this mojito bomb can do such wonders, Chupitos Shots Bar’s modified version of the Mojito Bomb ($12) using Lime Redbull is sure to give you a “one times good one” kick.
If you’re looking for something more local, the event exclusive,Chendol Bomb ($10), reinvents the national favourite dessert into a shot with rum, gula melaka, coconut milk, and the signature green jelly. 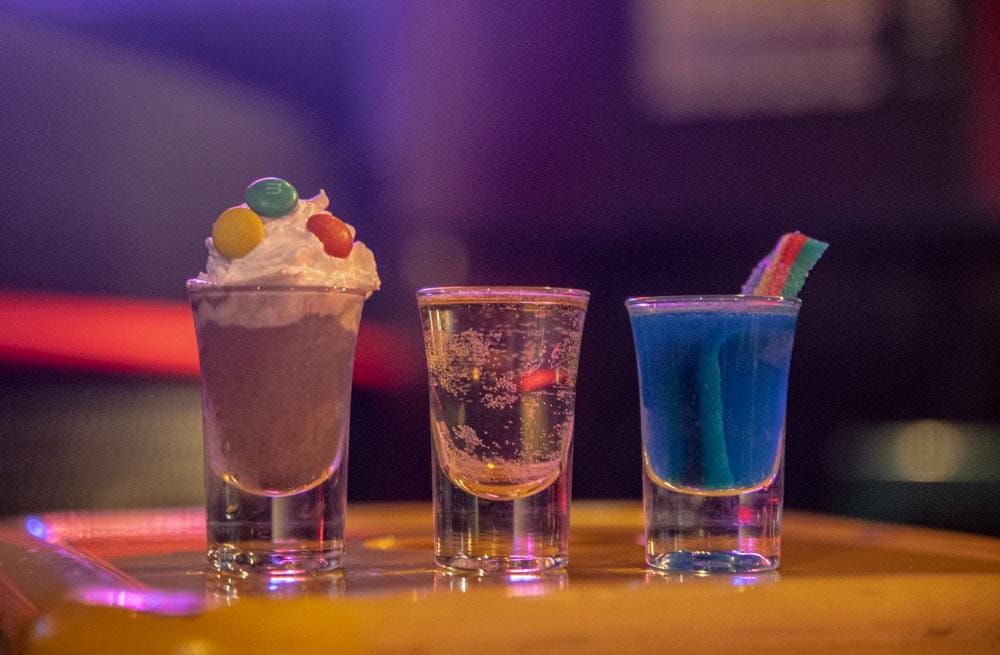 If you’re looking for a serious hit to the back of the throat, Chupitos Shots Bar’s revamp of the StrongAF shot ($12) packed with a combination of  Overproof Rum and Tequila, this shot as the name suggests is really Strong AF.
To relive your childhood, the Warheads shot ($10) is filled with raspberry vodka, as well as the citrusy tang of Blue Curacao and fresh lemon juice. Grab a bunch of friends for a collective #throwback moment!
The M&M shot ($10) is graced with syrupy Frangelico, a rich, milky Baileys, Cacao White, and chocolate. You’ll notice hints of vanilla, cocoa, and hazelnut, all tied together beautifully with a rich, milky base.

And if there’s no mood for any alcohol, you can still titillate your taste buds with these funky non-alcoholic mocktails. 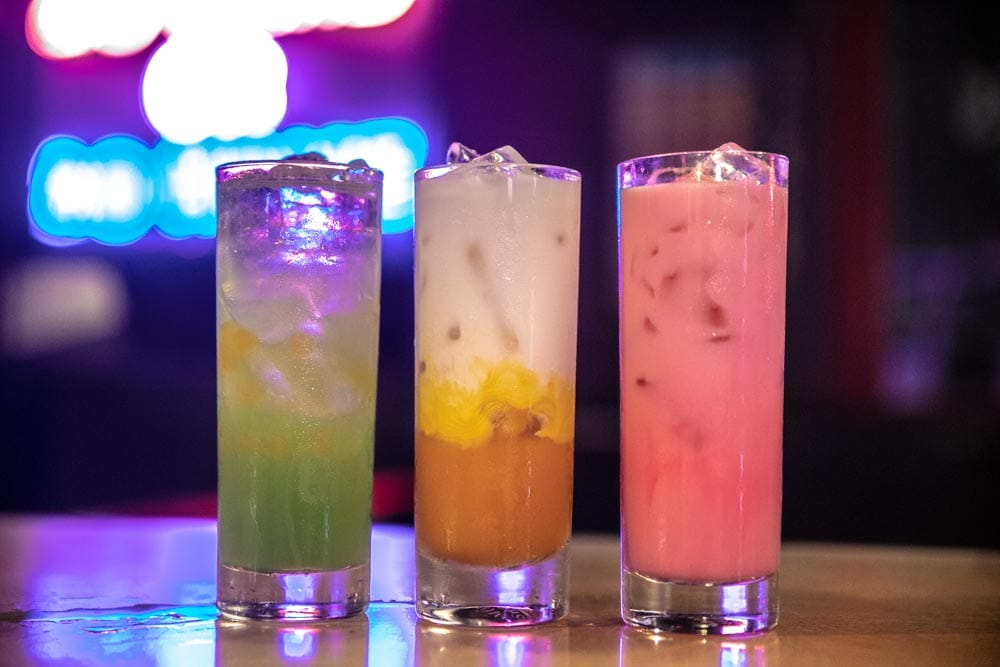 For us, Chupitos Shots Bar’s Paddlepop ($6) tasted just like the Paddlepop ice-cream, with a strong butterscotch aftertaste.
Trust Chupitos Shots Bar to turn a Southeast Asian favourite dessert, Mango Sticky Rice ($6), into a drink, jam-packed with coconut milk, and mango puree.
But if you’re more sour than the sweet type, the Kiwi Apple ($6), made with green apple, kiwi, lemon, and lime will challenge you to keep a straight face when you take it down! Classic options like Coke, Sprite, Green Tea, Ginger Ale, and Juices (Apple, Cranberry, Mango, Pineapple) are also available at their booth. 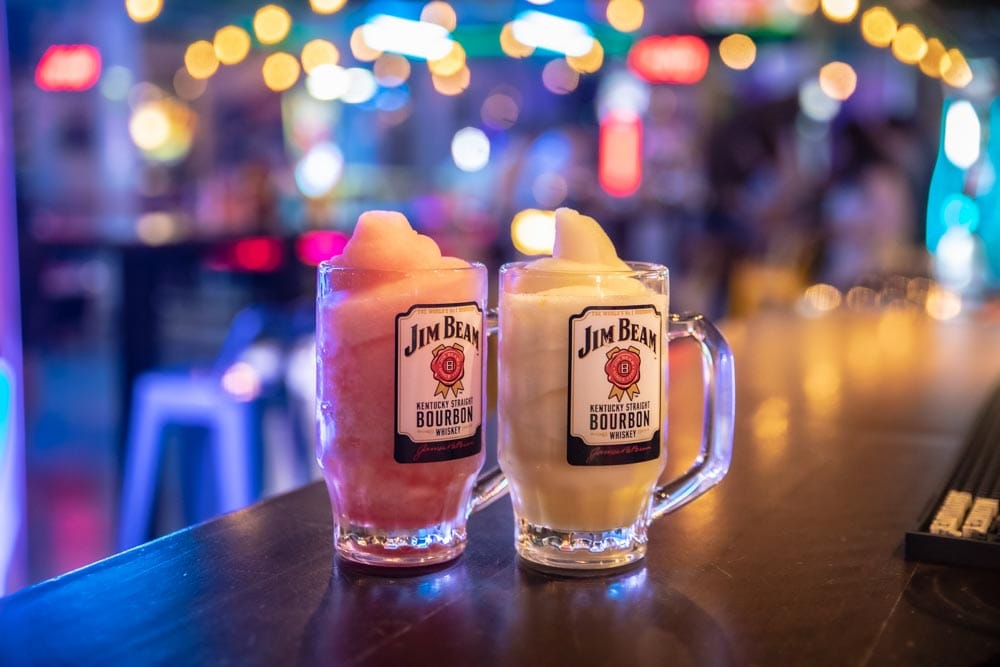 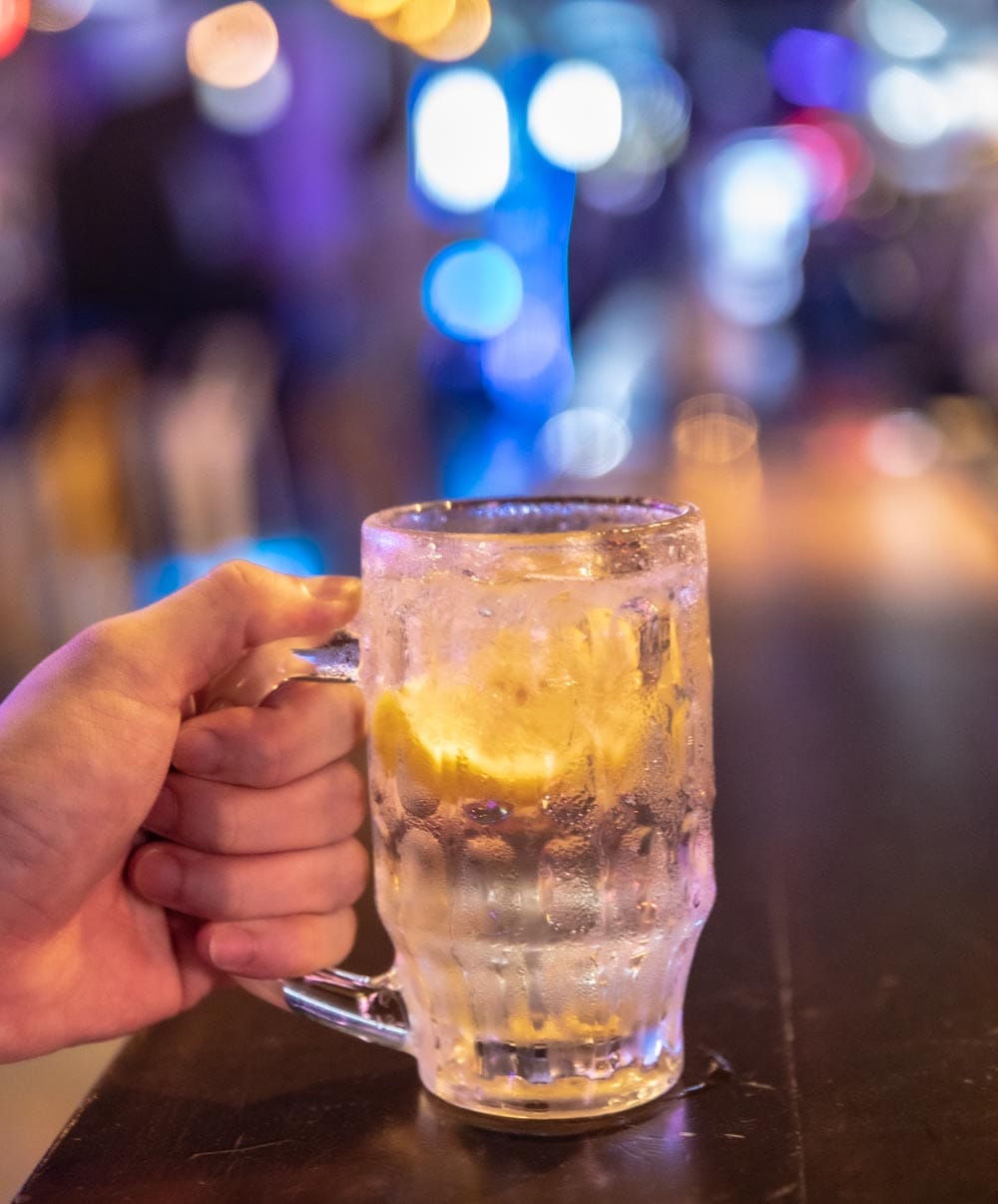 While most think that bourbon is too heavy for Singapore’s tropics, the Jim Beam Highball ($10) from Level Up’s booth transforms the traditionally heavy drink into a refreshing one. 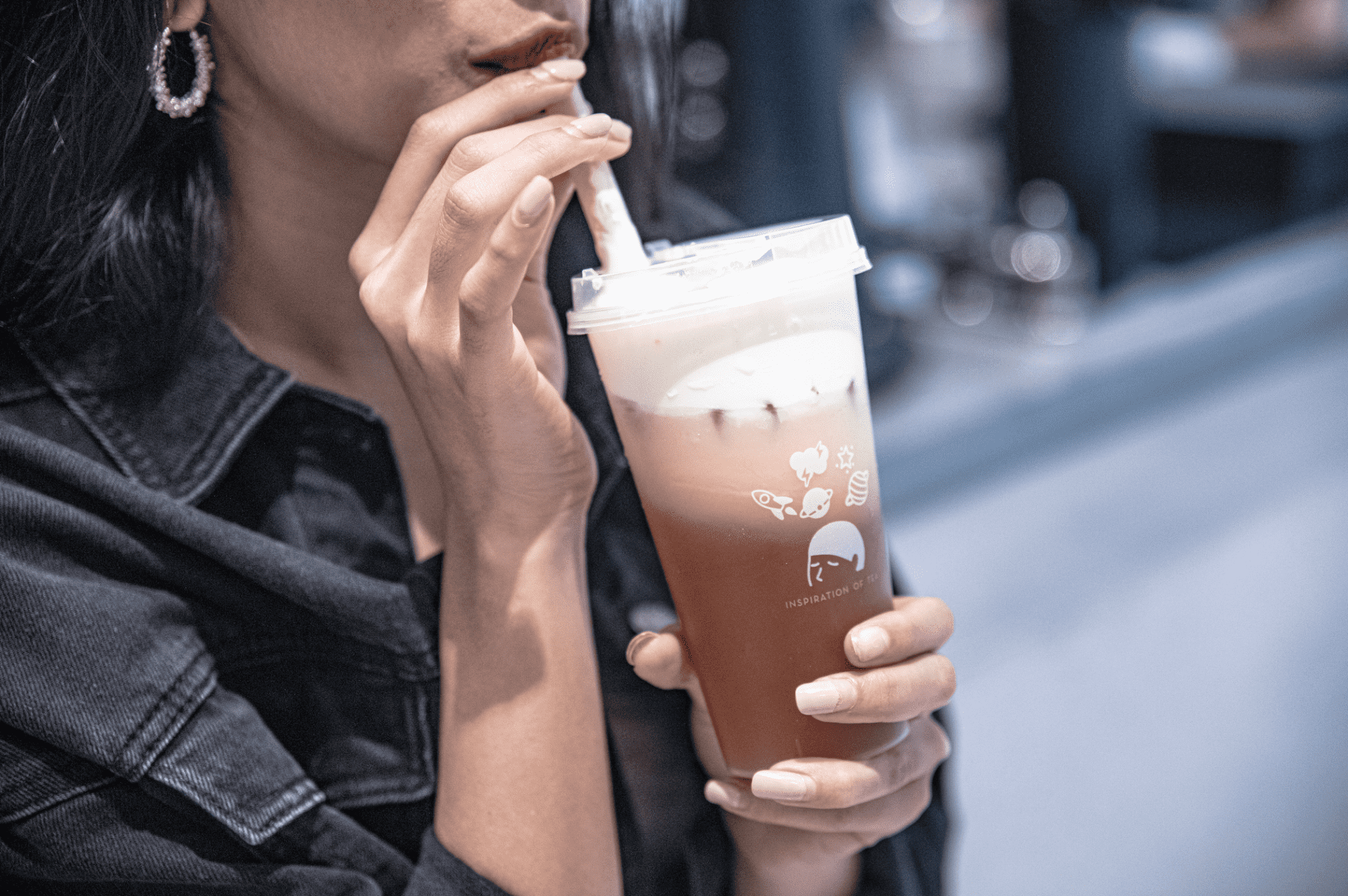 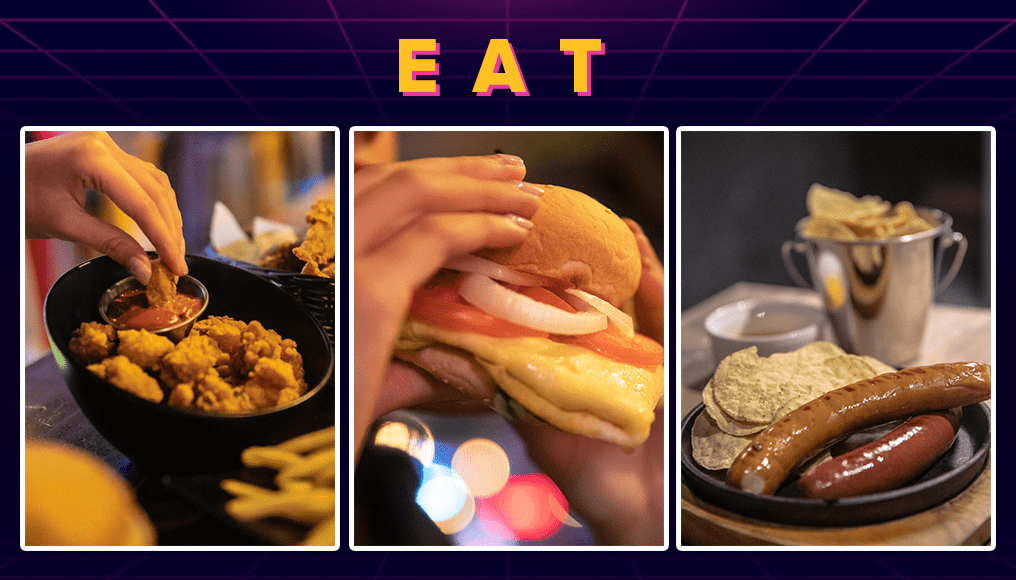 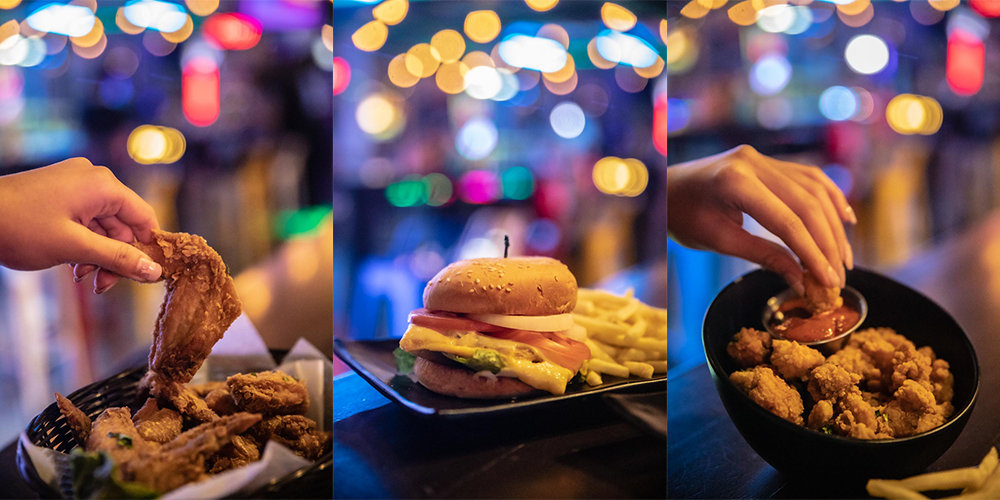 To prep our stomachs for even more drinks and fun, we’ll need some bites to go with. Serving up classic favourites like Popcorn Chicken ($8), Chicken Lamly Burger ($10), Beef Lamly Burger ($12), and Har Cheong Gai Chicken Wings (6 for $12, 12 for $22), just have your dinner at Level Up’s booth already.

As Singapore’s nightlife icon, Clarke Quay really knows how to cook up a party. From 4-6 July 2019, 6:30PM till late, head down to drink, feast, and play at Game On! At The Quay. If your squad wants to take it competitive at the games, good news – $150 worth of Clark Quay dining vouchers await to be put in your pocket – only if you get the top score for that night. For the Instagram-addicts, the neon lights will be plenty for that IG feed. Don’t forget to hashtag #clarkequaysg and tag @clarkequaysg in your post!
The best part is that admission is free, so drag the squad with you, and make some memories (rabak ones or otherwise) you’ll never forget for years to come.
Quick PSA: From now till 7th July 2019, new CapitaStar members can receive up to 8,000 STAR$ by signing up with the code “CQS8000” on the CapitaStar app. 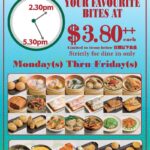 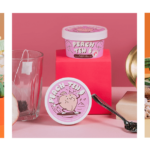