Johor Bahru may be one of the best and most convenient places to go for late-night suppers and shopping, but the bustling state is well on its way to becoming the next hot spot for Friday night drinks.
Revolutionising the drinking scene in JB are two hidden bars by —surprise, surprise— micro-roastery Just Want Coffee (JWC) at Taman Sutera Utama. Located at the second level of unassuming coffee house, The Bear & Fish, these speakeasies are actually the first to appear in JB. As the nightlife scene in JB mushrooms, so have interests in hidden bars as they exude exclusivity and secrecy, making downing a tipple extremely thrilling. 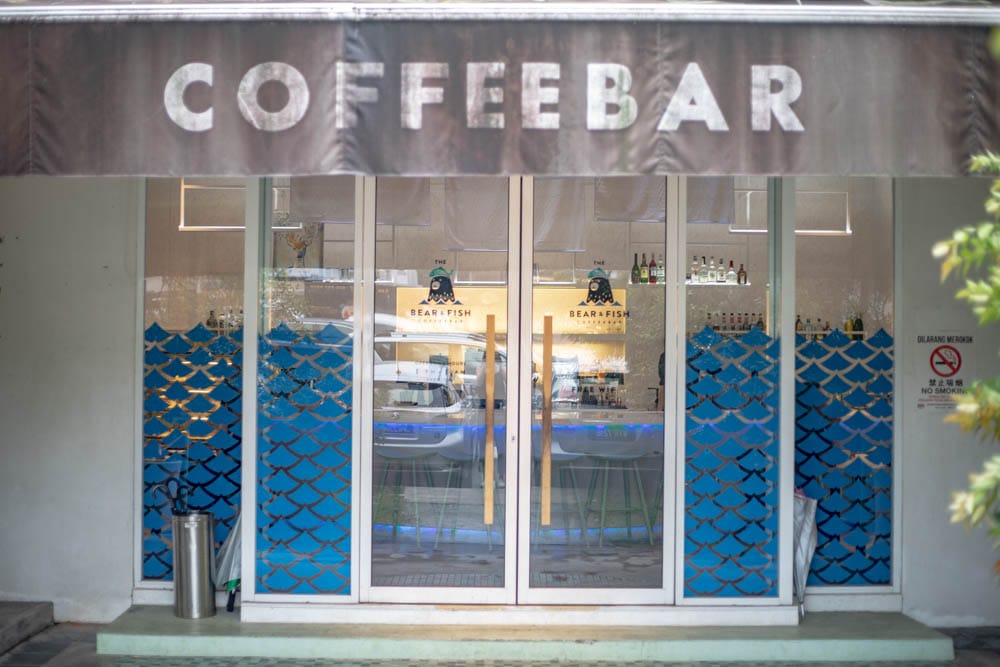 It’s easy to miss both bars, but once you locate them — get ready to bookmark them as your new after-hours hangout places.
Go up to the second floor of Bear & Fish and on the left you’ll find a sticker-filled wall which acts as a door. 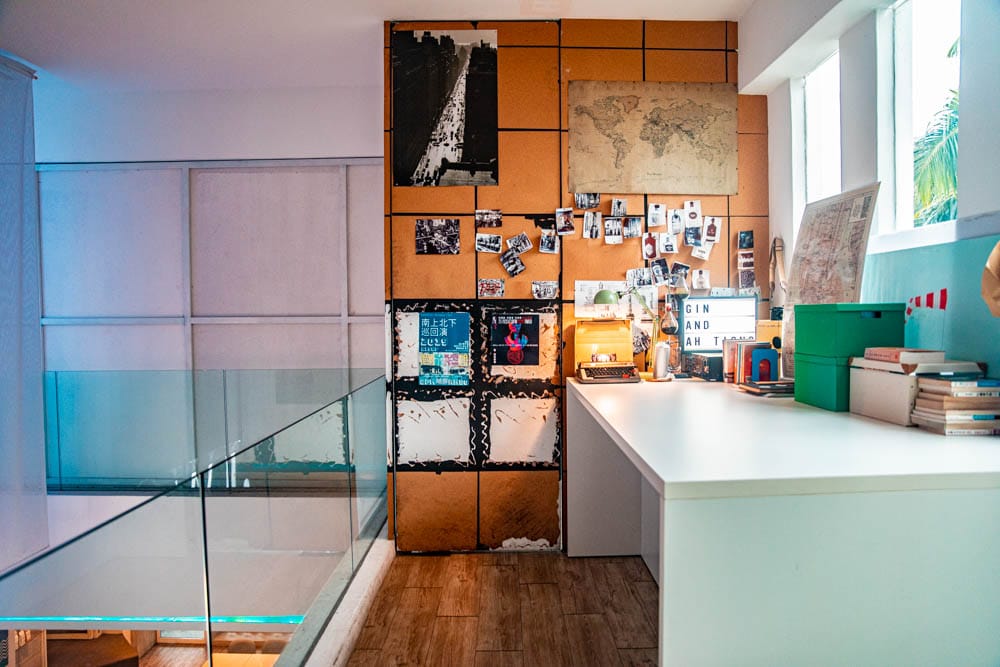 Try to push the wall and you’ll find that it won’t budge — because the hidden lock is actually the typewriter itself! Press the red button on the typewriter, proceed to push the door and viola — welcome to Gin Bar, a bar heavily inspired by the ‘60s and ‘70s era of Hong Kong and the playful personality of gin. 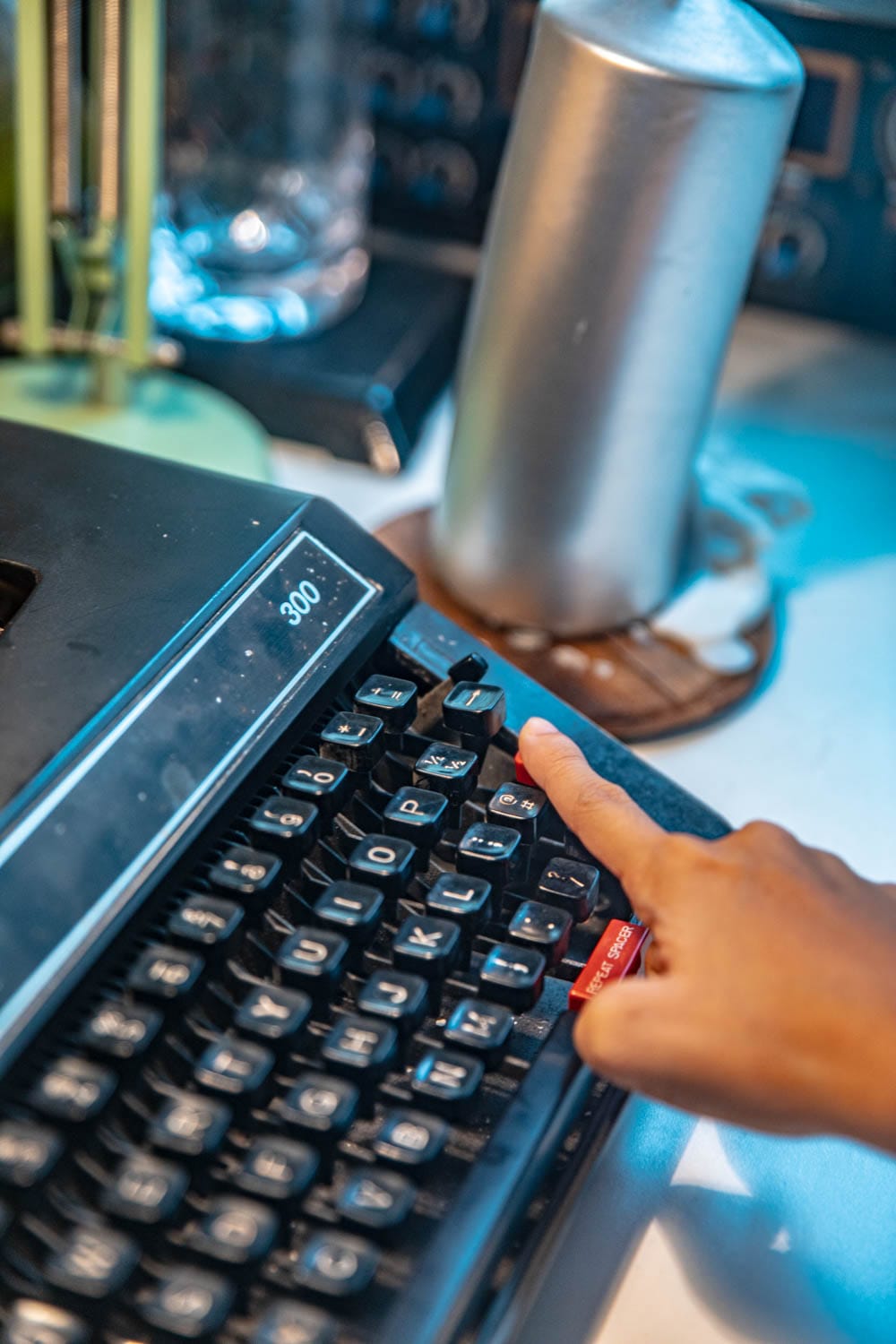 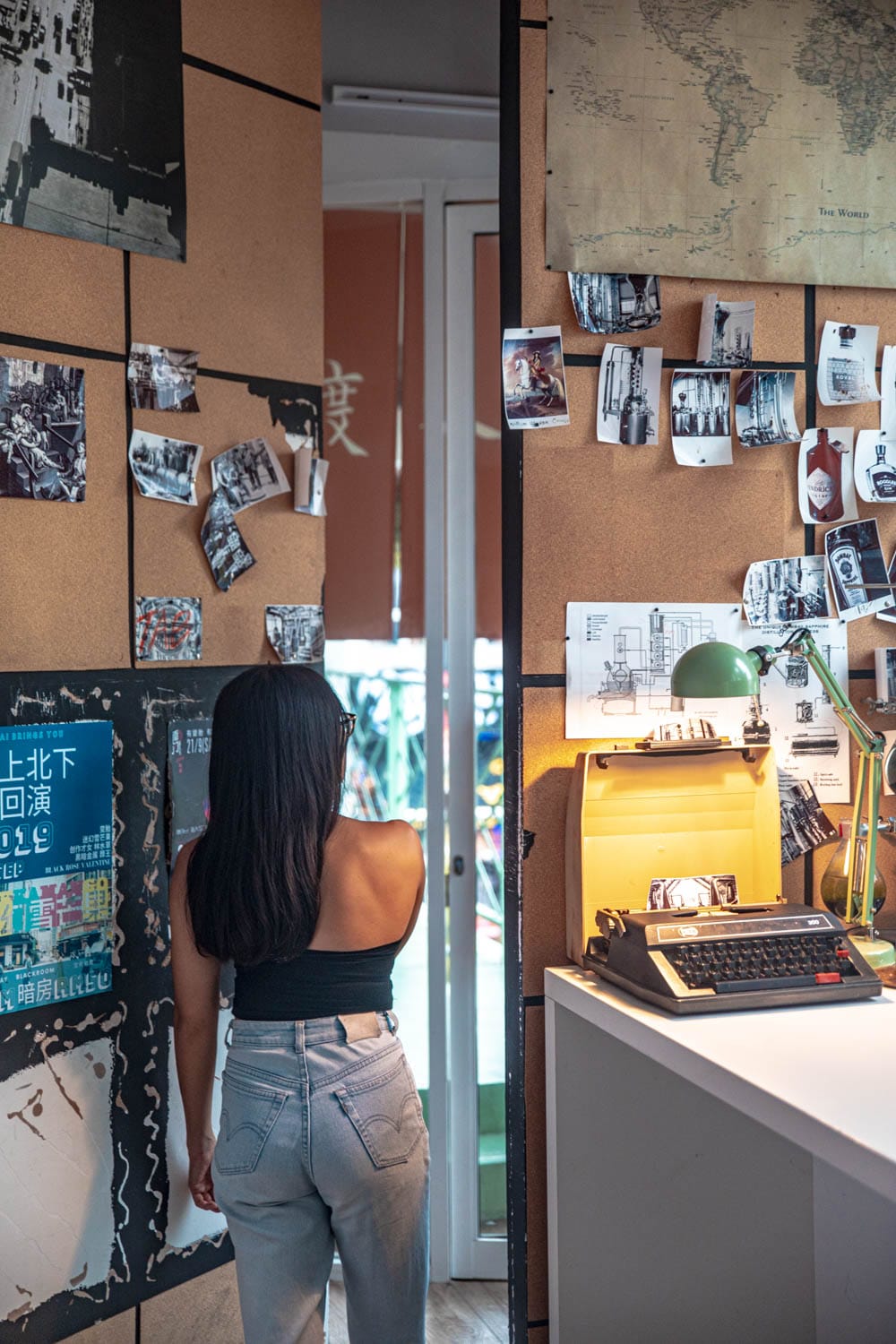 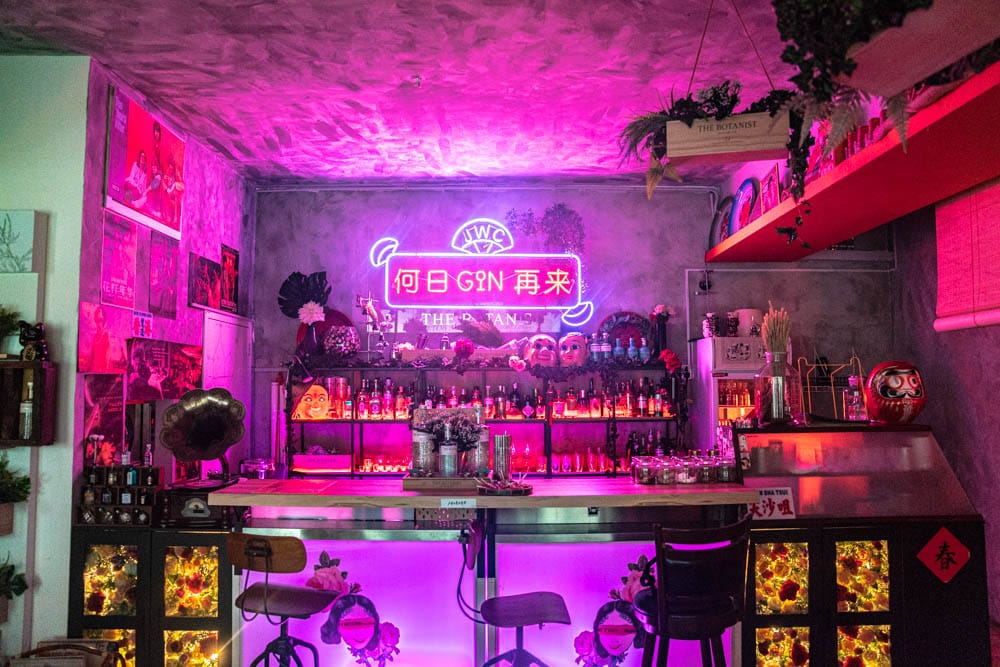 Here, old China ware, billboards and neon lights outfit the bar. You’ll also find several posters of legendary Chinese singer, Zhou Xuan, also known as the “Golden Voice” of China in the 1940s. In fact, the bar’s Chinese name, 何日Gin再来, was inspired by a song from Zhou. Gin Bar also happens to be the first hidden bar in JB. Conceived by Justin Tay, finalist of the La Maison Cointreau 2018 cocktail competition, the idea of Gin Bar was birthed when Tay took part in an activity in Speak Low, a hidden bar in Shanghai. 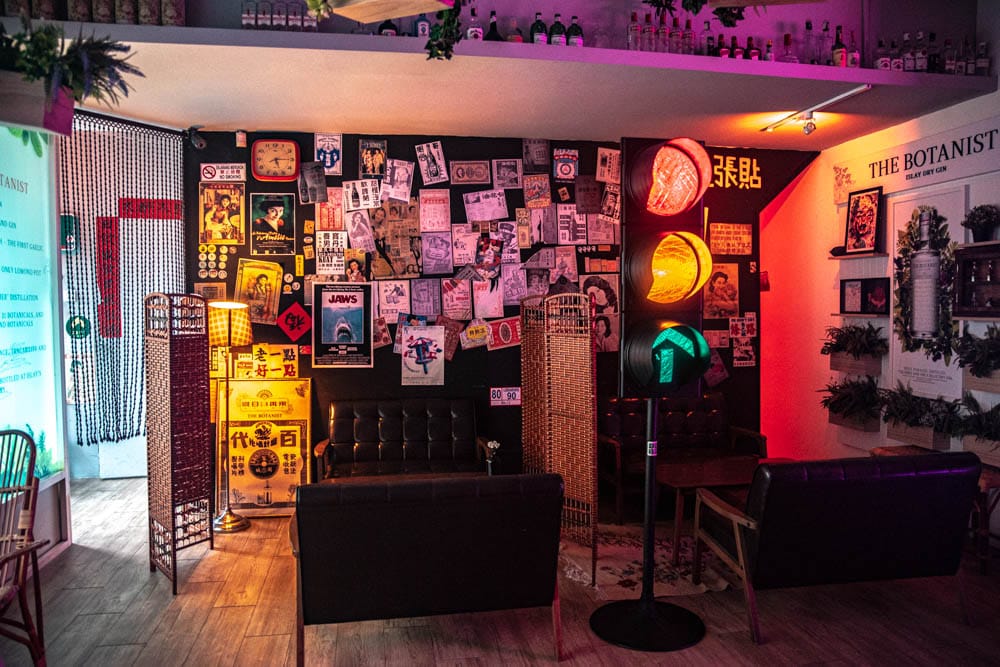 Expect the drinks to keep theme as well. Instead of regular cocktail glasses, drinks are served in Chinese tea cups. We tried Full Moon, a sweet concoction of gin, DOM and Chinese herbs; Golden Moment, a fruity blend of gin, peach and apple; and In The Mood for Love, a mild mix of gin infused with chrysanthemum and Chinese spices. All drinks on the menu are priced at RM38 (~$12).

The food is pretty impressive for bar bites as well, with the thin and light crust of their pizzas complementing the heavy and spicy proprietary batter of their Korean fried chicken. 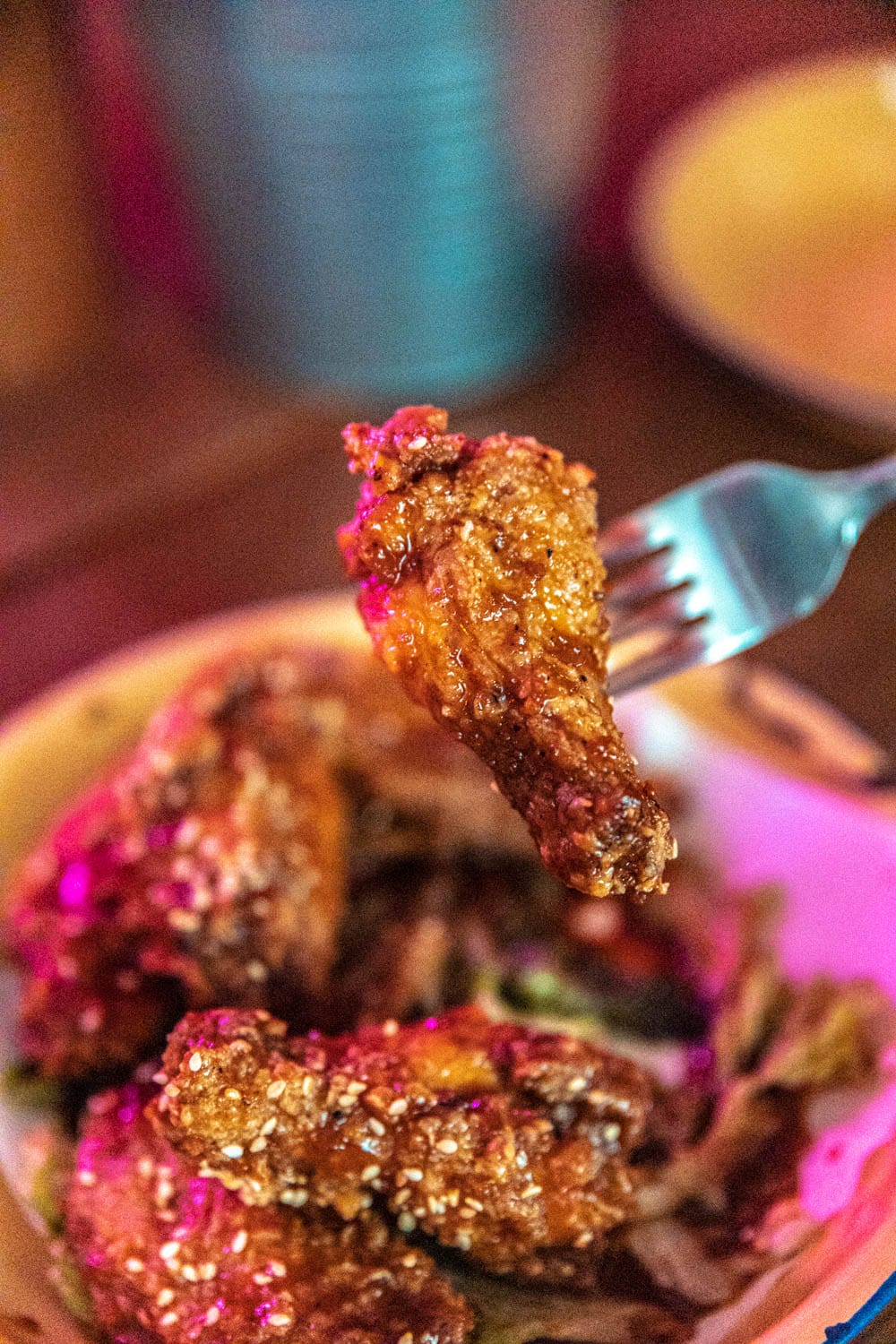 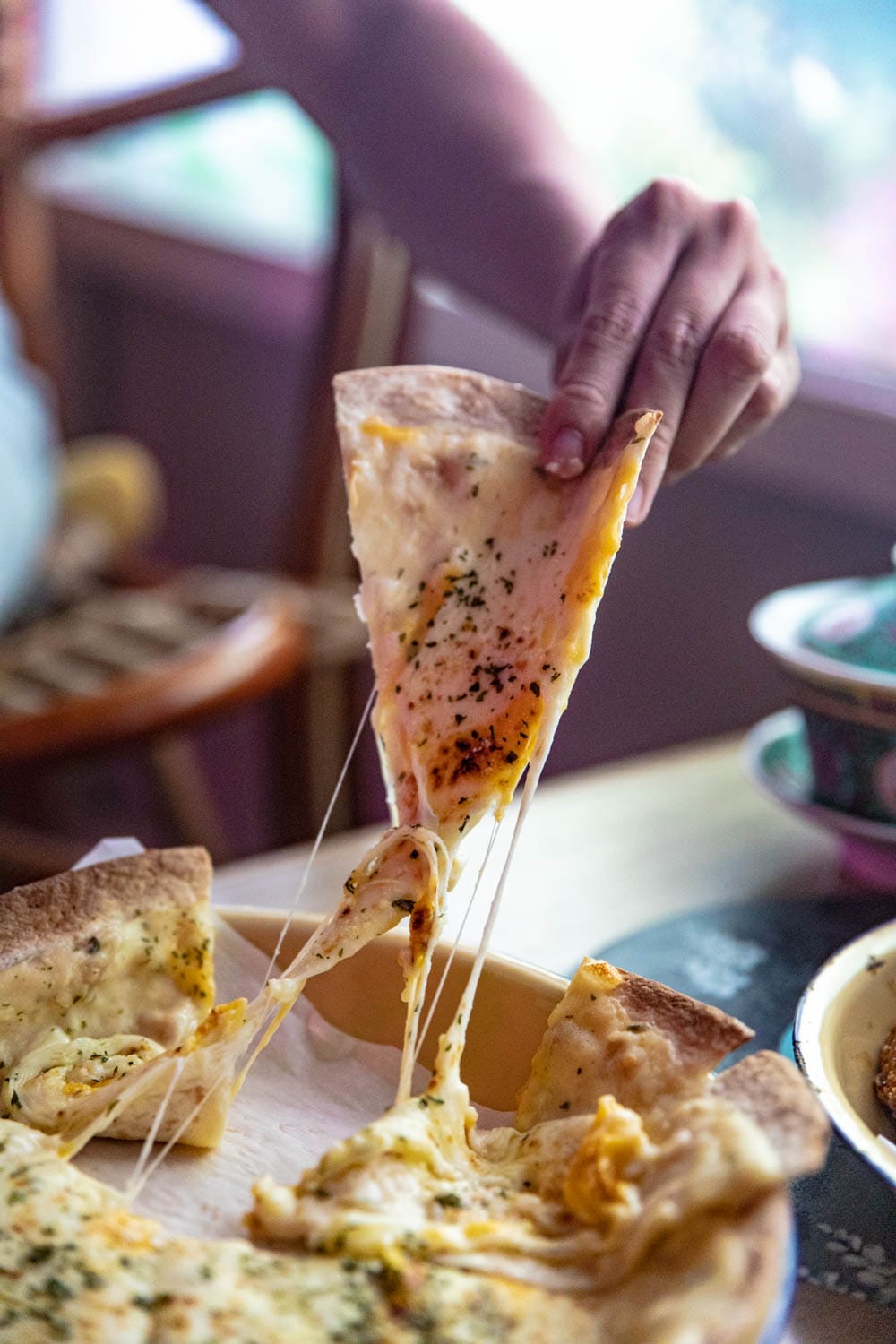 Side note: there’s also a mini gallery just beside the bar counter that’s easy to overlook after a few drinks, but worth checking out if you’re into old Chinese advertisements and pop culture. 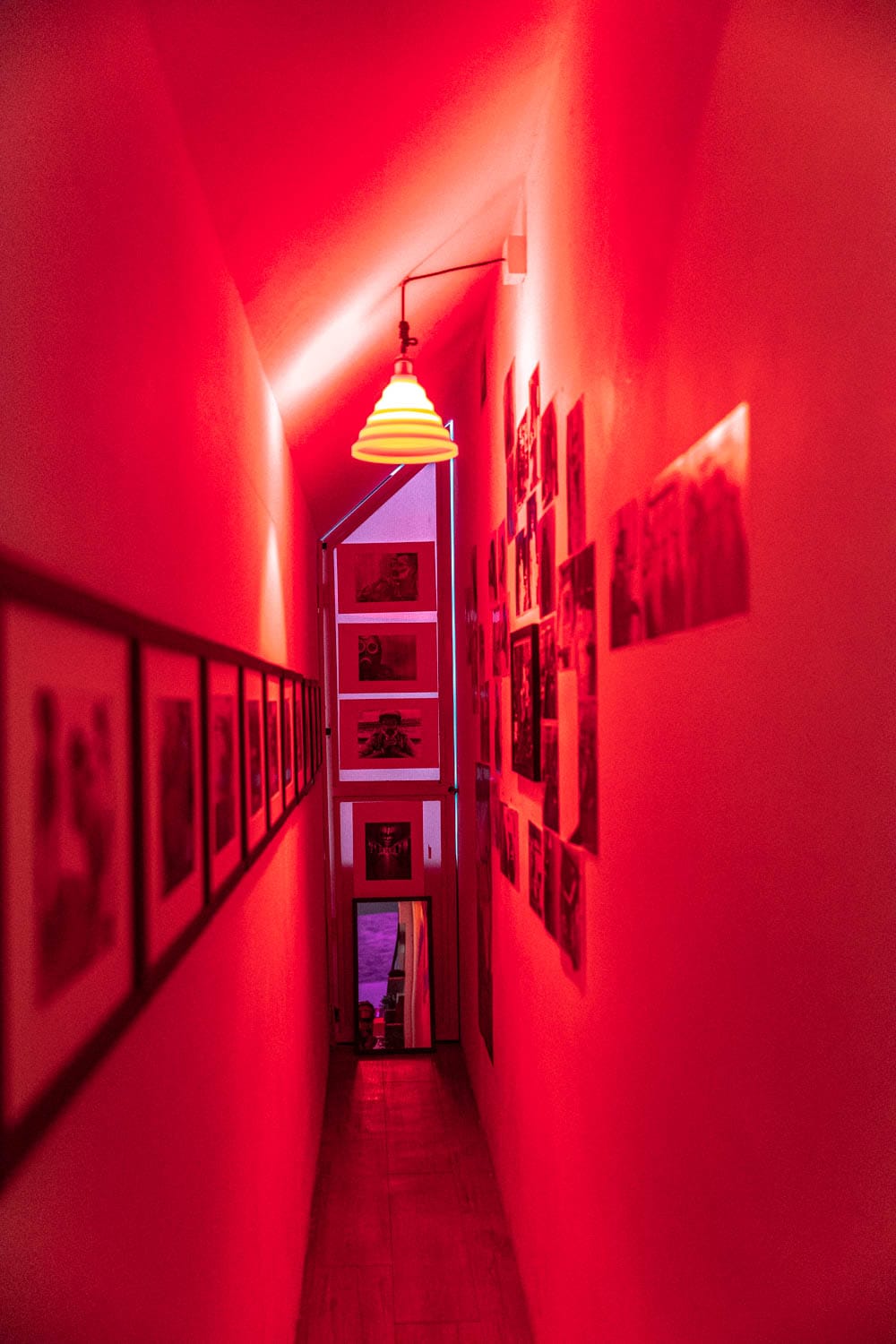 For those who crave a quiet and intimate experience, head over to sister bar, Cabinet 8, just opposite Gin. But don’t be mistaken — entrance to Cabinet 8 is equally or even more exciting!
The mirror caught us off guard and even distracted us initially, and even when we pulled the handle, it looked like a regular cabinet with clothing. 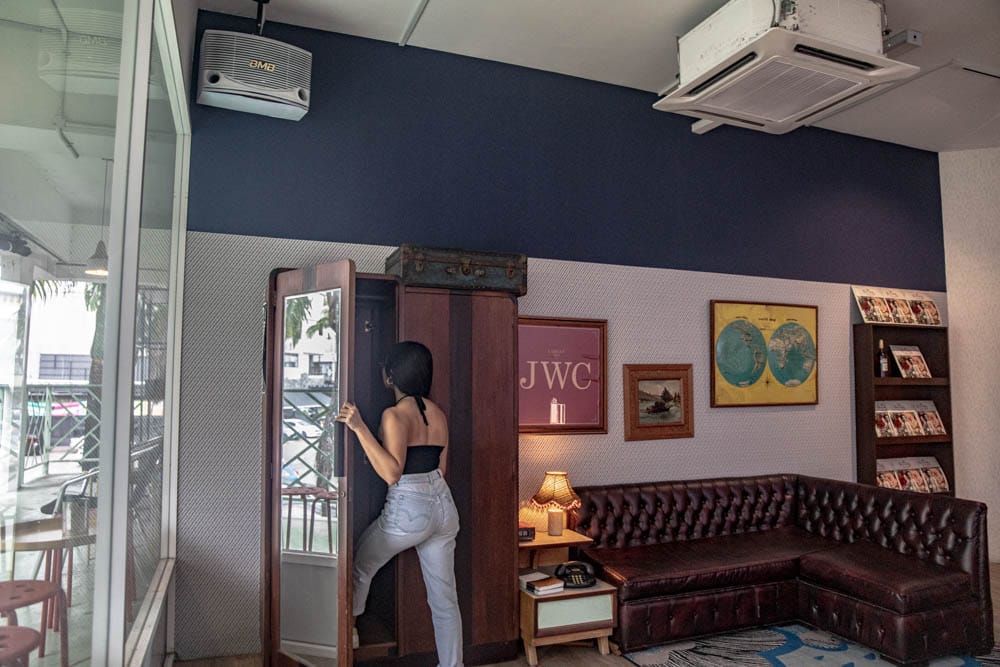 But step into the darkness and you’ll be led into the bar which is all the more mysterious. 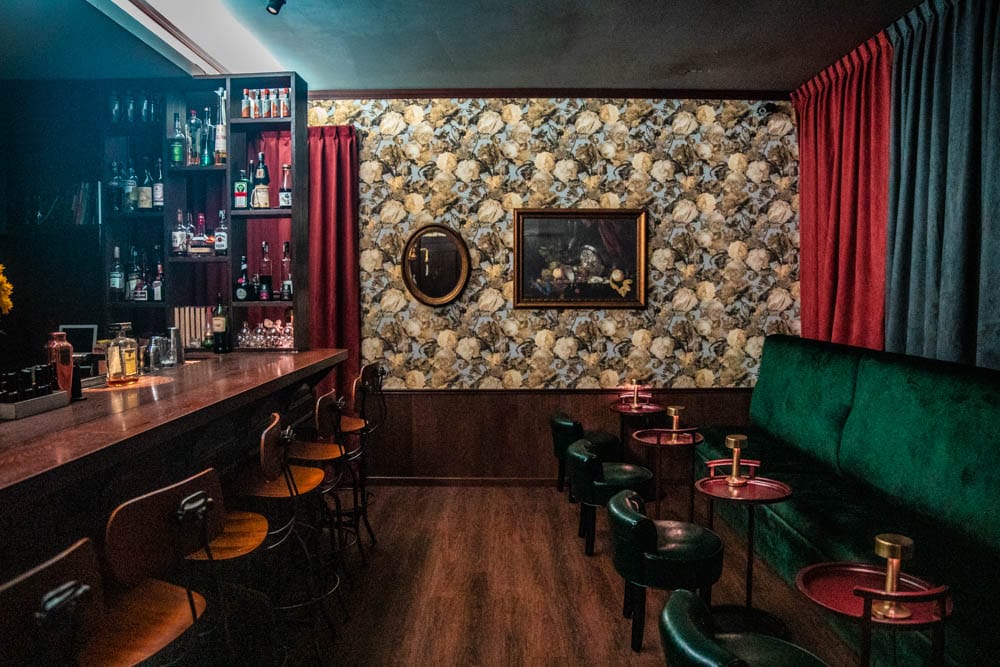 Cabinet 8’s concept is a little different from Gin — for one, it’s a lot darker and smaller; and two, it’s a whiskey bar with no menu. Drinks are curated based on your personal preference. Also owned by Tay, Cabinet 8 adopts a bespoke concept because just like how every piece of clothing in our wardrobe serves a different purpose, so are the people who walk into the bar.
Thus, the bartenders try as best as possible to suss out the flavour profiles of customers to customise a drink that serves their emotions, feelings and intentions.
Some common mixes include Sexy Mary, their version of Bloody Mary which includes tomato, Tabasco and vodka; Smokey Papa, a powerful mix of Disaronno, Octomore and Bourbon whiskey that’s torched. Here’s the cool part — Smokey Papa is served in a glass skull with ice engraved with Cabinet’s logo.

For a surprise, request for a “secret drink” from the bartender, which consists of a tea bag, The Botanist Gin, smoke, Cointreau, orange bitters and oolong tea. 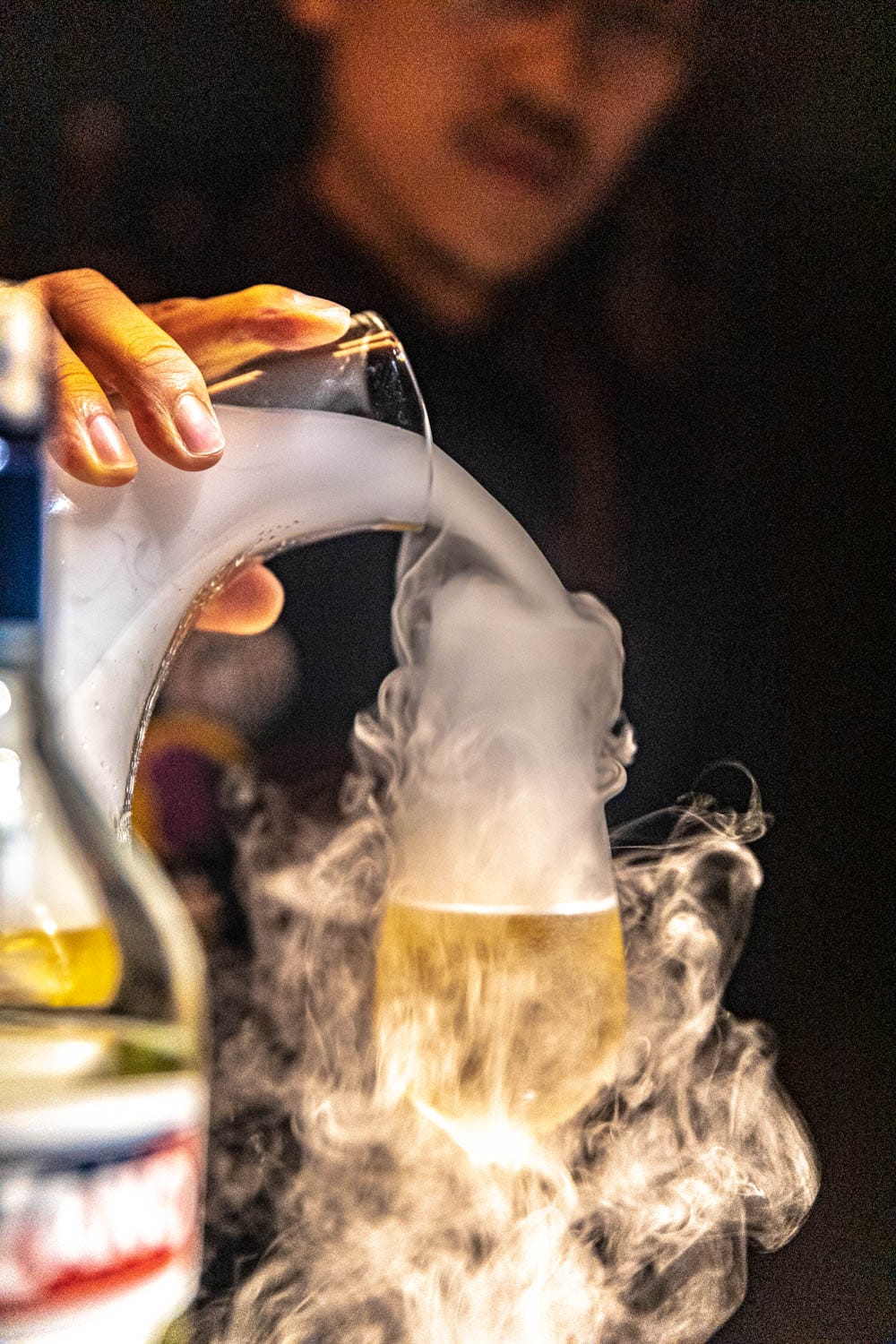 Similar to Gin Bar, all drinks at Cabinet 8 are priced at RM38. Peak timings are around 9-10pm on weekdays and 8-9pm on weekends.
Though Cabinet 8’s atmosphere might be a lot more subdued compared to a regular bar, it’s proof that all you need for a great night out are sublime drinks, excellent company and great conversations.
GIN BAR & CABINET 8 BY JWC
Address: 65, Jalan Sutera Tanjung 8/3, Taman Sutera Utama, 81300 Skudai, Johor, Malaysia
Opening hours: 7pm – 1am 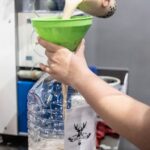 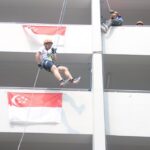