By now, you must have heard of famous Taiwanese bubble tea shop The Alley and their new 5-litre bottle size available only in JB for RM79 (S$26). 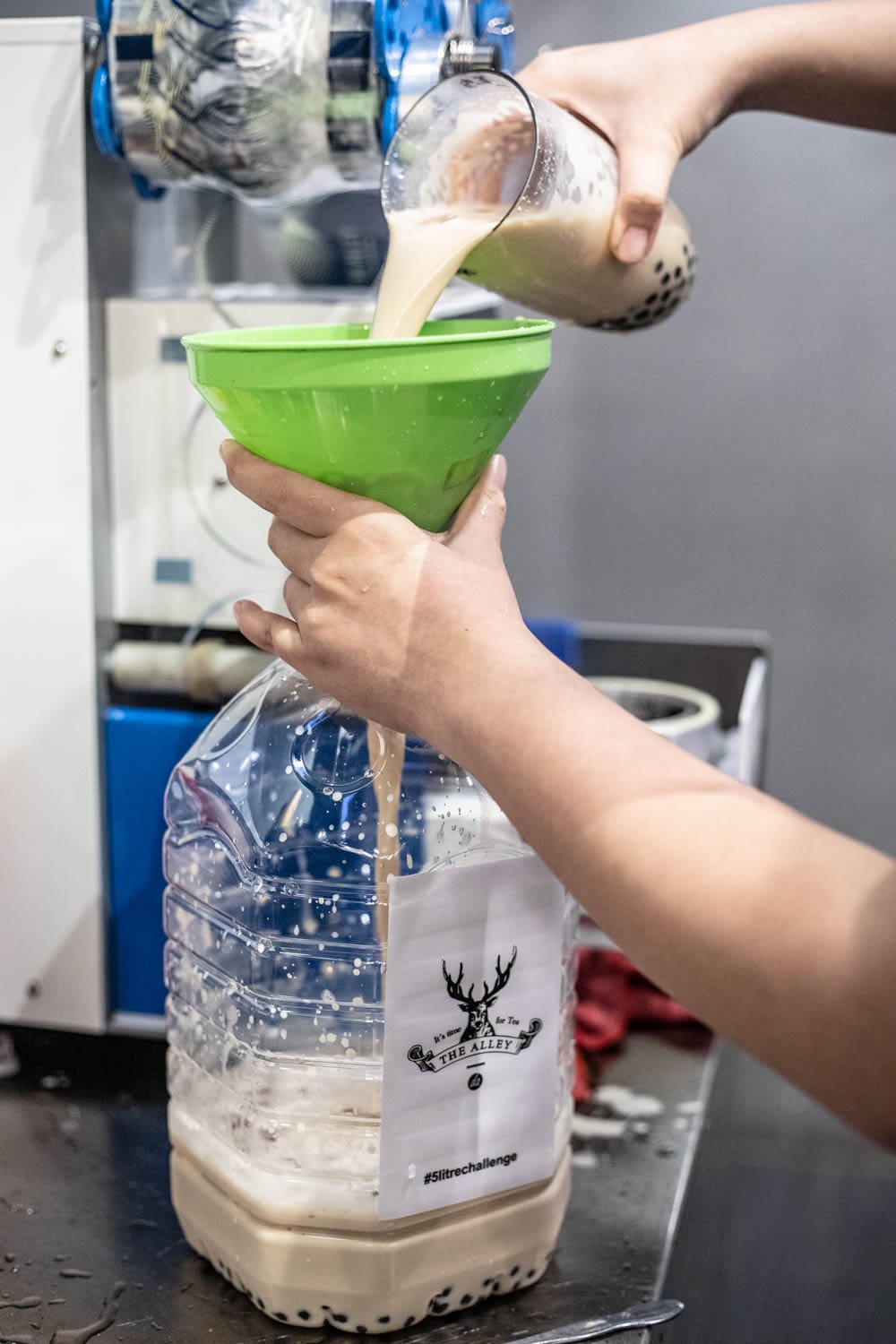 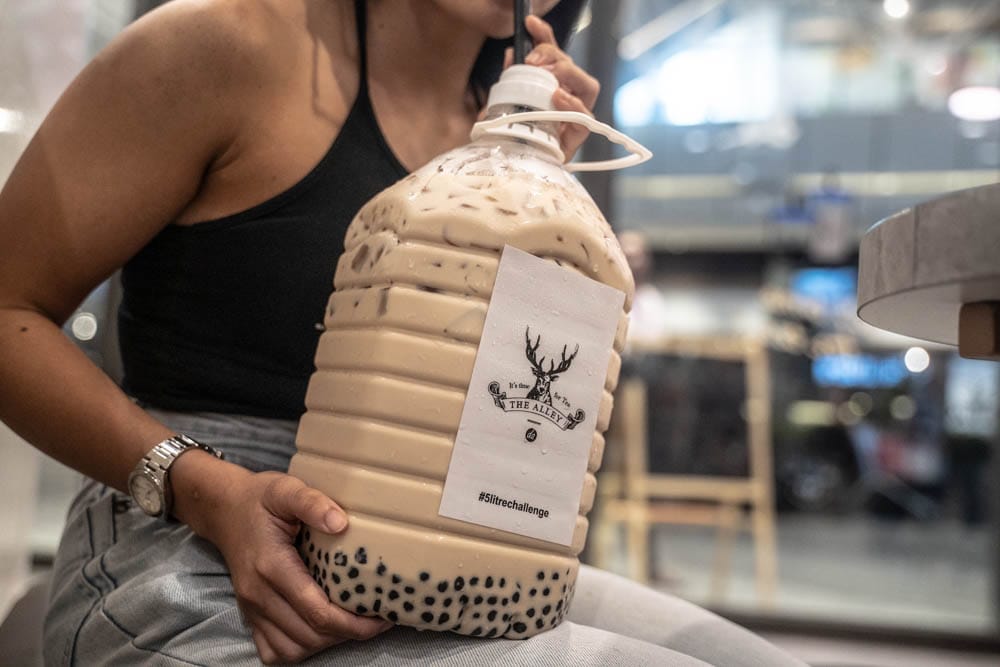 However, you can now get that sweet 5-litre goodness for a 12 per cent discount at RM69.50 (S$23) by just completing a tongue twister in eight seconds. We won’t reveal what the tongue twister is, but here’s a hint: there’s a lot of P’s.
According to The Alley JB’s boss, the idea for a large bottle was a natural respond to consumer patterns, as she noticed that most of their customers bought their drinks in bulk. One bottle is equivalent to about eight or nine cups of bubble tea. 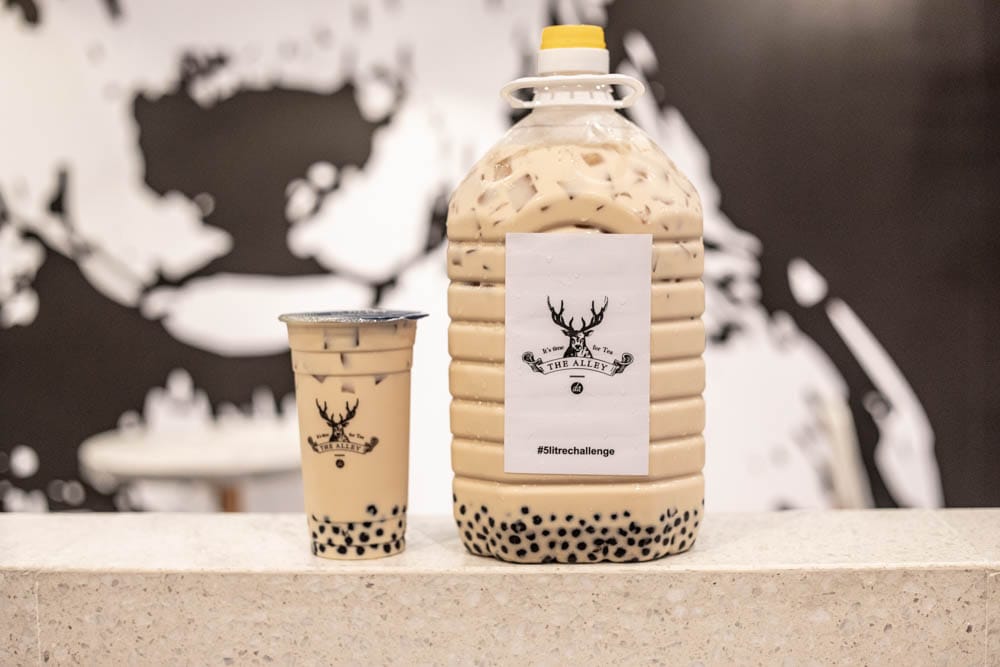 The challenge is not restricted to just milk tea alone — you can pick almost any flavour from the menu, so even if you’re not a fan of classic milk tea, fruit tea works as well! We chose the Tropical Passion Fruit Tea and Milk Tea, with the latter having a hint of blueberry tea. As a treat, stand a chance to win another 5-litre bottle. Simply take a picture of yourself with your bottle, share it on Facebook on Instagram and tag The Alley Malaysia respectively. 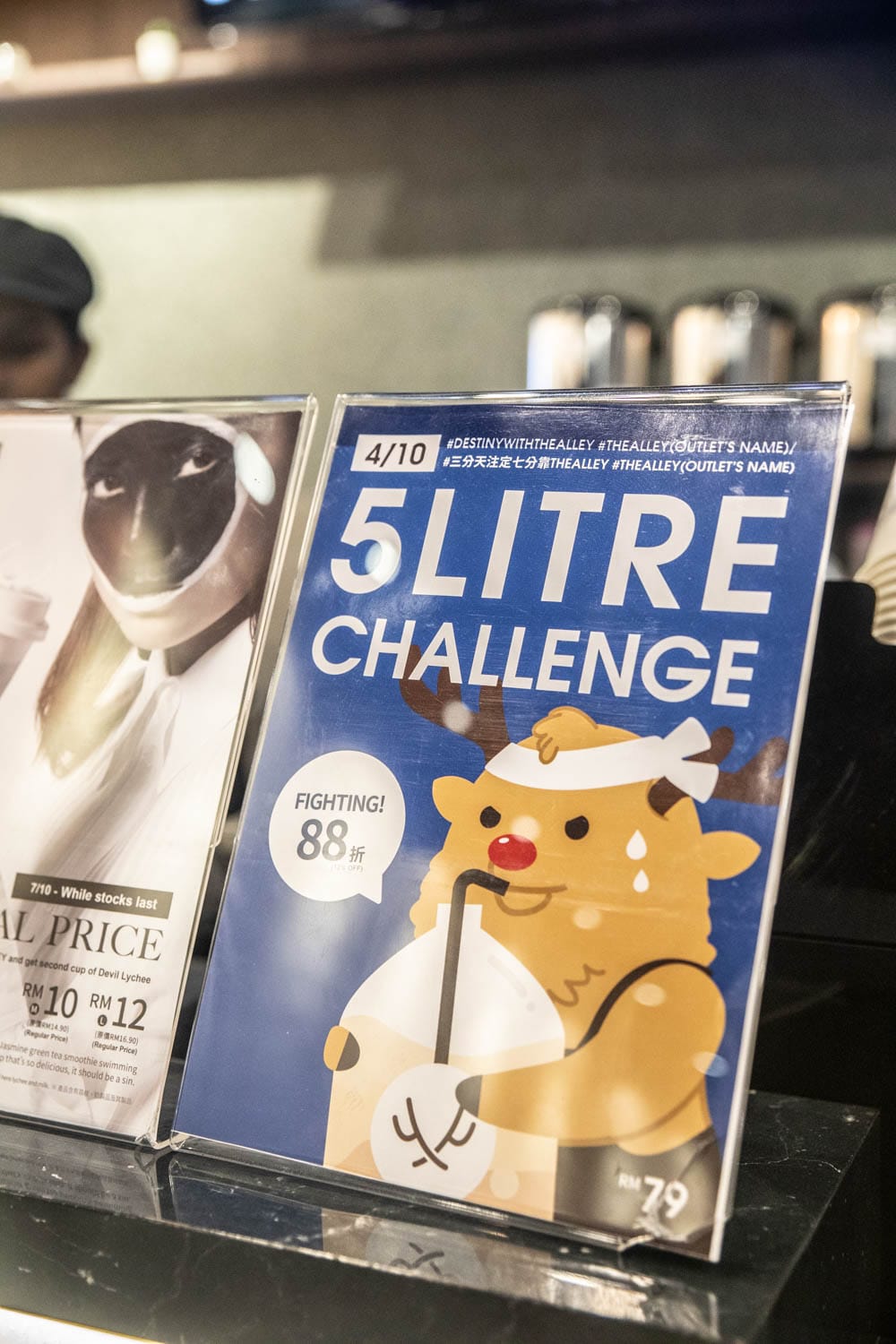 There are only 20 5-litre bottles available, so hurry get yours before they run out!
This promotion extends to all The Alley stores in JB. 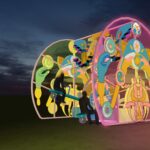 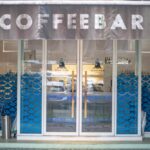