Collabs are awesome, especially if they’re between food companies. When Nestle worked with American dairy conglomerate Eagle Family Foods to produce their own sweetened condensed milk, it sent consumers on a sugar high and was often compared to other similar products in the market.

So popular was this product that it was repackaged into different forms such as bottles, and went on from being just a drink sweetener to being a spread.

But that’s not all — we found an ice cream version of it, and it apparently only exists at 7-Eleven outlets in Hong Kong.

Those who have tried it have commented that it’s similar to milk-flavoured ice cream, but a lot sweeter.

If regular Hokkaido-milk ice cream doesn’t cut it for you, then maybe this one would. Available at all 7-Eleven outlets in Hong Kong for HK$12 (~S$2.20) a stick. 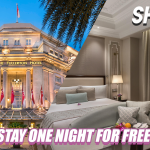 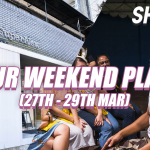