It’s the second last week before August arrives and this weekend is filled with music from different genres. From Hip Hop to Contemporary Dance Music, we got you covered for this weekend!
1. Back to the Phuture presents Andrew Chow and Tony Tay

A most unusual Friday night in Phuture, veterans Andrew Chow and Tony Tay will be laying out their finest selection of Lovers Rock, Hip Hop, Nu Funk, Soul, Disco, Funky Breaks and definitely not missing up on all those edits and surprise. Back To The Phuture, let’s just say expect the unexpected! Bring your friends along for a night of amazing music and remember to dance the night away!
Date: 22 July
Time: –
Location:
Phuture
17 Jiak Kim Street
Singapore 169420
Admission: $28.00 – $33.00
2. The Sam Willows Take Heart Tour Live in Singapore 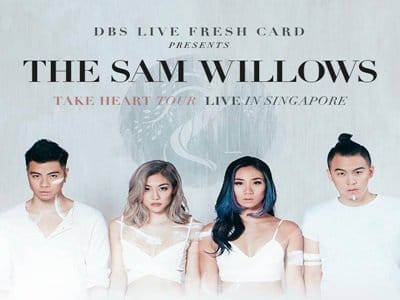 Local band, The Sam Willows will be performing on the  22nd July 2016 at The Coliseum, Hard Rock Hotel Resorts World Sentosa. If you’re looking for a performance full of surprises from special guests, mesmerizing visuals and a night full of songs you have never heard before, we highly recommend you to attend their show with friends and family. Following the release of their self-titled debut EP in 2012 to great acclaim, The Sam Willows went on to become a favourite act at various international music festivals, among them SXSW Music Festival (USA), Music Matters (Singapore), MU:CON (South Korea) and WAM Festival (Australia). If you did not know, The Sam Willows have also emerged as the first South East Asian act to break into the Spotify Global Viral 50 chart, a playlist updated weekly with the most shared, trending tracks across the world.
Date: 22 July
Time: 7PM
Location:
The Coliseum
8 Sentosa Gateway
Singapore 098269
Admission: $48.00 – $58.00
3. IKoncert 2016 Showtime Tour in Singapore 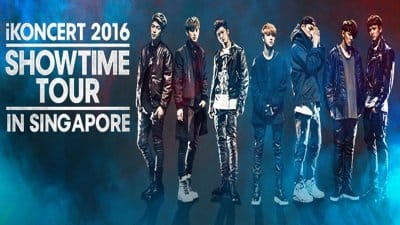 If you like bands like BIGBANG or WINNER you would definitely want to attend this concert. If you did not know, iKON is also part of the amazing Y.G Entertainment just like their popular labelmates! Upon their debut in 2015, the group quickly emerged as the hottest rookie of the year and was named as one of the ‘Top 5 K-Pop Artists to Watch in 2015’ by Billboard. They are currently Korea’s hottest and most anticipated rookie group and we would say that it is going to be the concert of a lifetime!
Date: 24 July
Time: 6PM
Location:
Singapore Indoor Stadium
2 Stadium Walk
Singapore 397691
Admission: $148.00 – $318.00
4. My Mother Buys Condoms 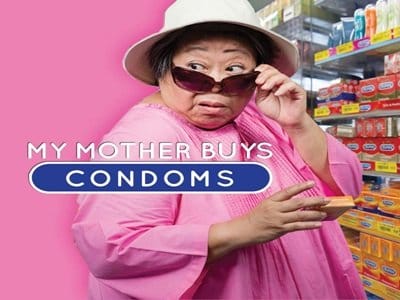 If you have always enjoyed comedies or simply just want to laugh your night away, ‘My Mother Buys Condoms’ would be perfect for you! It is a romantic comedy that puts a cheeky spin on active ageing, Helmi Yusof’s first play challenges society’s attitudes towards sex and senior citizens. Inspiring and empowering, My Mother Buys Condoms challenges audiences to re-evaluate the freedom to love for those who may no longer be young in body, but remain young at heart.
Date: 22 – 24 July
Time: Refer to Website
Location:
LASALLE Creative Cube
1 McNally Street
Singapore 187940
Admission: $40
5. Sid Sriram Live in Singapore 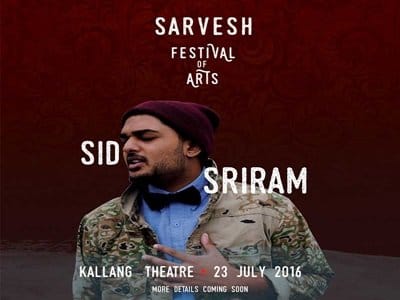 The Inaugural SARVESH FESTIVAL OF ARTS is an annual event that features emerging talents from Singapore and around the world. This year’s headline is SID SRIRAM, the soulful voice behind Thalli Pogathey and Ennodu Nee Irundhaal. This will be his first Solo Concert outside of India, and he will be performing for 90 minutes singing his cinema songs as well as covers of hit Indian songs and share with you some of his original music. For those of you who love dance, this will be a night you will never forget. Logan Narayanasamy will be choreographing a new age performance comprising of different dance styles that will leave you wowed. Also performing are Bhangra group Sadi Wakhri Ah Taur (S.W.A.T.) as well as Shamini Loganathan and Iswarya Sundar who will display an energetic rendition of classical fusion.
Date: 23 July
Time: 7PM
Location:
Kallang Theatre
1 Stadium Walk
Singapore 397688
Admission: $58.00 – $148.00
6. Do Hits x DarkerThanWax featuring Howie Lee and Jason Hou 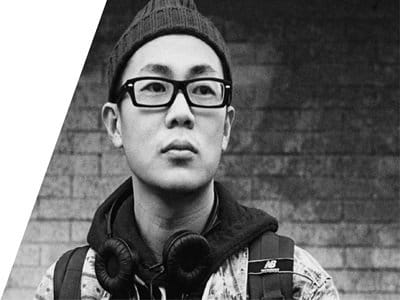 It’s not often that you’d expect to find that bass-heavy sounds of UK sitting together with Chinese melodies and sound textures, if there is one producer who’s doing exactly that, then look no further than Howie Lee. Fusing together his Chinese heritage and British training, the Beijing-based producer is steadily carving out his own niche, demonstrating a rising awareness of what contemporary dance music can be.
Date: 23 July
Time: –
Location:
Canvas Singapore
20 Upper Circular Road
#B1-01/02/03/04/05/06 The Riverwalk
Singapore 058416
Admission: $20