Seems like the unicorn trend is still going strong 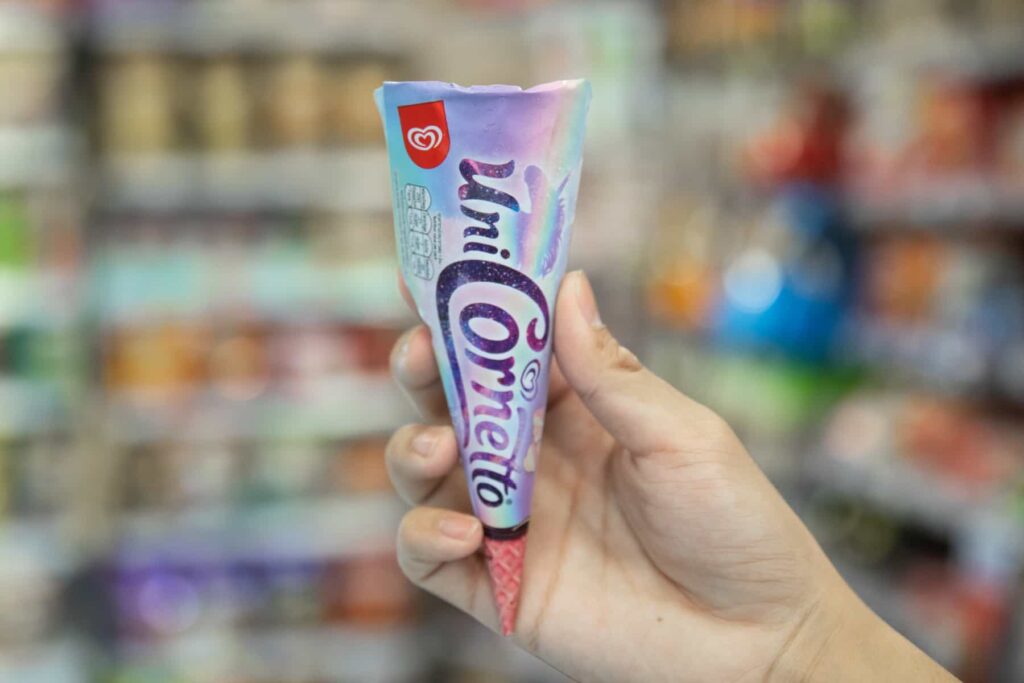 We thought that the unicorn craze had died down, but it looks like we’re still going to be seeing more unicorn-inspired food as Cornetto launched a new magical ice cream a couple months ago. 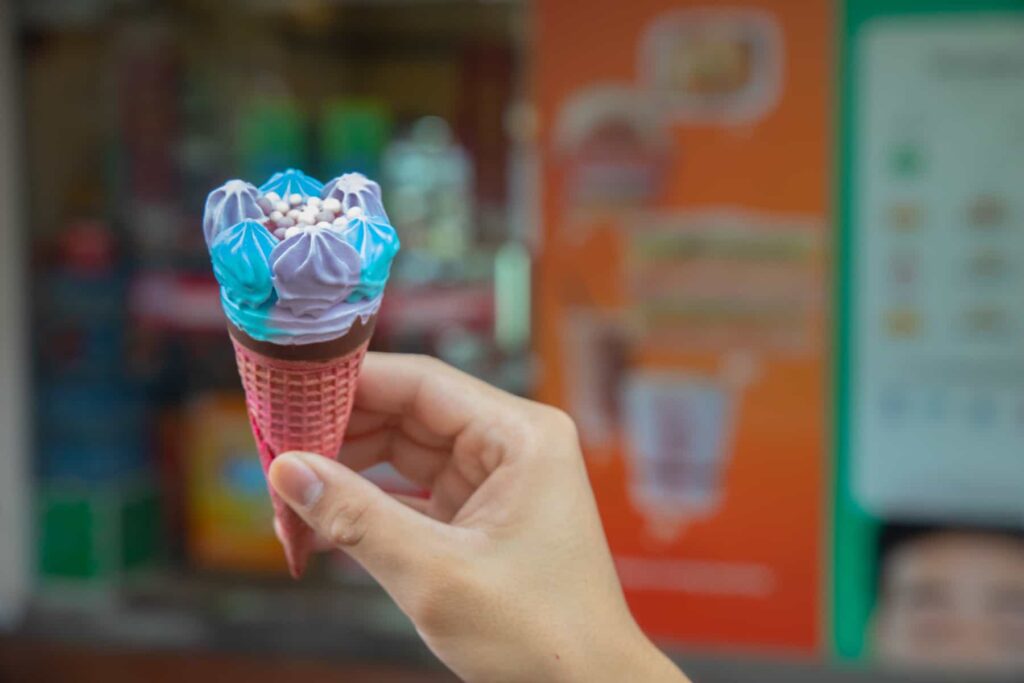 The Unicornetto is Cornetto’s latest flavor inspired by none other than the mystical unicorn. The cotton candy and marshmallow flavored ice cream comes in a pastel mix of blue and purple, and has a strawberry jam middle housed in a pink cone. Instead of the usual nuts, the cone comes topped with pastel pink and white chocolate crisps.
Previously if you wanted to know to what unicorns tasted like as an ice cream, you had to go all the way to Johor Bahru to get your hands on the Unicornetto. After a little sleuthing around, we realized that some 7-Eleven outlets in Singapore has quietly started selling them. 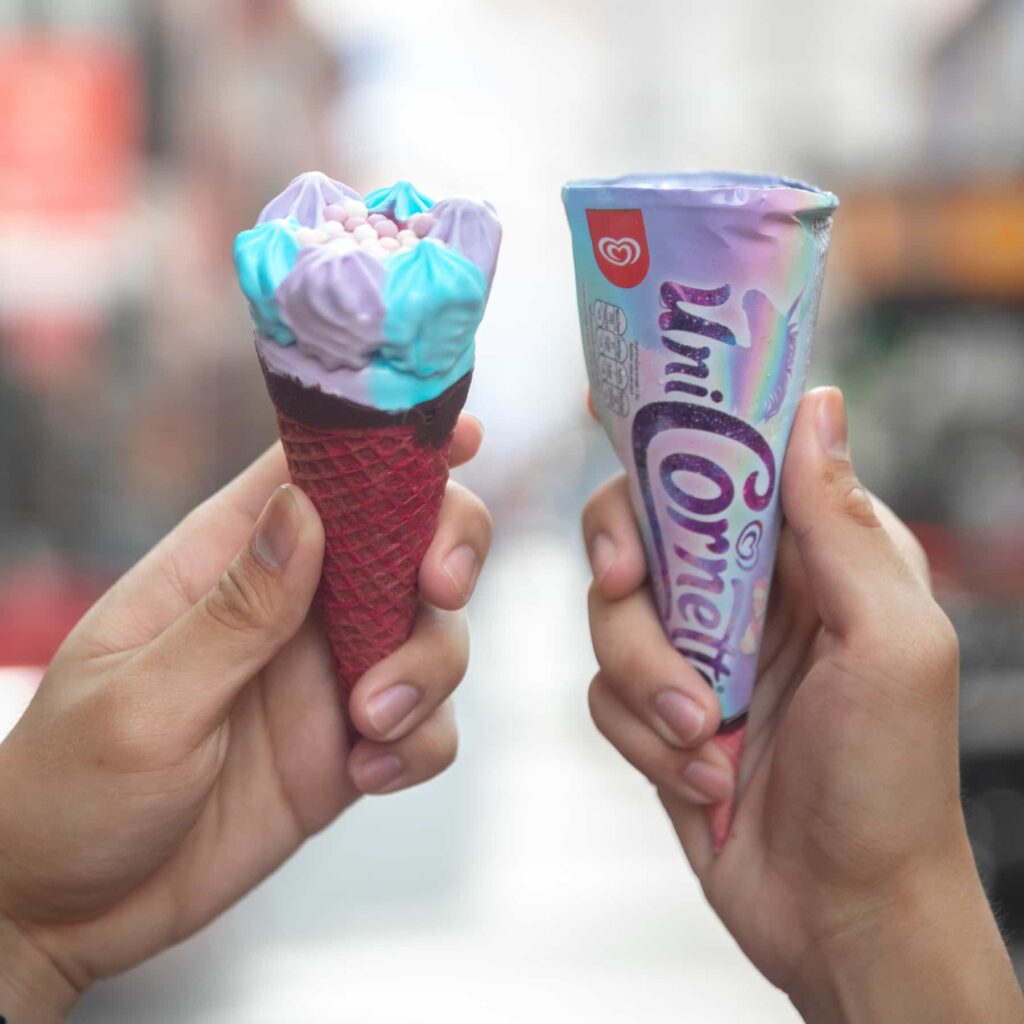 Of course we headed straight for our nearest 7-Eleven to see if the Unicornetto tasted as magical as it looks. At first glance, the Unicornetto looks exactly like how it appeared in its ad and posters: a colorful, diabetes-inducing cone that must be Instagram-ed before it can be eaten.
Just like we expected, the Unicornetto tastes like a regular Cornetto but sweeter. The ice cream is also slightly thicker – to mimic the consistency of a marshmallow, we’re guessing. 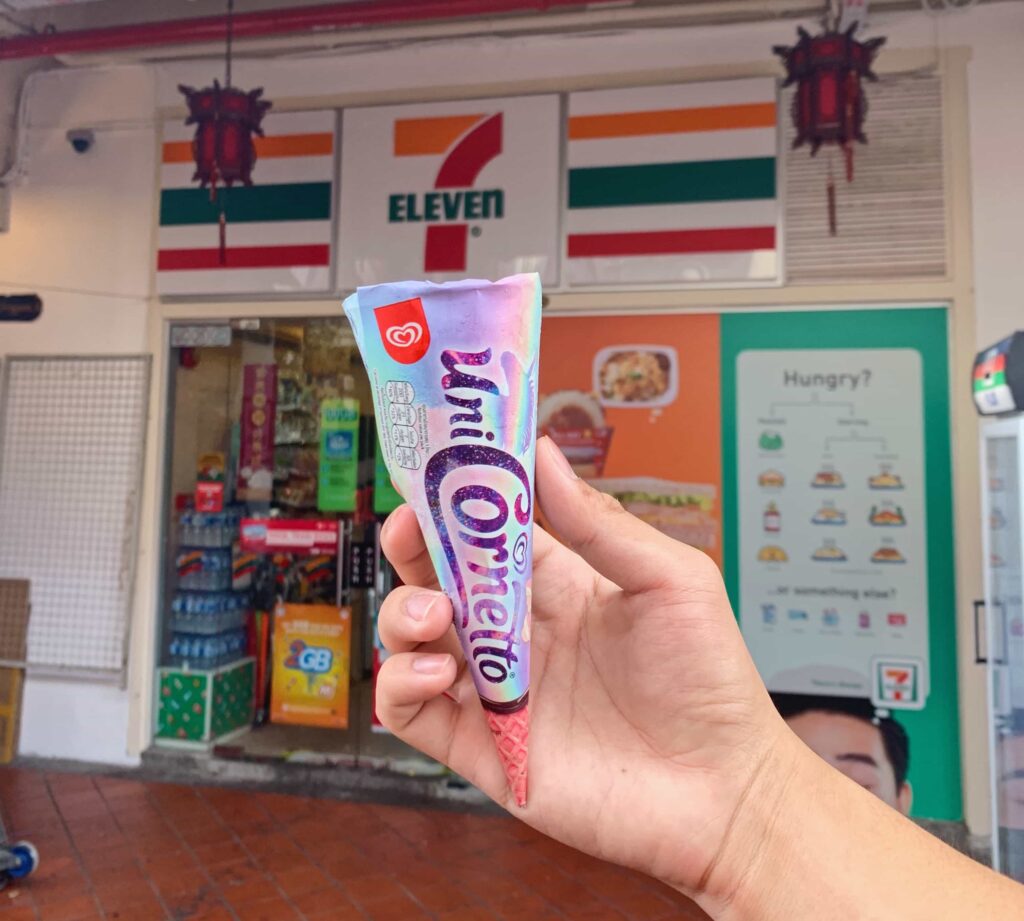 The Unicornetto is easily recognizable as it comes packaged in a holographic blue and purple wrapper to match the ice cream. The next time you pass by a 7-Eleven, do pop inside to see if they’ve got it as it’s only available at selected outlets! We got ours at the 7-Eleven along Smith Street in Chinatown in case you were wondering.
Unicornetto retails at $2.80 each and can be found at selected 7-Eleven outlets islandwide. 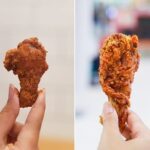 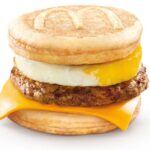