Original Orient Express train carriages are coming to Gardens by the Bay! As a part of the Once Upon a Time on the Orient Express exhibit, fans of the Murder on the Orient Express novel and movie, or just history and locomotive buffs in general, will be able to see and experience these luxury trains from the early 20th century for themselves. There will also be a restaurant and cafe so you can travel through time and experience the intrigue and luxury travel offered by these trains almost a hundred years ago.

The exhibit will run for six months, from this December to June 2021. In addition to artefacts on display, including two original 1930 Orient Express trains and a 158-year-old locomotive from France, visitors can also partake in fun interactive experiences like an escape room where you’ll get to be to solve a murder mystery yourself.

Marvel at items from a century ago including uniforms, a Louis Vuitton original luggage, and valuable items carried by the Orient Express’ upper-class travellers.

Want to know how it was like to travel in luxury back in the early 20th century? You now can have a taste, literally, by having a meal in a restaurant car! Enjoy special menus curated to create a rich sense of history, culture, and refinement, and grab a coffee from the road cafe that offers a series of blends made famous along the train’s route.

Tickets for the event are priced at $25 per adult, or $88 for 2 adults and 2 children, and will go on sale through Sistic on 2nd October, 9am.

Gardens by the Bay 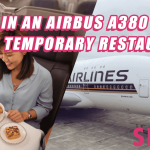 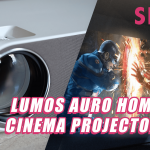