In case you didn’t know, Haidilao offers more than just hotpot. This popular steamboat chain also has specially brewed beer under their name!

According to Haidilao’s website, German Wheat Beer is developed by SUNMAIT, a Taiwan beer company and brewed by the German company URBRÄU’s factory in China. The traditional wheat beer brewing process in the Bavarian region of southern Germany is applied, giving the beer dense and delicate foam and a mixed aroma of fruit, malt and hops. The taste is mild and smooth, thus it will appeal to those who prefer a lighter taste!

The Haidilao Beer is now available at selected NTUC FairPrice outlets, and was last spotted at the Woodlands Civic Plaza branch($10.90 for 2 cans)! 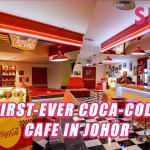 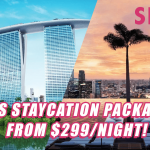