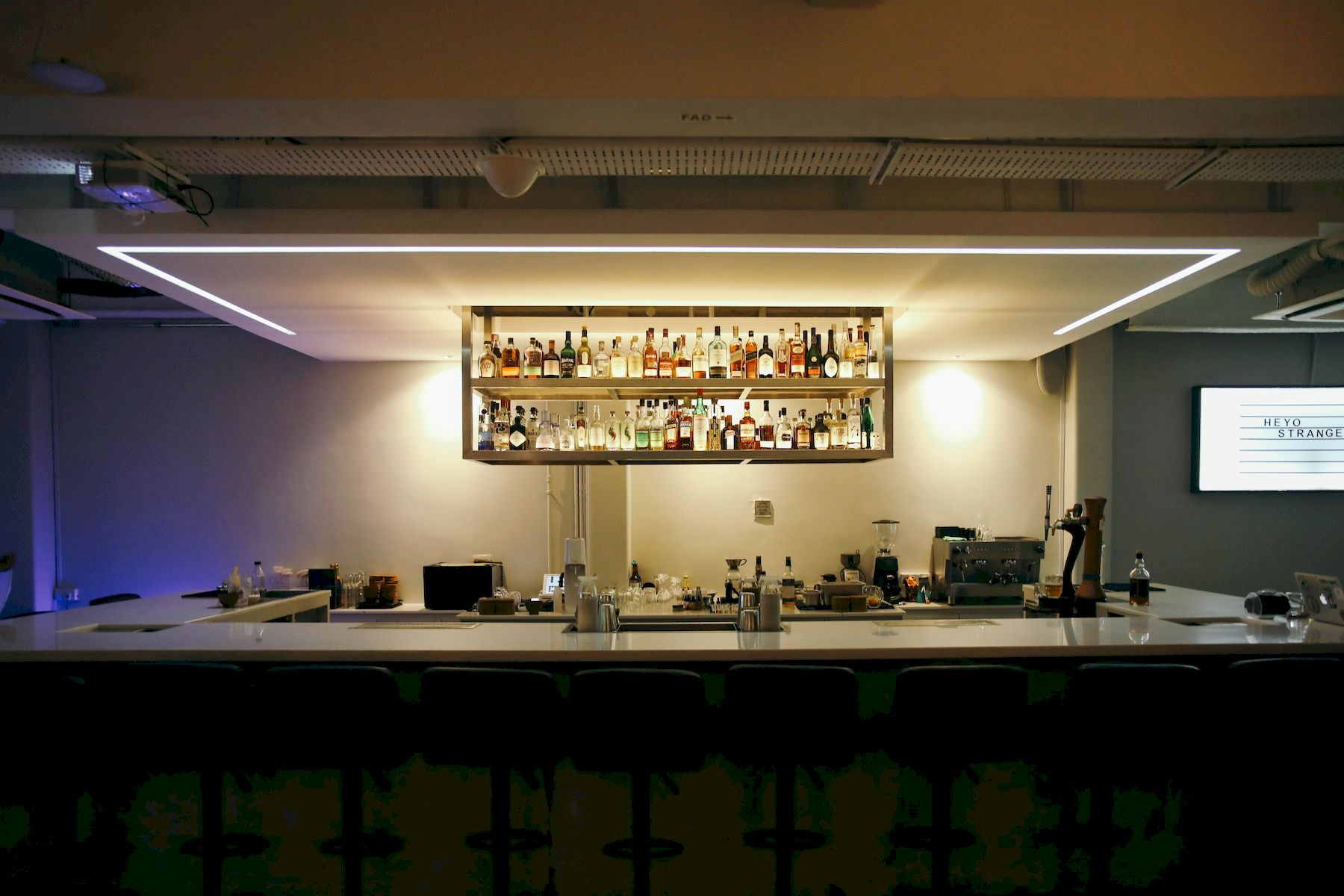 With hardly any signage around NCR, it’s easy to walk past the bar without realising that you’ve just missed out on a gem. Nestled in an office building along North Canal Road, the plain white door to NCR is nondescript, but give it a push and you’ll be transported to an industrial-themed space with concrete walls, marble tables, psychedelic screen projections, and a very photo-worthy marquee lightbox, complete with alternative rock music blasting in the background! 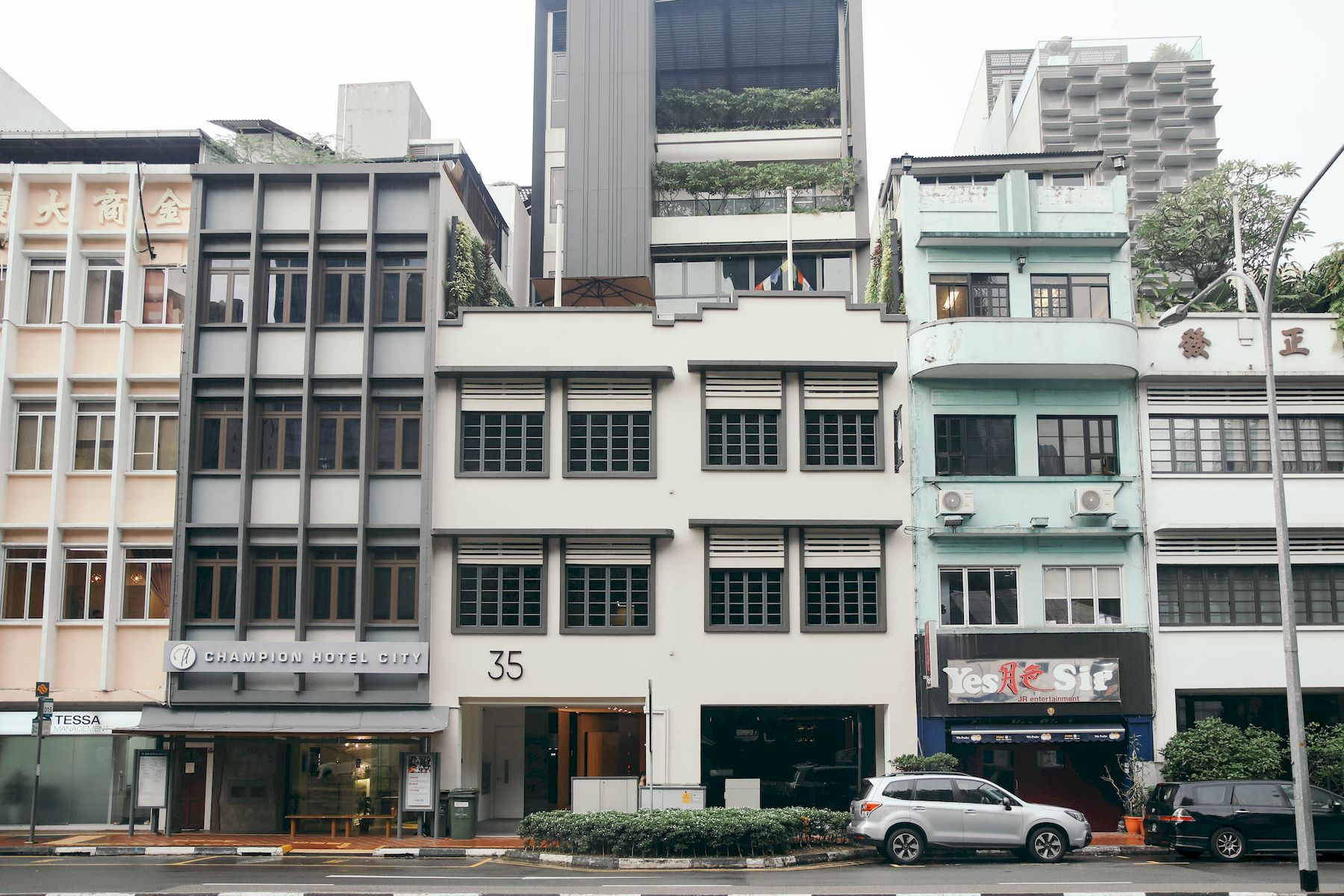 The only indication of NCR are the numbers 35. 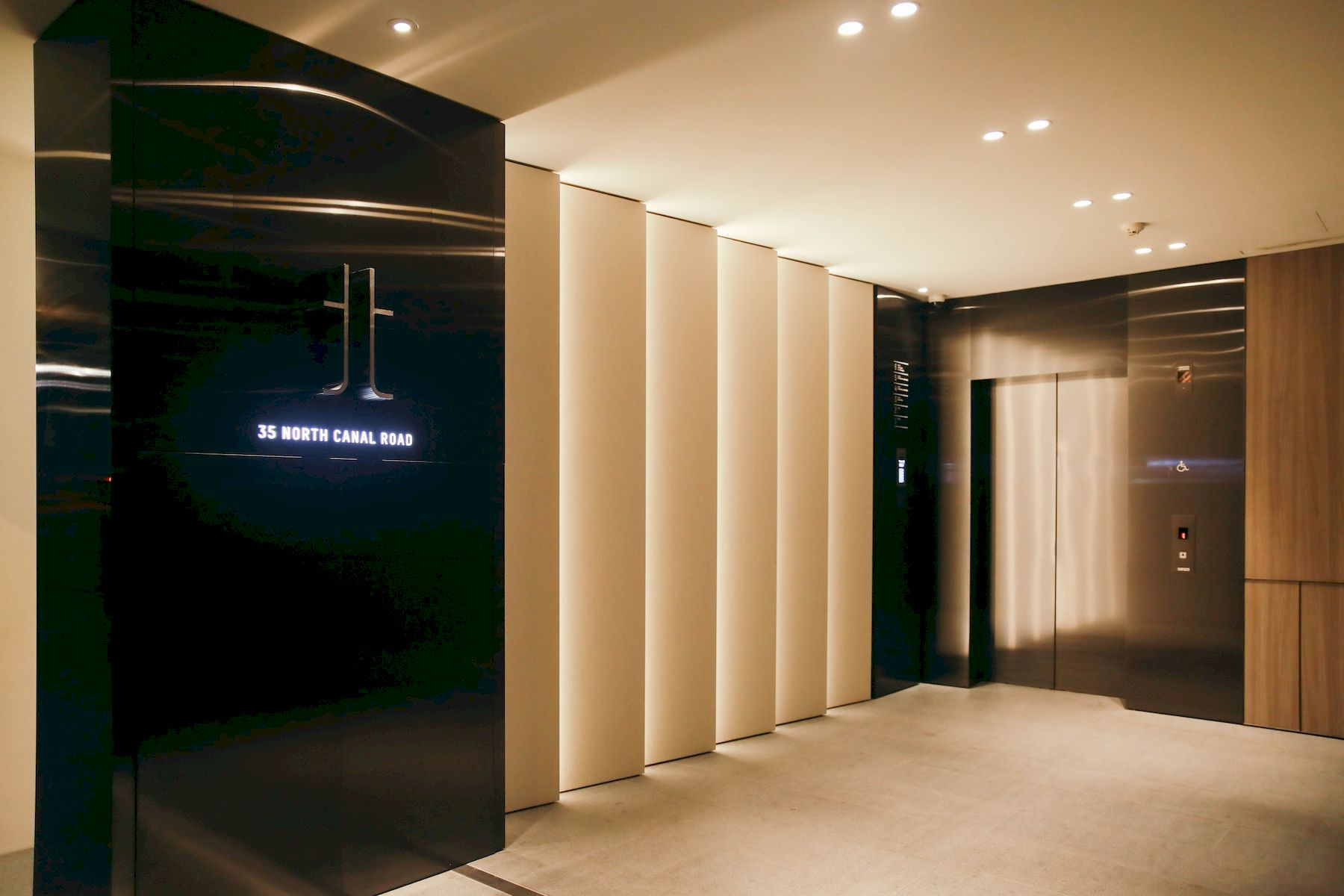 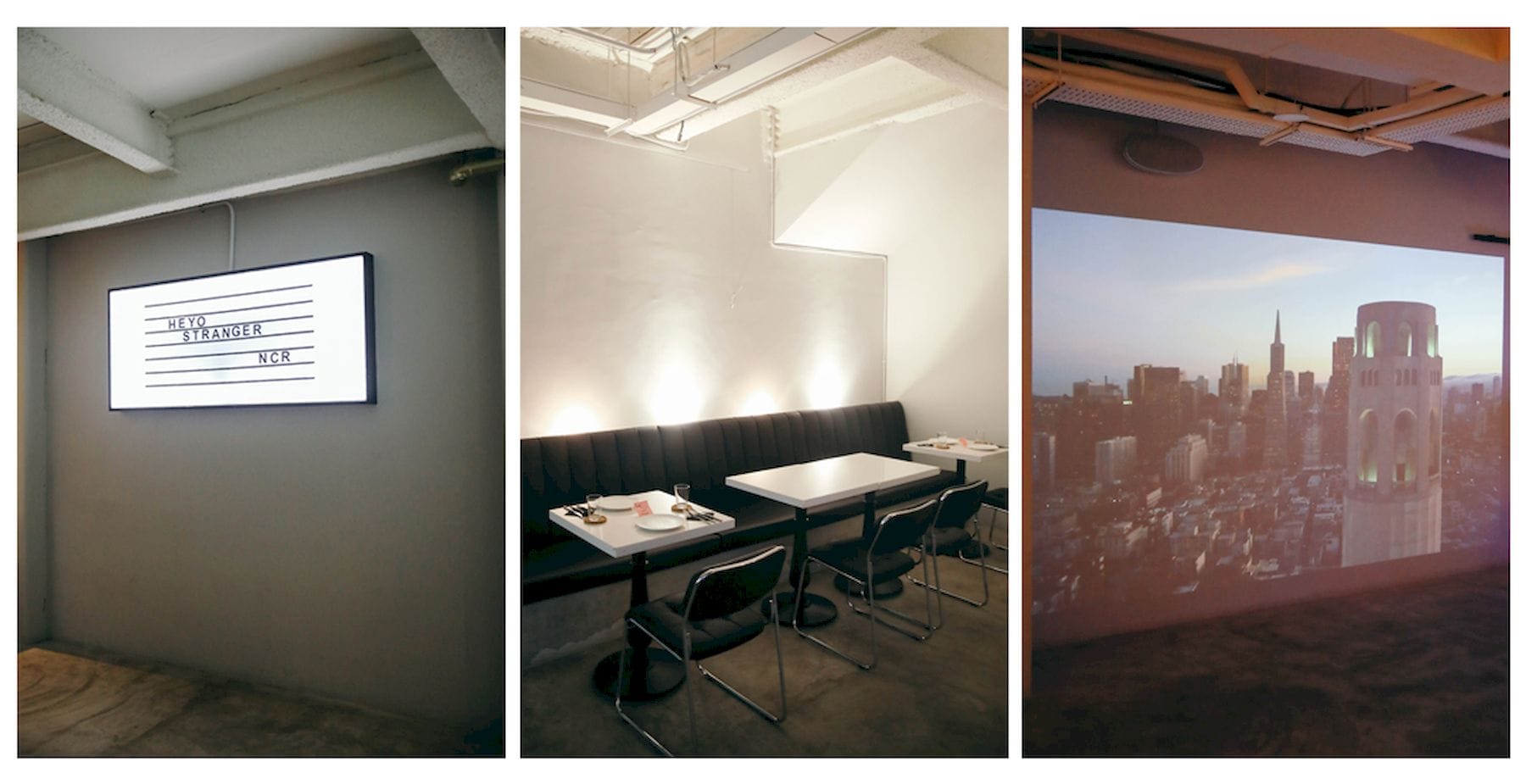 In other words, it’s a complete 360-degree turn from their previous concept, Fancy, which had a minimalist approach to cocktails and dining. Instead, NCR, which was only recently launched early this October, is all about raw experiences, exploration, and having fun! 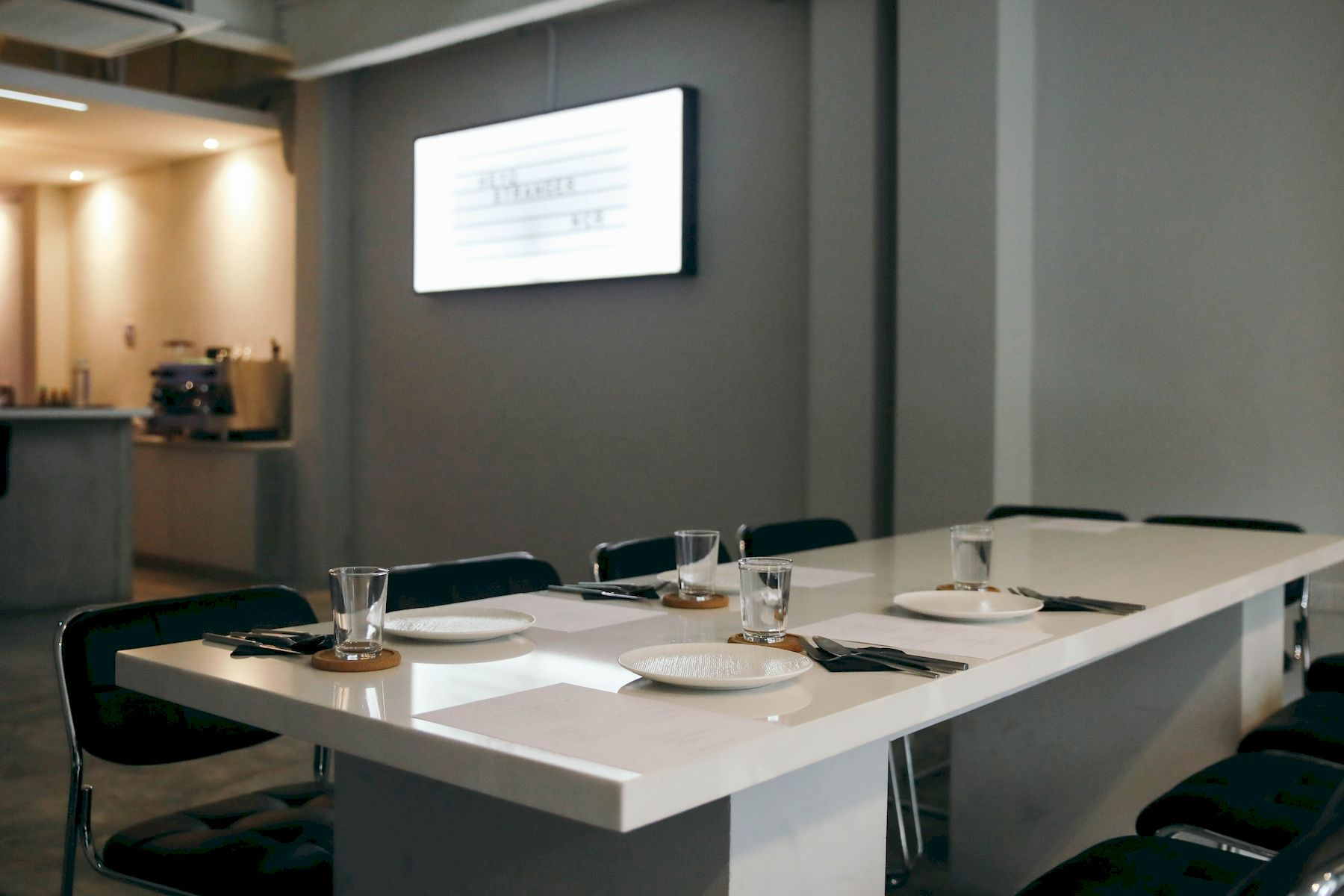 NCR also has different seat sections for different groups of people – those who seek solitude, small-group intimacy, or large-group bonding.

Sip on creative cocktails inspired by emotions like death, comfort, and separation, and feast on an impressive menu “Butter” that showcases the versatility of food – we’re not kidding, there’s even a tomato dish that has seemingly unassuming tomatoes prepared in six different ways.

Meant to stir our imagination with French techniques and local flavours, Butter is made up of a total of 15 dishes. New dishes will be introduced every 3 months, but for now, here’s what awaits you: 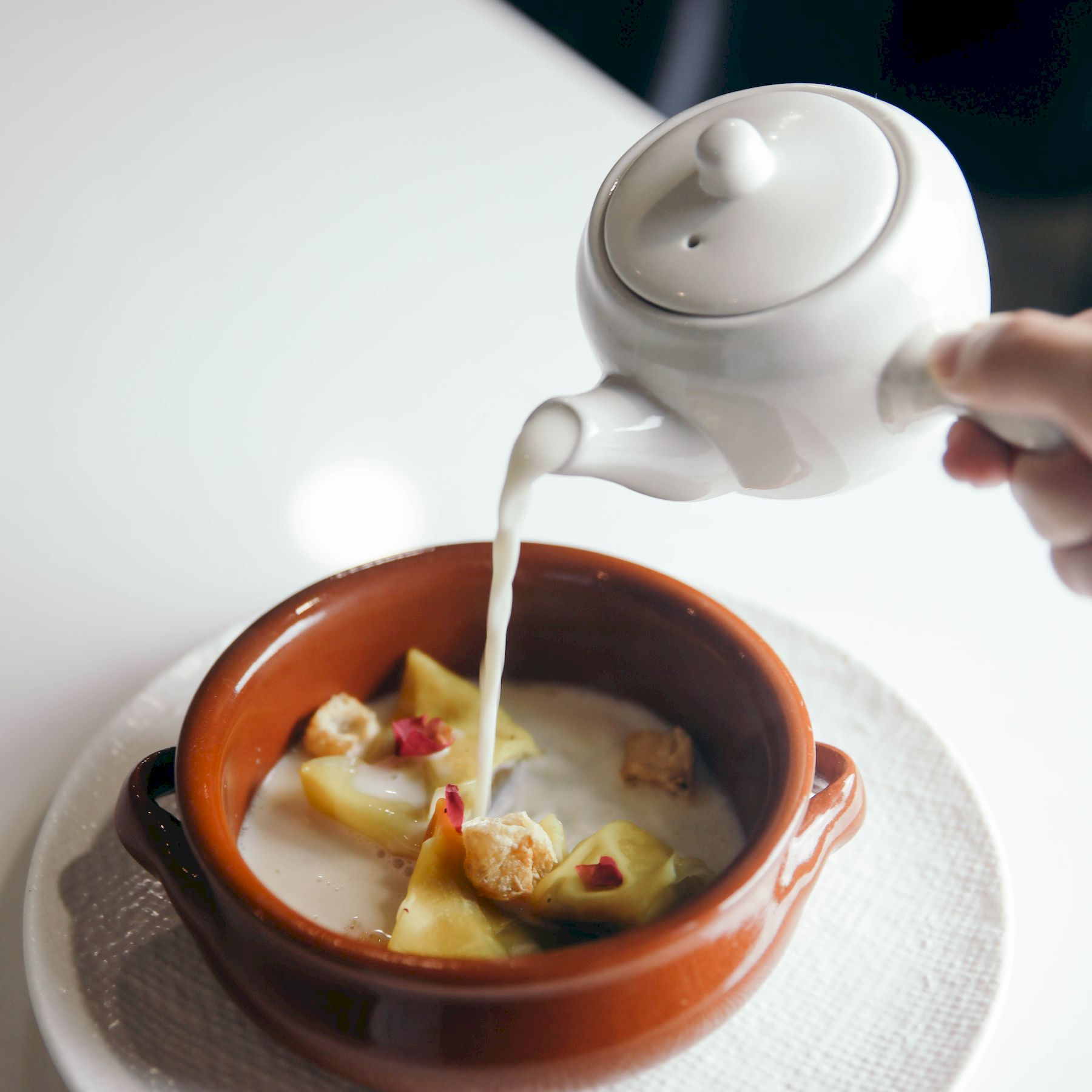 Creamy, hearty, and flavourful, the Pork Tea Party ($12) is a bowl of comforting Chinese soup made with European-influenced aesthetics. Invoking that warm homely feeling that you don’t often find in upscale restaurants, the dish has a distinctly Chinese pepper-garlic pork broth base, and wonton skins are used to make the tortellini. 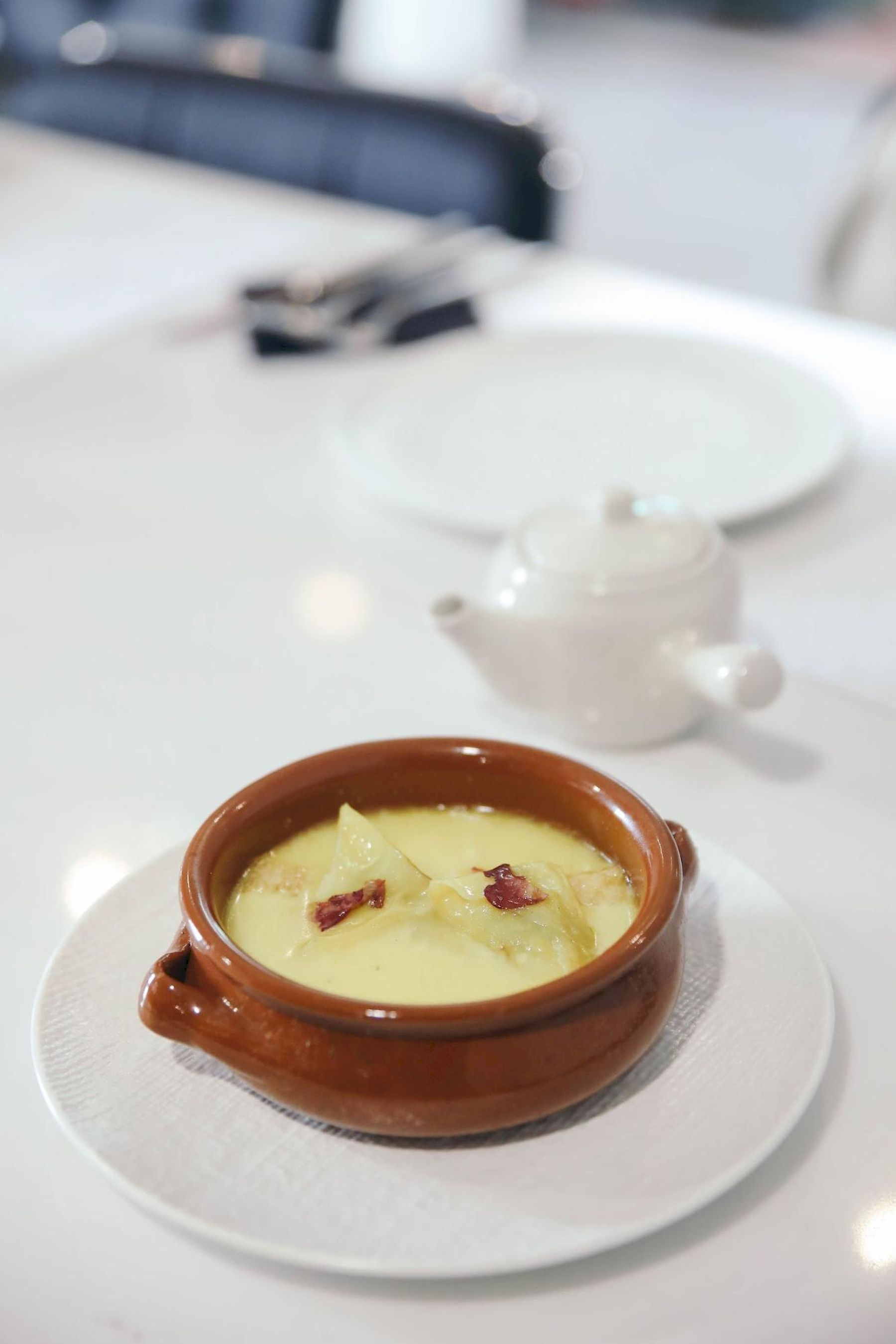 The tortellini is then stuffed with pork collar fillings, which is marinated with simple spices and seasoning – just like how a home-cooked meal in most Chinese households are prepared! 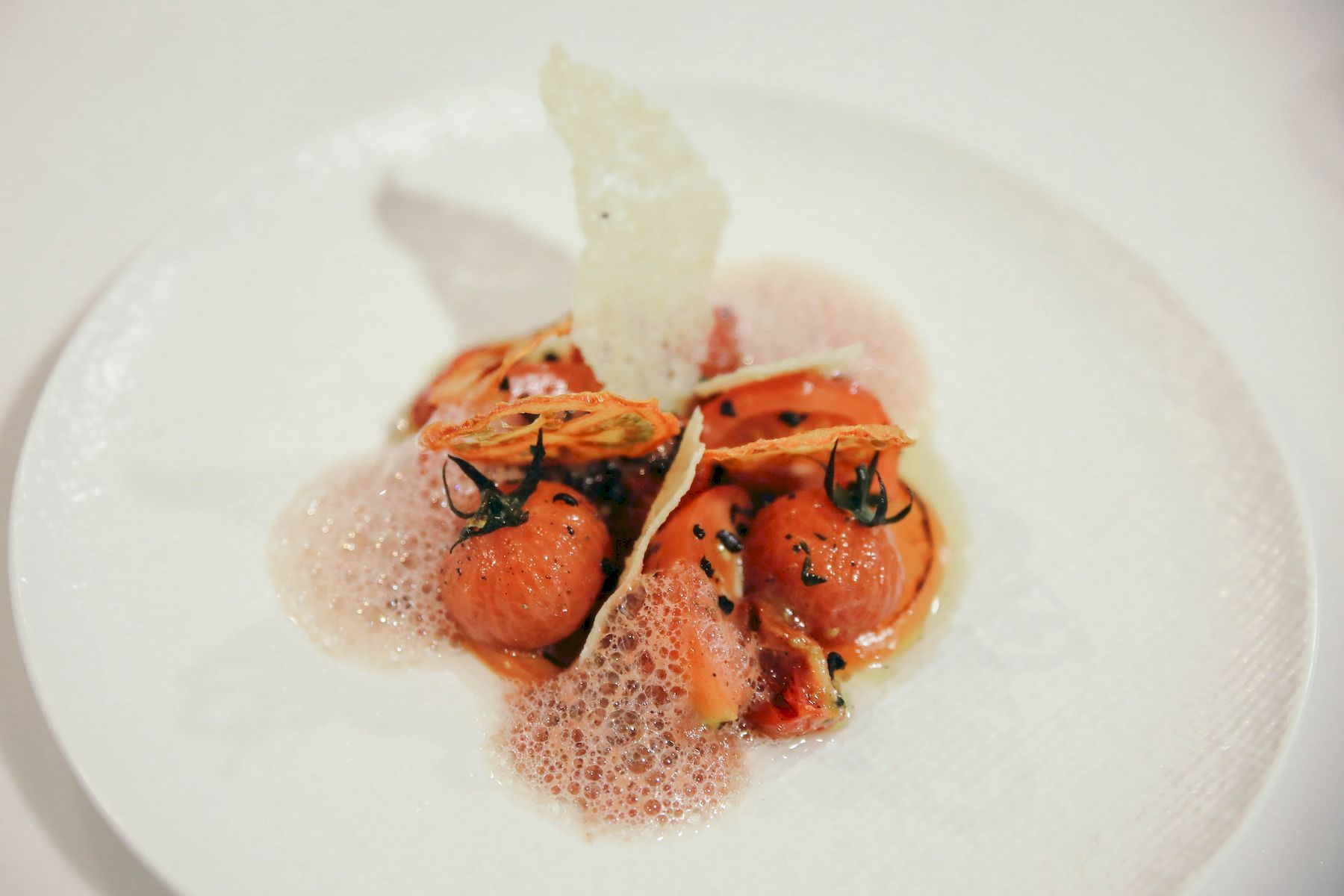 If you’re not a huge fan of tomatoes, Six Tomatoes ($12) will change your mind and show you that these modest vegetables can actually taste good. 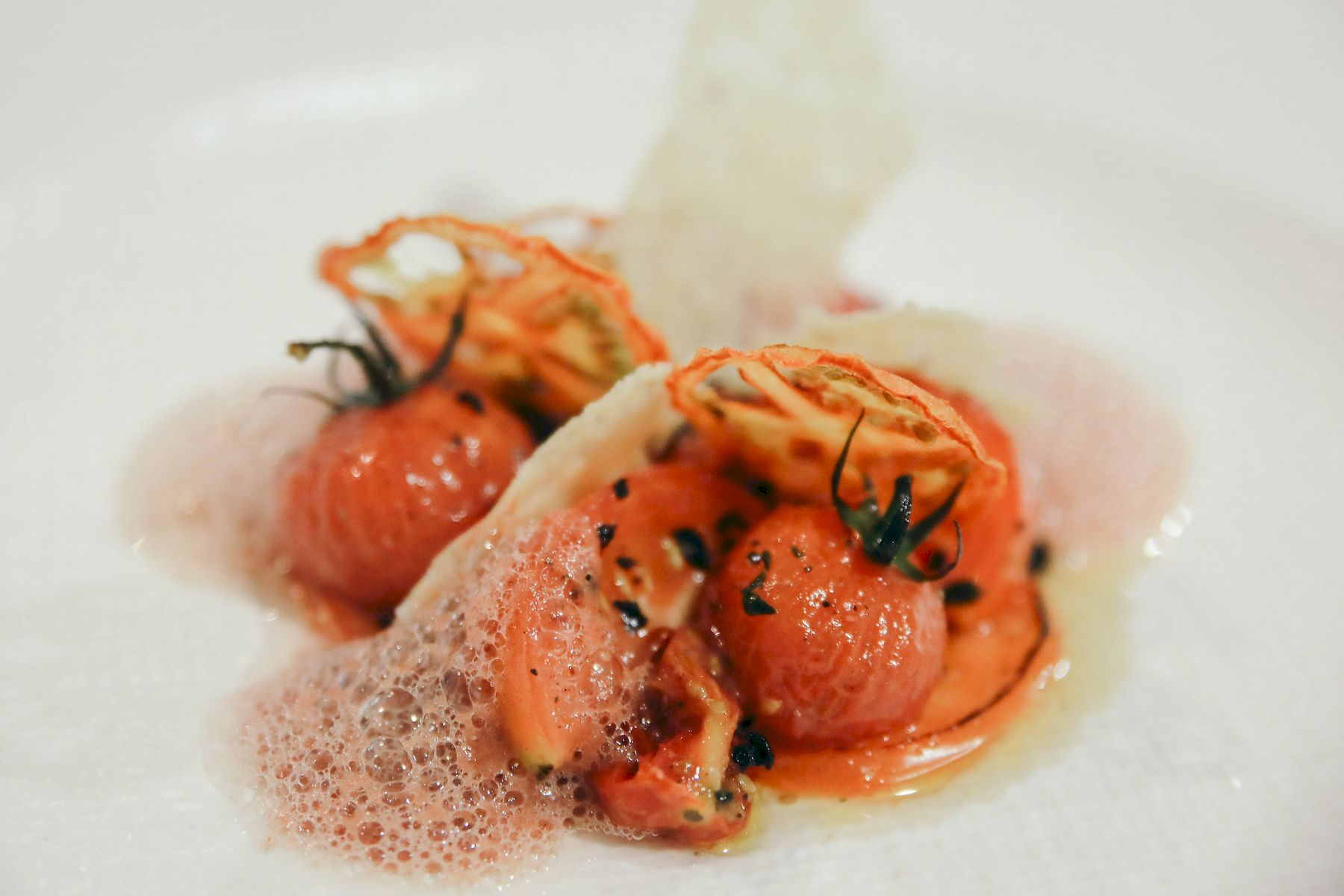 Consisting of caramelised tomato brûlée, chargrilled tomatoes, sun-dried tomatoes, dehydrated tomato chips, tomato confit, and tomato foam, there are tomatoes cooked in ways that you’ve never imagined possible before, and it leaves you wondering about the unexplored tastes that other ingredients have to offer! 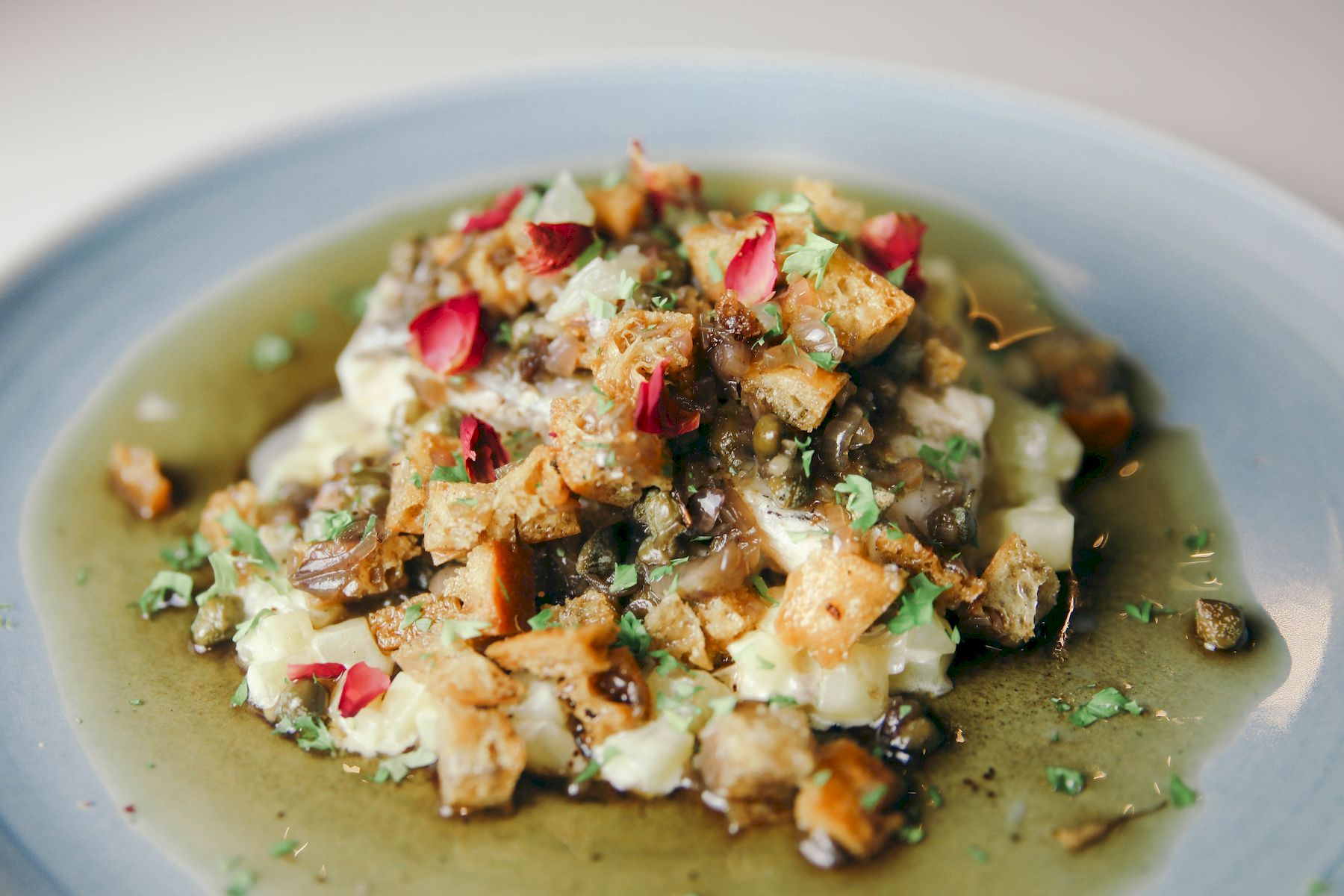 We had the French Seabass!

Mains include the citrusy Buttered Up Catch ($26), which is made with their catch-of-the-day, lime potato “risotto”, almost-burnt butter, and crispy croutons. 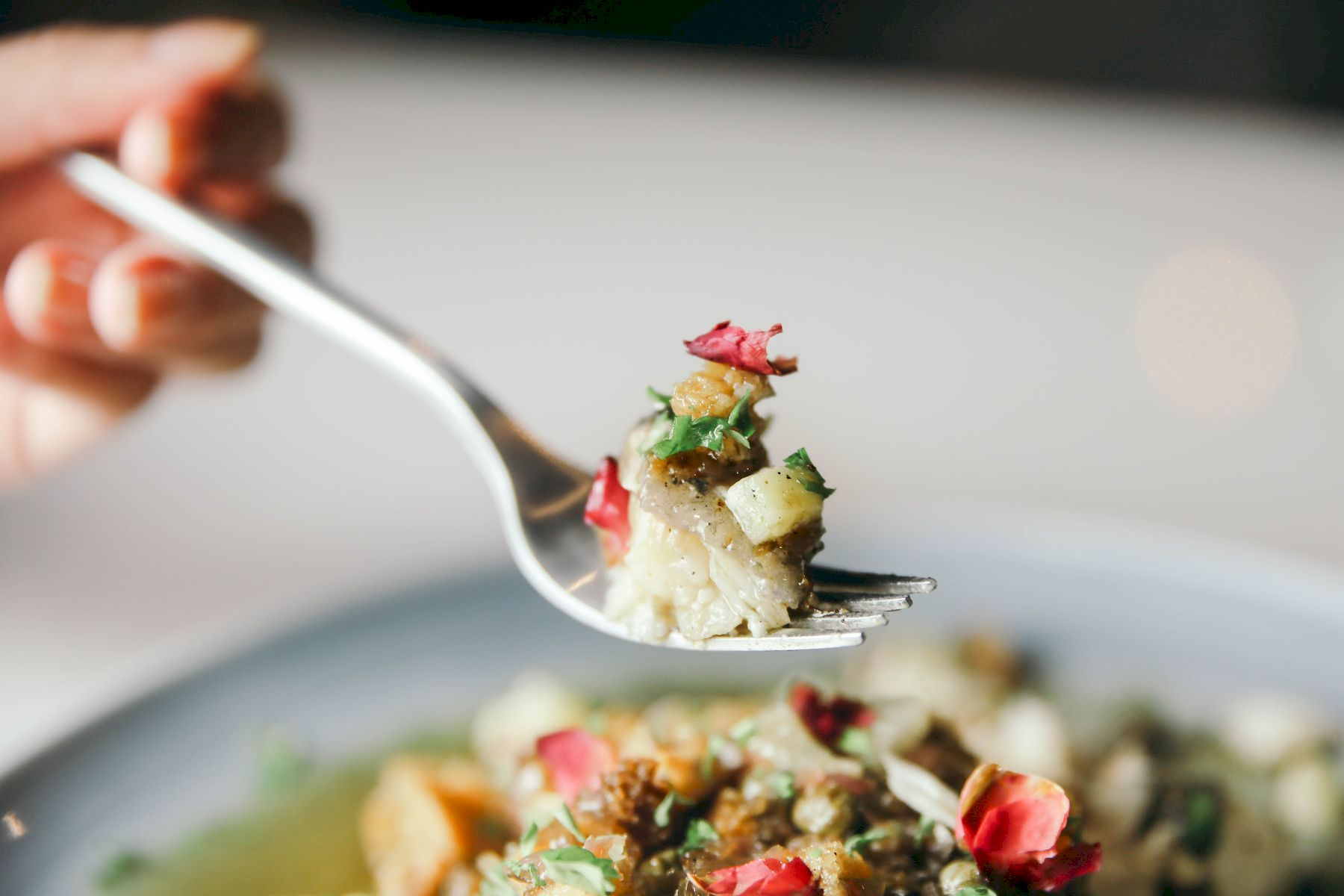 Highly addictive thanks to the tangy zest of the lime that helped to cut through the butter and whet our appetite, there was also a wonderful mix of textures that made this dish a sensory experience rather than just mouthfuls of tasty morsel – there was the tender fish meat, crunchy croutons, and firm potato cubes! 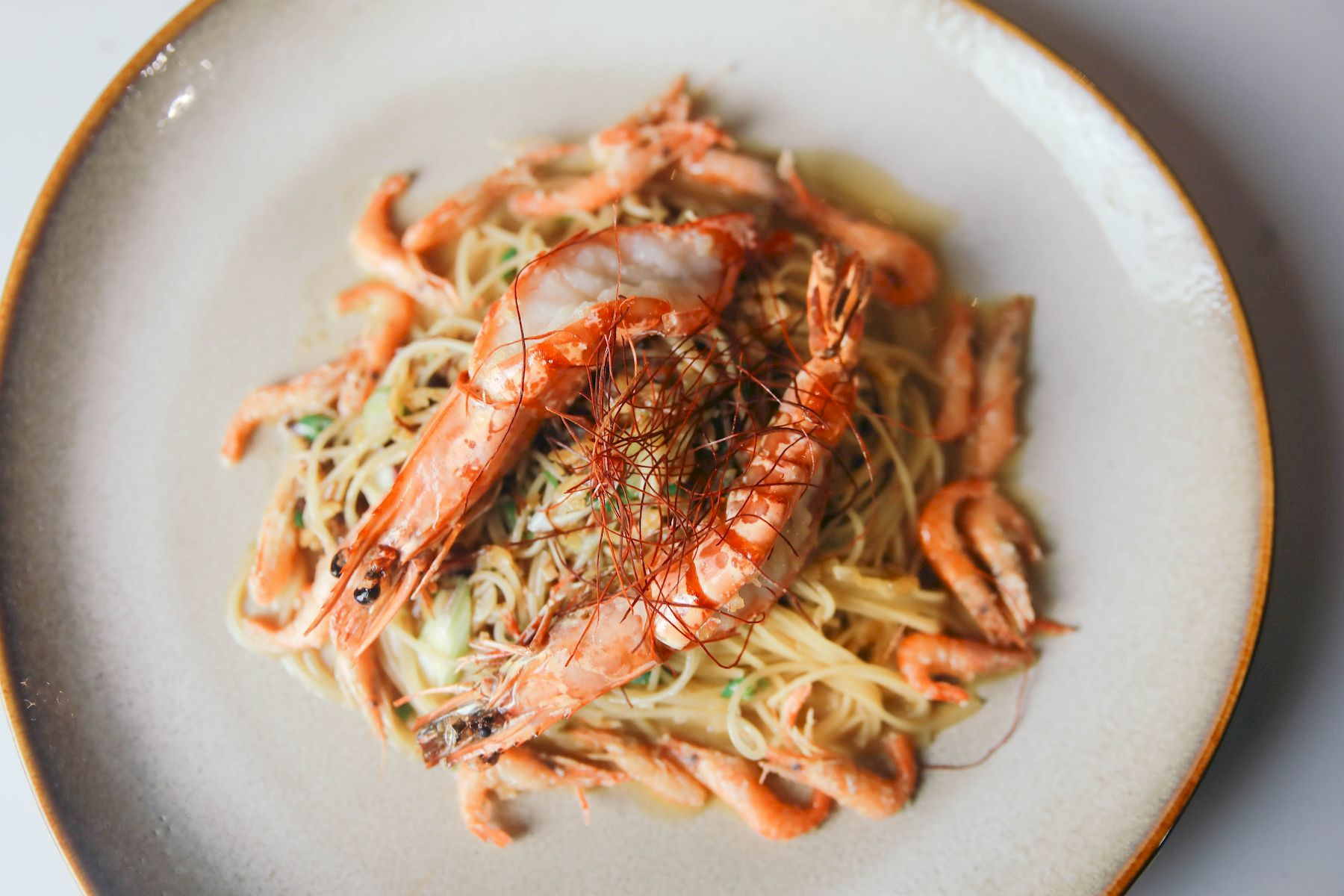 For those of you who can’t live without carbs, opt for the Trio of Prawn ($28), a French-style pasta whipped up with capellini pasta in XO sauce emulsion. 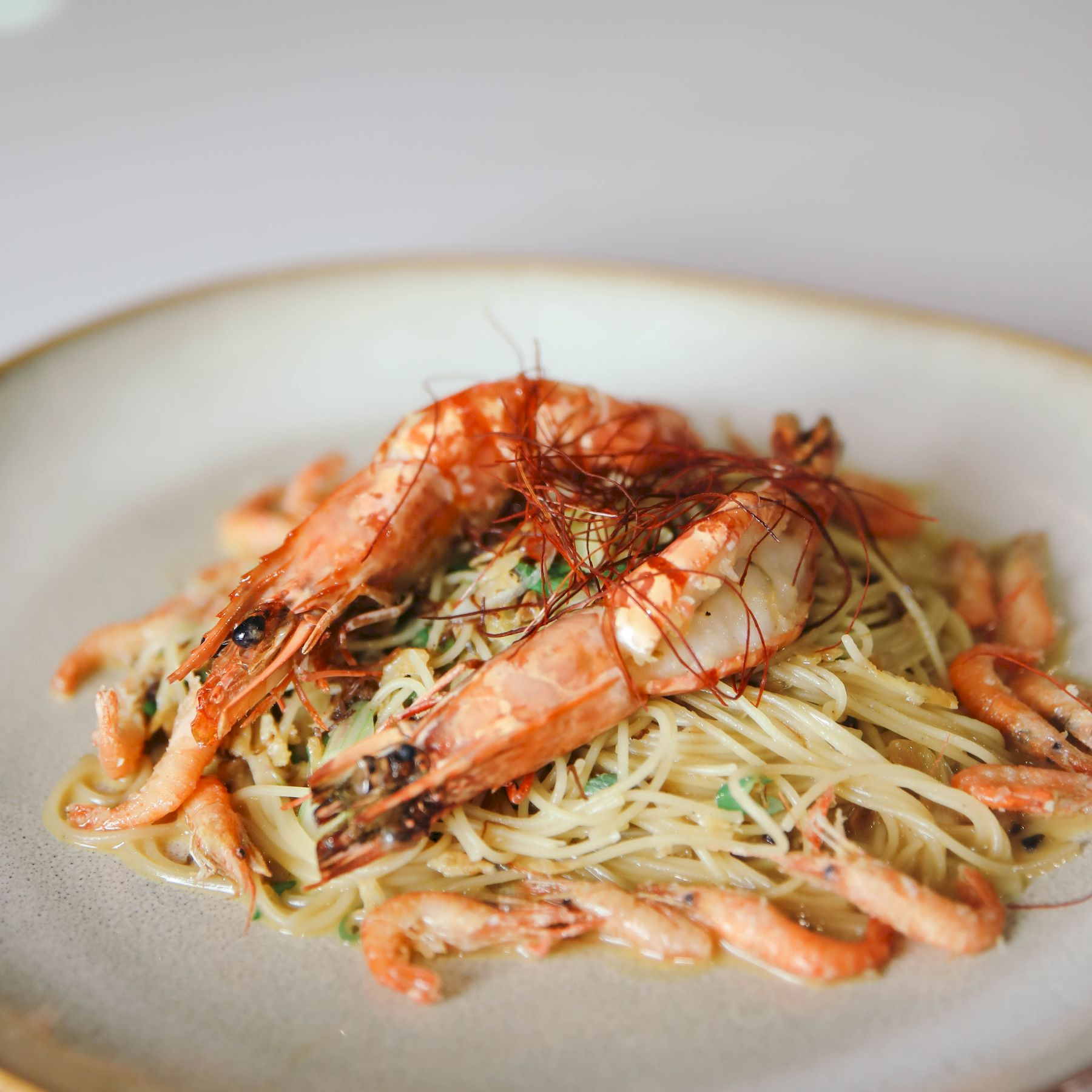 As the name states, three types of prawns are used for this dish – a local tiny shrimp, crispy kawa ebi that can be eaten together with its shell, and butterfly tiger prawn. Boasting a rich seafood sweetness with a subtle briny aftertaste, the Trio of Prawns makes for a great hit with seafood-lovers, but here’s a tip – try to not finish all the kawa ebi at once, because they’ll help to cleanse your palette if the dish gets too cloying! 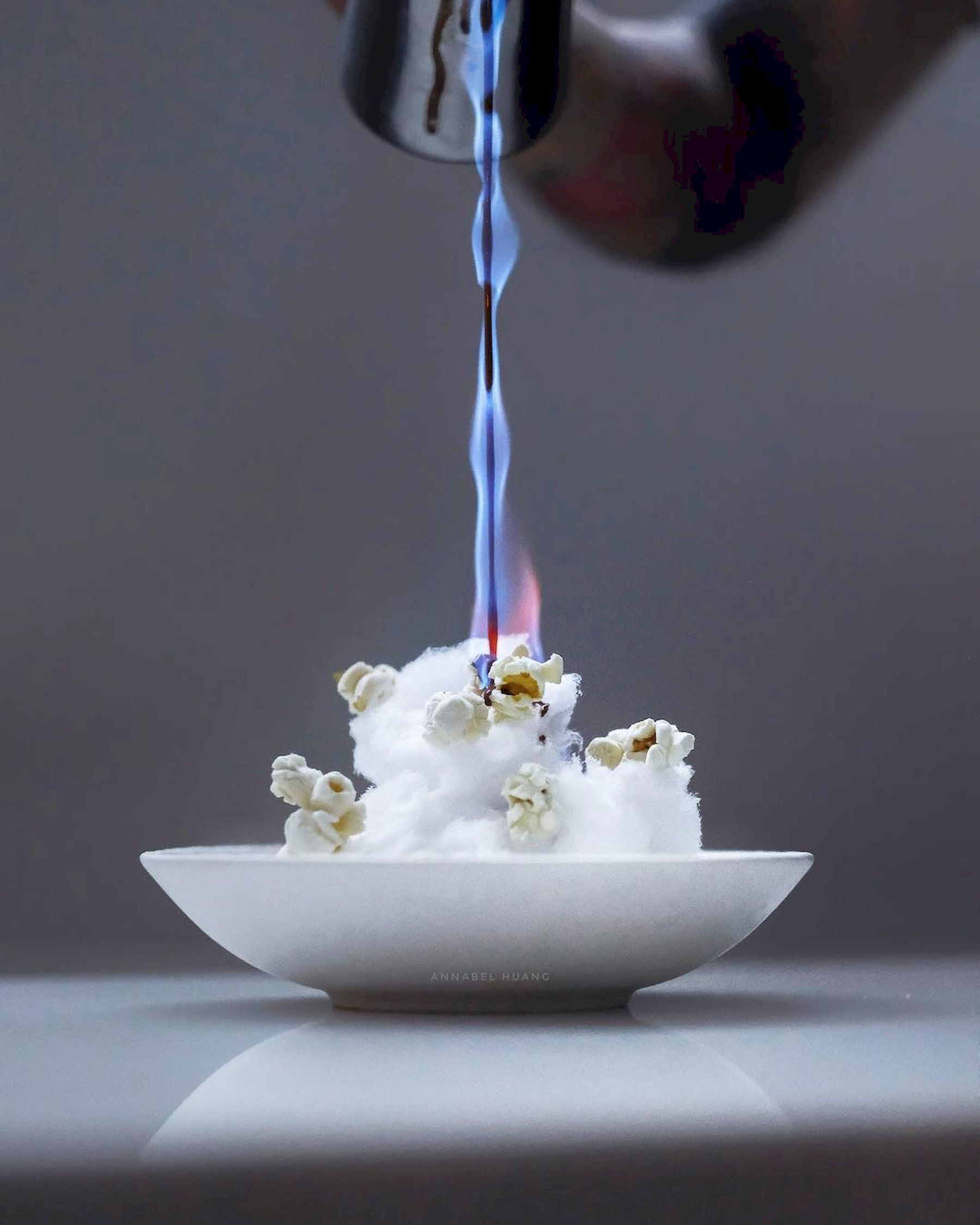 End off your meal on a sweet note with their equally creative desserts, which includes the Dark Cloud ($16), a cloud of white cotton candy and popcorn! A spectacular flame-lit alcoholic drizzle will melt it all to reveal a peanut butter-coated white chocolate ball, which encases another delightful treat – homemade dark chocolate ice cream. 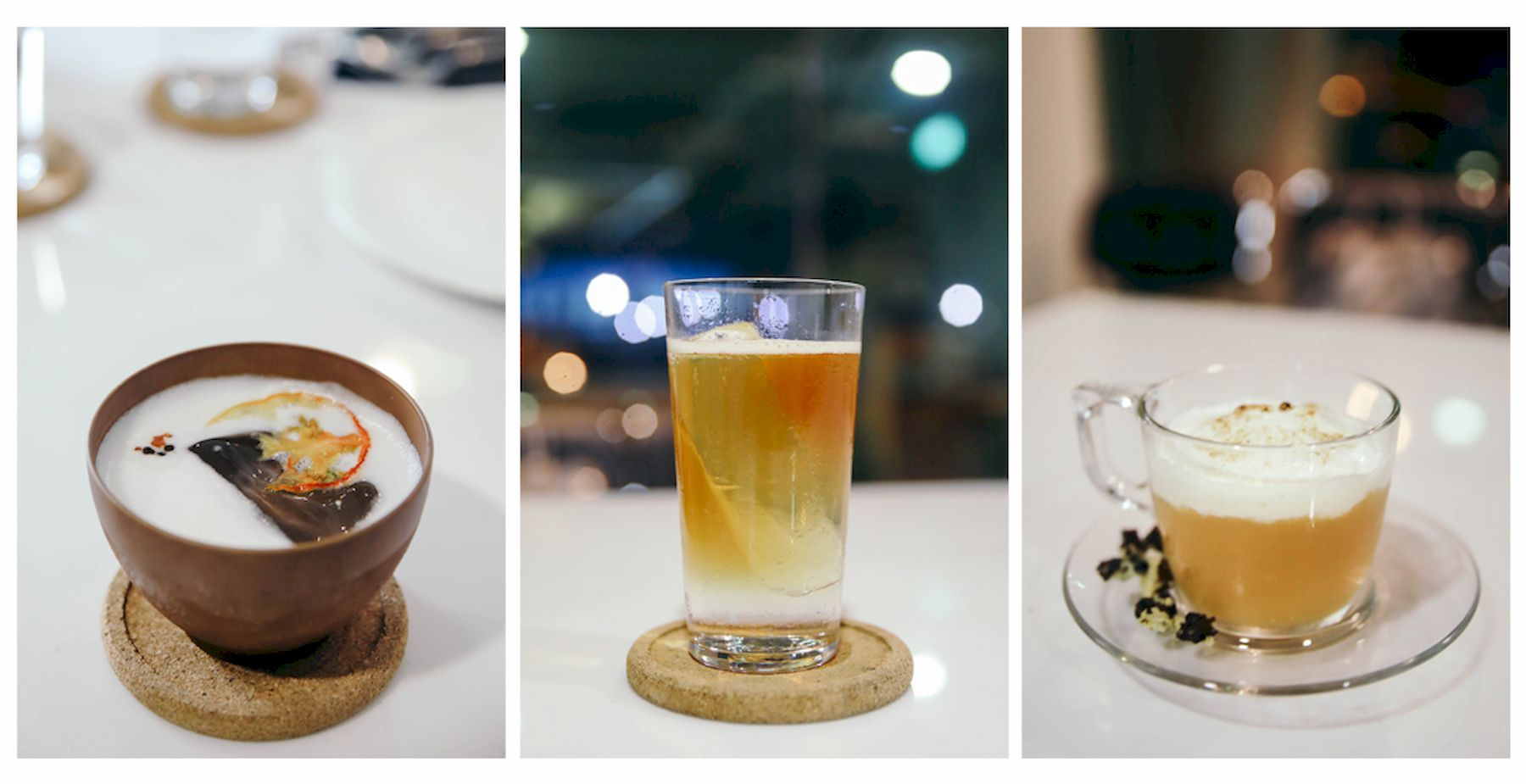 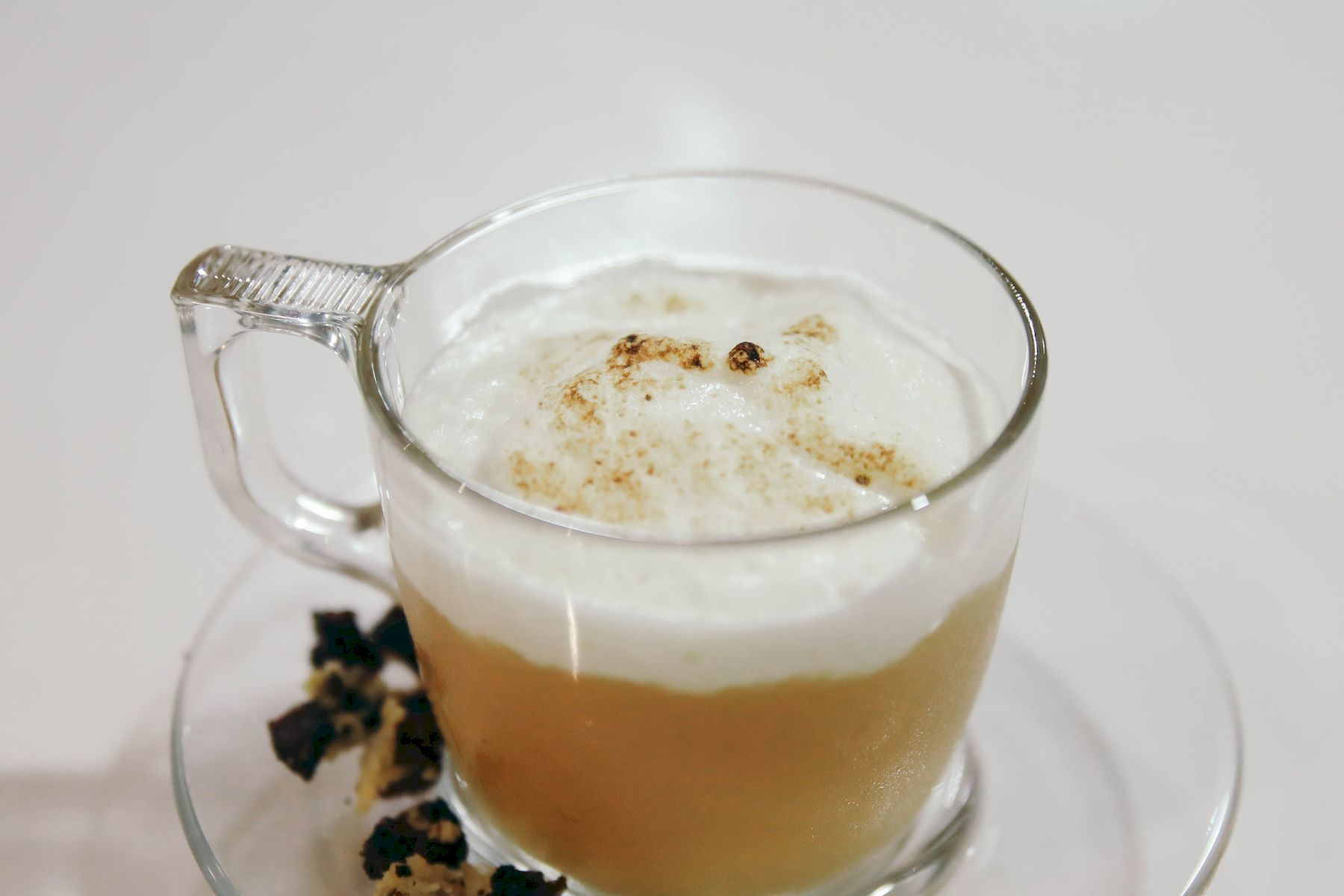 Most of the drinks are original creations by the Head Bartender, who used to work at Jigger & Pony, and bespoke drinks are available too! Highlights include Bird, a tangy Pisco-based cocktail infused with chicken stock, which was modelled after his grandmother’s chicken soup. Others include Juxtapose, a gin-based beverage with aromatic coffee and chocolatey notes to contrast between sweet and tart, and Toast, a dessert-style drink topped with savoury cheese, served with a side of rye whiskey-infused croutons for that hint of charred smokiness that toast bread has. 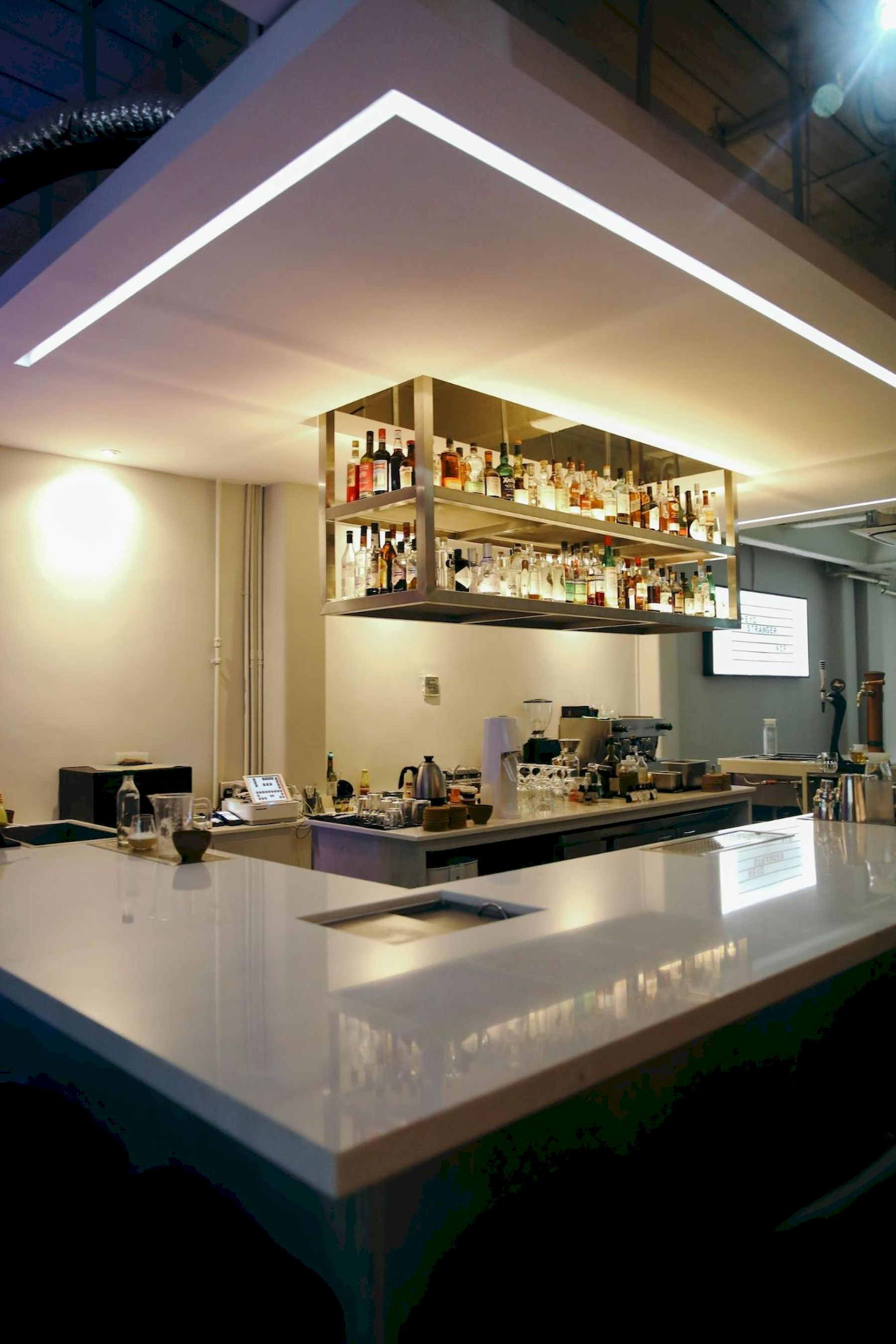 With new dishes set to be introduced every 3 months and themed nights like dance events and movie screenings in the planning, NCR is a must-visit with surprises to be uncovered every time. Make sure to keep a lookout for updates here on their Facebook page, and until then, drop by whenever you’re craving for bespoke cocktail creations, affordable culinary treats, and a refreshing night out!
NCR
Address:  #01-01, 35 North Canal Road, Singapore 059291
Opening Hours: Mon – Sat: 5PM – 12AM
Facebook