Fun events and festivals in Singapore

April is coming to an end, and there’s no better way to wrap it up than with a memorable day out – this weekend has got all sorts of unique and exciting programmes happening, including a fancy movie-under-the-stars camping experience, a gastronomical party, and 2 circus acts in town. 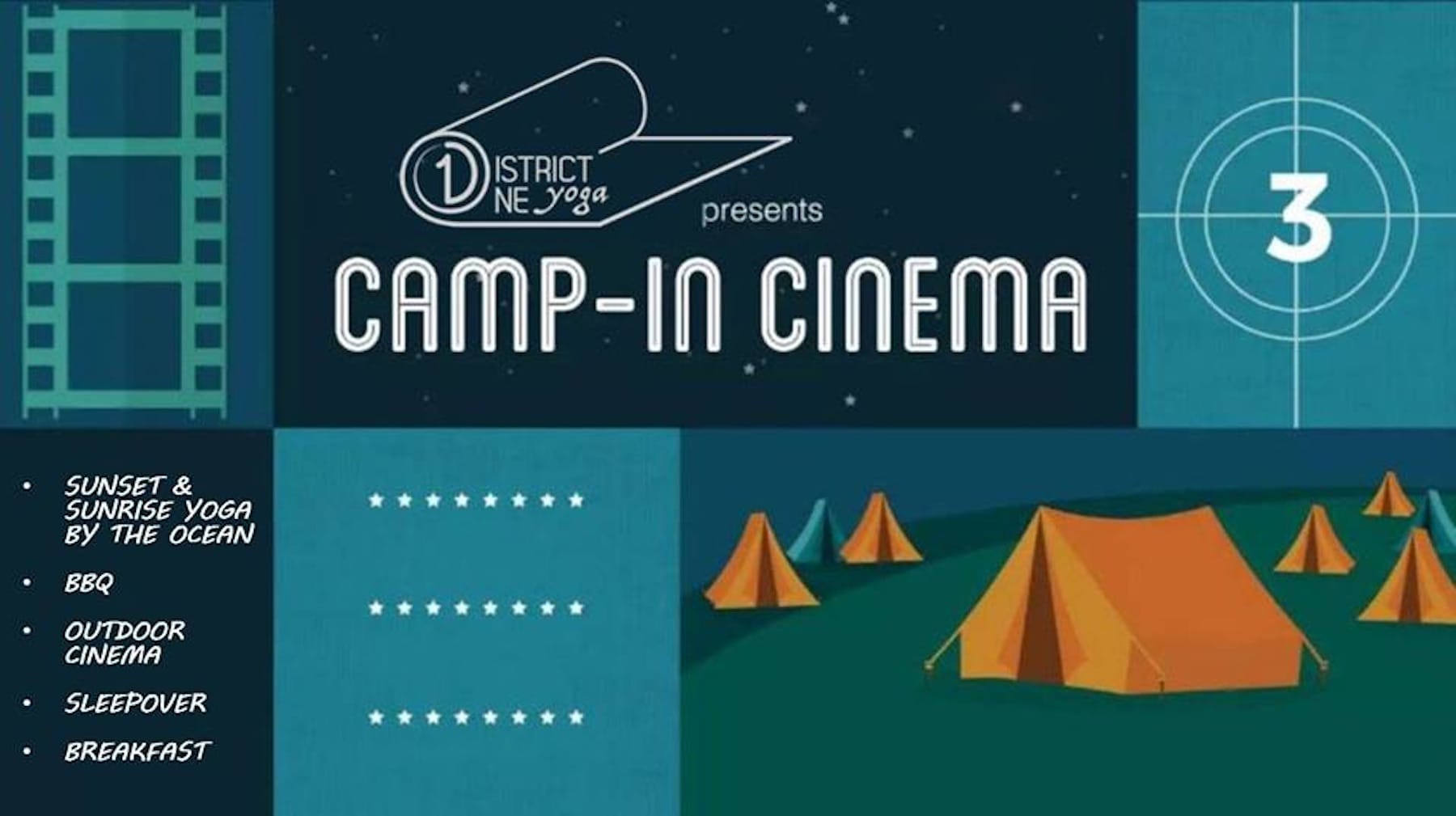 If you think camping is all dirt and bugs, think again – Camp-In Cinema is camping fit for royalty, with comfy mattresses, a silent “Cinema Al Fresco session”, freshly barbecued dinner, sunset and sunrise yoga, and a live DJ set.
There will be 3 such sessions in total, with Six Days Seven Nights screening first on 28th April and played through your own personal Silent Cinema Earphones. Tents will be set up for you before the event starts, and will be equipped with mattresses, pillows, and a comfort pack that includes a cooling fan, personal lamp, and toiletries. All you have to do is to bring a change of clothes and a yoga mat if you wish to partake in their yoga sessions!
Tickets can be purchased here.
Note: Due to the National Parks camping regulations, sleepover at Camp-In Cinema is only open to Singaporeans, PRs and Foreigners holding on to a Singapore Work Pass Permit or a Residence Permit, both with a valid residential address in Singapore.
Address: East Coast Park
Date & Time: 28 April 2018 | 6.20PM
Ticket Pricing: $98
Website 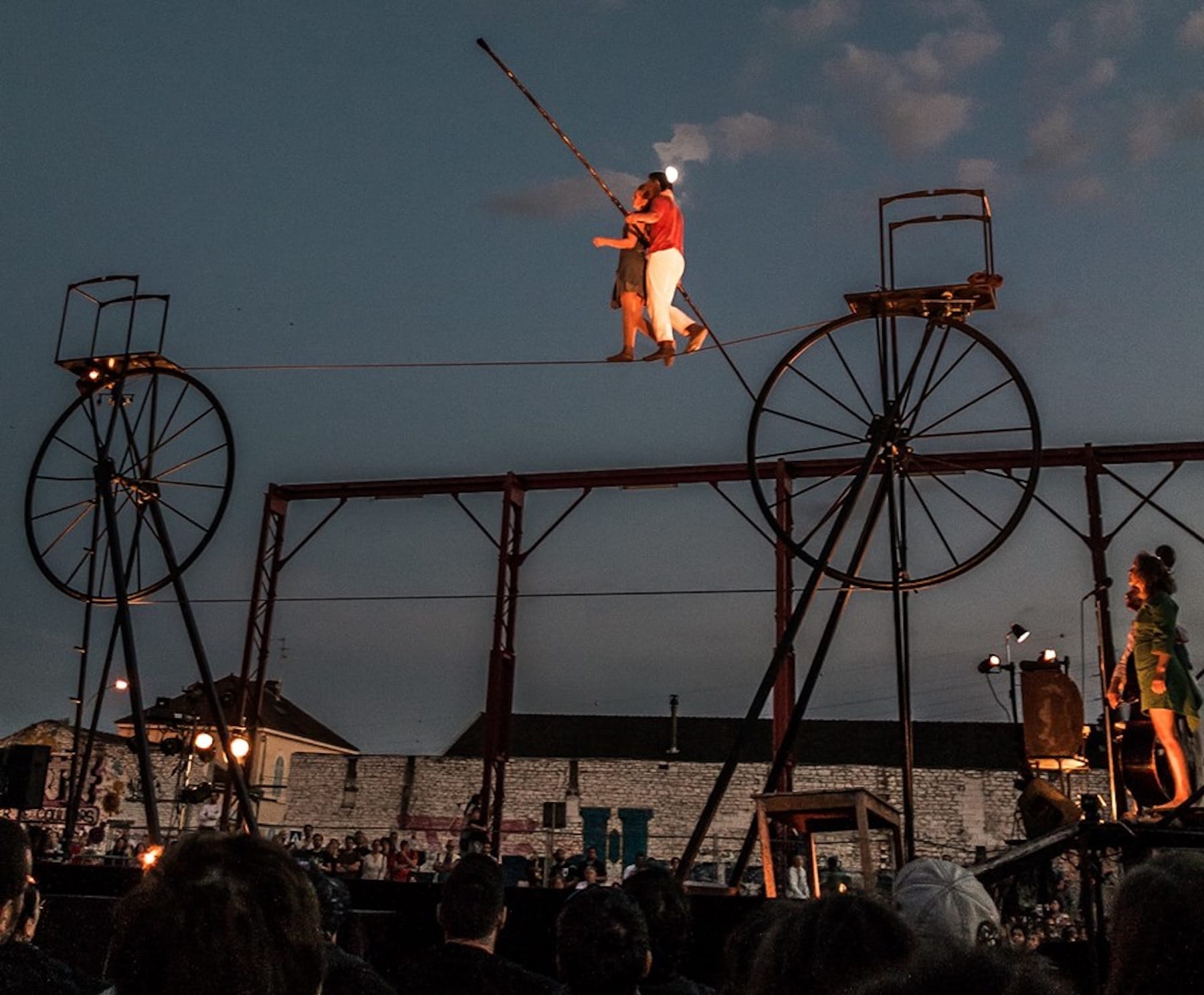 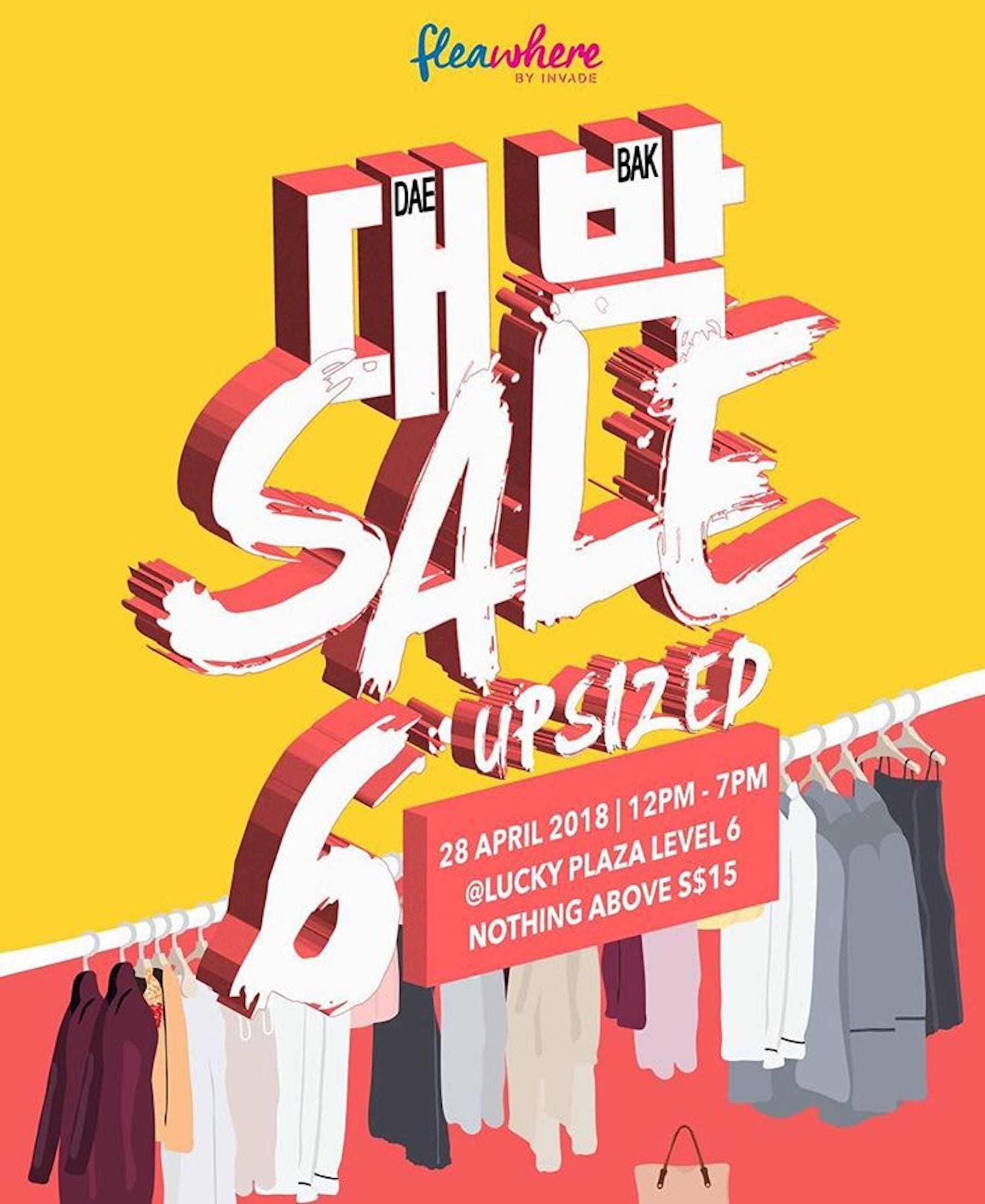 If you’re thinking of expanding your wardrobe, head down to Fleawhere’s DAEBAK V6.0 sale! “Upsized” to include loots from blogshops and Instagram style icons like lbrlabel, Charlotte Lum, and Cyndipiex, everything is promised to be under just $15!
Address: #06-48B, Lucky Plaza, 304 Orchard Road, Singapore 238863
Date & Time: 28th April | 12PM – 7PM
Website 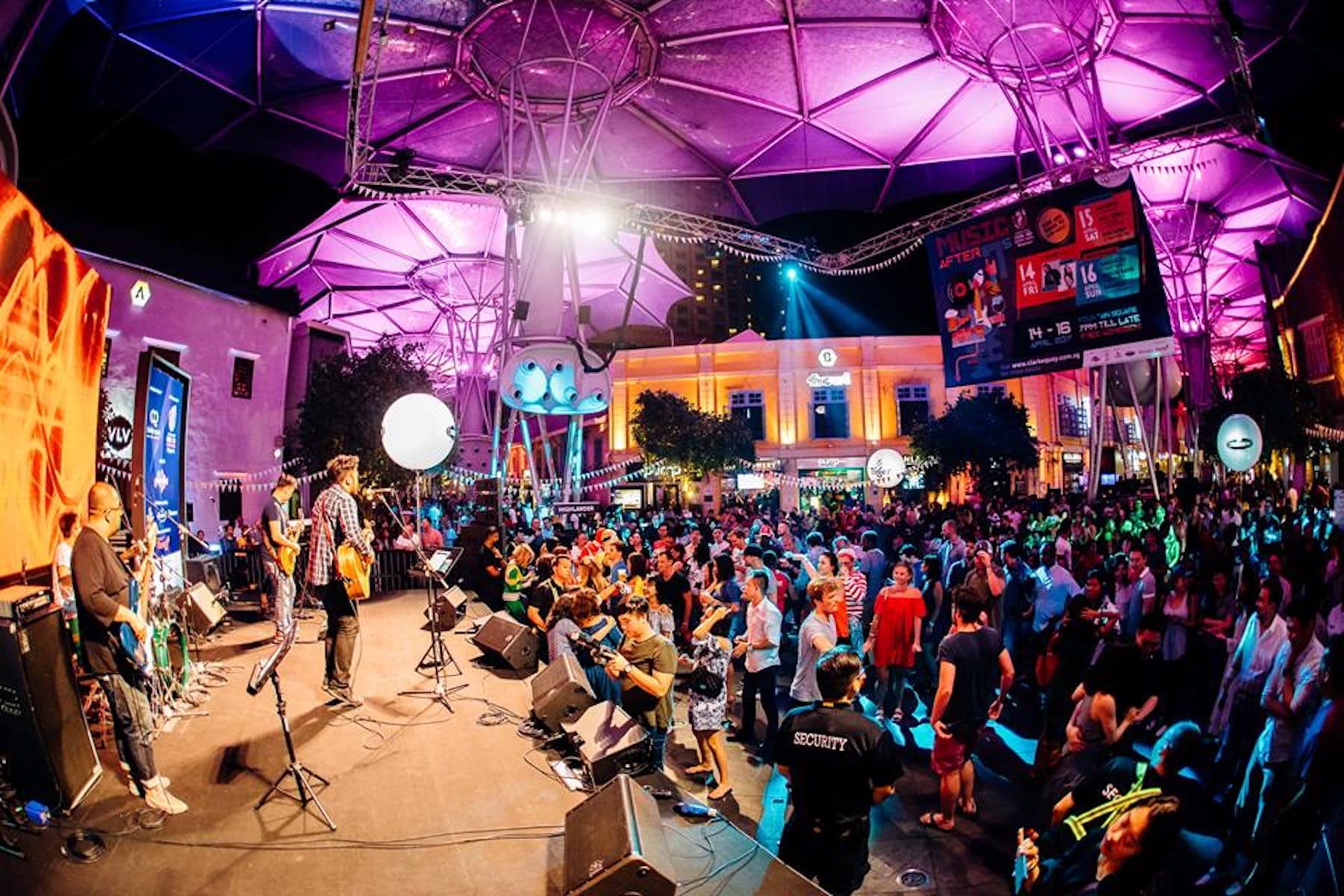 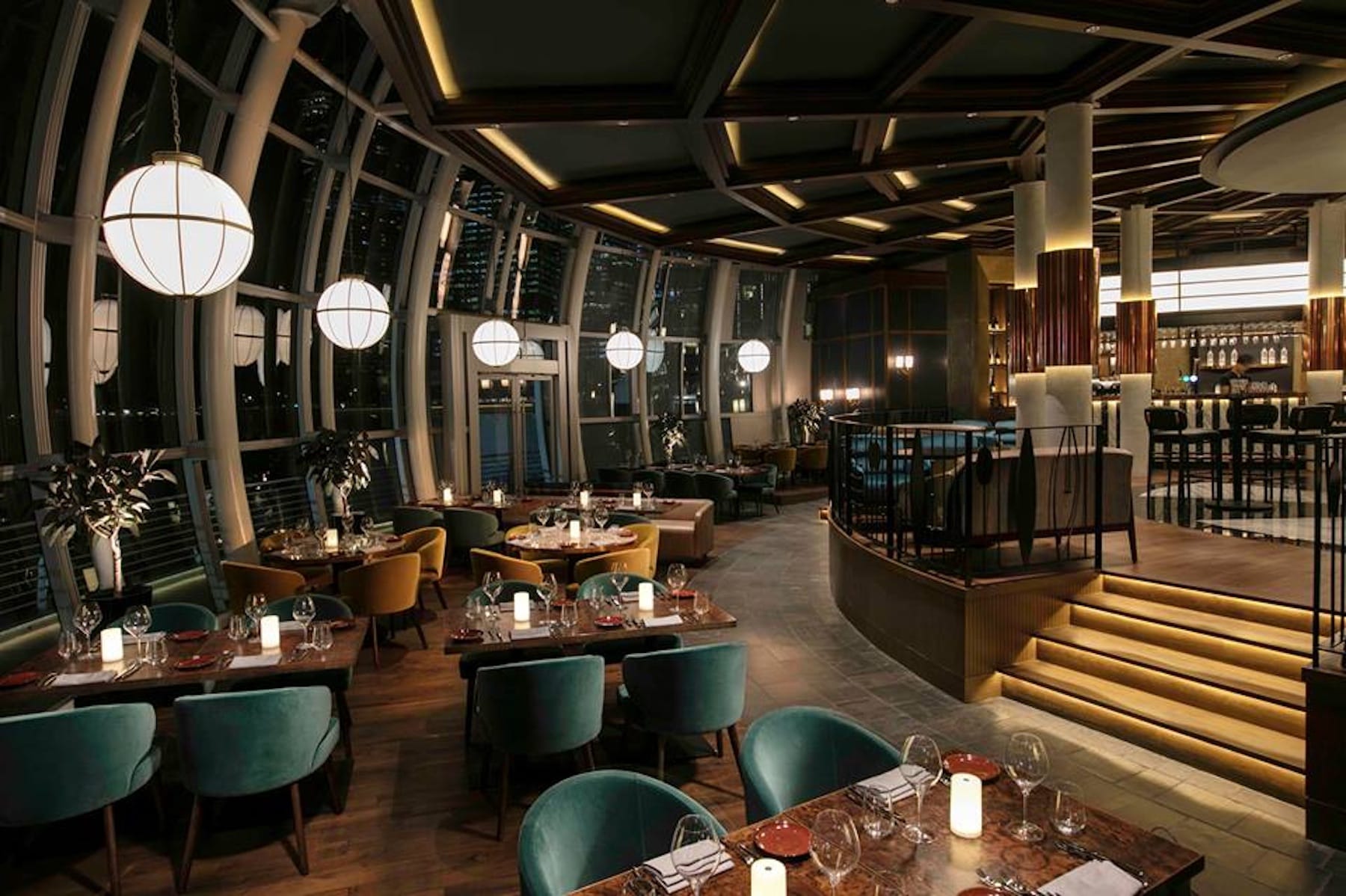 For those epicureans out there, Monti is celebrating their 1st anniversary with a specially curated 6-course fine-dining meal. The menu will include original creations by head chef Felix Chong, with delicacies like “House Cured King Salmon, Yuzu caviar & Vin Santo jelly”, and “Hokkaido Scallops with Celeriac & Truffle caviar”.

The dinner will then transition into a themed party with a live DJ set, so come dressed in your best 1920s-inspired outfit! 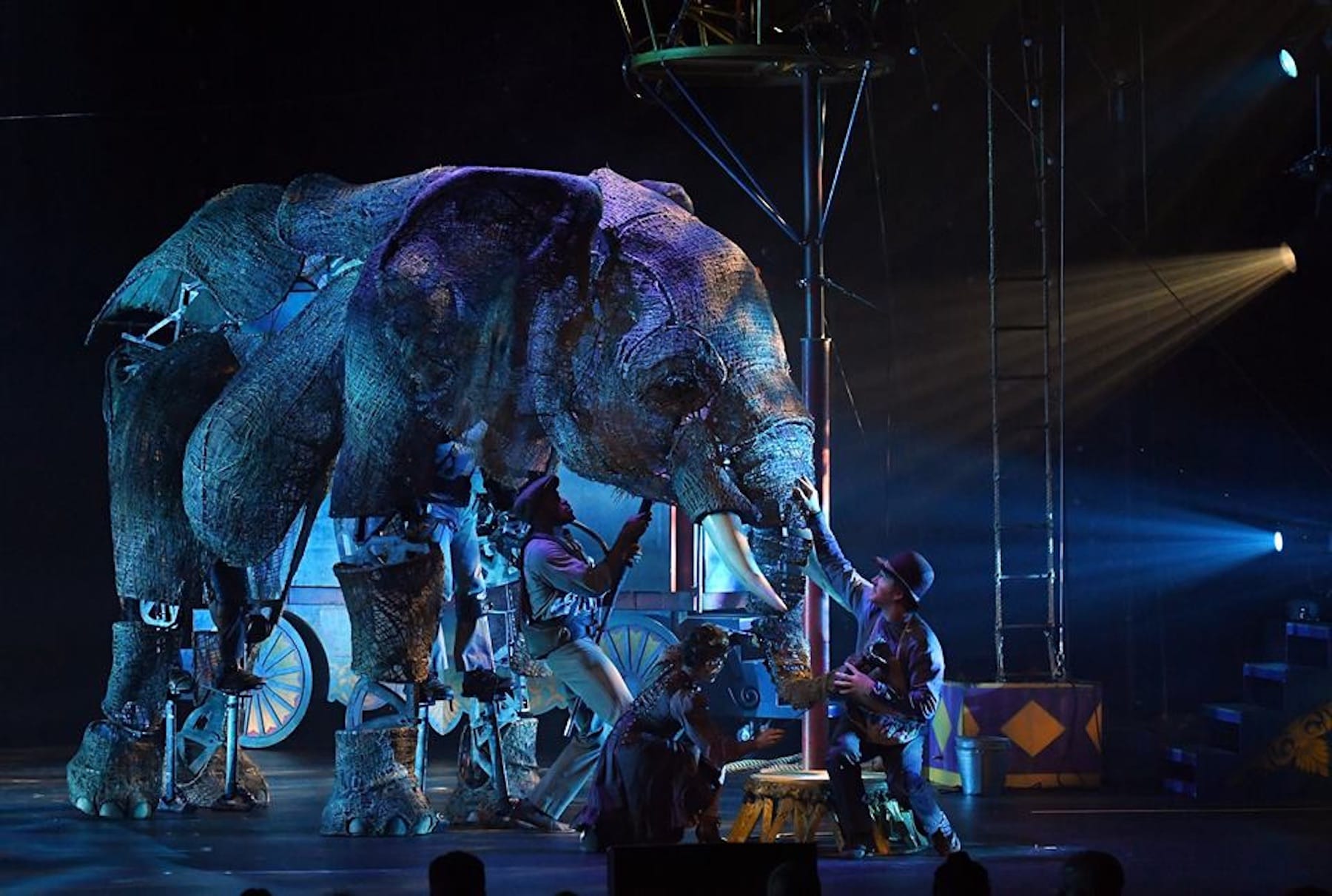 If you’re a theatre buff, mark your calendar for Southeast Asia’s premiere of the theatrical rendition of 1984, George Orwell’s dystopian classic that’s unnervingly beginning to hit close to home. Centred around a universe where an omniscient government keeps an invasive iron grip on its citizens, the haunting play follows Winston Smith, a low-ranking member of the ruling party, as he begins to resent the government, start a diary illegally, and fall in love.
Tickets are selling fast, so make sure to book yours ASAP here.
Address: Esplanade Theatre
Date & Time: 26th – 29th April | Thu: 8PM, Fri: 7.45PM, Sat – Sun: 3PM & 8PM
Ticket Pricing: $35, $60, $80
Website 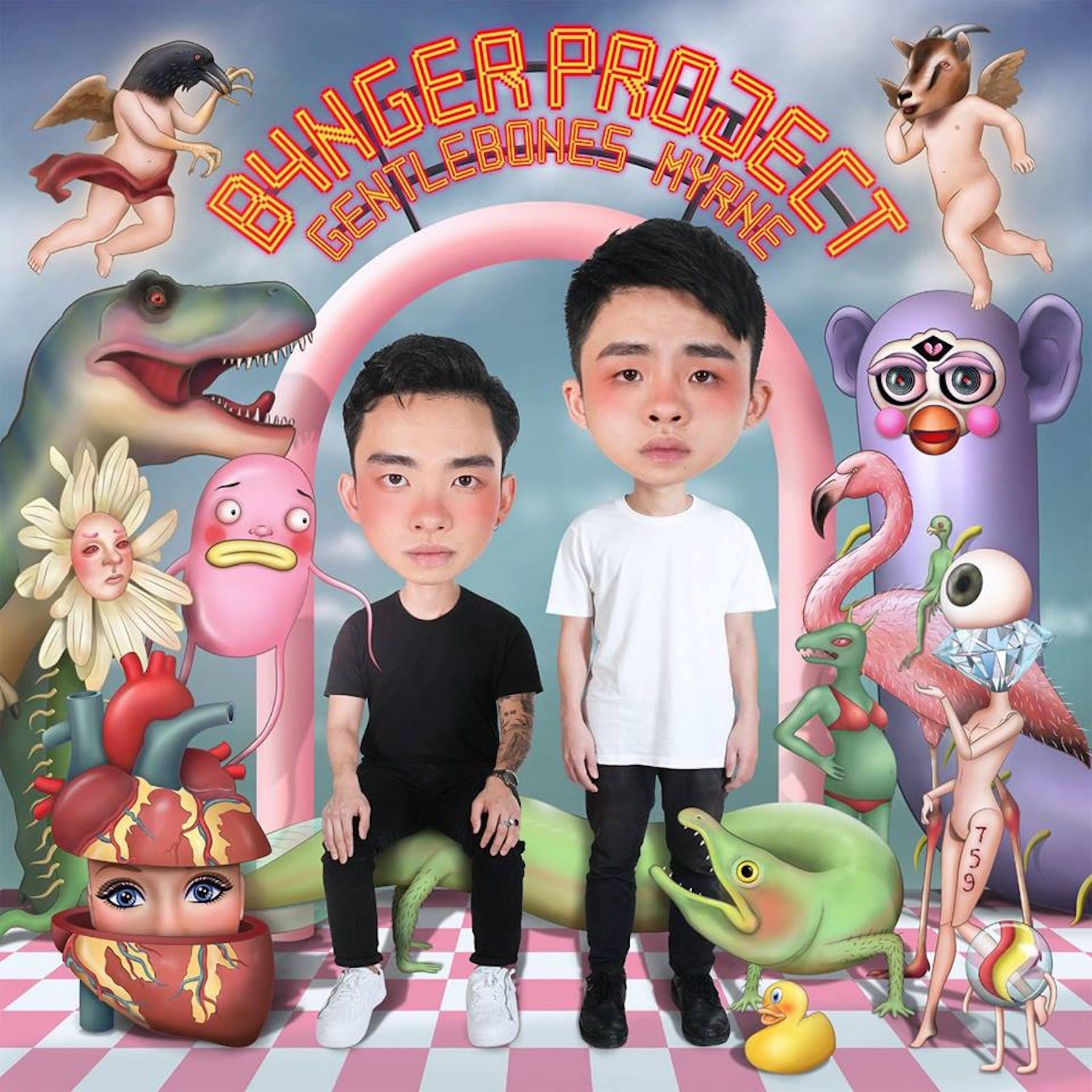 After releasing their first-ever collaborative album, “B4NGER PROJECT”, indie-pop singer-songwriter Gentle Bones and EDM whiz MYRNE will be performing their eclectic mix of soulful vocals and blood-pumping beats live on at THE B4NGER PROJECT SHOW!

Groove to hits like 7OVE YOU and B4NGER, and get treated to a performance by special guest Linying, who’s signed under US label Nettwerk Music Group. A unique DJ set by MYRNE will then end it all off with a bang.
Purchase your tickets here before they’re all sold out!