What better than creamy, candy-embellished swirls of soft serve on a sweltering summer afternoon? As the world continues to abound with ice cream parlours rolling out decadent creations of this less-than-frozen ice cream variety, we’ve uncovered 10 more soft serves to salivate over.
1. Junked Food Co. – Canada 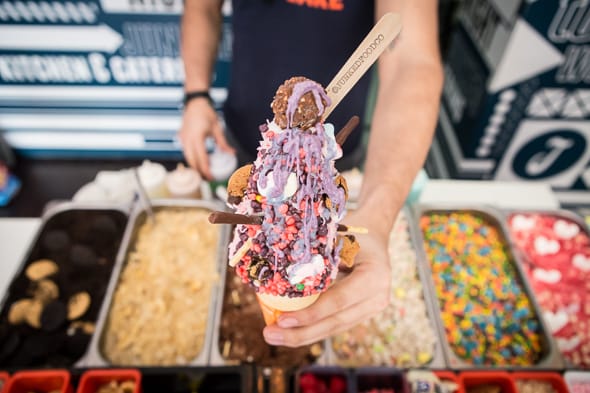 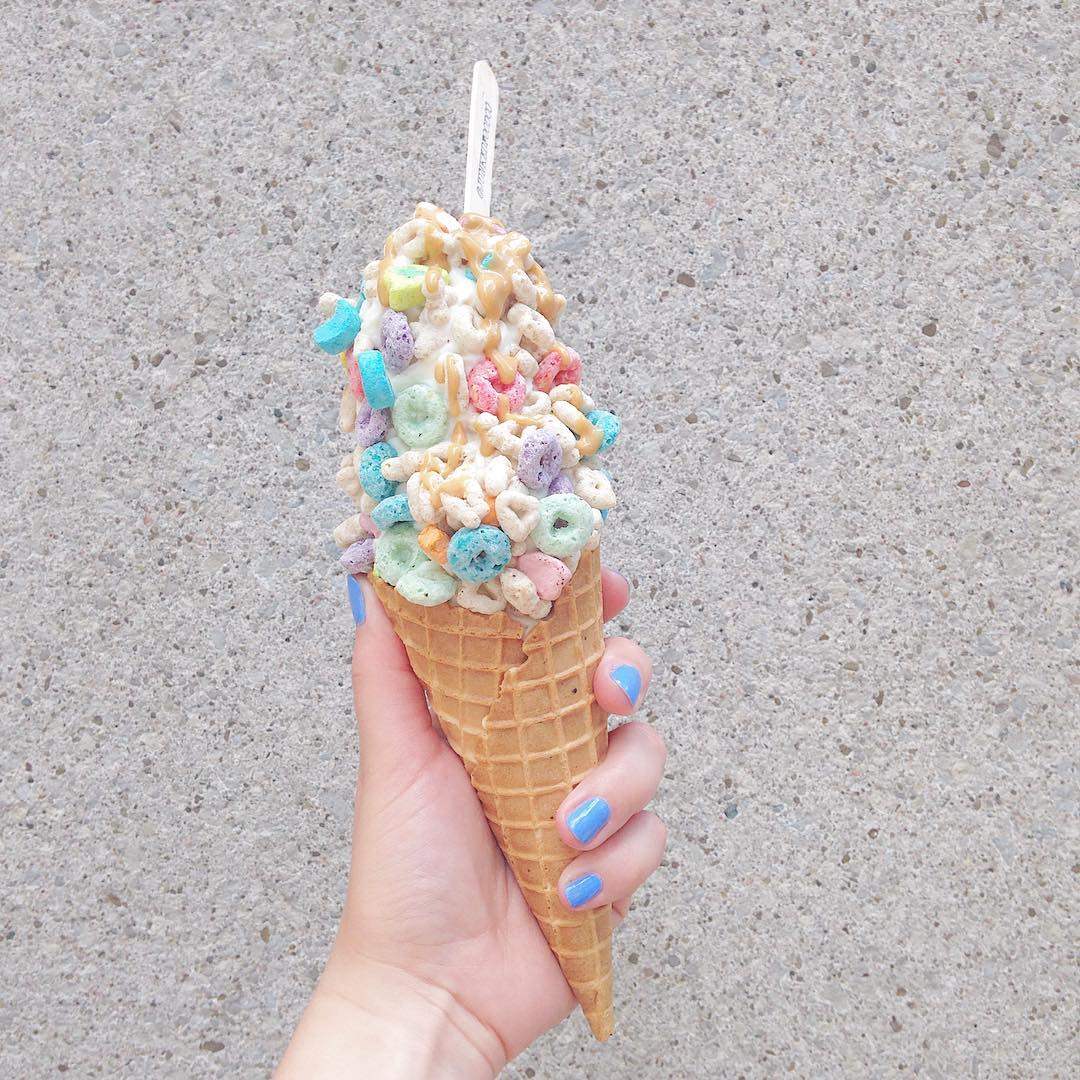 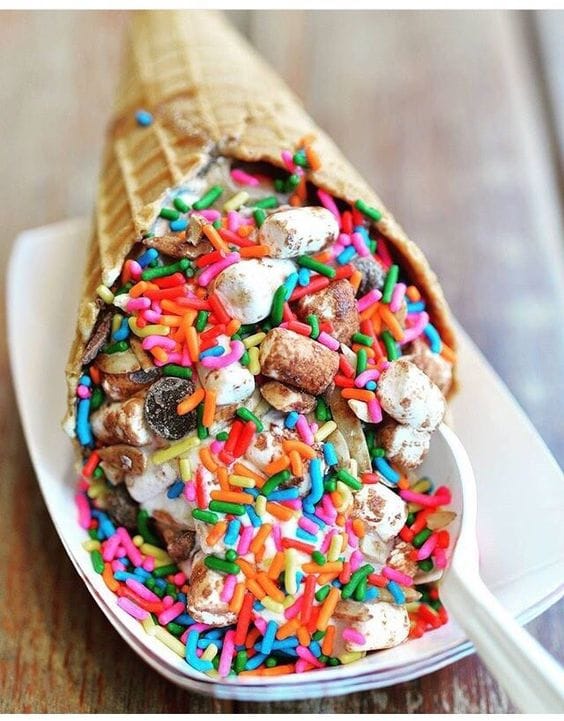 We’re more than used to the conventional taiyaki with azuki red bean paste filling, but a fish cone stuffed with soft serve? This dessert at Taiyaki NYC is swimming into our hearts with the ingenious marriage of ice cream and taiyaki. A popular flavour on the menu is Straight Outta Japan, a cone brimmed with matcha and sesame ice cream, red bean paste and mochi.
Address: 119 Baxter Street, New York, NY 10013
4. Daily Chiko – Japan 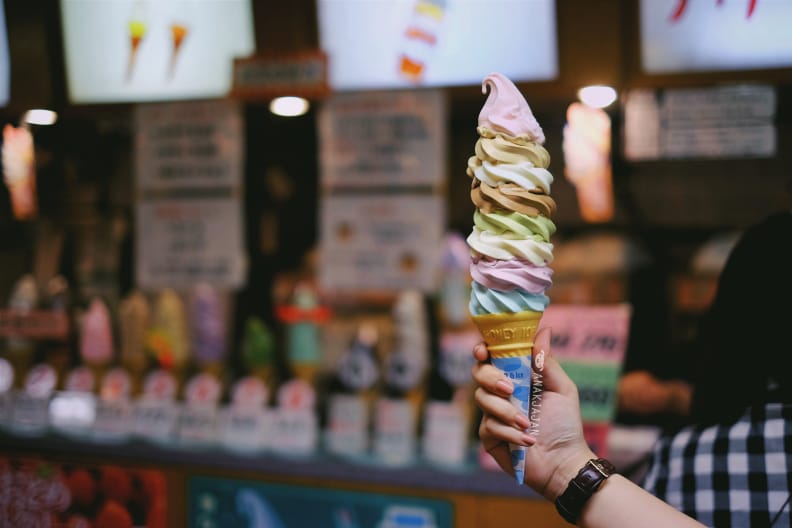 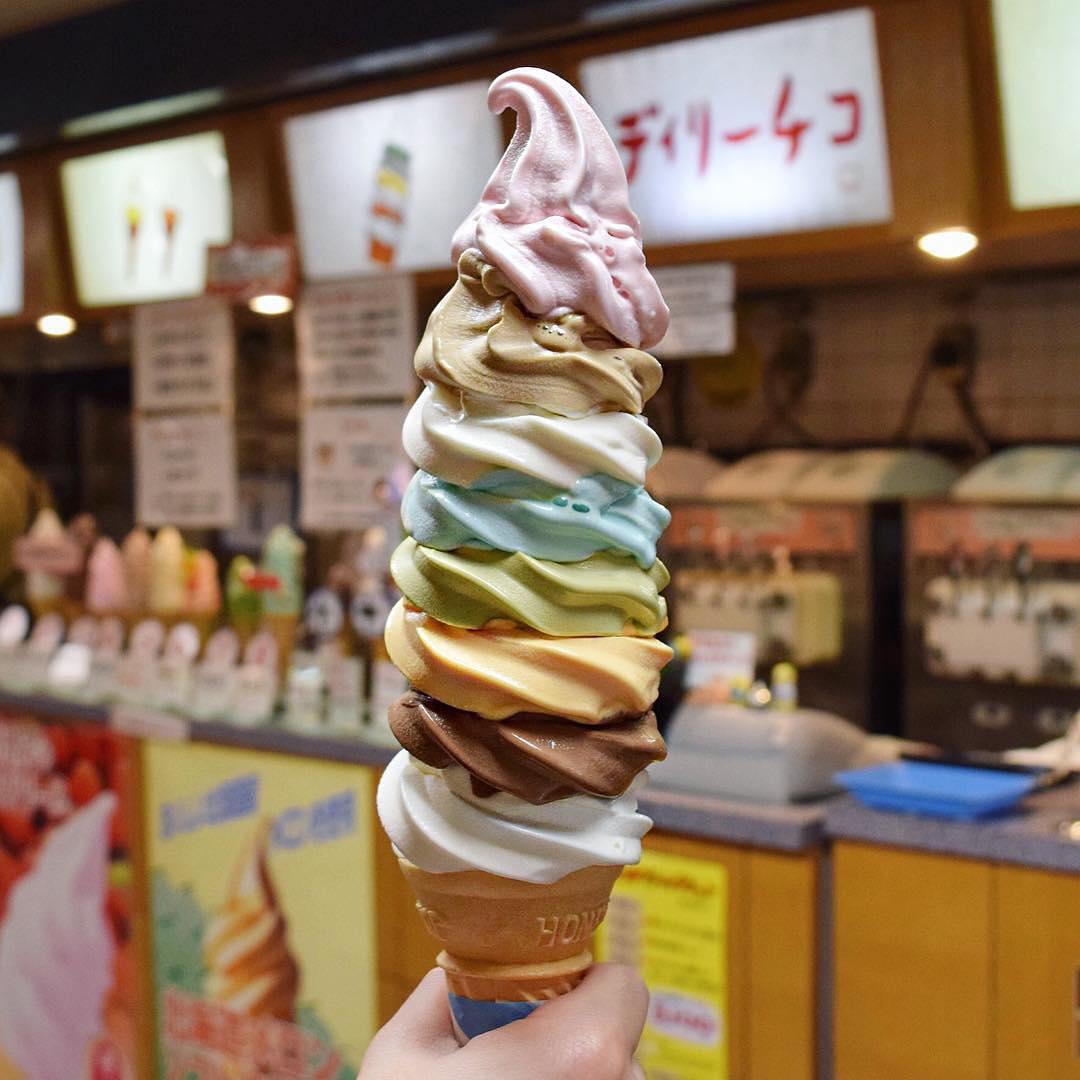 You can always trust the Japanese to be one step ahead when it comes to food. This super-sized soft cream (Tokudai) at Daily Chiko is served with eight layers of soft cream and no two flavours are the same. The extensive selection of flavours available will have you concocting the ice cream of your dreams.
Address: Nakano 5-52-15, Nakano Broadway B1F, Tokyo-to, Nakano-ku
5. Swi:t B 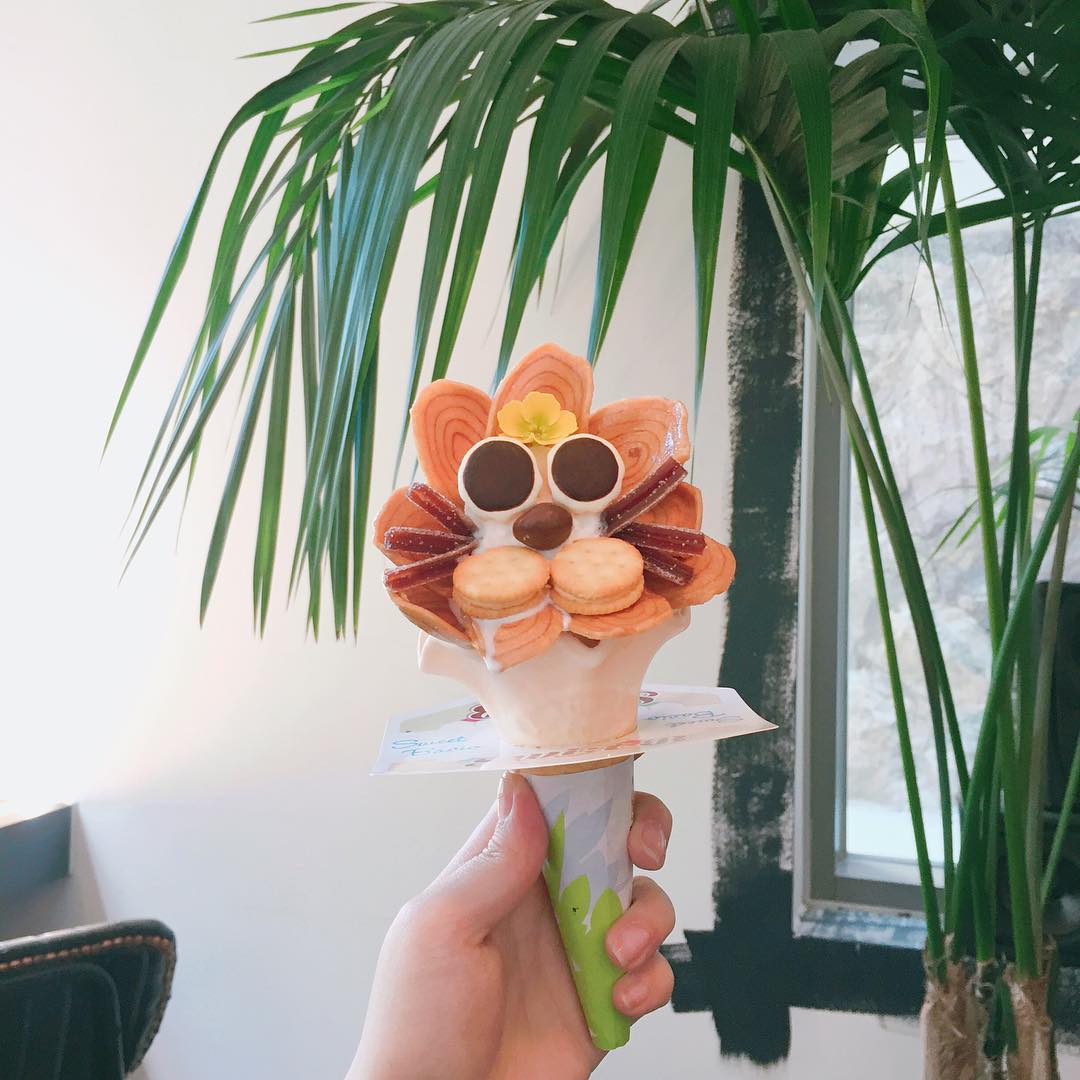 This ice cream parlour in South Korea will bring out the inner child in you. Their playful animal-themed creations are too adorable to pass — how could anyone say no to those eyes? Visual feast aside, Swi:t B also has premium soft serve flavours such as pistachio, whisky and cereal.
Address: 5-100 Yongsan 2(i)ga-dong, Yongsan-gu, Seoul, South Korea
6. Milk Beard (白鬍子) – Taiwan

If cute is not what you aim for, this sophisticated take on soft serve at Milk Beard might be right up your alley. The divine combination of fresh milk, honey and Japanese whisky is essentially a holy trinity of flavours in a dessert. Peaking in a crispy cone, this creamy, booze-flavoured soft serve creates a sweet layer on your tongue before the richness of the whiskey cuts through.
Address: No. 8, Alley 29, Lane 205, Section 4, Zhongxiao E Rd, Da’an District, Taipei City, Taiwan 106
7. Cremia – Japan

Cremia is a new soft serve that is taking Japan by storm. Compared to regular soft serves, this is made with premium Hokkaido milk and heavy (whipped) cream to achieve a creamy, milky texture. The star of this soft serve is undeniably its cone — made with langue de chats (thin cookies twisted into a cone shape), this is an indulgent treat of impeccable quality.
Address: B2F, Hankyu Sanbangai Minami-kan, 1-1-3 Shibata, Kita-ku, Osaka-shi, Osaka 530-0012, JAPAN | 1F, Haimanten Jinnan Bldg. 1-19-3, Jinnan, Shibuya-ku, Tokyo 150-0041, JAPAN
8.  Jakodesu – Japan

This bizarre flavour is yet another seafood-inspired creation in Japan. Instead of the nostalgic rainbow sprinkles you get on a vanilla cone, the soft serve at Jakodesu is adorned with small fry fish. The saltiness of the fish actually complements the ice cream decently — you have to try it to believe it.
Address: 29-6 Takaiwa, Morozaki, Minamichita-cho, Chita-gun, Aichi
9. Cow Tipping Creamery – USA 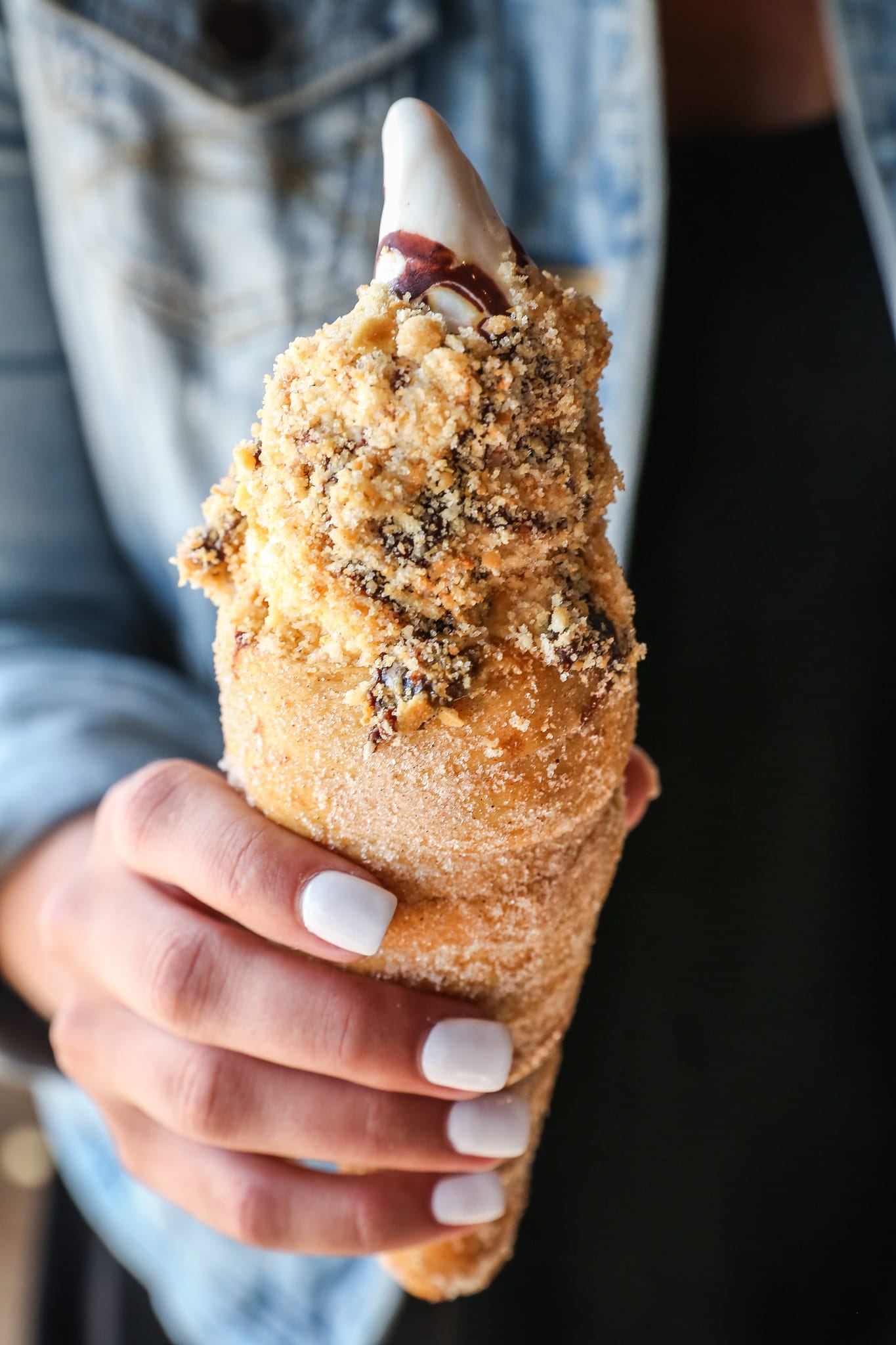 Waffle cones are fast being relegated to the back seat as ice cream parlours continue to experiment (and subsequently wow the world) with new vessels to serve up ice cream. Here at Cow Tipping Creamery, you will witness and taste the surreal harmony of a deep-fried donut cone and creamy soft serve.
Address: 4715 S Lamar Blvd, Austin, TX 78745, USA
10. i CREMERiA – Hong Kong 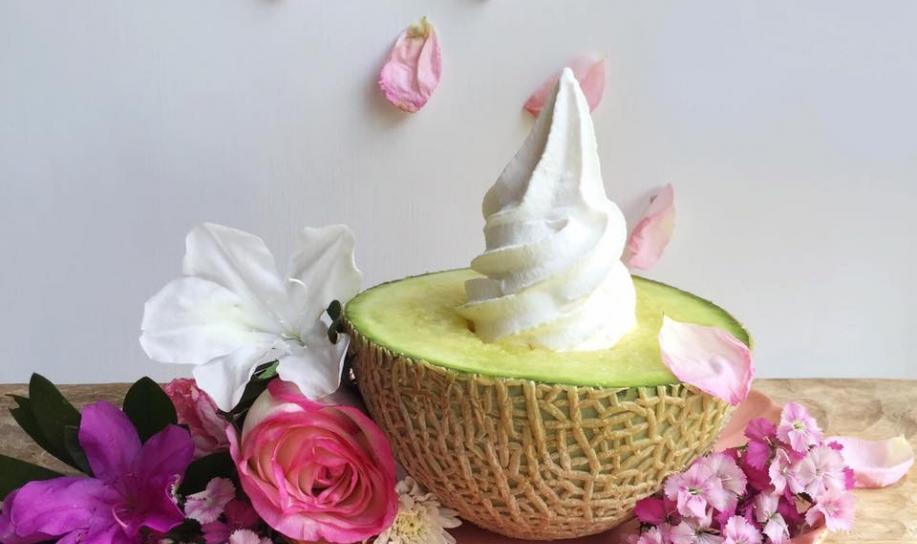