Serving a variety of authentic Spanish cuisine, Marbel-Lah is a private dining experience formed under the union of a Spaniard from Marbella, Spain and Singaporean. Conceptualised with a play on the words Marbella and ‘lah’, a well-known Singaporean slang, the restaurant welcomes anyone who would like to experience an authentic Spanish dinner from the comforts of their own backyard.

Now offering a full seven-course dinner menu for five to eight pax in the restaurant’s 3,500sqft compound, this $139 experience comes complete with the appropriate wine pairings. Set to alter their menu in accordance to the season, the restaurant’s current dinner menu consists of a traditional embutidos board known as the Tabla de Bienvenida, the Pulpo a la Gallega which features poached octopus on a bed of potatoes seasoned with paprika and olive oil; a modern interpretation of the humble soup found in the villages in Castille known as the Sopas de Ajo, a simple rice dish filled with moist and juicy pork and rosemary known as the Paella de Carne, and a dessert from the middle ages known as Flan de Mama, amongst a variety of other unique dishes.

Subsequently, Marbel-Lah will also be offering a variety of mains in the form of traditional Bocadillos sandwiches for takeaway in the near future. All interested guests are cautioned that in order to maintain the authenticity of the restaurant’s Spanish dinners, the food served will not be halal, gluten free, dairy free or vegan.

Any food allergies will have to be clarified when the booking is made, and any last minute requests may not be entertained, however Marbel-Lah will try to be as accommodating as possible. 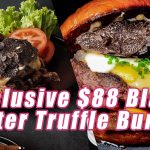 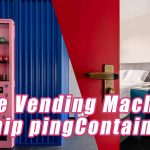