Situated on the 3rd floor of Famille Station Mall, right next to the Express Bus Terminal in Seoul, Starbucks Famille Park is regarded one of seven most beautiful franchise outlets in the world. 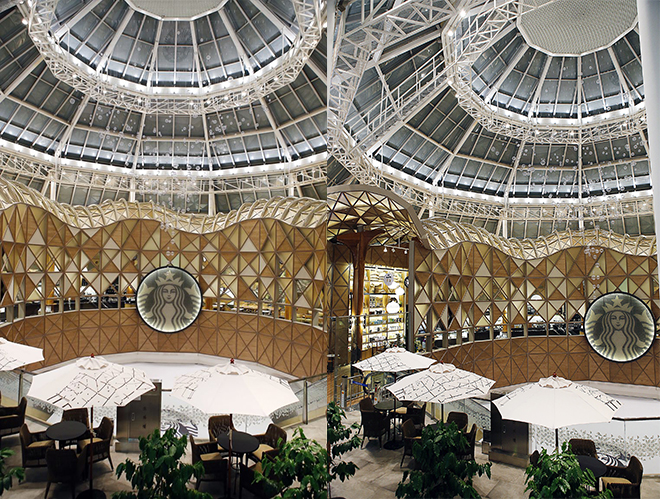 Built in 2014, to commemorate the 15th anniversary of Starbucks entering Korea, the Starbucks at Famille Park not only marks the nation’s 800th franchise outlet, but also operates as the brand’s Reserve. 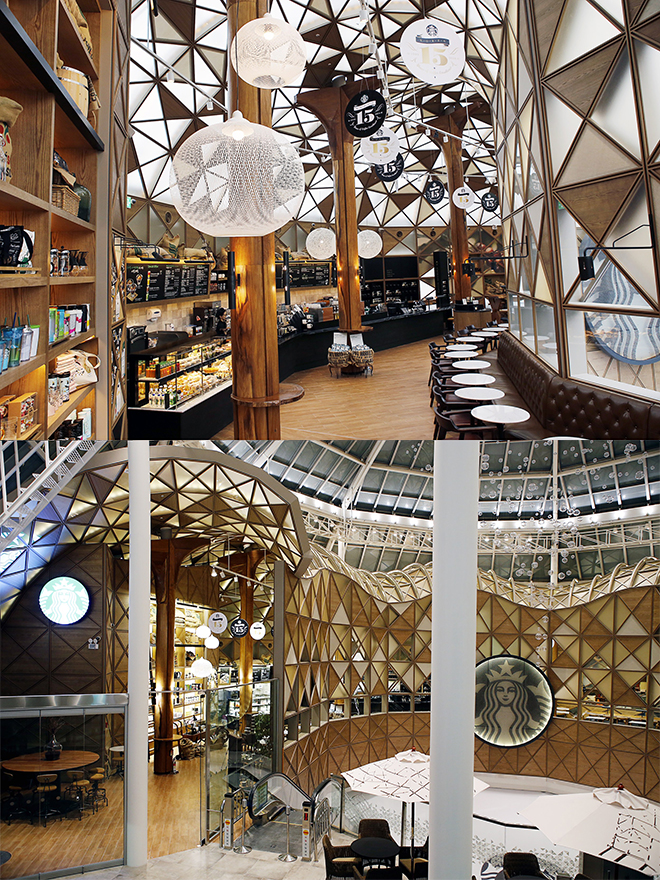 Conceptualised to showcase an expansive geometric glass dome structure, this store features an interior lined by potted coffee trees, plush furnishing, an abundance of wood, low-hanging installations, and other decorations which comprise of eco-friendly materials such as burlap bags.